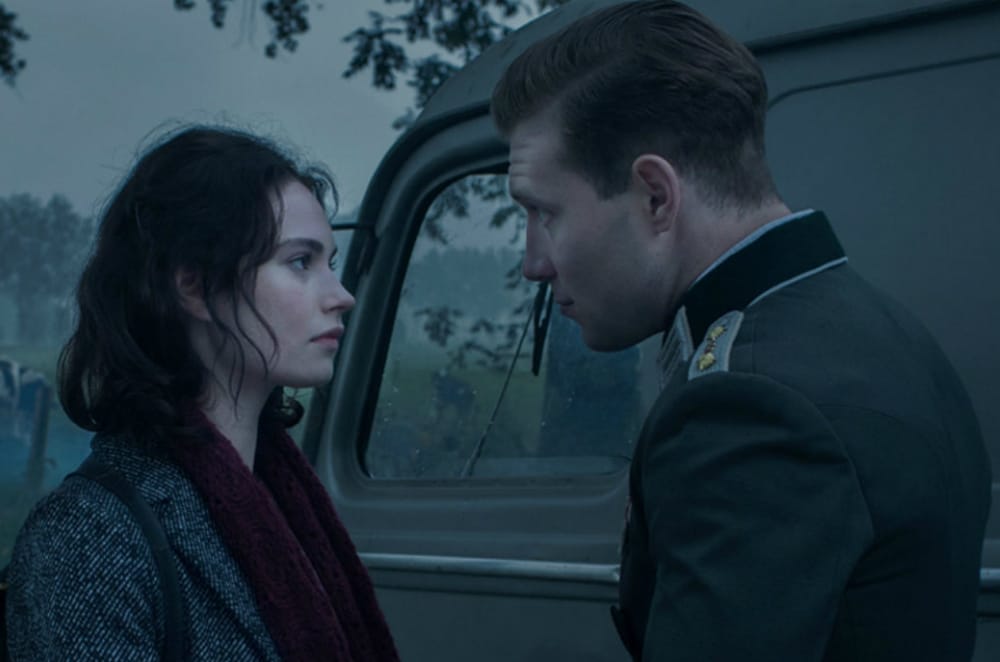 The Exception is noted theatre director David Leveaux’s adaptation of Alan Judd’s novel The Kaiser’s Last Kiss and stars Canadian icon Christopher Plummer as the Kaiser, Australian Jai Courtney as captain Stefan Brandt and English actress Lily James as Mieke, who all become embroiled with each other in the film. At last year’s TIFF, we were lucky enough to sit down with James and Courtney for a paired interview and they revealed many layers of the powerful and intriguing film.

Brief Take: Were you familiar with the source material before filming?

Lily James: Not before. I read the script first, which I loved.

Jai Courtney: No. I, too, read the script and then the book, which I loved as well. I think they were quite different in some ways, the structuring I think.

Brief Take: Did the two of you have any familiarity with each other prior to production?

LJ: Jai and I never met before we started filming.

JC: I had been watching Lily from afar. *laughs* We’d never met.

JC: I spent a lot of time around her. *laughs*

Brief Take: In your film, characters have divided loyalties.

LJ: Yes, that’s what’s really beautiful about the story. These people form relationships whom you would never expect to want to have anything to do with each other. You can overcome that, and the humanity of that, the imperfect nature of people and love…

JC: No, you’re right. I think you’re bang on. It’s love over ideology, and I think it asks the question of, certainly the characters, “what sort of man are you when the uniform comes off?”, and the importance of that search for truth and sort of really understanding to what you stand loyal.

Brief Take: What was it like to work with Christopher Plummer?

LJ: I mean, working with Christopher was just completely incredible, he’s phenomenal to watch and it gave me chills. It’s just power and truth and he’s fun and funny and such a charming, wonderful man.

JC: He’s a funny man, he’s a very funny man, and he’s obviously such a legend. I think we felt really privileged to be not only in his presence, but to be able to share the screen and get into such lovely, rich material with such an incredibly gifted actor as himself. So it was really exciting and I think something we’ll never forget.

LJ: Hadn’t he wanted to play this part for a long time? So I feel very grateful to have been part of this moment for a long time, and I think everything really came together. His Kaiser is like…the part he was born to play.

JC: It all happened quite beautifully, the timing, and I think he was about the age of the real Kaiser and I think David Leveaux was the perfect director for the story. We felt really lucky to be a part of this with him in the title role.

Brief Take: Christopher Plummer has had a versatile career path. What did you learn from him and wish to aspire to from his career?

JC: I think what is most true, and what Christopher has always been in the pursuit of was storytelling, really, quite simply. I think practically it’s interesting and you can diversify and jump through large high-energy kind of pieces and maybe more obscure artsy things. I think, like any actor, and he’s one of the greatest, you’re in the pursuit of challenge and growth, and I think even now at eighty-something he’ll try to challenge himself and grow as a performer. I don’t think that the desire ever stops, so it’s admirable and quite inspirational to see someone of his caliber and experience still going after that, and something I hope to echo.

LJ: Such vigor and passion as well is infectious.

Brief Take: What was it like working with a director who has done primarily theatre work?

LJ: I think what was great about working with David was that theatrical background because we had quite extensive rehearsals and we went about it in the time you don’t always get on a movie.

JC: I think that he brings that atmosphere that is rooted in the lens he sees storytelling through. It’s  interesting because the two mediums are vastly different in their preparation, but their approach is the same, and finding the truth in what you’re doing, the art and the musicality of a piece, those are universal themes.

LJ: I felt like I was in safe hands in regards to truth, and what he felt was truthful, whether that’s on stage, or whether you’re watching it from a monitor, I think it’s the same.

The Exception is available on Blu-ray, DVD, VOD and Digital HD on January 9th.