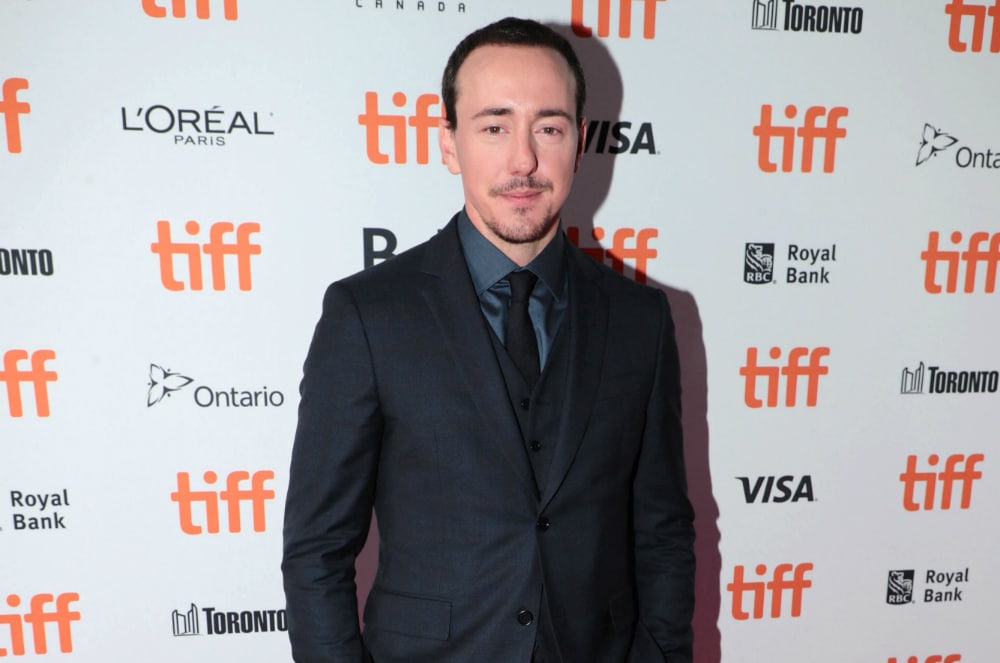 Chris Coy stars in Jason Reitman’s The Front Runner and in his already impressive career appearing in some incredible projects, he seems to have picked up great friends along the way. Check out some of the names that pop by his Instagram for proof of this, and it’s not lip service either. He has appeared in The Deuce, Treme, The Walking Dead, Detroit, Edward Zwick’s Trial By Fire (with Jack O’Connell, Laura Dern, Emily Meade and Jade Pettyjohn), True Blood, Castle Rock, Justified, Banshee, Homeland, Halt and Catch Fire, and the list just goes on and on.

In The Front Runner (which had its world premiere at TIFF this past September), Coy plays Kevin Sweeney, Gary Hart’s 29 year-old press secretary. In our phone interview, the accomplished actor spoke a great deal about the gravity that comes with such a project, but also about his place within the acting landscape.

The following is a condensed and edited version of our interview with The Front Runner‘s Chris Coy.

Brief Take: What was your TIFF experience like with The Front Runner?

Chris Coy: Surreal, for many reasons. Toronto itself was beautiful and so much fun, and I think that most of us weren’t ready for how late Toronto stays open. [laughs] The first night we were there, we were out and like “let’s close this place down, what time do you guys close?” and she was like “we’re a bar and it’s the Toronto International Film Festival, we don’t close”. Beyond the city itself, a dream come true, I’m at one of the greatest film festivals in the world and I’m there with one of the most talked about movies that’s being included, and that movie stars, well I would say that I could only speak for myself, but I can speak for all of us, I know for a fact that Hugh Jackman already was a hero of ours going in, and then he just proved that to a staggering degree. He’s such a good man; a hard worker and great actor and such a nice person, and so to be there with him, in a movie that Jason Reitman directed, and on top of that I’m surrounded by a bunch of my buddies, they’re all living the same dream I am, is just…surreal and incredibly positive, it was bananas! To be honest with you, we were all just like “is this shit happening?”. [laughs] 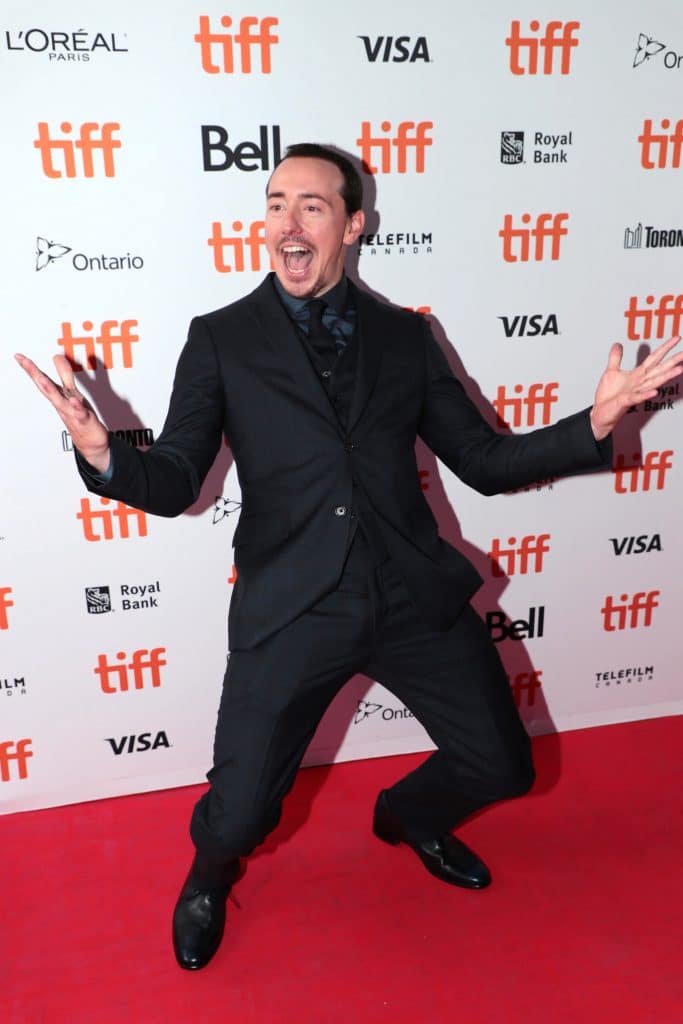 BT: You’re in the era of the seventies on The Deuce and the eighties in The Front Runner. In which time period do you feel the most at home?

CC: [laughs] I gotta say that I enjoyed both of them. The Front Runner was fun for me because I was born in the eighties, but I didn’t get to experience it because I was born in ’86, so I was a baby. But it was fun to be “oh, I’m the same age right now that my mother would have been when she had me, and so this is the clothing and the style.” Just beyond that, Jason and his team spent so many hours and put so much attention into detail with making sure that world lived and breathed as it did in the time. I’m really lucky with the period pieces that I’ve worked on and the people in command of those ships care so much about the truth and representing it accurately. What person doesn’t want to travel in time, especially one that was raised on the Back to the Future franchises?! Getting to bounce between those two projects while I was making them, and then now, when The Deuce Season 2 has just finished its airing right as The Front Runner is coming out, it’s like I’m getting to experience both of them again from a viewer’s perspective. Again man, it’s just the dream. I’m just so so happy.

BT: We had the chance to speak with your Front Runner co-star Mark O’Brien recently.

CC: He’s a good dude and he’s become a really dear friend. That was a really great movie in terms of fusion and bonding amongst the cast. I have to give credit where credit is due, a lot of that is Jason Reitman, he really encouraged us to get together and would organize things where it was easy for us to all get together. It was one of the most fun filming experiences I’ve ever had. The camaraderie – not only are we pretending that we’re supposed to be one unit with a singular vision, but we actually are. Because we’re all making a movie together and we all want it to be a good movie, and we all want to tell the story right, it’s really conducive to making good friends. We all seem to be lifelong friends too. There’s a text chain that we’re all on, and have been on for a full year since filming this, and there’s rarely a day that goes by without it being active. 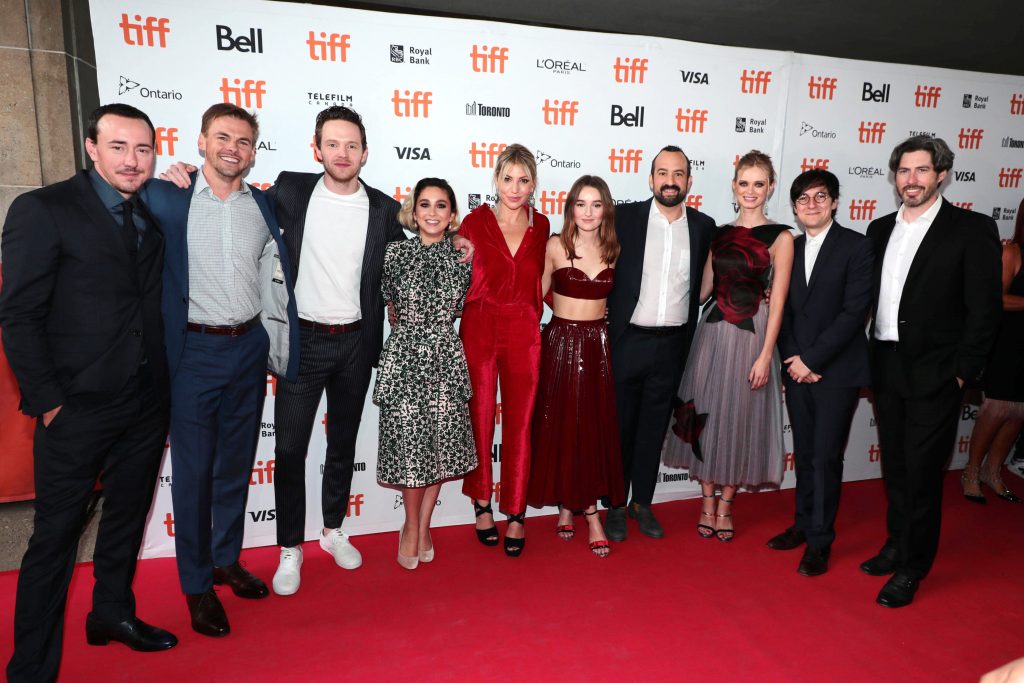 BT: One thing that Mark O’Brien said to us in our interview is “don’t hire assholes”. What has helped guide you on your acting journey to some truly great projects?

CC: I wish that I had more of a guiding hand or more control over any of that, or could take any credit for it. I’ve been tremendously lucky in the jobs that I’ve been able to acquire, and it’s been rare. I’m still very much just a working class actor who hasn’t afforded himself the opportunity to be really picky. It’s just that the ones that I’ve been able to book or who have wanted to hire me have turned out to be great projects full of great people. You know, Mark O’Brien is the only asshole I’ve ever worked with. [laughs] He would love that, if that goes into press. If you try to be a good person yourself, if you’re always looking inward and maintaining a positive core, you’re honest and you treat people the way that you want to be treated and you work really hard, you acquire some sort of magnetism which hopefully draws like-minded, similar people to you. If I can attribute it to anything, it’s got to be something like that. Not to get too metaphysical, but you’re right, I have ended up on project after project with fantastically talented and good-natured people. I’m in my car and I wish I had a piece of wood to knock on, because I hope that never ends.

BT: As a person of influence, do you feel like you have a responsibility to speak up against injustice?

CC: Yeah, a huge responsibility that I feel the pressure of at all times, especially the pressure of in prep, especially when it’s stories like these ones that are true stories. We examine moments in our own lives and in our country’s history where maybe we didn’t do things exactly the way we should have, so we can hopefully learn from those moments. Jason Reitman with The Front Runner has said “this isn’t a movie where I’m answering any questions for us. I’m asking them and I’m saying these are the things that I’m wondering” and “what do you guys think?”. I think that’s a bold and admirable move for a director to make. Often times, because you want your film to be successful, we can be caught up in the idea that it has to be easily understandable or it has to be something that makes people feel good. And the fact that he went into this consciously knowing they’re not going to leave the theatre feeling good, they’re hopefully leaving the theatre thinking, and I think that can be a scary thing to do as a director. And he did so fearlessly and with precision too. That guy’s a sniper when it comes to storytelling. We should be telling stories that encourage progressive thought and ask us to reexamine ourselves. Shakespeare says that “the purpose of playing…is to hold, as ’twere, the mirror up to nature” (Hamlet: Act III, Scene ii), which I’ve always interpreted as “to take a look at ourselves, who are we, what are we, and how can we be better?”.

The Front Runner in now playing in select U.S theatres and in Toronto and Vancouver. The film will open wide in Canada and the U.S. on November 21st.