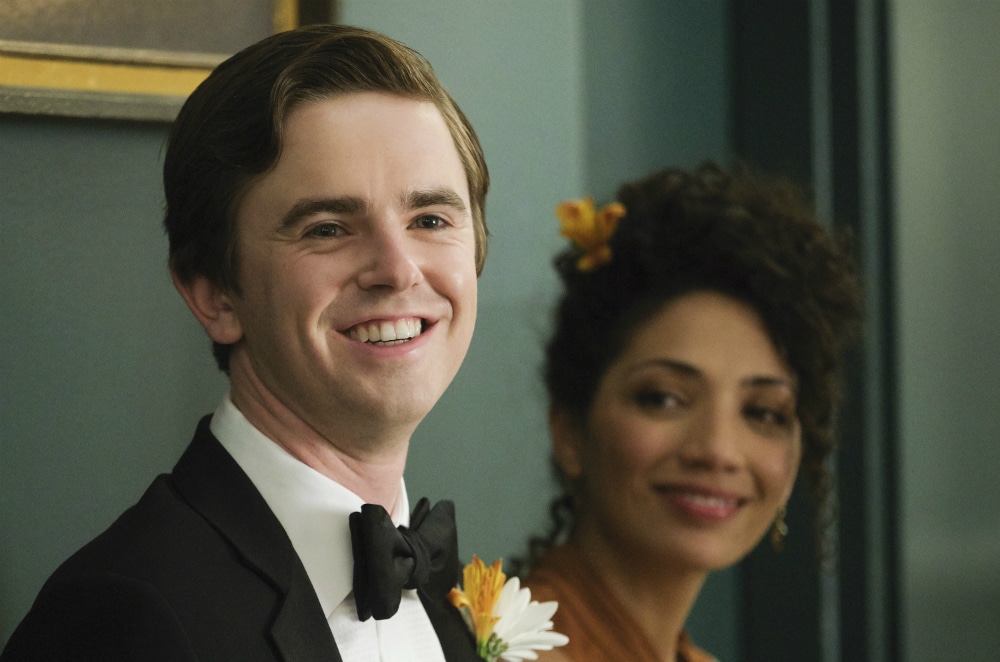 Season two of The Good Doctor saw a lot (!) of changes for Freddie Highmore’s Dr. Shaun Murphy. He was a resident, then was fired for having an emotional breakdown, then reinstated as surgical resident; he got over Lea (Paige Spara), took her advice and asked out Carly (Jasika Nicole); and did we mention he was also beaten up by a bar patron? Things can only go up for Shaun as fans eagerly anticipate his blossoming relationship with Carly.

Recently, we were delighted to be on a conference call with the multi-talented Freddie Highmore and a select group of international press as he discussed what’s coming up for his character in season 3. The following is a condensed and edited version of the discussion that ensued.

You directed episodes in season 2. Will we see more episodes directed by you this season?

Freddie Highmore: Yes. I will get to direct again in season 3, which is really exciting. I’m very grateful to David Shore for the opportunity to be involved not only from an acting perspective on the show but also writing and directing. I think directing more widely is something that I would love to do more of and love to continue as it moves forward.

I think the other thing is learning to direct. I got to direct on Bates Motel before this, it’s the perfect place to learn and to start to develop those skills. You’re in such a supportive environment with a wonderful crew, a wonderful DOP, everyone wants you to succeed, and it’s lovely to start up directing in that familial environment. 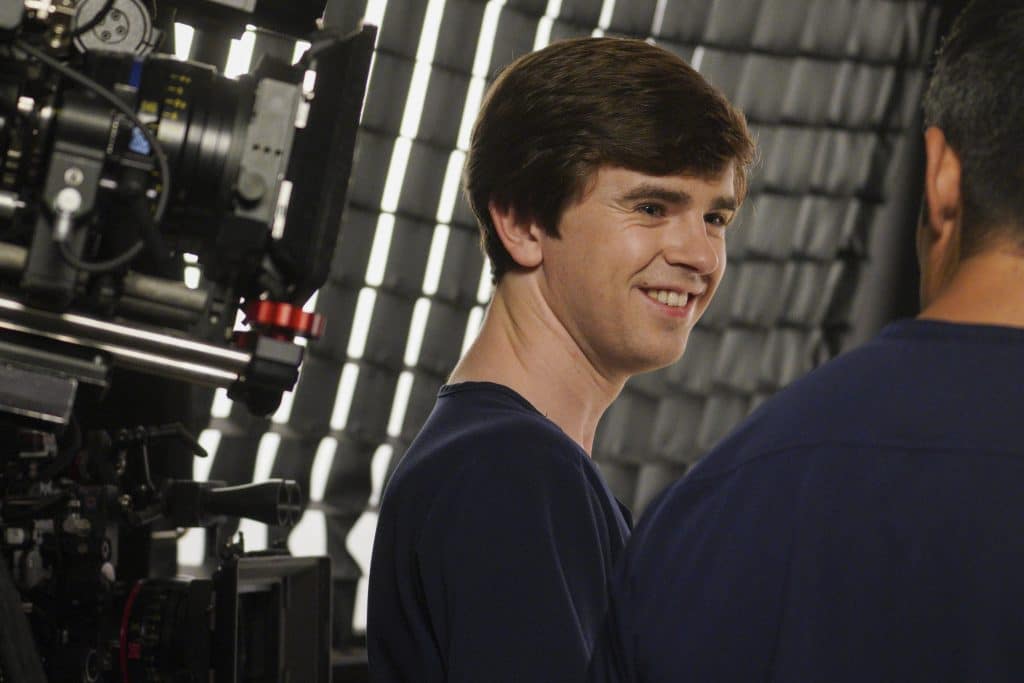 What’s your reaction to the various fans who all seem to have an opinion on who Shaun should be dating?

FH: I guess it would be wrong of me to side with Shaun ending up with one person or another at the end of his, hopefully, long exploration of love and what it means. But that certainly dramatizes the central question for Shaun this season is will he find love and sort of deeper than that, what does it mean to him, and taking things very much on a step by step, little by little basis.

I think one of the wonderful things about David Shore’s writing is that he has always managed to dig into the nuances of the character of Shaun and the idea that season 2 ended with Shaun asking someone else on a date and then saying yes and that feeling emotionally climactic enough to be the season ender is a good indication as to where things go in season 3.  It’s kind of really revealing in those small little moments as we see Shaun step by step, little by little learning to explore what love could be and what dating could be. And I think that it’s exciting for an audience to watch moments like that. I think those small, little experiences are incredibly universal but sometimes get glossed over on other shows. And so it’s remaining true to Shaun and to his condition and how he experiences love, but I think it’s also something everyone will be able to relate to.

There’s actually a documentary that I first watched way back before shooting the pilot called Autism and Lust which I love because I think so much of the narrative around autism can understandably focus on the very real struggles that people with autism face on a daily basis, be that, as with Shaun, communication or discrimination or any other challenges.

I guess the sort of focus in that documentary on lust and the most universal of emotions and seeing people with autism who are often categorized somehow as being an emotionless or devoid of emotion.

The idea of getting to show someone with autism and getting to tell Shaun’s story being about this most wonderful feeling that everyone feels and experiences differently has been really exciting. Trying to dig into on a nuanced level what Shaun is dealing with and what he is feeling as he tries to navigate the huge amounts of emotion that come with falling in love for the first time. How he is taking those little steps of going on a date or being physically closer to someone at all.  This new pool of sensation has been really interesting. 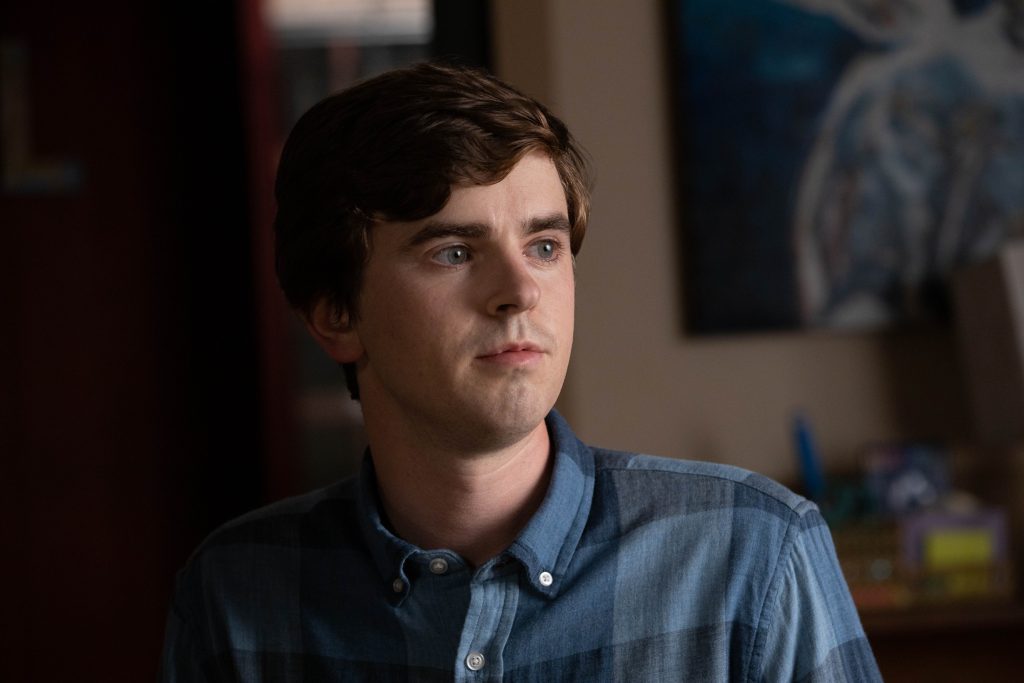 Last season, Shaun was transferred to pathology before gaining back his status as a surgical resident. Looking at this season, what do all these changes mean for Shaun?

FH: I think there will always be people who doubt Shaun, who question him. But to Shaun, even though he will change and grow and learn, he will always have autism, and I think that means people will always find a reason to discriminate against him.

He does see the world differently and he is different from other doctors that are at his hospital and that’s what makes him a brilliant surgeon and a worthwhile part of the team and someone that we love.

I think the flip side of that is not only does Shaun change and learn to fit in to the medical environment in a way that invites slightly less confrontation with others at times, I think he truthfully will change the world of the hospital. I think people are learning from Shaun and Shaun sees the world differently, and that unique perspective is something that can be helpful to everyone.

There’s so much turmoil around the world. I feel like something that everyone has responded to is the idea of taking a leaf out of Shaun’s book and seeing the world through a refreshingly honest and ultimately hopeful lens.  And I think all of us would be better people if we listened a little bit more to people like Shaun.

Shaun asks questions from a very genuine, nonjudgmental place. He doesn’t jump to judging people. He’s not afraid of expressing an opinion and he’s genuinely just trying to understand people. In a time when there’s so much division, Shaun is trying to bridge that gap a little bit. He’s genuinely curious as to where people come from.

There is also more emotional turmoil for Shaun this season. I think things are starting to be taken to the next level in terms of responsibility at the hospital and that means that Shaun will become more responsible.  The residents have their first surgery this year and everyone at the beginning of season 2 is battling it out for who will be the first person to get that opportunity, and of course all of the residents will have that first moment of being the first person who’s ultimately responsible for the life of the patients in front of them.

I think the stakes are higher in that Shaun now has more to lose than he did at the beginning. He was this underdog at the very start who was trying to find his place within a hospital but if we think back, had someone fired Shaun early on in season 1, it would have been easier to imagine him moving on to taking a different path in life or ending up in a different hospital.

Whereas now, he has much more to lose. Obviously he’s had a connection with Claire from the very beginning and he has his wonderful friend in Lea. I feel like Shaun and Dr. Park are becoming closer and forming their own sense of friendship in season 3.

So, while all of that is absolutely wonderful for Shaun, that he finds his place, it also means that the idea of losing it is even more heartbreaking. 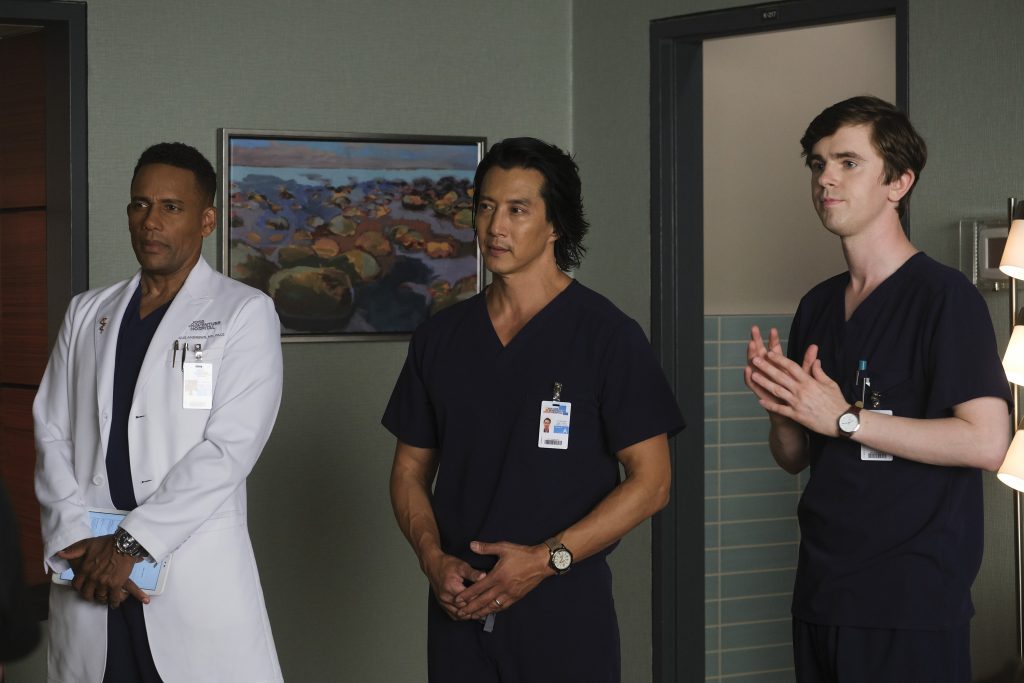 Autism and, specifically, savant syndrome are still highly stigmatized. In your opinion, why is it important for the show to openly depict and discuss them?

So we’re ultimately telling his one, singular individual story. Hopefully, it does raise awareness in a certain extent and can spark further debates and investigation and understanding of autism.

Shaun as a character speaks more widely to anyone who has felt marginalized by society or discriminated against for whatever reason or he feels like they haven’t been given their fair shot and their opportunity to shine.

I think despite him being a very specific character, whose story we want to tell very specifically and authentically, he’s also very universal.

There’s so many amazing veteran actors on the show that you get to work with. What have you learned from working with them?

FH: I think it’s a very collaborative loving environment on set where everyone feels like they can offer an opinion and have input into every scene and feel creative and to enjoy ourselves, but at the same time maintain a professional working environment.

I think that’s especially important with television because this is now our third season and hopefully, we will have more.  The idea that we still maintain on set is that every scene is important, every episode has to be as important as the one that came beforehand. It may feel like just some other episode and a whole string of episodes in a season.  But all of us are aware of the need to maintain the quality as best we can every single day.

In terms of season 2 coming to the end, it was wonderful to get to spend as many seasons as I did with Richard Schiff who’s a brilliant actor and also a wonderful person. I think he is constantly alive in the scenes. He’s always excited to try something different and to not come to set with too many preconceived ideas of how something should be but also just open to being alive and free to find something exciting. He’s constantly pushing himself and it’s a joy to work with him. 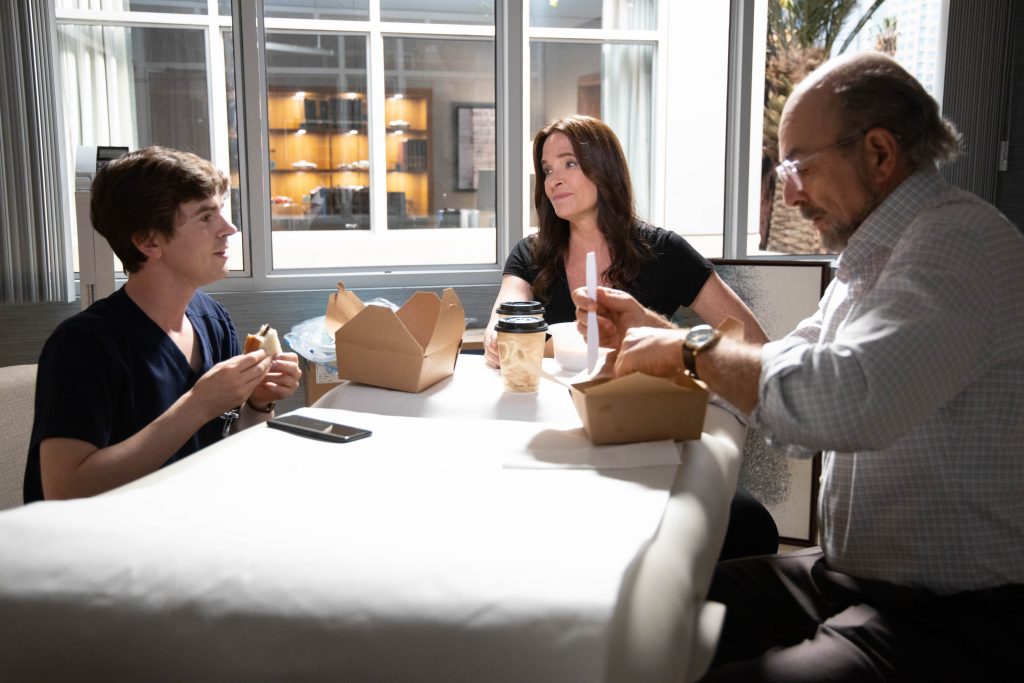 Have you had a favourite scene that you’ve filmed with Richard?

FH: Back in season 1, the more emotional scenes are the ones that are the most memorable from Shaun’s perspective. I think because they come at such a climactic moment in the story and in his journey. I feel like the time when Shaun lashed out to Dr. Glassman in season 1 was a big turning point for him. I think it was episode 9 in the atrium in that main room at the hospital – that was definitely memorable.

Last season, another big moment for Shaun was in episode 17, the one where Shaun gets himself fired clearly through trying to state his case and not knowing how best to express himself. So that was another memorable scene that I got to do with Daniel Dae Kim last year. Those are a couple that have felt special.

Earlier, you talked a little bit about having passionate fans of the show worldwide.  Is there a particular fan interaction that has stayed with you?

FH: Without going into personal stories or history, ultimately the most meaningful responses that we’ve received are from people within the autism community, either people who see themselves reflected in Shaun in some big or small way or people who have family members who are on the spectrum or children and seeing to what extent Shaun can offer a certain amount of hope, or even just someone to identify with and point to and say, “Shaun is a little bit like me.”  Those have been the most rewarding interactions. 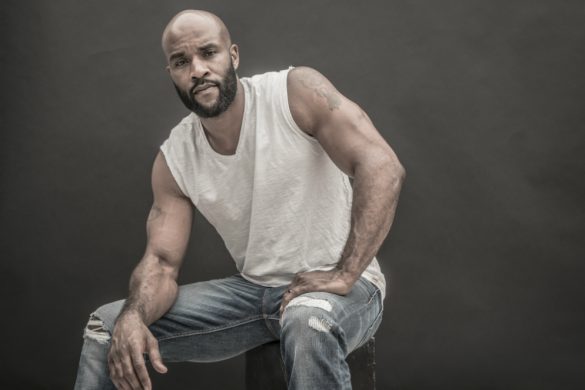 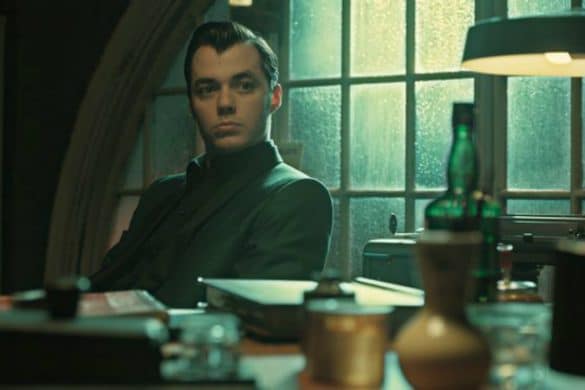