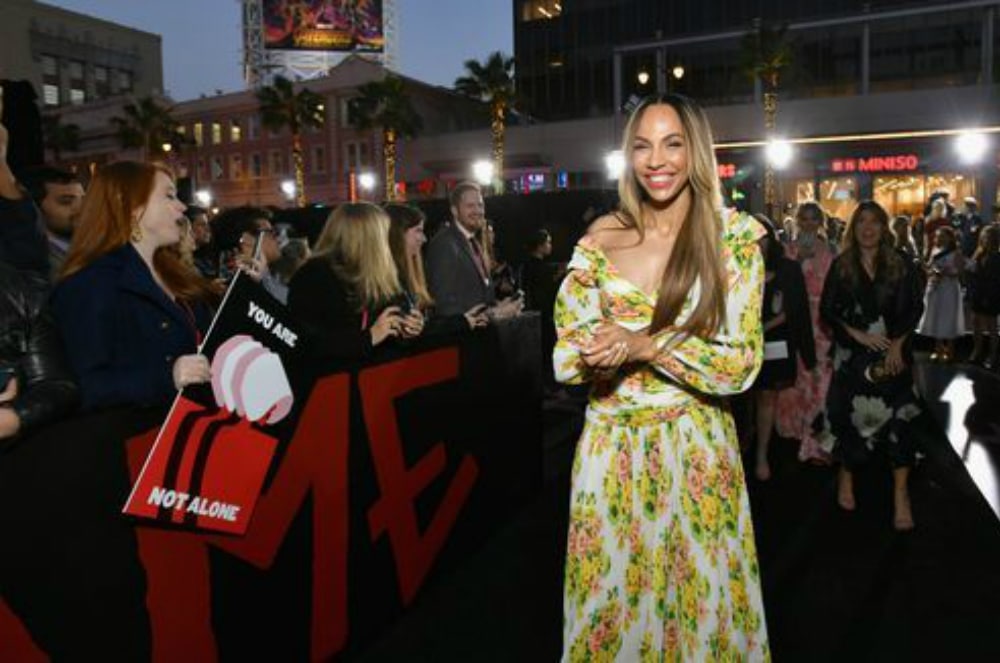 Amanda Brugel sets the interview bar with us at Brief Take and we’ve been a fan of hers, on and off screen, for awhile now. We were there when she hosted the CAFA event with the Canadian Academy where she delivered a blistering speech about the need to support Canadian female designers. We were there with her at the screening of Love Actually presented by Cineplex Events and Touchwood PR, and we caught up with her recently at the red carpet of the ACTRA Awards and the CSA’s, (plus she always ALWAYS is amazingly dressed and brings the steeze). She is always gracious, down to Earth and a joy to be around.

Naturally, we made a point to request to speak to her at The Handmaid’s Tale exclusive press day in Los Angeles, and as usual, Brugel did not disappoint. Though The Handmaid’s Tale is our jam, we love her performances on Workin’ Moms and Kim’s Convenience as well. Wife, mother, three show star, style guru, and one of the kindest people in show business, Amanda Brugel can do it all.

Here is an edited and condensed version of our interview with (lovely Canadian) Amanda Brugel.

Brief Take: Hi! So great to talk to you again, although it’s so strange that we’re talking with you from L.A. and not Toronto, like usual.

AB: Let’s pretend like we’re talking in a nice bar there.

BT: I watched the first six episodes of season 2 recently and I could use a strong drink.

BT: At PaleyFest LA during The Handmaid’s Tale panel recently, you said, “I’m really big with housewives. I want to give housewives a voice”. How have the fans responded to Rita?

AB: I was just saying that I think the thing that really resonates with me is that a lot of women, a lot of these housewives that I speak about, they have connected with the fact that she doesn’t speak very much. A lot of women, and especially a lot of women that choose to stay at home with their children, feel that they’ve lost their voice or they’ve given it up or they don’t have anything. The thing that stays with me the most is that people have said that in watching television and in using it to escape, they don’t see themselves reflected back on TV. The fact that they had to go all the way to Gilead in order to be reflected back on television meant the world to them. That’s stayed with me the most and I feel really responsible for that. I didn’t expect in going into this that it’d be the Real Housewives of Gilead. I feel a great sense of responsibility now in being able to portray those women. My Mother was a housewife. I understand the inability to feel like you have a voice or anything of value to say because your work is at home behind closed doors. I really, really try to portray her in a way that’s strong and beautiful, like so many women who work in the home are.

AB: Well I’ll speak to the episodes you’ve seen so far because you’ll need to hold onto your horses for the last seven episodes. There are moments in those seven episodes that just blow my mind. I love that at the party with the women she takes a sip of champagne. I just love her brief moments of quiet rebellion. The more quiet the rebellion is, the more I love it. I love that even in her oppressive state, there’s still a glimpse of being a little mischievous. All of my interactions with Nick [Max Minghella] are the best. Those are the most comedic to play but they’re also the best because it’s the one time she can pull rank, and she certainly does.

BT: At PaleyFest you had also mentioned that you put rocks in your shoes in order to fully get into character as Rita. Is there anything else in particular that you do to get yourself in her shoes, so to speak?

AB: Definitely! There’s one thing in particular that Elisabeth [Moss] and I really connected on, and that’s music. I have a Rita playlist and that playlist includes Kendrick Lamar and Kanye and a lot of Max Richter and Bach and Cardi B. So when she’s “good Rita” I like to play a lot of rap and a lot of hip hop and sort of gangster undertone stuff. I really feel like that gets her inner dialogue going, with strength coursing through her veins. Then when it’s “bad Rita” it’s a little bit more melancholic and it’s classical music that I lean on. Music has been, beside the rocks, the biggest assistant in bringing her to life.

BT: Everybody speaks so highly about working with Elisabeth, not only as a tremendous co-star but also as a hard working executive producer. What have you learned from working with her?

AB: She’s my boo. She really is. From her I learned that attention to detail is so important. Critics, like you, are so savvy and it’s like you’re there with us as we’re creating these people. She really, really, really has respect for the audience and, at all costs, keeps them in mind. She likes to watch playback as if she were an audience member. We’re creating a television show for people to consume and to enjoy and that’s always her number one priority. She wants to do it right and make sure it’s immaculate for the viewers. That really resonated with me as an actor. Even though some things feel good, at the end of the day I’m putting on a show for people, so keep them in mind.

BT: You’re currently on three highly successful shows [The Handmaid’s Tale, Workin’ Moms and Kim’s Convenience]. Is there anybody in the industry that you’d still like to work with in the near future?

AB: Oh goodness… Emily Blunt. I think that she’s the best thing that’s ever happened to me in life. [laughs] I love her! I love her as a performer, I love her charm, I love her charisma. I love that she’s someone who can go back and forth from comedy to drama. She’s someone I’d die to work with! And then, of course, I’d love to work with Julianne Moore and Meryl Streep. But my ultimate would be Viola Davis. I had the opportunity to do some small scenes with her in Suicide Squad and it changed my life. Her approach to the work and her generosity was great. Life changing.

The Handmaid’s Tale season 2 premieres on April 25th on Hulu in the US and on April 29th at 9pm on Bravo in Canada. New episodes stream on CraveTV the day after their linear broadcast on Bravo. Amanda can also been seen as the face of the new Birks campaign called Canadian Rhapsody here.