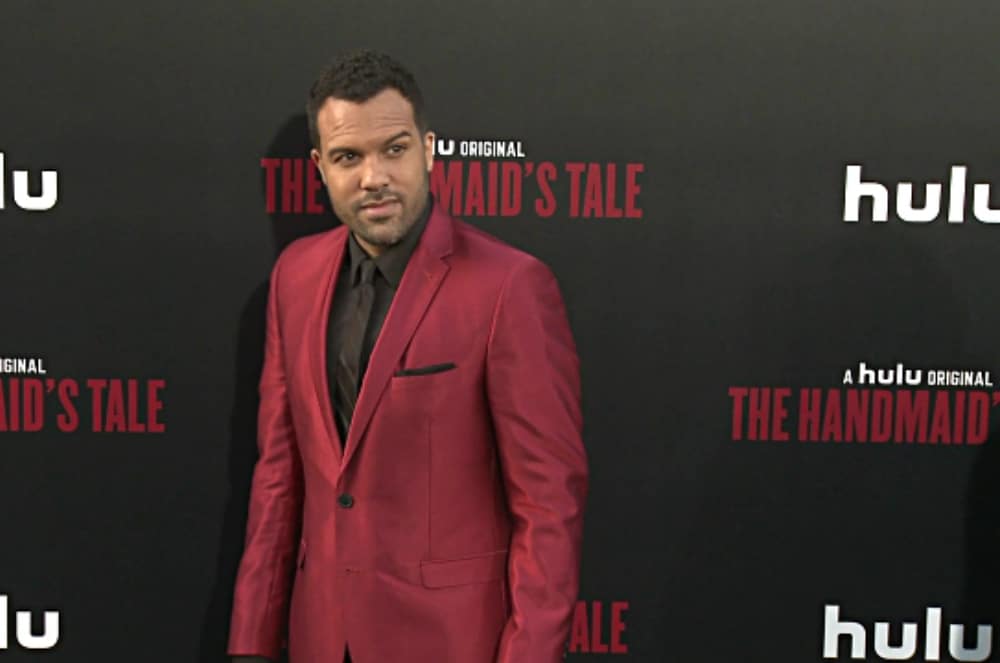 O-T Fagbenle is such an integral part of The Handmaid’s Tale cast, though his character Luke appears mainly in flashbacks, but is so integrated within the core of Elisabeth Moss’ June that he feels like he’s with us every minute in Gilead. He’s the rock and the foundation that Offred / June seeks, but this season another side of Luke starts to emerge, and we learn that perhaps he is not the definition of the perfect husband.

The only way for this role to succeed is to find someone so versatile and multifaceted as O-T to embody it. He’s the perfect Luke because something about him is so trusting (I suspect it’s partially the glasses), and yet he’s ethereal, and in our exclusive Handmaid’s Tale press day interview, you could say that we really bonded, but at the same time he is still a bit of an enigma.

Here is an edited and condensed version of our interview with the multi-talented O-T Fagbenle.

Brief Take: You just wrapped filming the second season a few days ago. What did you think of this season overall?

O-T Fagbenle: It’s definitely a faster pace in the sense of uncertainty that’s prevalent throughout the season. There’s also the sense of resistance and the bubbling of hope. I remember watching the first episode and thinking, “Goodness, when am I going to get the chance to breathe?!”.

BT: I recently watched the first six episodes. Without giving anything away, would you say that we’re in for a lot of surprises in the second half of the second season?

OTF: Hell yeah! [laughs] A hundred percent! Listen, if you’re not surprised by the end of the season, then you get your money back from me.

BT: The show is incredibly harrowing to watch but there’s also brief comedic moments. We don’t get to see Luke have any of those moments of levity though, so unfortunately we don’t see you tap into your comedic background.

OTF: Right. I know. Off screen so many people are funny too. Amanda [Brugel] is hilarious, as is Lizzie [Moss] and Samira [Wiley]. I’m kind of pushing for there to be more musical numbers in the next season. [laughs]

BT: We also finally get a few flashbacks detailing the somewhat illicit circumstances surrounding how June and Luke got together. It’ll cause a lot of discussions, to say the least.

OTF: Yeah. Sometimes Luke and June’s relationship is shown as the almost perfect relationship and so beautiful. Now we’re muddying it up a bit and seeing the dirty reality of their relationship in a way that humanizes it a little.

BT: Previously, Luke was depicted as this perfect man and perfect husband, and yet now we’re seeing a different side of him.

OTF: Oh but Luke is a lovely guy! [laughs] I’m joking. I mean absolutely! That’s the cleverness of the writers. Bruce [Miller] and the rest of the writing team write these three dimensional characters and the truth of all the people depicted on the show. There’s more to them than we know.

BT: People make fun of the way Canadians speak but on the show, as a new immigrant to Canada, I feel like you captured our manner of speaking perfectly. Where did you learn it from?

OTF: Lots of people actually. I’ve had to do various American accents along the years so what I would normally do is take someone as a prototype and then learn blocks of dialogue from the way they talk. I listened to lots of different people, Tarantino was one and I listened to Will Smith a lot. The one I used for Luke is based off of an academic who writes about African-American history, I can’t remember his name right now. He was the guy who did the research for Django Unchained. Years and years ago I found some recordings of him being interviewed, so I used that. I tend to blend accents in too. 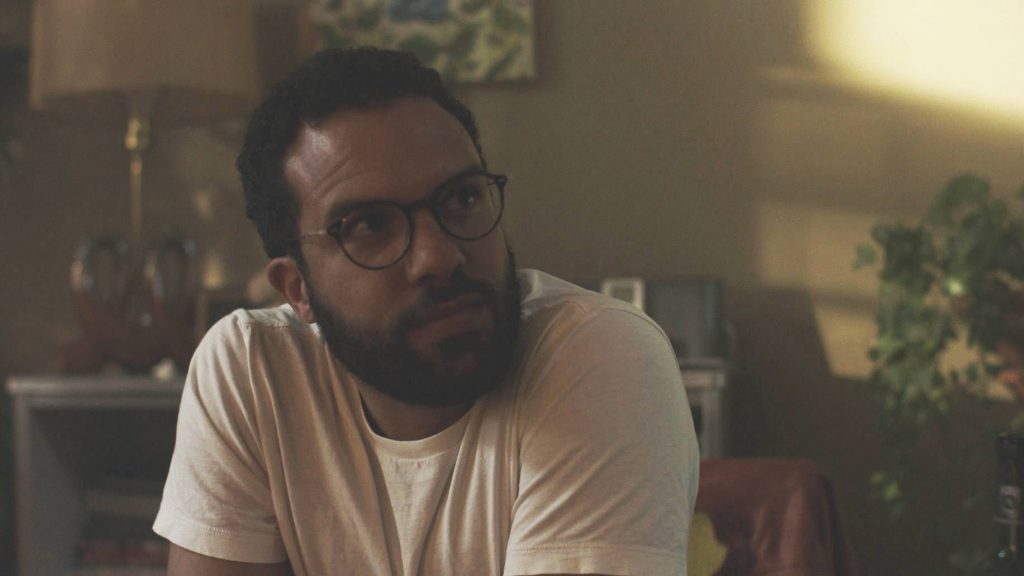 BT: The costume designs by Ane Crabtree say so much about each character and for Luke, your glasses and even your beard help define him to the audience.

OTF: Oh I try to use as many props as possible to hide my lack of acting ability. [laughs] Actually the glasses that Luke wears, they’re my glasses. I wore them to the costume fitting and Ane, who is a magpie of detail, saw the glasses and thought they really fit Luke really well, so we ended up using them. The funny thing is that they’re really cheap two-for-one glasses, but they really fit this character. Between myself and the great hair and makeup team that we have, and, of course the stunning Ane Crabtree, we have created a look for Luke. Thanks for noticing!

BT: In a recent interview you sang the praises of your on-screen daughter, played by Canadian actress Jordana Blake.

OTF: Hannah banana Jordana! [laughs] Jordana is such an extraordinary actress. She’s so talented but she’s also such a beautiful kid. I love that kid! We have a bit of a special connection. It was her birthday recently so we had a bit of a chat. In this season in particular you really get to see some of her acting skills. I think people are going to be blown away by her. 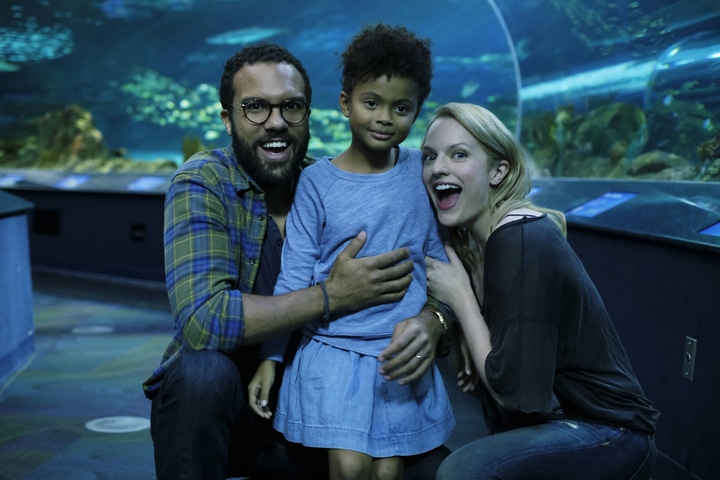 BT: What was your experience like filming in Toronto?

OTF: It’s a very versatile city because so much filming goes on there. I love filming up there! I think Canadians are some of the best people on the planet. I love them! Very welcoming, very fun, just great people to work with. The city itself is gorgeous too. Unfortunately we get there during the worst time of year. October to April is the worst time to be in Toronto. [laughs] I fell in love with the city so much that I actually spent a few months during the summer there and I absolutely adored it. Toronto has some beautiful parks and galleries, and I lived right near the Kensington Market so it was one of my favourite places to go to. There’s also some great dive bars. I found myself going on a lot of walks and ending up in some great live bars with some great music.

BT: Tell me about your comedy series, Maxxx.

OTF: I’m writing and directing this new comedy series where I play this pop star who’s desperately trying to make a comeback to win back his ex-girlfriend. We’ve made some of these pilots that are available on YouTube. We’re shooting over the summer in London so I’m really excited to share that with people.

BT: You’re also a musician. Are there any songs in particular that you associate with this show?

OTF: You’re right, music is a big part of who I am. Luti, my brother, is a music video producer and he just made the latest Beyoncé and Jay Z music video. Then my other little brother, Daps, he just finished doing Drake’s last music video. In terms of the show, there’s this weird song called Downtown by Majical Cloudz, which is a song I listened to a lot. Also Jealous by Labrinth is another song about loss of love, and I listened to those songs a lot while making the show and I recommend them to everyone. There’s also the song When I Get My Hands On You by The Basement Tapes. Oh, it’s so good!

BT: You were also brilliant on Looking. I was really disappointed that it never received the wide audience that it deserved.

OTF: Yeah! Well that’s the funny thing when people say, “Did you know that Handmaid’s would be a hit?”, because having experience with Looking, where you think, “Well this is going to be a hit. It’s well made, it’s got fantastic actors and those actors have gone on to other hit shows”. So you know, sometimes it hits and sometimes it doesn’t. But the important thing is to show up and attach yourself to great work with great artists. And sometimes you get really lucky, like with Handmaid’s, which found the right audience at the right time.

BT: And with Handmaid’s, it anticipated the direction in which the world would be heading.

OTF: Yeah. In many ways it did hit a nerve which really resonated with people. We live in a time of increased marginalization and inequality and the rise of populism. It’s spoken to a lot of people’s anxieties about the future.

The Handmaid’s Tale season 2 premieres on April 25th on Hulu in the US and on April 29th at 9pm on Bravo in Canada. New episodes stream on CraveTV the day after their linear broadcast on Bravo. Watch episodes of Maxxx here!