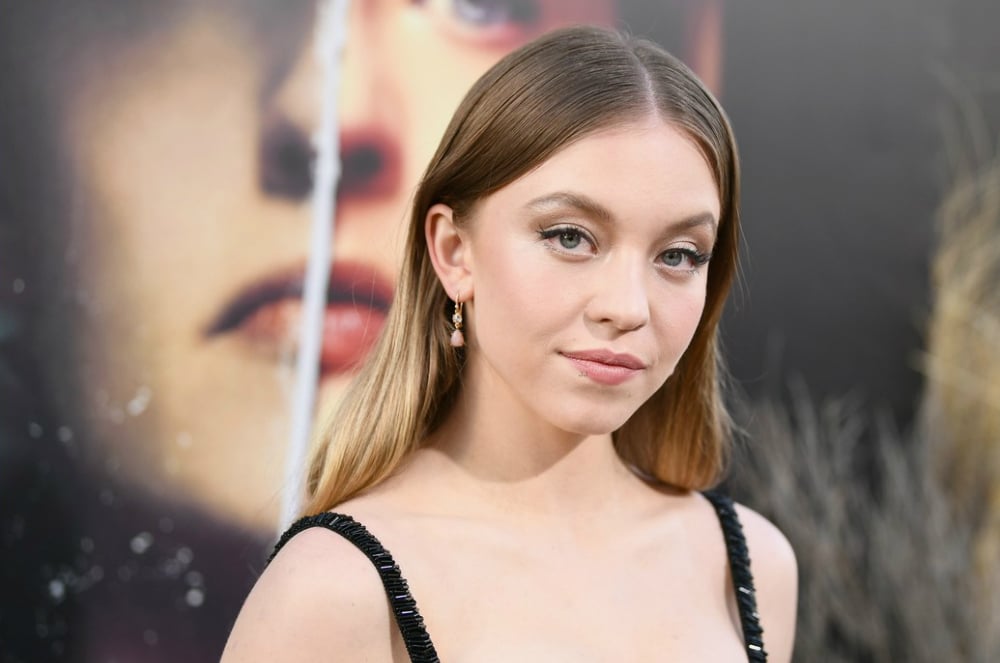 Sydney Sweeney is quite the sought-after actress. She seems to be signing up for buzzed-about new projects every day: Euphoria, Sharp Objects, American High’s Big Time Adolescence, just to name a few.

We were thrilled to have had the chance to talk to the season 2 addition to The Handmaid’s Tale about that scene from episode 12, as well as her journey as Eden. She brought up some very interesting insights, and yes, we mentioned #reneweverythingsucks.

Here is an edited and condensed version of our conversation with the stratospheric Sydney Sweeney. (*SPOILERS FOR EPISODE 12 OF THE HANDMAID’S TALE SEASON TWO AHEAD*)

Brief Take: How did you view the audience’s reaction to the character of Eden?

Sydney Sweeney: It was interesting in the beginning to see how much people hated Eden and how much they thought that she was some evil character. It was shocking! Many of the headlines were “evil new character” or “so much trouble”. Then I started to see people switch towards episode 8 and especially episode 10 in which the fans started to see Eden more as a little girl and as a victim.

BT: Your performance was incredible! What did you want to bring to the character?

SS: I definitely wanted to make sure that you saw a distinctive change between a regular teenage girl, a fifteen-year-old girl who knows watching it that Gilead and this whole new society is so messed up, and between Eden, who believes in Gilead because she doesn’t know any differently. In the beginning, when I was doing interviews, people would be like “oh, it’s only been around for a couple of years” and I thought that Eden’s parents were in it from the beginning as well. They were from a small town and just like many religions or different societies that “Where did that come from? That came from nowhere?”. No, that society came from *somewhere*. It didn’t just come about overnight. It has been going on for years somewhere and my fictional family was a part of that. That’s why Eden doesn’t know anything else – she is a product of what Gilead is and wants to become. I wanted to make sure that the way she moved, the way that she spoke, the way that she thought, would represent the way that she was raised. 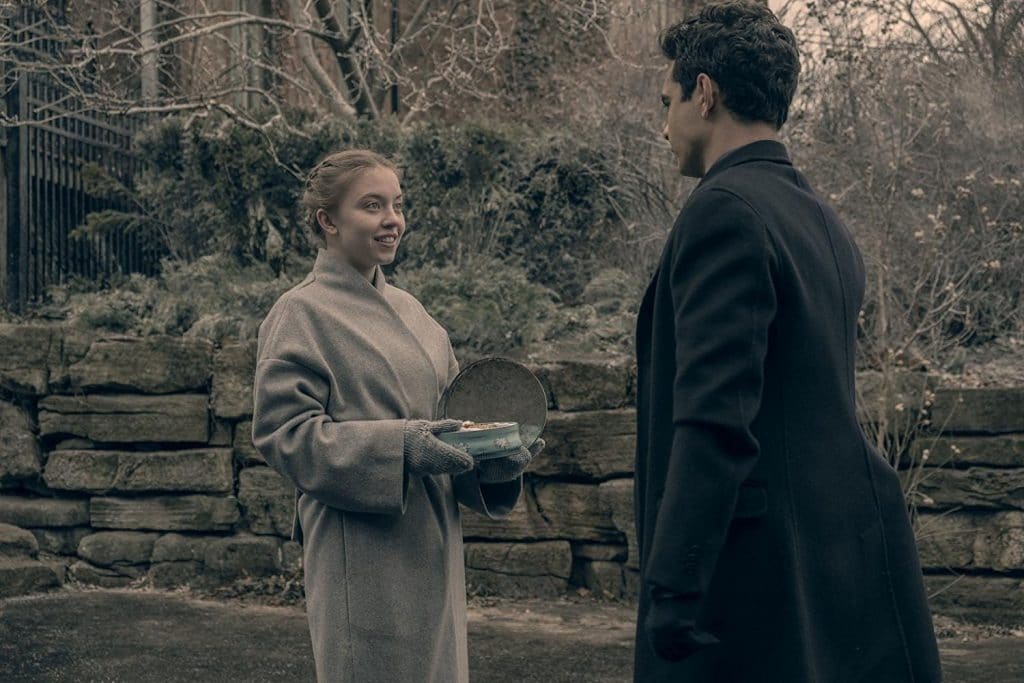 BT: What about wearing her unique clothes? What did that bring to the process?

SS: I actually loved the costumes! [Costume designer] Ane Crabtree is phenomenal, she definitely helped me bring Eden to life. She had a process of building Eden’s character while we were filming as well, and even Eden’s undergarments, like her underwear and her bras that she wears were as Eden. Whenever I wore her costumes I was stripping everything of Sydney and everything of Eden was being put on me. The way that the costumes fit, it changes the way that Eden holds herself. I don’t have the greatest posture myself and Eden has the best posture. Bruce Miller, when we were filming and he was watching playback, he said that even the way that I hold my jaw when I’m playing Eden is different than when I’m normally just Sydney. It made me sure that I would bring every little aspect to life when I play this girl so that you would believe in her. 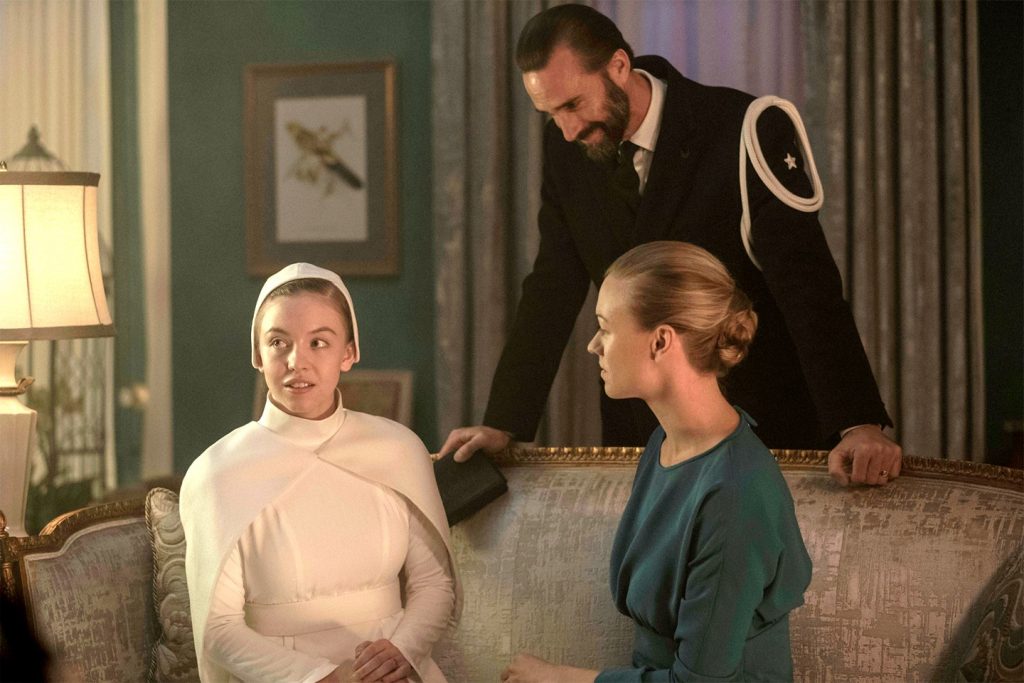 Brief Take: The Handmaid’s Tale ensemble is well-known for coming up with ways to lighten the mood, like reciting Taylor Swift lyrics. Although you often are able to shake it off and keep the set light, does your final episode stay with you? How do you think the audience will react?

SS: [pauses] I have a feeling that a lot of people are going to be completely taken aback. They’re going to be mad at Gilead, mad at Nick, mad at everyone. I can see people being mad at Eden because she’s making a decision based off her first love and unfortunately the decision that she’s making is life or death, and that’s another childish thing that she’s doing. Me, personally, I was furious with Eden for the decision that she made and I’m still mad. Especially the scene where Nick says to her: “I will give you a baby, you can have a baby”, and she is like “I don’t want your baby.” [laughs] I was SO mad at Eden, ugghhh, she is making the stupidest decision!

BT: Yet by the same token, there is something very brave about what Eden is doing.

SS: Definitely! I mean her deciding in that moment what she is going to do, [pauses] I think that’s when she grew up. Getting married and wanting to have a kid at a young age, she was still young and immature and naïve, and I think even though the decision that she’s making is a childish one, in a way she is being mature about what she is going to do. Taking your own life into your hands and making that decision is a huge one to make, and no regular fifteen year-old is going to jump off into the deep end, as it were, and especially for love, too. I thought it was very Romeo and Juliet.

BT: The way in which she seeks refuge with Isaac [played by Rohan Mead] is almost the correct way to act.

SS: Right, what teenage girl doesn’t want to be loved, and especially in a society where she was raised to believe that a man is supposed to have a kid with you?! Nick doesn’t even want that! She’s relieved that what she is doing with Isaac is truly what God wants her to do, and she also thinks that she loves him, so there’s so many different factors that play into it. She was raised thinking that Gilead wanted her to have a kid with someone, and that’s what Isaac wants, so why is Gilead mad at her for something like that?! There is a lot of confusion with which she has to deal and I think maybe there is a little moment of “this world is messed up”. 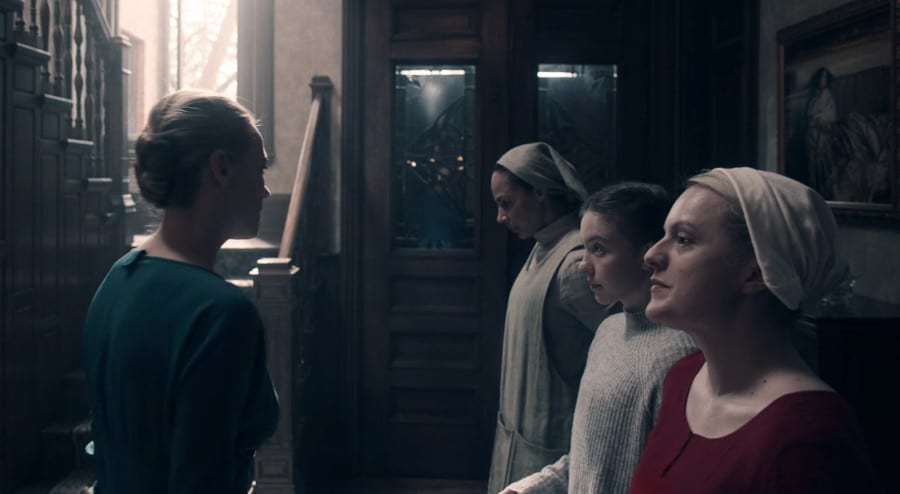 BT: How has working on The Handmaid’s Tale been a blessed experience for you?

SS: Everyone was on their A game 24/7, one hundred and fifty thousand per cent. There was never a loose screw. The production flowed so easily and everyone really supported each other. It was like everyone knew what they were creating meant something and they wanted to make sure that every single aspect of the show meant something, even the lighting or the texture of the paint or the costumes. Having every single person bring such detail to their job and care about it really makes a difference. And just working with Elisabeth Moss and Yvonne [Strahovski] and Amanda [Brugel], all of this incredible talent and being able to look up to these incredible women, and directors and D.P.’s and Bruce Miller, it was quite a learning experience as well.

BT: Where does your acting journey take you after The Handmaid’s Tale? 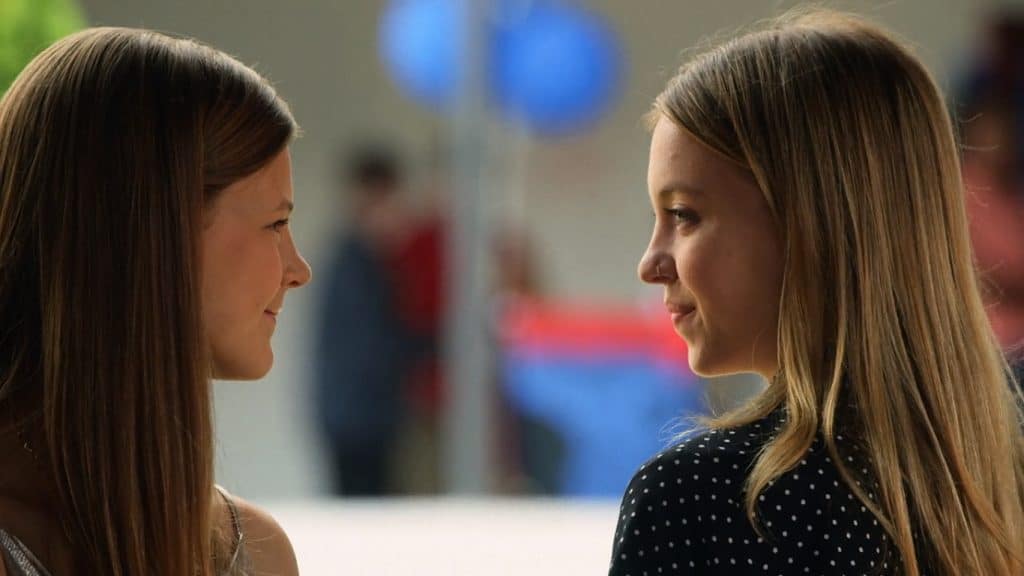 BT: P.S. It really sucks about Everything Sucks!

SS: I know! I loved that set and everyone there became my family. It was like a summer camp with everyone last summer.

Episode 12 of The Handmaid’s Tale is now streaming on Hulu, and will be airing on Bravo this Sunday at 9 p.m. in advance of next week’s season two finale.