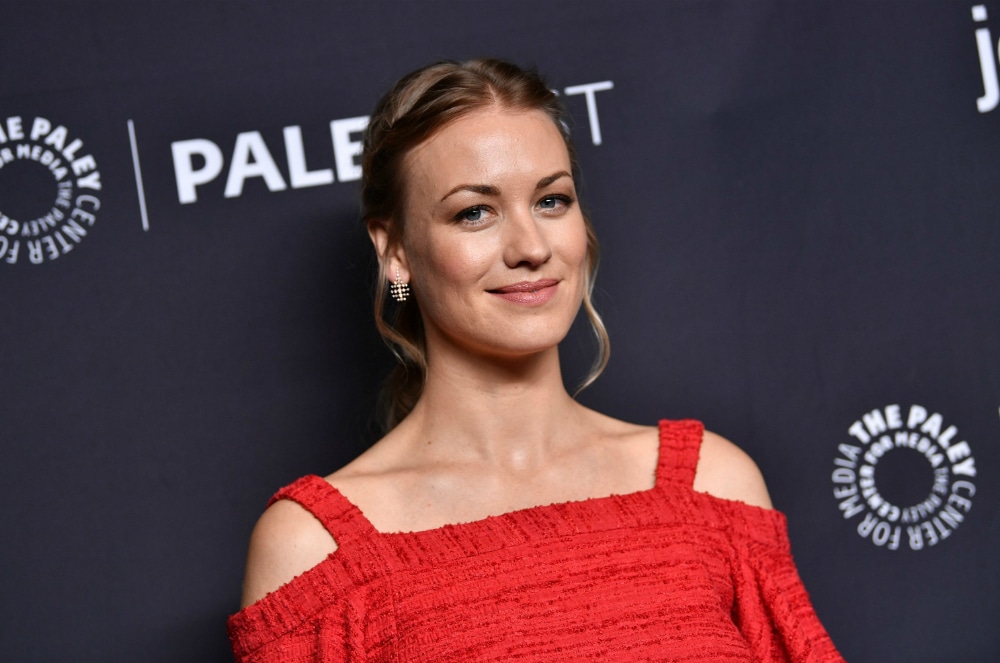 It is no secret that Brief Take has been a tireless supporter of the Hulu series The Handmaid’s Tale, though one person with whom we have been clamouring to speak for a long time is the portrayer of Serena Joy Waterford, Yvonne Strahovski. We were thrilled for the opportunity to speak with her about the really brilliant (but also pretty harrowing) second season, in which her character gets shot (in a flashback), has her baby taken from her and gets her finger chopped off for simply reading from a Bible. In short, season one’s antagonist became a more complex character in season 2, and Strahovski was rightly nominated for an Emmy Award for her searing portrayal of the fascinating Serena Joy.

Here is our chat with Yvonne Strahovski, whose at turns villainous and sympathetic Serena Joy is always mesmerizing to watch.

Brief Take: We spoke to your co-star Amanda Brugel on the afternoon of the Emmy nominations and she was so thrilled that you were nominated. What does having her support mean to you?

Yvonne Strahovski: It’s wonderful. I was so happy for her this season, that she had a little bit more to do with her storyline. And I really loved that scene between her and Lizzie (Elisabeth Moss) where Offred is asking her to protect her daughter. I was really happy that they gave her some more “meat to chew on”, so to speak.

BT: How does the dynamic between you and Joseph Fiennes (who plays her husband, Fred Waterford) work in terms of crafting that relationship.

YS: We talk a lot about the couple dynamic. We’re always talking things out and then it naturally plays out when it comes to doing each scene. It was really fun to go and let loose with him in that one particular scene in Episode 11, where we are at the lake house and we start swearing at each other and it really goes wild. [laughs] I was really looking forward to that scene, it was so much fun to shoot. Really going to all those places of rage and then emotional despair, and he’s such a great sparring partner when it comes to those scenes, he’s very thoughtful. He’s incredibly detailed and very specific, and thinks a lot about his role, not only on the page, and I really think that showed with his work because he’s incredibly detail-oriented. Yeah, we’ve had a lot of fun, ironically, this season, even though the relationship between those two is awful. It’s kind of like watching the demise of that relationship this season and we’re led to wonder, is it a relationship that’s redeemable? Can they ever go back to some sort of normalcy between them, after what he’s done to her? Yeah, it will be an interesting starting point for next season. 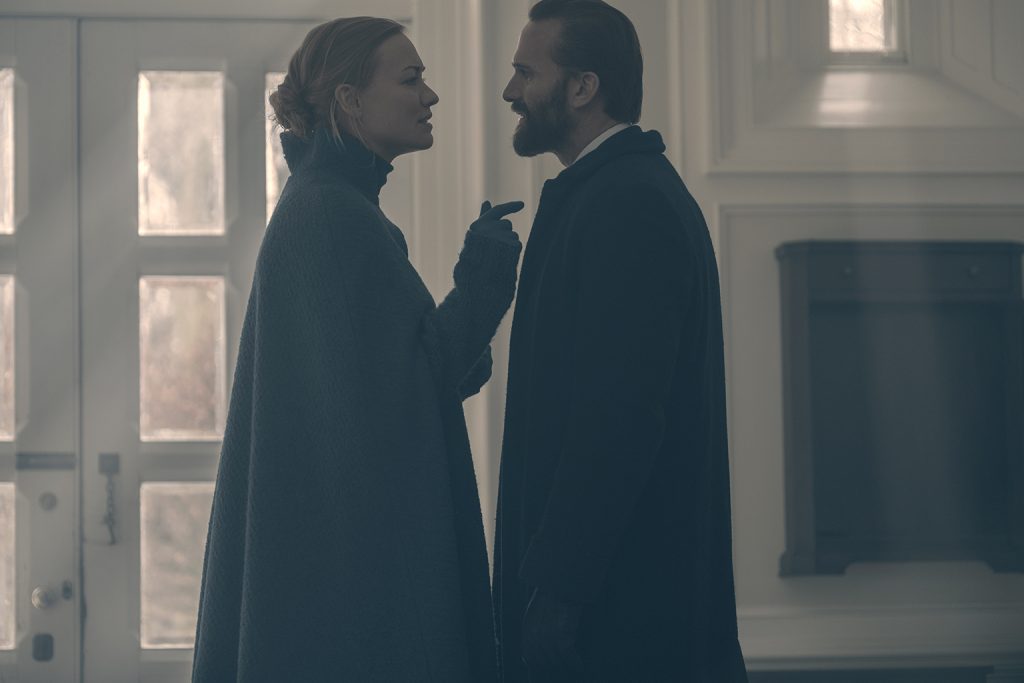 Brief Take: I thought that your performance in the episode involving the road trip to Canada was so brilliant. I am especially curious about your take on the scene in the hotel bar.

YS: Thanks! That was such a unique scene. It was probably one of the most uncharacteristic scenes for my character, just because it was with another man and it was with another man who was kind of flirting with her at the same time, and that’s not the kind of attention that she’s received in years. So it was a unique dynamic, of that flirtatious undertone, with a very serious conversation in terms of what they were talking about. And a very serious division, kind of very life or death in a lot of ways. And he was great too! Sam (Jaeger) did a lot with his character and we had a lot of fun doing that scene, but yeah, that was one of the most confronting scenes of the season, added to getting to one of the last scenes of the finale, which is what I think we’d been building towards in the second half of the season.

BT: As a fan of your work on both The Handmaid’s Tale and Dexter, I was wondering if it was a callback to your character on Dexter when Serena was so tenderly caring to her orchids in two episodes this season?

YS: [laughs] You know, no. I have to admit that that was one of the first conversations way back when with Bruce (Miller). I brought that up, I said “I played this character once before that really loved her nursery with her orchids, so maybe we shouldn’t make it too much of a scene on this show.” [laughing] I was concerned you couldn’t tell them apart and thankfully, it hasn’t really been an issue at all. Obviously it’s so different, the characters are different, the shows are different. But yeah, it’s funny, because personally, I love gardening, so I love whenever I do get to spend time in the greenhouse on the show, it’s very calming, even though it is the middle of winter when we’re shooting the show. 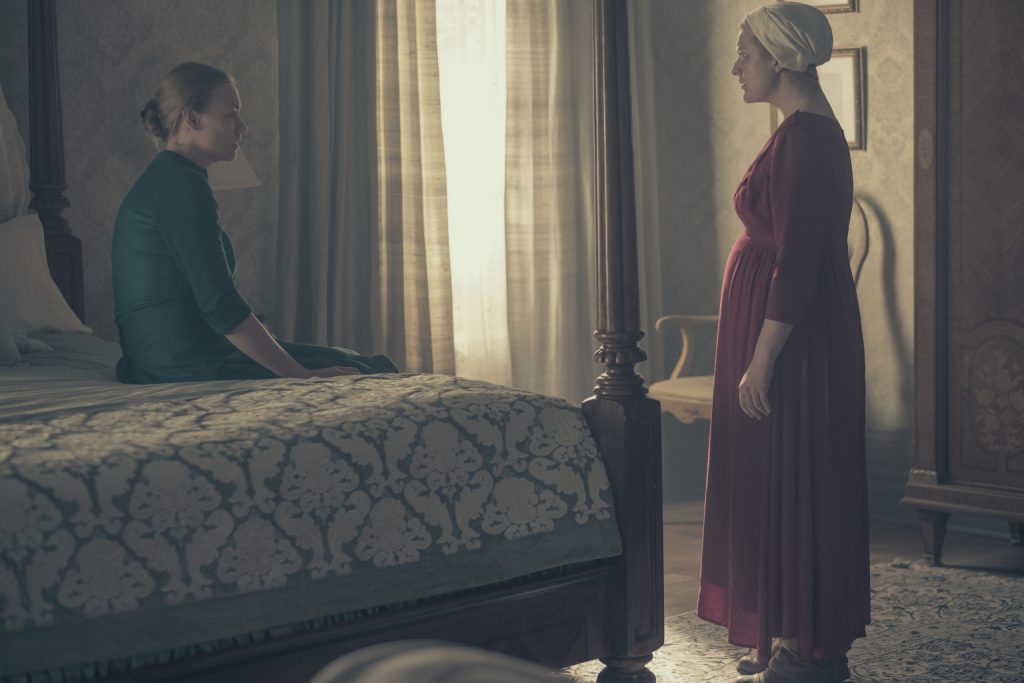 BT: To what degree does the Waterford house play a role?

YS: Yeah, we built a wall and this weird family with all this love / hate but more hateful dynamics between these characters and relationships, but yet we stick together. It’s really highlighted this season with what happens in these walls, stays within these walls. Like so many things we could have been in so much trouble for, like even Serena arranged for Nick to have sex with Offred to bring the baby in the first place, and all these little secrets between them that they keep to themselves. Because the danger outside of the walls is so awful, that if any one of them gave any of those secrets away, there would be a lot to answer for. So it’s this weird fine line of keeping secrets from people that you don’t necessarily love. 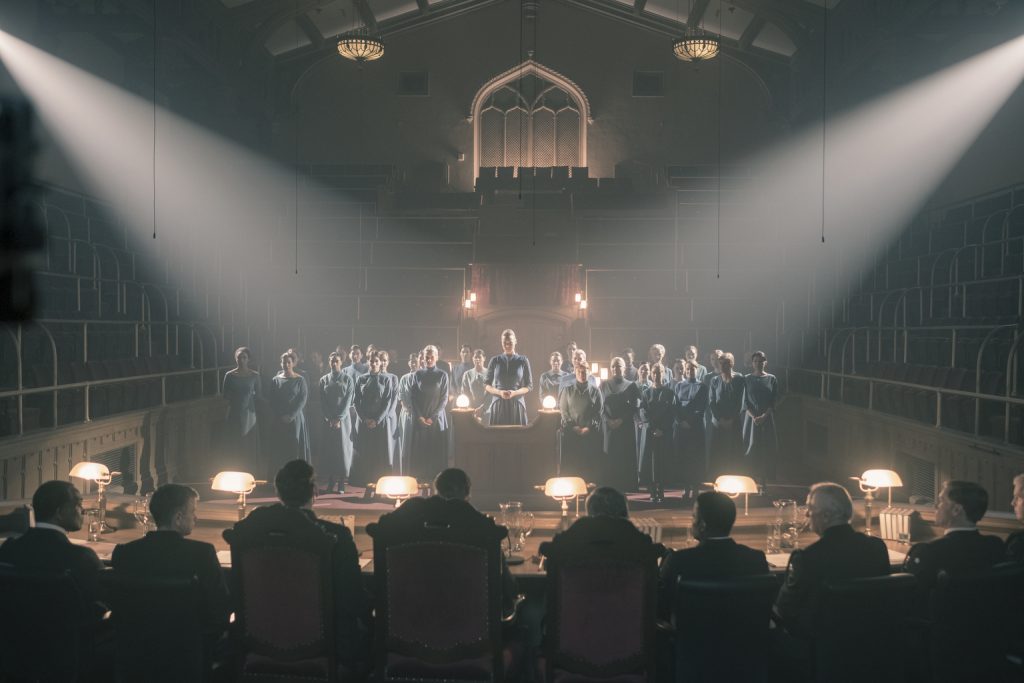 BT: You’re currently pregnant, congratulations!, and you’re in a show about reproductive rights and the future. Has this affected your view of the world in which you would like your baby to grow up in?

YS: You know, ironically, I haven’t taken that home with me in terms of personalizing it to myself and wondering what kind of world my child will grow up in. I guess I’m hopeful that things will get better and that there won’t be so much question and turmoil and discussion around women’s rights and fertility issues and all that kind of stuff. I’m still holding on to the glass being half full. [laughing] For me, there’s always options. I can go back home, I can go to Australia if things get really bad here, or you know, I can go hang with my family in Poland. [laughs] That being said, I’ve got places that I can retreat to.  [laughs]

The Handmaid’s Tale seasons 1 and 2 can be currently watched on Hulu and Crave TV. Season 3 of The Handmaid’s Tale will return in 2019. Yvonne Strahovski is nominated for (and should win, if we have any say in the matter) Outstanding Supporting Actress in a Drama series at the upcoming Emmy Awards.