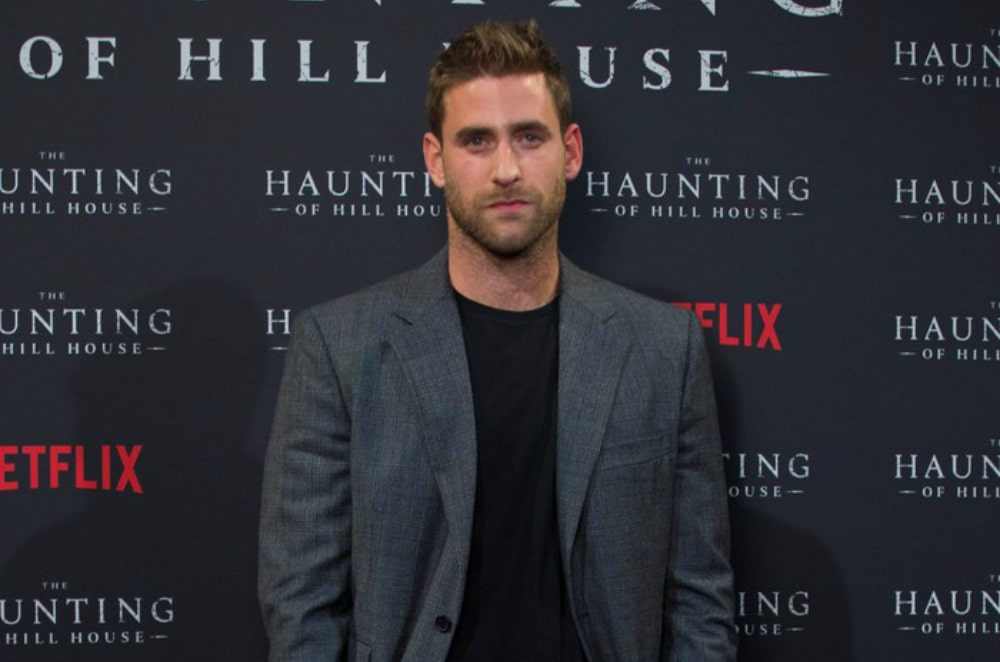 The Haunting of Hill House is about a family that is dealing with the after effects of childhood trauma in the their old home as a group of broken adults. But this description cannot nearly encapsulate what a game changer the Mike Flanagan-helmed series was for Netflix. If somehow you missed it, the series arrives on Blu-ray this Tuesday from Paramount Home Entertainment just in time for Halloween (and for Flanagan’s new film, Doctor Sleep).

To commemorate the release on home entertainment, we spoke with a performer that so memorably (and sadly) embodied one of the members of the Crain family, disturbed by the memories of what went on in the Crain house all those years ago. Oliver Jackson-Cohen memorably played Luke Crain, an addict and a broken man, but with moments of humanity and grace.

Our phone conversation with Jackson-Cohen was very special (as you’ll soon read). The following is a condensed and edited version of our chat with the charming Oliver-Jackson-Cohen of The Haunting of Hill House.

Brief Take: How did Mike Flanagan make the newbies to this amazing cast feel welcome?

Oliver Jackson-Cohen: Mike (Flanagan) is a very, very clever writer. I mean, genuinely, the way his mind works is like no other person that I have met. The way that he approaches horror and the way that he approaches it with so much heart is kind of astounding in a way. I think for all of us, it was very interesting joining a troupe of people who have all before worked together, but Mike was incredibly inviting and joining was kind of amazing. He has an incredible crew that he works with, or he’s worked with the past however many years, and he surrounds himself with those people who are very, very good at what they do. For an actor, why would you not want to work with someone that is so in love with what they do and very, very good at it. [laughs] So it was kind of a no-brainer for all of us. 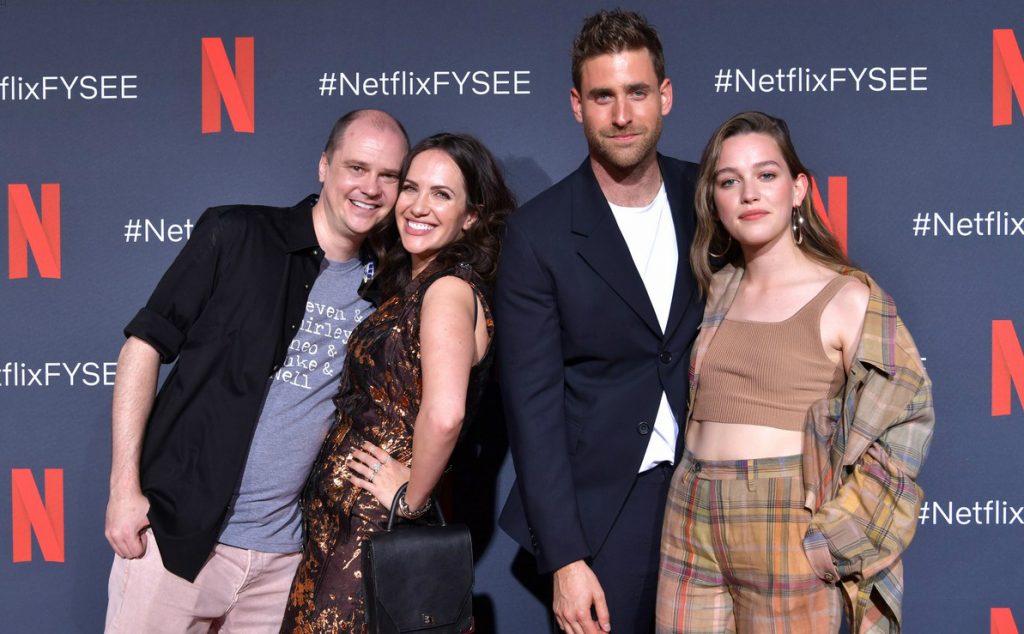 BT: How did you go about crafting a character that is drawn inwards and not outward?

OJ-C: Ummm, you know what? It actually was the easiest thing to do. [laughs] And I actually mean that genuinely. I was saying in an interview earlier that playing Luke Crain was liberating in a way, because so much of Luke comes from me and my own personal experiences and my childhood and all of that stuff. And it was liberating because I think that as men, we are told to be a certain way, and we are told to be strong and so much of Luke is the constant struggle that he is having to just function, and it was something to which I related really quite deeply and it didn’t feel like I had to do…I feel like I had to do way more work when I had to play a confident, charming…whatever. To me that is really Hell. [laughs] But Luke felt really even in its…not to say that it didn’t take its toll, or it wasn’t exhausting emotionally or anything like that, it was. But there is definitely an awful lot of me in that performance and it was an incredibly liberating thing to do.

BT: Our outlet is Brief Take. How did you perform such a long take in the Two Storms episode?

OJ-C: The Two Storms episode, which we were all terrified, and you can see it, you can [laughs] actually see it, if you look really closely, just how terrified. You see the terror in people’s eyes at certain points when we think that we’ve messed up the take. [laughs] There was an awful lot of pressure I think on everyone to get that right. But the great thing is that when we’re doing film or tv is that much of the time they are quite brief, these takes. You don’t really get time to sit in it and be fully present in what’s happening. Mike afforded the luxury of that to all of us by having such long monologues, by having scenes that were six pages long and by doing 23-minute takes. You really have the luxury of being able to just be in the moment of what you’re doing and ultimately, I think that it helps all the actors to be given that freedom in a way. 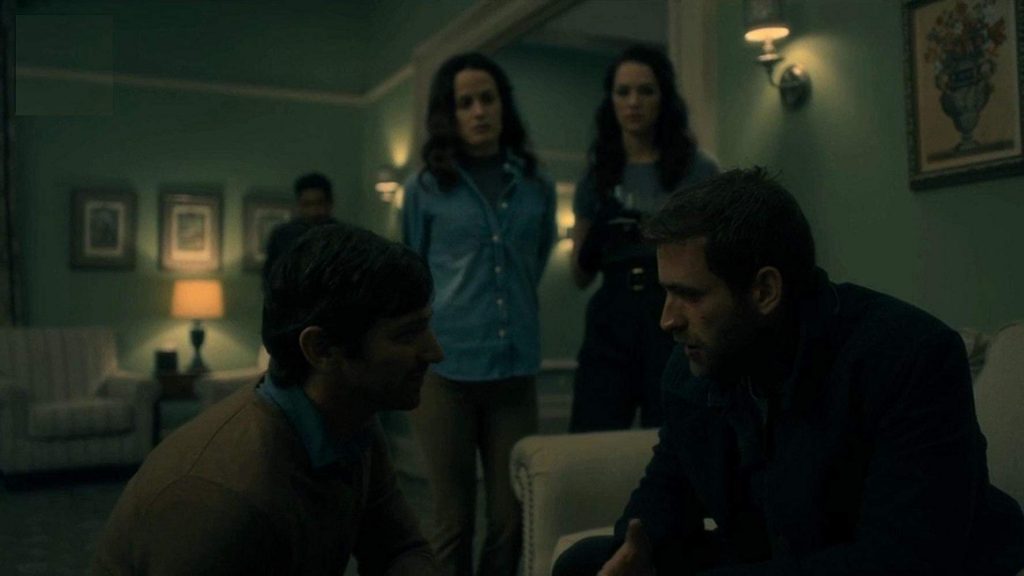 BT: In The Hollywood Reporter supporting actors piece, you mentioned that Carla Gugino would have cookies flown in from L.A. to Atlanta. What was it like filming in Atlanta and tell me about these cookies?

OJ-C: [chuckles] They were really delicious. I don’t remember what they were now, they were just delicious….there was this oatmeal raisin one. I can’t even remember, she remembers them, I don’t know if you’ve ever spoken to her or not, but she is genuinely one of the most thoughtful human beings that I have ever met, and so she really took care of us and would do these generous gestures. I think that one of them is that one day we were all on set and this huge box of cookies arrived and she would constantly do stuff like that, which is indicative of how she is a wonderful woman. But yeah, we were in Atlanta for a long time – we were there for five months. It was nice when people would come in and change it up.

BT: Do you feel protective of the actors in the Crain family, having gone through this experience with them? I mean, Victoria Pedretti, it was like her first role.

O-JC: Well, hugely. It’s kind of crazy. I think that like any shoot, you know, it was a very long shoot, and naturally, you become close with people that you’re working with. But something strange happened on this one that, specifically with Victoria (Pedretti). Victoria and I became very close very quickly, and she’s such an incredible actor that working with her and working on stuff with her was just amazing. I have so much love for all of the cast members but particularly because we did play twins, Victoria and I did work quite hard to build a bond and a rapport that would hopefully then translate on screen. And you know, we’re shooting [the title of the next project] at the moment, it’s still very much there. We sort of assume these positions of the twins. [laughs] It’s very, very weird, and even we walk around like it’s ingrained somewhere. I think that it’s very nice when you work with people that you admire and about whom you care an awful lot. And Mike gets together such a great group of people, that out of those there’s obviously going to be some that you take and in a way become lifelong friends. 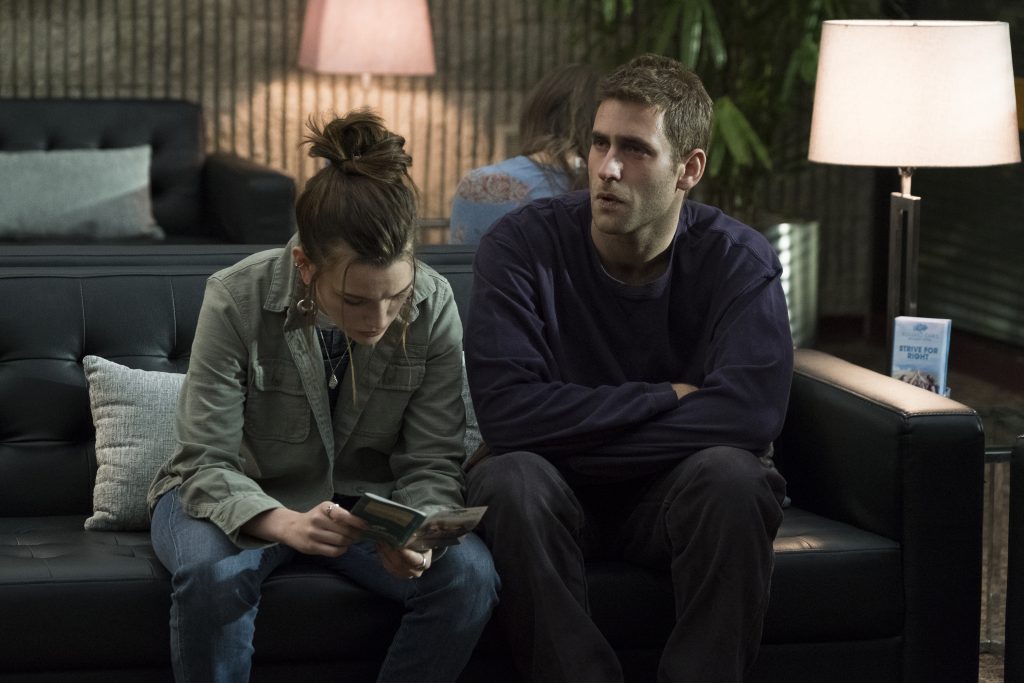 BT: We’re beyond excited for your film The Invisible Man. You recently filmed the movie and it comes out soon. How was that experience for you?

O-JC: Oh, it was incredible! Working with Lizzie Moss – she’s a remarkable, remarkable actor and a remarkable human being. She’s another one like Victoria that [sighs] I feel very fortunate to have met and worked with. It was an amazing experience. We were in Australia all summer doing that and they brought the release date forward halfway through filming. All of a sudden over five hundred people descended to Australia to open up a special effects division [chuckles] because they’re having to kind of manage it when it comes out of Sydney. I’m really excited to see it, but it has been quite the whirlwind of finishing on that and then starting on [half the title of the next project] a week later and trying to get my head around…that story and figure out all of the character stuff on that, but I feel very, very lucky.

The Haunting of Hill House is available on Blu-ray on October 15. To read more about show, read our interview with Kate Siegel here.