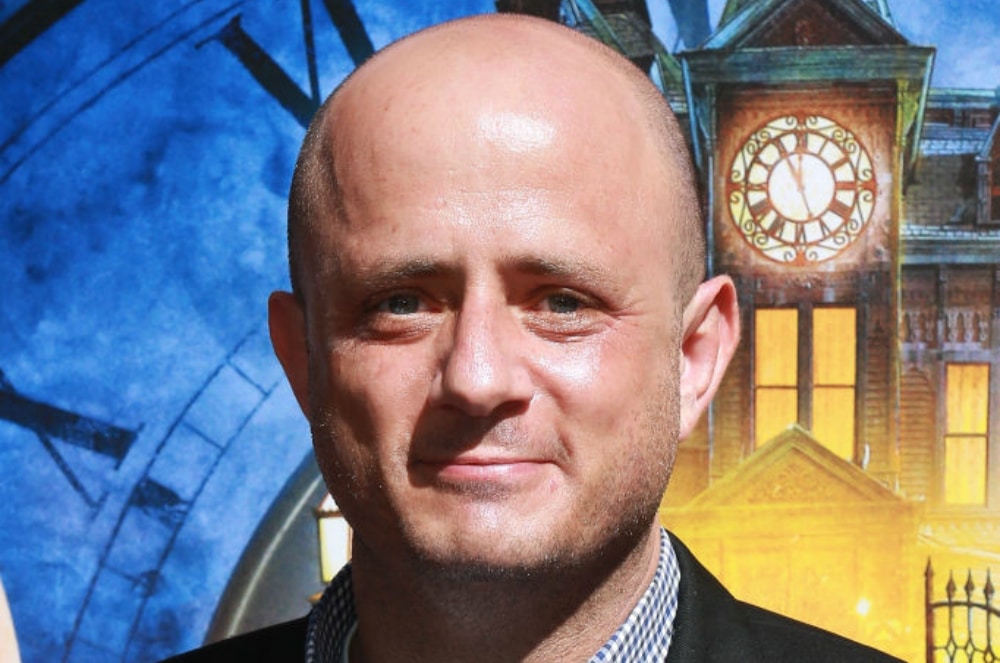 If you’re looking for the man behind some of your favourite shows, chances are you’re looking for Eric Kripke. The deadpan (but hilariously so) and brilliant Kripke has co-created, executive produced and written on hit shows such as Supernatural, Timeless and the upcoming highly anticipated Amazon series The Boys (developed with Evan Goldberg and Seth Rogen).

Recently we had the delightful opportunity to chat on the phone with the down-to-Earth craftsman and the following is our edited and condensed interview with Eric Kripke.

Brief Take: Congratulations on your hugely successful year! Looking back on 2018, what achievements are you most proud of?

Eric Kripke: Oh, all of it! I never take for granted that getting anything produced is a miracle. It’s a little misleading though because there were a lot of different things happening over a number of years of work. I’d been working on The House with a Clock on its Walls, in one way or another, since 2012. I did the majority of the writing of it in 2015 and there were a lot of rewrites, but it was mostly Eli (Roth) who had the really tough and busy year on that one. I got to visit in waves and send my love. So it all makes me look really awesome but the day to day wasn’t that busy. [laughs] Then all the Timeless movie stuff, you delegate a lot to talented people. [laughs] That’s coming out soon and it turned out great. Then the project that I’m spending most of my day to day on is the Amazon show The Boys, and next summer we get to unleash that on the world. So things are good! I’m just mostly grateful. Every single job that I get, I think “ah, this is the job where they figure out that I’m a fraud.” [laughs] So any time that I get a new job, I’m always surprised.

BT: You had mentioned Eli Roth – what was it like working with him?

EK: He’s just amazing. I was so happy when Eli came aboard this thing. One, because with the writing of it, we would meet different directors and no one seemed to understand the core of this movie, which was that it’s a horror movie. It might be a family film, it might be a film for kids, but it’s a horror movie first and foremost because that’s what the books are. It’s meant to be scary. We were meeting with directors and no one really could understand that. When I found out that Eli was available and interested, it was just such a relief. I knew it wouldn’t be a problem because this is the guy who knows how to deliver a scare. I think what people don’t know about him, and I think what he demonstrated with this movie, is how good he is with the emotional stuff. People would be surprised when we hired Eli because you’re hiring the guy who made Hostel and The Green Inferno to make a children’s movie. But you wouldn’t have those fears, not even remotely, if you spent ten minutes with him. Within the first ten minutes I thought “oh, he’s a Spielberg geek like the rest of us.” He was making the same references to Gremlins and Goonies and Back to the Future and Animal House, so the same references that we all make. He’s really a genre geek like we all are. He could speak as intelligently about the emotional moments as he could about any scary moment. In my very first meeting with him I knew that he was perfect for this and, sure enough, he did such a fabulous job. BT: Are there any character beats or moments in House with a Clock that you’re particularly proud of writing?

EK: The one that immediately comes to mind is where Mrs. Zimmerman, played by Cate Blanchett,  gives the big speech to Jack Black towards the end of act two in the movie about what it means to be a parent. I’m really proud of that scene! Eli did an unbelievable job directing it and it definitely did not suck to have Cate Blanchett reading the dialogue. I always say that you never feel like a better writer in your life than when you have Cate reading your scene. You watch it thinking “clearly I’m brilliant!”, and then you realize that it’s not your writing at all, it’s just all Cate. But that scene brought together my feelings about what it’s like to be a parent, I have two younger kids, and I also had a really hard time writing that scene. I couldn’t crack what the speech should be. But then, for some reason, I pictured Bobby Singer, Jim Beaver’s character on Supernatural, giving that speech, and suddenly I understood what the speech needed to be. It’s fun to take all the different things you’ve learned and the different experiences over the years and have them come together. If you took all the words from that speech and put them in Jim Beaver’s mouth, suddenly you’re like “oh yeah! that’s a speech Bobby would give.” So I’m really proud of that scene. BT: Are there any other Easter eggs from your other projects mixed in there that viewers should look out for?

EK: Oh yeah! In some many ways, House with a Clock is the unofficial prequel to Supernatural. It’s really one of the main reasons Supernatural even exists; it’s because of that book that I got into the horror genre, period. So much of the rules and the tone of Supernatural were dictated from that experience of reading John Bellairs’ books. I’m not allowed to say this officially, for legal reasons, but I wanted it to feel like it was almost in the same universe as Supernatural. So they reference a lot of books and spells and folklore and demons that all also exist in the Supernatural world. Really the thing that John Bellairs did in the books, which is just kind of mind blowing for a kids book, is all the occult and demon references that he makes are all referencing real folklore that exists out in the world. I really do believe that House with a Clock is must-see viewing for any Supernatural fan because it’s loaded with references to Supernatural, except you get to hear Jack Black and Cate Blanchett make Supernatural references. Supernatural fans should definitely check it out.

BT: Is there anything that you’ve seen this year that you wished you had written?

EK: [laughs] I will say this, not that I wish that I could have done it, because there’s just no way that I could have pulled it off, but I tell anyone who’ll listen that Rick and Morty is the funniest show and maybe one of the top two or three best shows on tv ever. It’s so mind blowingly smart and there’s never been a comedy like that that takes its science fiction so seriously, and that show does. I’m absolutely enamoured and I won’t shut up about how great Rick and Morty is. BT: I know you can’t reveal much about the Timeless finale movie coming up, but can you give us some hints as to how it ends? Does it have a set ending or is it open for more movies or episodes in the future?

EK: [laughs] Well, I can’t say much, but I can speak in frustratingly vague generalities. I can say that we pick up exactly where the end of season two leaves off. Arika Mittman and Lauren Greer, who wrote it, really did a fantastic job of delving into all the stories and all the conflicts that the fans are going to want to see. I think we were very aware heading in of what the big questions were and the big cliffhangers, both story-wise and emotionally, to dive into. I will say this: I think it’s everything everyone loves about Timeless and it’s really fun to see the gang on another adventure. During the last ten minutes of it I got choked up. You live inside these things so it’s hard to get emotional reactions to, but watching the last ten minutes and seeing the beautiful job that everyone did, providing some kind of closure but still leaving a possible opening if there ever is an opportunity down the road. It ends in such a loving way and so clearly that everyone involved has such affection for it, so you really get choked up seeing what we were able to do. It’s got such a positive heart, and to be able to end with its heart front and centre was so moving to me. I’m mostly dead inside so to have an emotional reaction to those last ten minutes is really something.

The House with a Clock in its Walls is now available on Blu-ray and DVD. The Timeless 2 hour finale will air on Thursday December 20 at 8/7c on NBC.

Interview: The House with a Clock in its Walls’ Eric Kripke was last modified: December 18th, 2018 by Leora Heilbronn
View on Instagram |
1/9

Interview: The House with a Clock in its Walls’ Eric Kripke was last modified: December 18th, 2018 by Leora Heilbronn
View on Instagram |
2/9

Interview: The House with a Clock in its Walls’ Eric Kripke was last modified: December 18th, 2018 by Leora Heilbronn
View on Instagram |
3/9

Interview: The House with a Clock in its Walls’ Eric Kripke was last modified: December 18th, 2018 by Leora Heilbronn
View on Instagram |
4/9

Interview: The House with a Clock in its Walls’ Eric Kripke was last modified: December 18th, 2018 by Leora Heilbronn
View on Instagram |
5/9

Interview: The House with a Clock in its Walls’ Eric Kripke was last modified: December 18th, 2018 by Leora Heilbronn
View on Instagram |
6/9

Interview: The House with a Clock in its Walls’ Eric Kripke was last modified: December 18th, 2018 by Leora Heilbronn
View on Instagram |
7/9

Interview: The House with a Clock in its Walls’ Eric Kripke was last modified: December 18th, 2018 by Leora Heilbronn
View on Instagram |
8/9

Interview: The House with a Clock in its Walls’ Eric Kripke was last modified: December 18th, 2018 by Leora Heilbronn
View on Instagram |
9/9