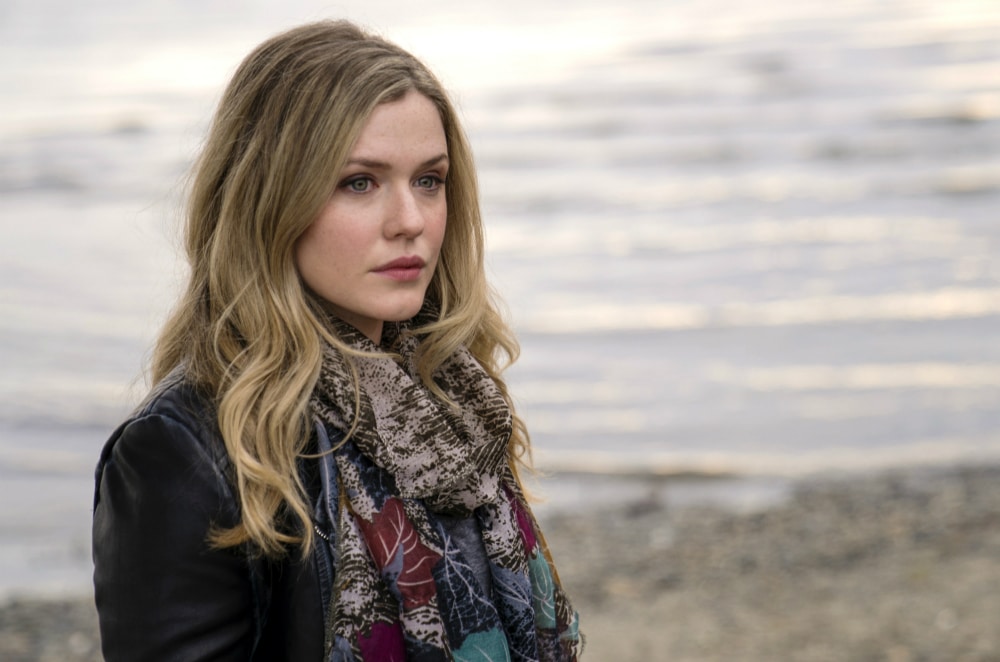 While we knew coming in to our interview with Townsville, North Queensland-born and Los Angeles-living Harriet Dyer would be fascinating, there was an element of surprise on display revealing the honesty and openness of Dyer, not only about her exciting NBC series The InBetween, which debuted to a strong response, but about many aspects of her life and work. Check the series out on Wednesday nights and see for yourself the paranormal and psychological themes that are clearly overtaking the production.

The following is a condensed and edited version of a fun chat with the upbeat and wry Harriet Dyer of The InBetween.

Brief Take: You dressed very appropriately for the NBC Upfront. Was this by design?

Harriet Dyer: That was a fun coincidence, that backdrop. I mean I look like a circus tent [laughs] and I thought, “oh no. This is either going to go wonderfully or wonderfully wrong.” But then I saw that backdrop and I saw the photos, and I thought, “no, it’s great”. I started working with this amazing stylist and she always has a vision, but I’m sure that even for her that was a fluke.  [laughs] Actually, the other day, I had a press day with Paul Blackthorne, and I was in purple and brown this time, and I looked behind me and the backdrop was exactly the same. I guess I’m coordinating outfits with the backdrop look. 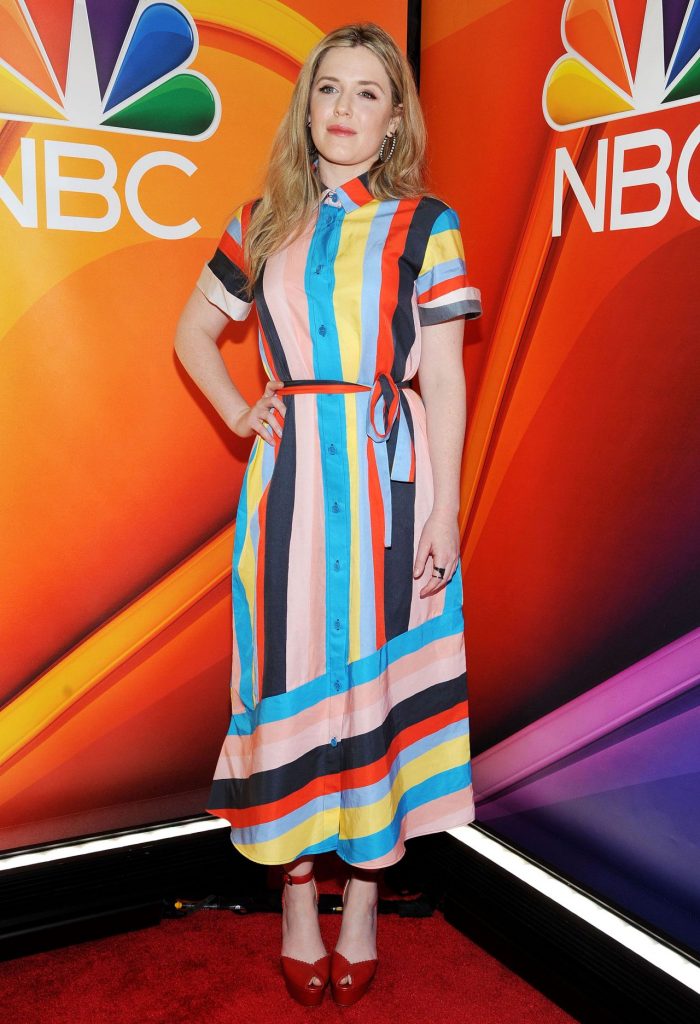 BT: You’ve travelled back and forth from Sydney to LA a lot. Are you able to watch shows and movies on the flight?

HD: I quite enjoy Disney movies, which I grew up watching. I feel like it’s such a safe place to not have to make excuses for while I am watching them. [laughs] I also really enjoy an old musical. I recently watched Singin’ in the Rain on the plane. Singin’ in the Rain on the plane, that rhymes. What else? I tend to binge watch really good dramas, that, like everyone, I get very weepy on a plane, I tend to cry a lot, like if a dog dies or something, I’m just gone. I can’t control myself. I’ve been watching a bit of Pete Holmes, he has a couple of HBO specials, and on a plane I’m used to watching him.

BT: Speaking of your travel, you shot The InBetween in Vancouver and got to experience a Canadian winter.

HD: Yeah, that was a shock to the system. We don’t get weather like that in Australia, definitely not where I grew up. It was pretty wild, I gotta say. I’d never experienced snow before, but I loved it. I think that a lot of Vancouverites were like “well, this is actually pretty nice”, because I was told the rain would come and it would stay for 3 months, but it wasn’t bad at all, it was kind of beautiful. I really, really loved it. And I loved Canada. I had never been to Canada, we’ve got the Queen in common, we all love her. [laughs] There is a slight camaraderie there that is instant.

Looking for an Uber and tomorrow’s episode. @nbctheinbetween #theinbetween #poorcassie @nbc Wednesday at 10. Tune in for ep 2 👻✌🏼

BT: Shooting there must also inform the series.

HD: They initially set the pilot in Los Angeles, and no one was buying it. They put this orange film over everything and fly in some palm trees, [laughs] but unfortunately no one was buying that that town was L.A., at least not in the month that we shot. So when we went back to complete the series, to do the reshoots and the remaining nine episodes, we changed it from L.A. to Seattle, which was a much better fit, because with Vancouver’s sort of backdrops, Seattle was a better fit.

BT: You fall out a window in the one episode, which looks exciting! What was the most exciting stunt that you got to perform?

HD: I’ll tell you what, I had to swim in a tank, which was pretty interesting. I grew up in swimming pools, as most North Queenslanders do, because you can’t swim in the ocean, because everything in it will kill you. So we all grew up in swimming pools and I thought that I was quite prepared for this kind of thing, but a tank is a totally different kind of experience. It’s all black, for instance, you can’t really see where you are swimming, you don’t know where the camera is exactly, you could easily swim into it and crash into it and ruin the shot. [laughs] Also, you had to go down like 12 feet or something, every time, to get a good shot of me coming up through the water. And at the end of it, Charles, my head was exploding from all of the water pressure changes. I’m not a princess, but I’ll tell you what, I really needed to wrap that one up, it was pretty exhausting, pretty quickly. But the most fun, probably, I mean falling out the window was terrifying, I was on these four tiny wires and looking up at this camera, which was shooting me in slo-mo, and a lot of it was a wonderful stunt double I had called Rebecca, but a bunch of it was me.

It’s really funny, when you audition for a TV show, you never expect that you’ll at some stage be standing in the middle of a street (in Canada), pretending to have a horse running at you, and sitting in a car and screaming and pretending that you’re caught on fire, and then dancing on your feet in a bar and pretending you’re being swarmed by locusts, like there were so many visions in which Cassie participates, that is, information from people on the Other Side, that it was like an acting marathon, really. Every week I had to do something crazy. I was buried alive, that was an experience because they really did put me in a tiny coffin and throw dirt on the top and nail it shut, and I had to hit the lid and scream like [chuckles] it was wild. Luckily, I have a pretty dark sense of humour and I was able to laugh my way through most of this stuff, but it was wild. 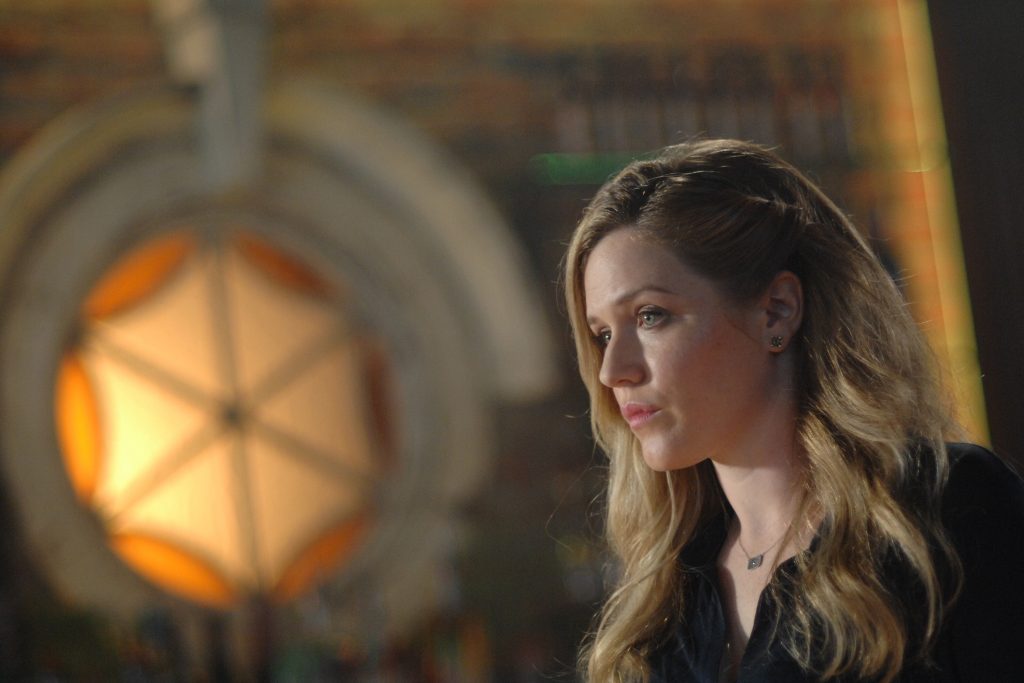 BT: Your character Cassie seems the slightest little bit off. Did you craft her this way?

HD: Well Cassie is sure of herself in the sense that she doesn’t know herself yet. She’s only 25, whereas I’m 30, and in that time a lot happens, I think, for a young woman. She second guesses herself, but she’s also kind of strong. I think that we meet her at a weird time, in the sense that she isn’t sure what to do any more with these visions and with this information. She has an option and an opportunity to block it out and to drink until she doesn’t see them any more, which is something that her mother did, or does she lean it and go okay, well I have an opportunity to kind of change some people’s worlds here a little. And it’s hard, a 25-year-old doesn’t really have that drive. 25-year-olds, to me, they’re kind of working out how to pay bills, so she’s going to go on a bit of a journey, and that’s why I hope to get more seasons, because she’s at the start of working this out. She doesn’t have the wisdom that Allison DuBois in Medium did, even Jennifer Love Hewitt’s character in The Ghost Whisperer, they all had some wisdom,  as they were 5 or 10 or 15 years older than Cassie. But Cassie, you’re right, her clothes are a little kind of not fitting quite right in an adult world and that’s really sweet about her.

BT: What’s something that you learned about yourself from playing Cassie?

HD: I think that openness, that was a big thing from Cassie. I learned from Cassie that there is something else out there and because I can’t see it, it doesn’t mean that it’s not there. So I generally feel better about life, knowing it’s not the end, like the pre-Christopher Columbus map, when it would be straight and then would fall off. I got a little gift through being in her head, which is that life goes on and that makes us all feel a little bit better.

BT: Do you in your own life believe in ghosts and psychic ability?

HD: What was really odd is that while I was filming the show, people who had lost people were very attracted to me. I was in the gym once in my building and had my eyes shut and big headphones on, and I opened my eyes and this woman was talking to me. I don’t know who she was or where she came from, and I took off my headphones and she was in mid-conversation, and I was like “Oh, I’m sorry, I missed all this. Who are you?”, and she was talking about her husband that died 10 years ago, and I was like “Okay. Ummmmm, okay”. Like she felt this urge to say something, and she was like “I don’t know why I’m telling this to you”, and I was like “I don’t know either“.  But I gave her lots of love and listened. And then another person was telling me about how his son died, and he was saying “I don’t usually tell this to people, I don’t know why I am telling this to you”. And so it was a very strange, I don’t know, maybe it was a part of me that was open to people and their losses, and they wanted to tell me about them. In terms of having seen a ghost, I’ve never seen a ghost. Sometimes I think that rooms are a bit odd, but I think that most people have those kind of feelings, but I do believe in it. I believe in the idea that energy can neither be created nor destroyed. I used to be a hardcore atheist, but I’ve been reading a few books to get ready for this character and talking to a few people, I’ve kind of done a pretty big one-eighty, Charles, on all that. And I’m kinda glad that I have, as well, I think it’s a real gift to believe. And people who are filled with God, I’m not, I’m not religious in that sense, but they’re so happy that they have it, and I feel that way about this stuff. I feel happy that I believe in it now, because it makes me think that there’s something else and it makes me feel better about my family and my friends, and we’re all getting older and heading towards our natural end and it makes me feel better. 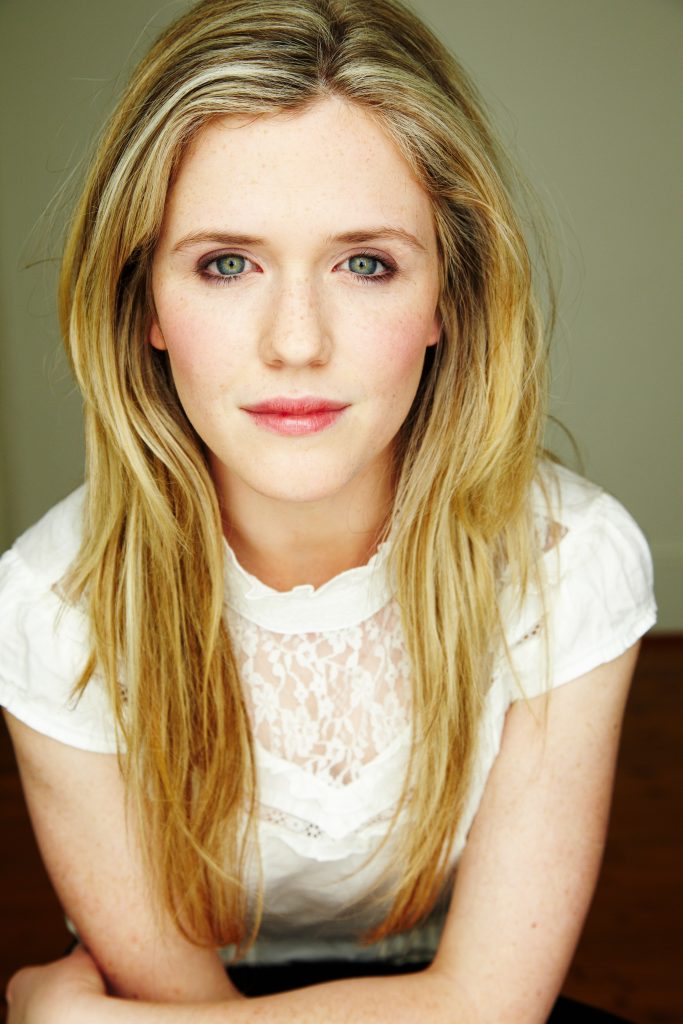 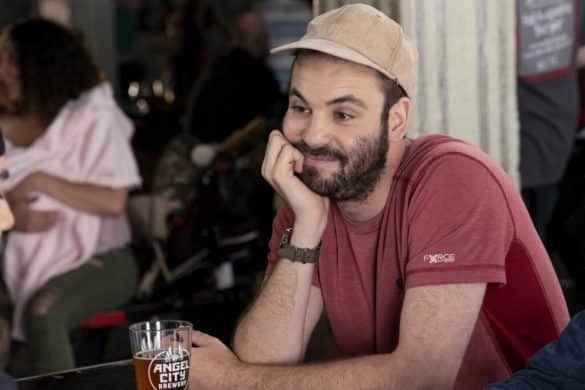 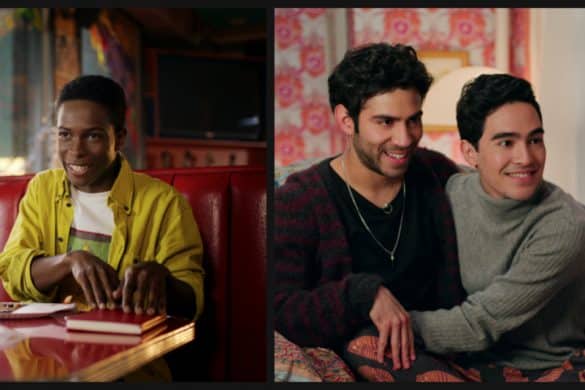 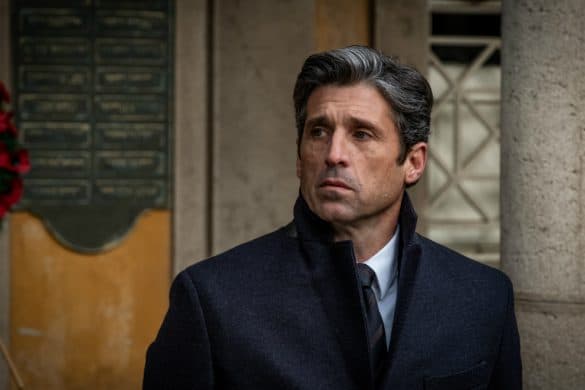