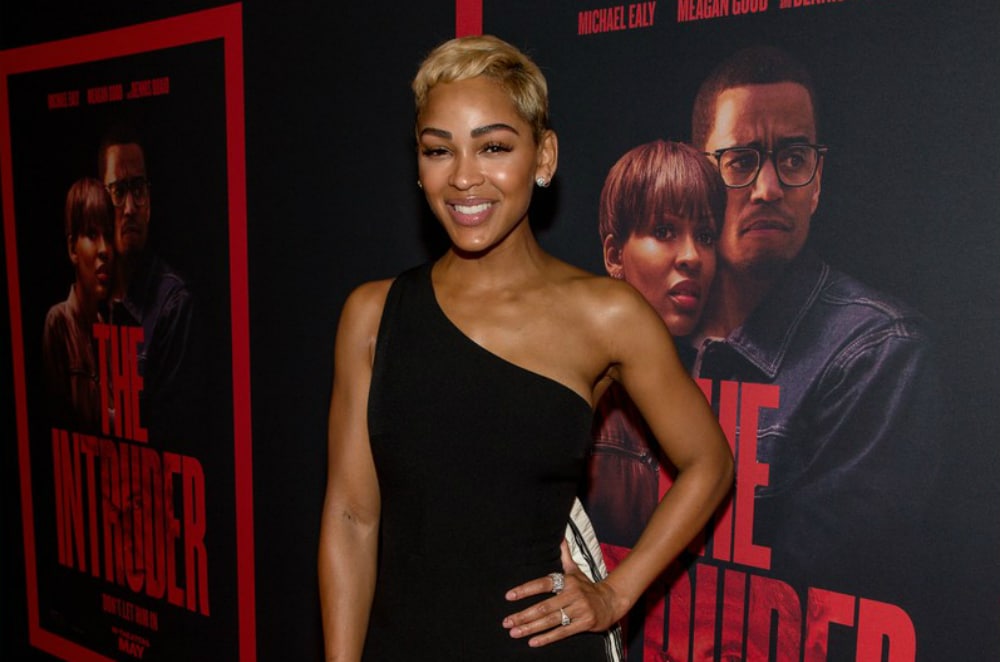 It was a great pleasure to speak with Meagan Good about her performance in the movie The Intruder. We got into an easy back and forth on the phone from New York, where she was on the stop of a press trip that brought her all over the country for this film. I remarked how it must have been a nice contrast from the film Shazam!, in which she appeared as Darla Dudley, and we went from there. In fact, Meagan Good was so easy to talk to and I gleaned so much about her after hearing her insightful answers on a wide range of topics.

The following is a condensed and edited version of our phone interview with the genuine Meagan Good.

*This interview originally ran in conjunction with the theatrical release of The Intruder.*

Brief Take: The audience I saw the movie with were so into The Intruder! It elicited such a strong, visceral response.

Meagan Good: The first time that I saw this movie with an audience, I was in Atlanta, and I was like “Oh, this is crazy! There is so much energy in the room, people are so activated, it must be this city”, but then I sat through screenings and it was the same in Chicago and New York and everywhere else. Then when we came out, the theatre erupted with applause, which was very cool and it was great to have this type of reaction when people are watching the film. It’s a really, really cool, fun experience. I’ve never seen a movie that I was in have people react in this way.

BT: What do you like best about working with Michael Ealy, with whom you’ve worked before, and Dennis Quaid?

MG: You know, it’s twofold. With Dennis, it’s something a little different because I grew up watching him and he’s absolutely incredible. When I get into scenes with him, there’s something about movie stars from the 80’s, 90’s, there’s not a lot of movie stars, so the way that you approach a scene and you’d be willing to try anything, no matter how crazy it was, because that’s where the magic was – that was very inspiring to me. Also, he would say to me, “yeah, let’s go find the magic, let’s just go there and see what happens.” And then with Michael, we had worked together on Think Like a Man and Think Like a Man 2, but we didn’t actually work together, we were in a few scenes together, but we didn’t actually speak to each other. So I really got to know Michael during the tour for Think Like a Man because we were paired together and it’s great because we have this great friendship. It’s great to get back with him and to make this relationship authentic and real and to be able to have this conversation with that kind of stability, it helped that experience work out. 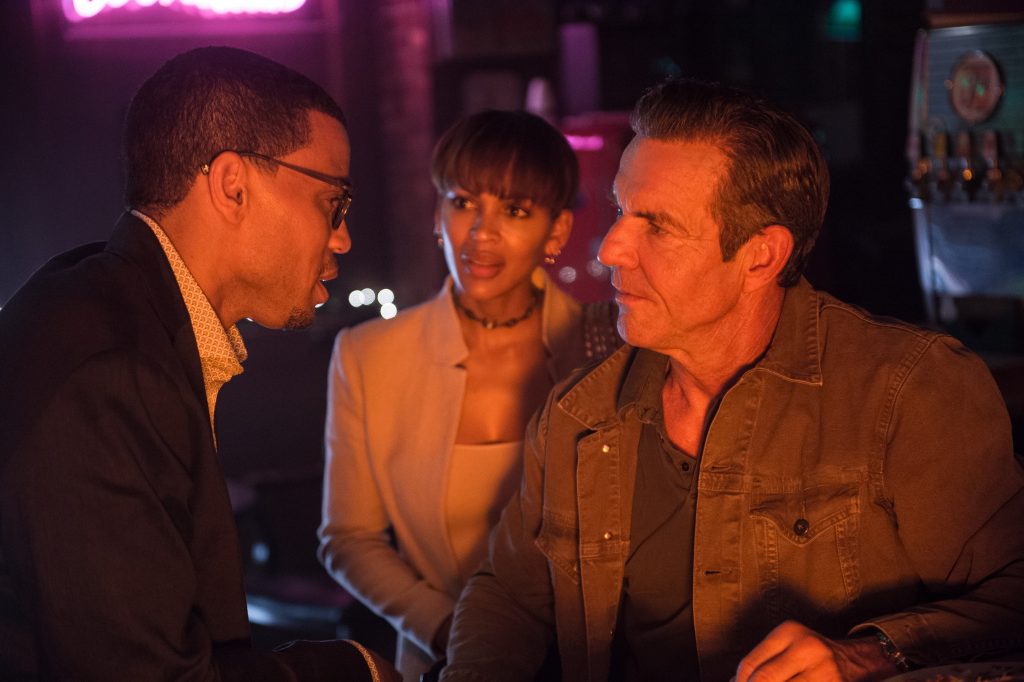 BT: Who are some of your favourite scene partners?

MG: Samuel L. Jackson immediately comes to mind, because when I did Eve’s Bayou, I was 14, and we had a lot of crazy scenes, and a lot of intimate scenes, which was definitely a crazy experience for a 14-year-old me. [laughs] But he really made me feel very comfortable and taught me a lot and we had a lot of conversations. He’s someone to whom I look up, and it was a very special experience, and is someone with whom I would like to work again. Every time I see him, it’s like seeing my Dad, and we have a fun time and we laugh.

Who else? Gabrielle Union—literally when I met Gaby, she was guest starring on this TV show called City Guys and she had just come to L.A., and when I read for Deliver Us from Eva, it was one of the 4 sisters, and she was rooting for me to get the part. I was too young, I was 21 and not 25, and then after we did the movie together, she called up Clint Culpepper at Sony Screen Gems, who was the head at the time, and said “this girl is amazing–you need to work with her”. She put me on his radar and from that one relationship, I did D.E.B.S., You Got Served, Stomp the Yard, Think Like a Man, Think Like a Man 2 and she’s someone who I appreciate and with whom I would like to work again.

My Shazam! family, I’d love to work with them again. Hopefully we get a bunch of instalments as we really did become a family on that movie. And Katherine LaNasa, with whom I worked on Deception, I adore her and would love to work with her again. Milla Jovovich, she’s kind of been a mentor to me, and I’ve never really had one of those.

BT: Can’t wait to see you both in Monster Hunter together!

MG: She’s really, really giving and really kind. You never know with other women, you don’t know what kind of ride you’re going to get. I always go in with open arms, but you don’t always know, but she looked out for me and she cooks for me and brings stuff to set, she’s just a lovely human being. 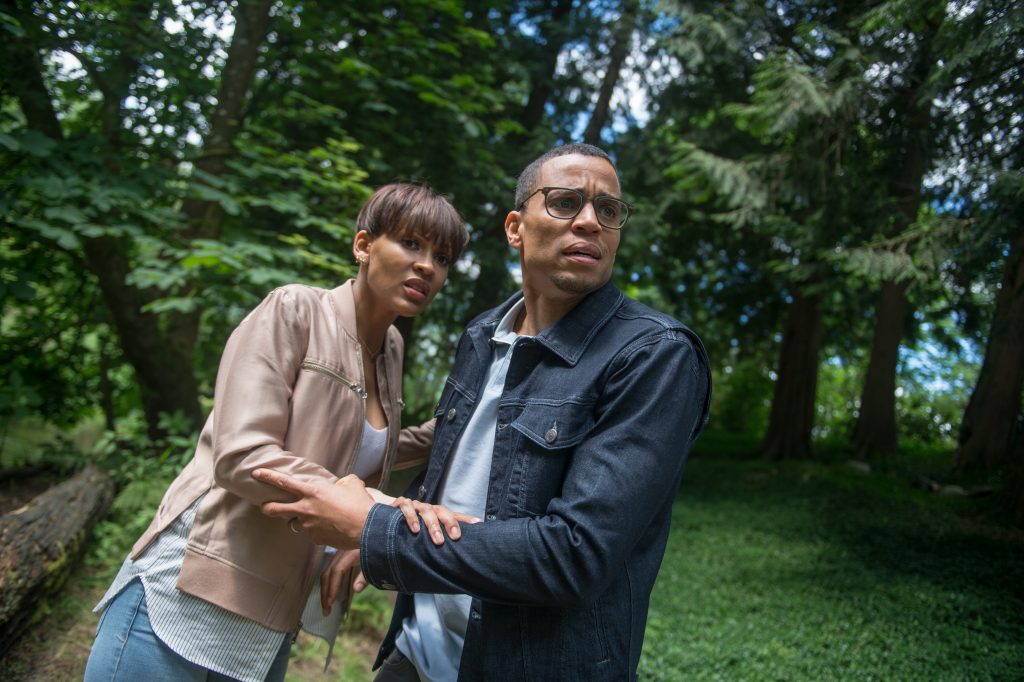 BT: It must be nice to be able to talk about Shazam!

MG: You know, me and the cast, we were afraid to follow each other on Instagram in case our friends would piece together, so it was definitely interesting to keep it under wraps, not gonna lie. They said that we could tell our families, but they didn’t want us posting anything about it, or talking about it. Even leading up to the premiere, it was don’t say anything about the movie, take separate pictures, even 2 weeks after the movie came out, they didn’t want anybody talking about it.

BT: It looks like it was an incredible experience.

MG: They did the job right. I had a lot of fun and I definitely can say that it was a dream come true. I prayed about being a superhero two years prior, and I started working out, doing taekwondo and capoeira, and I’m just going to believe in God that it’s going to come, and I’m going to prepare for it and then when it gets here, I’m ready. When I went to audition, I auditioned for people several times, and then when I left, they called my team and they were like “she was great, she worked out.” Then when I got there to work with my trainer for my character, the first thing the trainer said is that “your character does capoeira”, and I was like “oh, that’s going to work out perfectly!”

BT: You’re a very kind and giving person. How do you suggest more people become altruistic like you?

MG: I think just be conscious of it, that’s the first step, because when you’re conscious of it and it’s on your mind, you’re inspired at any given moment to remind someone that they’re beautiful or remind them that you see them, or that someone else is seeing them, or remind them that something they do is really dope or talented, or whatever it is, that stuff goes a really, really long way. You never know who you’re going to affect next. I just ran into a producer, she works for Will Packer’s company, and she told me yesterday that fifteen years ago she had just moved to L.A. and she had run into me, and was like “I was really scared and I didn’t know anyone, and we had this long conversation”, and she said that I really encouraged her. I had said “you’ve got this”, and it’s going to be amazing and to be excited about the journey and the experience, and she said that it really affected her, and now she works with Will Packer. I just produced Breaking In and she was like “You don’t know how much that meant to me”, and so I just think being conscious and being kind. 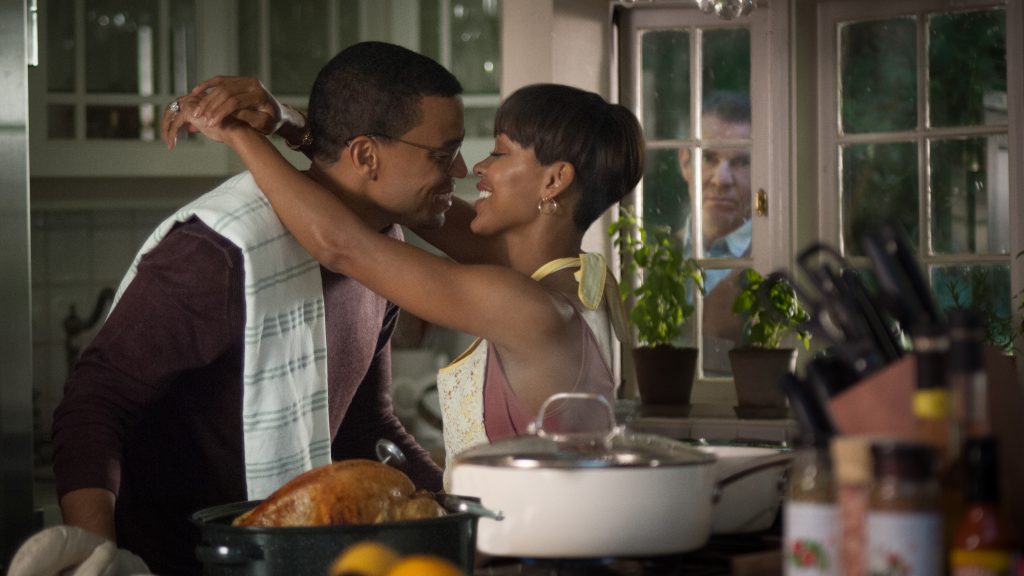 BT: You’ve been in the business since you were growing up, so what sort of shifts in the industry have you witnessed and been a part of and what things have remained the same over the years?

MG: For me, it’s faith, that’s the only thing that has never changed. The business is always changing. I remember shooting with film and that was a big deal to go digital, and it’s like “oh my God, we’re going digital”. I remember going for things and they said “oh sorry, we’re not hiring a woman of colour”, and kind of seeing that start to change. When I did Deception, I was the second black woman to be a lead on a TV show in 30 years after Diahann Carroll, and when I looked around, Kerry Washington was there for the second season of Scandal, Empire just started, How to Get Away with Murder was the next year, and just looking around me and seeing everyone get these incredible opportunities, I’ve never experienced that before. I’ve been in the business for 30 years, so to see that shift, it’s cool because we’re always changing and we’re always trying to grow, and I think that’s a beautiful thing. We have a lot of growth left to do, but it’s great to be young enough and old enough to understand what’s happening and to be able to be a part of it. I think that there has been some significant change and I’m excited. I can’t wait to see what will be five years from now, ten years from now, and I can’t wait for it to be a lot easier to go behind me.

The Intruder is now available on Blu-ray!