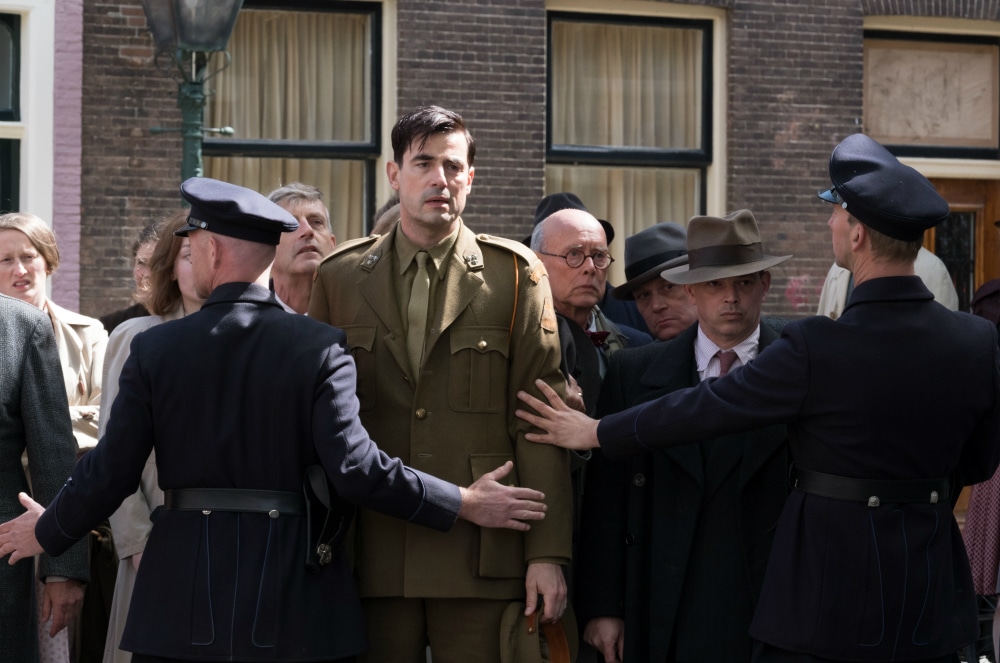 Dan Friedkin’s The Last Vermeer has interested us since it was first announced to be playing at TIFF (and Telluride), as Claes Bang is an extremely intriguing performer and Friedkin’s arc and journey fascinates, from financier and producer to now first-time director with the brilliant film. The story is multilayered as well, with Bang portraying the real-life Joseph Piller, who immediately after the Second World War sets about investigating the curious Han van Meegeren, played with aplomb by the always reliable Guy Pearce (along with a stellar performance from Vicky Krieps).

The experience of sitting down with Dan Friedkin and Claes Bang in a downtown Toronto hotel bar was an fascinating one, as Bang guzzled an iced tea on a surprisingly warm day, and the pair provided a really interesting discussion.

The following is a condensed and edited version of my conversation with The Last Vermeer‘s Claes Bang and Dan Friedkin.

Brief Take: Claes is an exceptional performer but I’m curious why you choose him to be a part of this film and also Vicky Krieps and Guy Pearce, Dan?

Dan Friedkin: I feel really fortunate and I feel in some ways quite lucky, yeah. I mean lucky that I knew Claes from his performance in The Square. He plays a role that has to be very nuanced in this and you have to see it in the face without hearing it, and he certainly did that in The Square and he certainly does it in this film, in my view. I feel lucky in how this was cast because I really feels that it brings that added thing when they’re working together and they’re in that creative sort of bubble and figuring out that scene and extruding everything they can out of it.

CB: I was very, very excited, but having never before worked with these people, it’s never a given that you have that thing in which it sort of connects like this one did, because I really felt that this one connected. You can’t sort of anticipate it, because I’ve worked on projects in which I’ve been like: “Oh, wow! Is it this actor, or is it this actress?” And I’ve been super excited to go in there and then for some reason, it just did not make the connection that you hoped it would. For some reason, we did not bounce off each other in the way….

CB: That is very, very hard to anticipate or to predict how it’s going to play out. And when it does, it’s really such a joy to do that and it makes going to work something to which you really look forward and you want more of it, it’s really, you go home full of more energy than you came into it because it’s a really energizing process to be with people like that, I think. 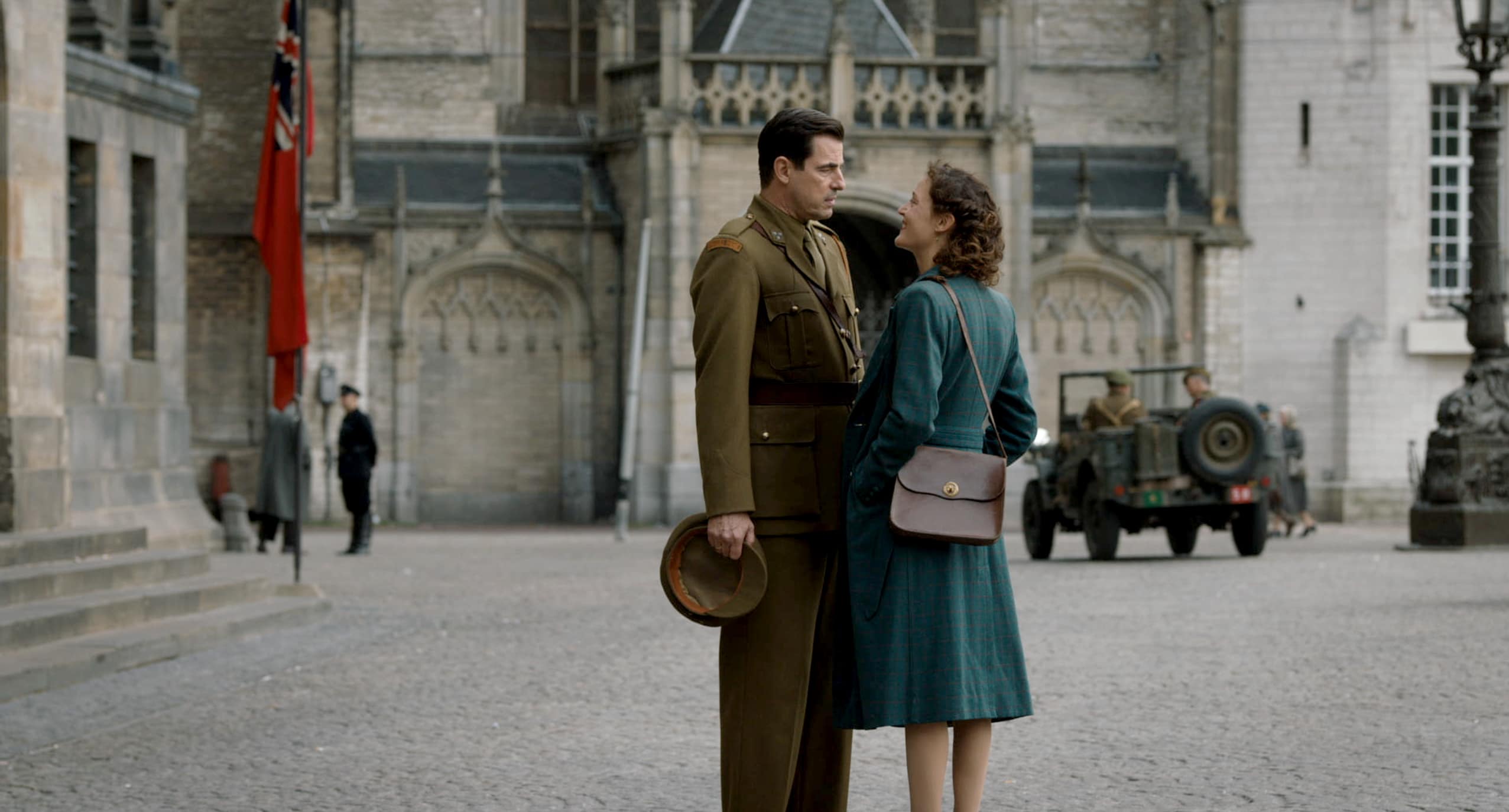 BT: Claes, tell me about building your great chemistry with Guy and with Vicky.

CB: I think that is the reason that I do this job, is that thing with [to Dan] you, me, Vicky on the day. Or you, me, Guy or whatever and you start playing around with it and then it starts to build. That whole communication, that’s probably why I do this, I find it very stimulating, I find it like he has prepped and I have prepped for something and then it’s like: “Oh, is that how that’s going to bounce off you”, and like, “Oh fuck! Cool, man!” And it has that really playful element to it, in which it’s built out of something really…like two seconds ago, it was there and now it’s here. And I find that very satisfactory, really.

BT: Claes, do you see a through line with all of your recent projects including this one in particular?

CB: The thing that happened obviously with The Square, when a film wins the Palme d’Or, the whole industry, the whole business sees it. And then all of a sudden, they’re all sitting there and looking at this character which is me and who they’ve probably never before seen, because I’ve mainly worked in Denmark and in Germany and Sweden, but then all of a sudden, they can see that I can carry a film for like two and a half hours, which I did for The Square. I got a lot of experience because I’ve been working for a long time, so I have the feeling that a lot of people were like: “Wow! He might be right for our project”, which has then, I mean, so many incredible opportunities have presented themselves to me after The Square and because of The Square. And at one point, I was like: “Okay! This is really, really cool and this is something that might never, ever happen again in my life, it might never come back”. So I’m going to try to [chuckles] clear my schedule and see if I can fit in all of these projects. I feel that the whole being in all these projects, they stimulate me and I feel ready to take on all of these challenges.

And I feel that the whole being in all of these projects, they all stimulate each other. I take something from one and that does something for the other one, and I feel like my stage work stimulates my camera work and the other way around, so in that sense, it’s been a crazy couple of years in which I’ve worked so much that it’s been really stimulating. 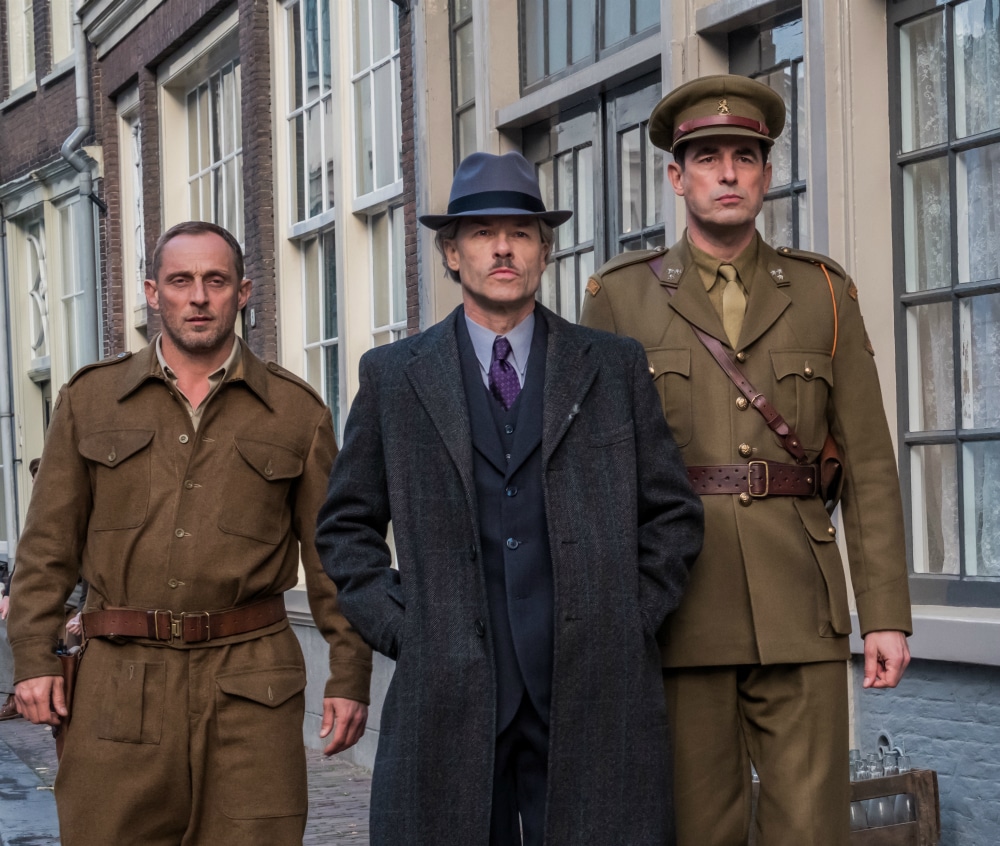 BT: Dan, now that you have directed for the first time, how does this affect the way in which you observe films?

CB: Has it changed?

DF: That’s a great question. That’s a really interesting question. I think that more than anything, the process is humbling and I think I look at things a little bit more…I think it’s a little bit of a different lens. The big thing is how many ways that there are to do things and how many more experiences do I want, and ultimately you get a sense of how great filmmakers are. It’s a learning process and however much you absorb, you’re constantly, constantly learning, and quite frankly, how much more I have to learn about that by watching other films. But I do think that I look at it differently. I do. A little bit more technically, I would say, more than anything. Whereas, before this, I would watch a film, put popcorn in my mouth and enjoy the experience of it and the entertainment value of it, and now I do find myself coming out of it a little bit more and looking at shot angles, and hopefully a lot of these ideas will inform something I do in the future because I want to learn as much as I can.

BT: Do you think that film helps to lead us toward the truth?

DF: I think that film is a way for me, I can’t speak for others, obviously, but for me, it’s a way of better understanding myself and things that have, to me, been important. There are some very personal aspects of this story for me and I think maybe not as much about “truth”, but recognizing that there is subtlety and nuance and all of these considerations. We deal with art in this film as you know, and another important element is “What constitutes art?”. Because a group of people say that it’s art, does that make it art? Well, sure! And to some extent, everything is sort of iterative, right? I mean, every artist is informed by other experiences and other artists, so where do we draw that line?


The Last Vermeer opens in select Canadian theatres this Friday