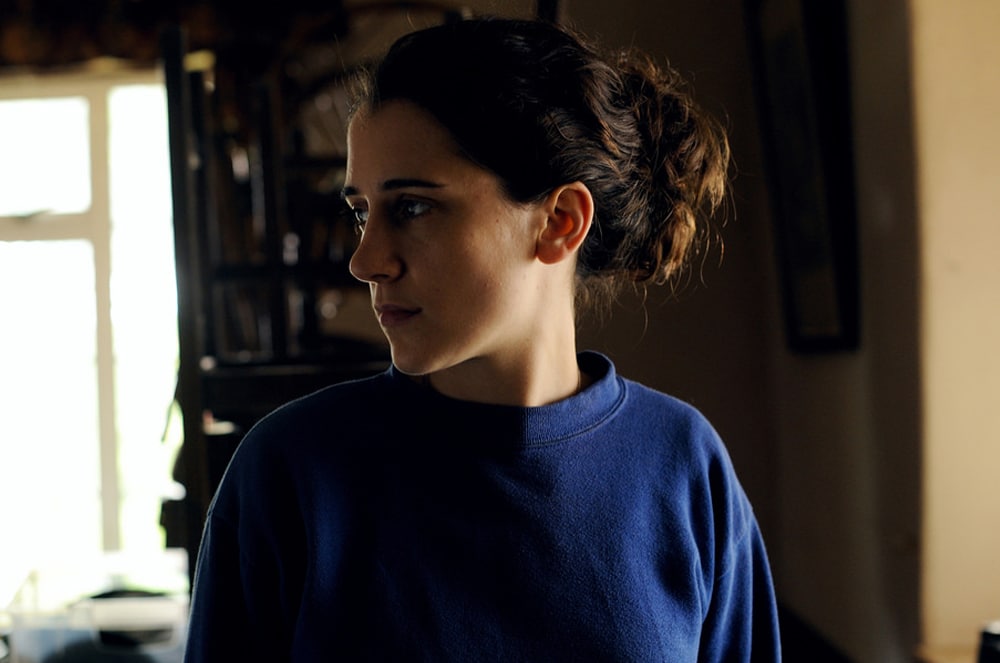 The day started with a little bit of bad news, as the director of The Levelling, Hope Dickson Leach, had been given unfair treatment by the transit gods. The interview that we had scheduled was going to have to be cancelled, which seems to happen during the Toronto International Film Festival. However, there was a bit of sunshine in this cloudy news. The star of the film, Ellie Kendrick, made her trip as planned and we sat down with her at Mongrel House. Kendrick was very self-aware by the name of the location, remarking “I am a Mongrel myself. Mongrel House feels like my rightful home”. She was a perfect guide for discussing The Levelling, a gem of a film and a true Discovery. Here is an edited version of our interview from TIFF.

Brief Take: This film is a bit of a difficult watch.

Ellie Kendrick: That’s what I like about the film, that it is unafraid to show characters who are complicated, and at times, unlikable and conflicted. That to me makes them all the more lovable. It makes them real, and people who are real I find that more relatable and they’re full of contradictions, and they’re unable to express these feelings, all of these emotions that they have.

For me, underneath it all, it’s two things: firstly, a love story between this father and this daughter and also towards this family member that they’ve lost and they grieve together. On the other hand, it’s almost like this thriller because there is this detective element that Clover has towards this horrible thing that happened, so she follows the clues and she is trying to piece together the puzzle.

BT: What can we make of the land in the film?

EK: The land is a main character of the film, so perhaps when we get that rain at the end, rain is both something destructive and creative, and the natural message of the film is full of complexities, in that it takes with one hand and gives with the other. Obviously water plays a huge role in the film because it revolves around the complete actual event of the flooding of the Somerset Levels. This is a real thing that happened!

There was a huge deluge over Somerset, a rural area of England where we made the film, with a big farming community. The whole area flooded and there were parts of the land that were submerged under six feet of water. This was a politically charged issue in the U.K. because it really happened. There is quite a division between urban and rural areas and it was under-reported even though there were huge communities that were displaced. That trailer was actually there on the farm.

BT: How does the role of Clover fit into your career arc?

EK: That’s interesting. I think that it is always a combination. I think that every role that you play as an actor you have to find parts of the character that are outside yourself, otherwise you’re just playing yourself and that’s really boring. But otherwise, it’s very difficult to approach a character, without in some element incorporating a tiny bit of yourself, whether that’s in the way that you move or you speak. You’re in your own body right? When you’re playing a role, part of it has to be materially you. I always when I am playing a role try to find a different way of moving or a different way of tilting your head or whatever it is, that means you’re in a slightly different place.

For the character of Clover, I worked with the dialect coach, and I think it wouldn’t be noticeable to anyone else, but I changed the sound of a few of the vowels she had, so it’s slightly more of an accent which would be relative to that area.  This is definitely one of the roles I have been most attached to ever. There’s so much heart and power and emotion in this script, and so many complexities and contradictions in this character that felt so real to me that I couldn’t help but fall in love with her a little bit and all of her faults and all of her vulnerabilities.

That was an important one to me. Obviously playing Meera Reed (in Game of Thrones) is so much fun, because I get to do axe fighting and skin rabbits, which is ace. Another role I enjoyed was playing Anne Frank in The Diary of Anne Frank, that was kind of like my first big part and I also love doing stage work. My approach in general has been to go for roles that I find exciting and kind of different than me. I’m not interested in playing me. That’s boring because I am me. The gift you get as an actor if you’re lucky enough to get the right script that comes through, is to see the world through someone else’s eyes and approach your surroundings in a different way. Is it terrifying? If it’s not, it’s not interesting.

BT: What about Game of Thrones?

EK: Isaac (Hempstead-Wright), who plays Bran is a full foot taller than me, and I actually feel it when I have to drag him around. I was filming this and I had literally one day off before I started filming Season 6 of Game of Thrones. Being able to hop between projects like this is so exciting because they’re two different experiences.

BT: What can we expect from this upcoming season?

EK: Can’t tell you. My lips are sealed.

The Levelling is available on DVD on April 25th and is currently playing in select US theatres.