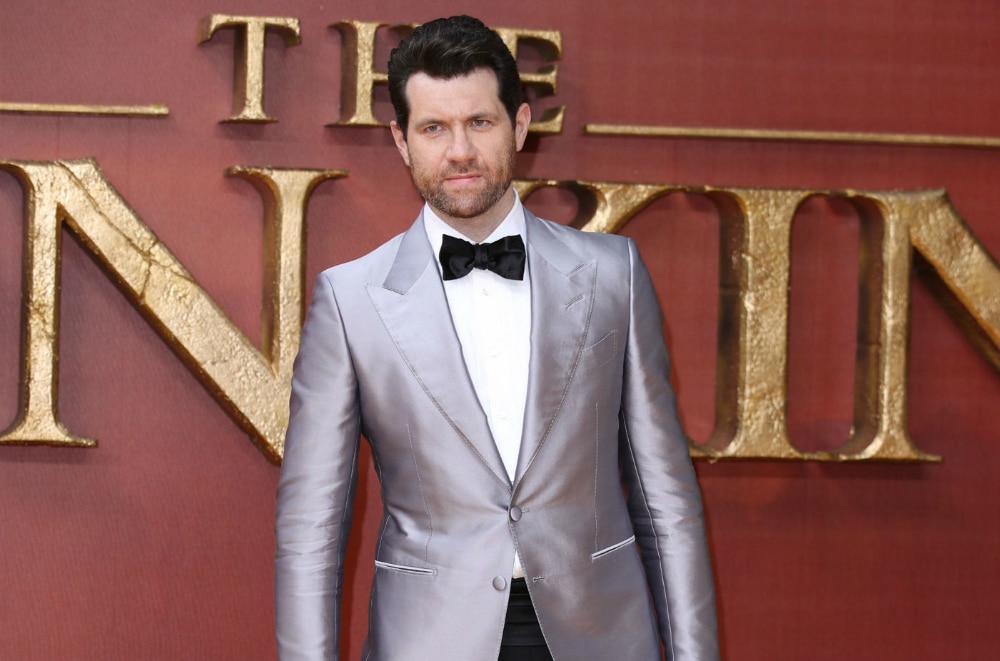 One phrase that comes to mind when being in the company of Billy Eichner is “class act”. Eichner is a versatile performer, a natural doing comedy in Billy on the Street, the Hulu gem Difficult People, and the Netflix series Friends from College, as well as crafting darker roles on American Horror Story. His diverse portfolio includes the upcoming Disney+  Christmas movie Noelle opposite Anna Kendrick and his much anticipated queer romantic comedy (that he both wrote and will star in for Universal Pictures).

The hilarious and heartfelt Eichner shines as Timon in Jon Favreau’s gorgeous The Lion King alongside Canadian mega talent Seth Rogen as partner-in-crime Pumbaa. Eichner places his own spin on Timon, a meerkat, inheriting the mantle from the legendary Nathan Lane, and along with Rogen, his co-star from Neighbours 2, they’re definite highlights of the film.

The following is a condensed and edited version of a fabulous roundtable discussion with the remarkable Billy Eichner of Disney’s The Lion King.

Brief Take: As a huge Lion King fan, I want to know everything about your experience recording ‘Hakuna Matata’.

Billy Eichner: It’s pretty unusual for these types of movies, but we were all in the room together, all the actors were together. So me, Seth, and Donald (Glover) did ‘Hakuna Matata’ together and we recorded it a billion times. Hans Zimmer was there, Jon (Favreau) was there, and we kept trying different things and riffing, it was super fun. You kind of have to forget that it’s a classic. You have to ignore that a little bit, then you can put your own spin on it. There was a lot of improvising, a lot of improv between Seth and I in the movie, surprisingly. But I think that’s pretty cool and it helps differentiate it from the original. 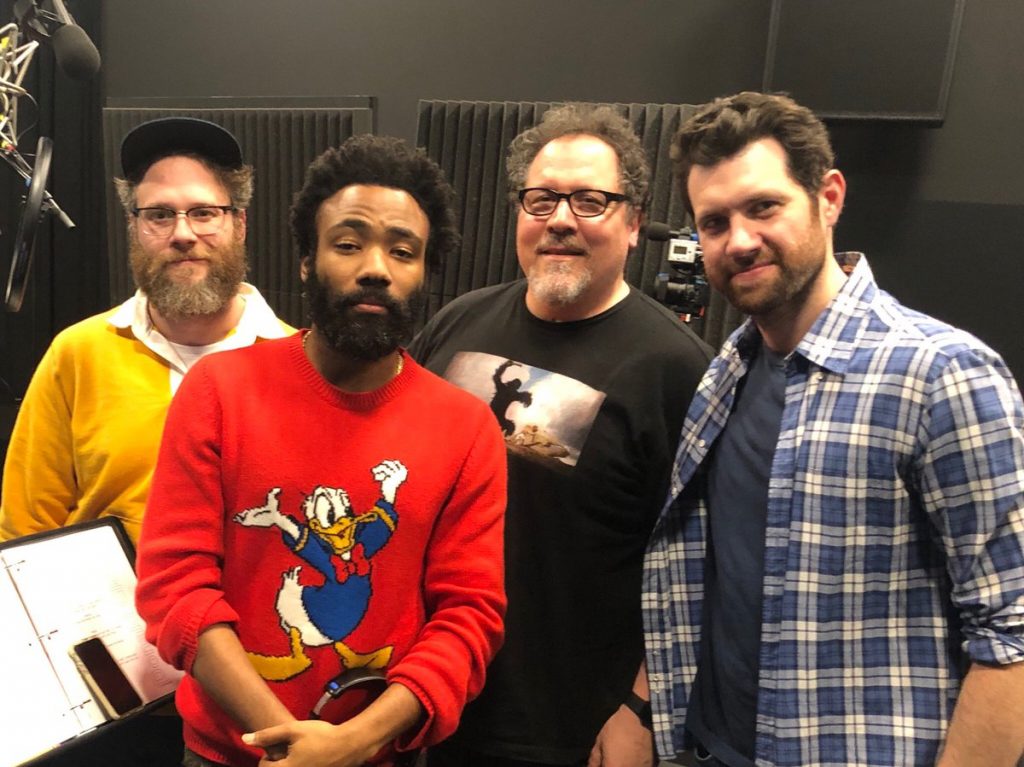 With a film this iconic, you kind of have to pay homage to the original while also focusing on making the part your own. Did you speak with Nathan Lane prior to recording?

BE: I grew up in New York going to Broadway shows and loving Nathan Lane, just worshipping Nathan Lane. Even before The Lion King, I saw Nathan in a production of Guys and Dolls in 1992, which is where he and Ernie Sabella, they were doing Guys and Dolls together and then they went out of that production and did The Lion King together. So I had all of that in my head. [laughs] Now I’m friends with Nathan for a couple of years and he’s a Billy on the Street fan, so I emailed him, that was the first thing I did. I was like “I’m going to do this. It’s impossible to do it better than you did it, but I just want your blessing.” And he was hilarious. He said “What are you going to do next, The Birdcage with Ryan Gosling?”.  He was lovely.

Then once we got in there, myself and Seth Rogen, we basically looked at each other and said “look, Jon cast us for a reason. Any other actors would be here, everyone wanted to be in this, so we’re just going to do our thing.” And that’s what we did. 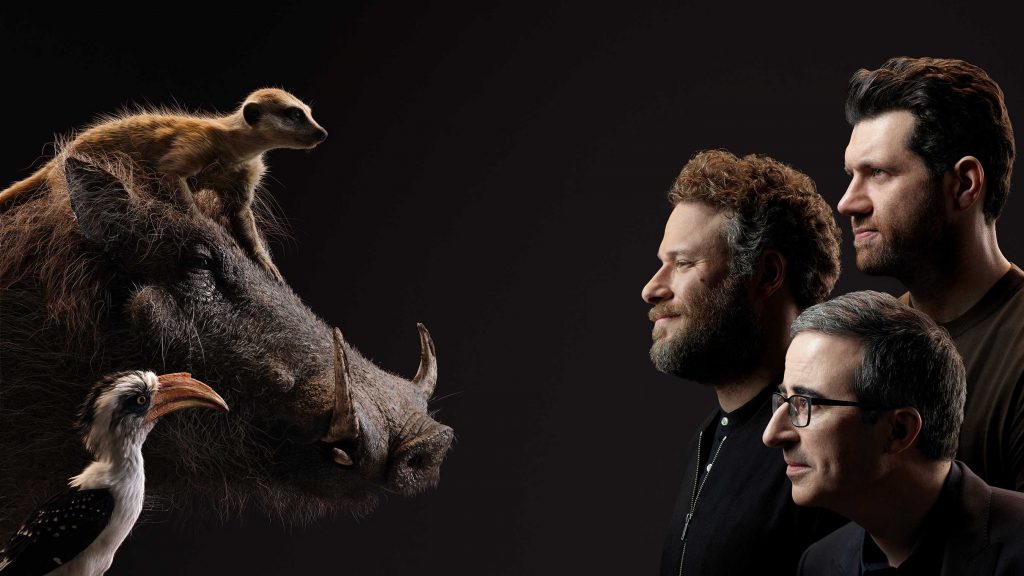 BT: Tell me about working with Canadian treasure Seth Rogen.

BE: Seth is a great guy. We knew each other a little bit before this started. He was great. We both looked at each other at the beginning and said “thank God you’re here”, because we knew each other. If we had to start from scratch, like if I had to start from scratch with someone I didn’t know, that would have been even more intimidating. We really hit the ground running. The first day that we worked on the movie, we read through the whole script, they recorded it. Jon threw us up on this makeshift stage and had us literally walk through the movie as if it were a play, and had us put our scripts down and improvise every scene. So if I had to do that with a stranger, that would have been hard. But Seth is so chill but also really ambitious and really wanted to do a good job. It was lovely. We actually had a really good time at the end of the day. 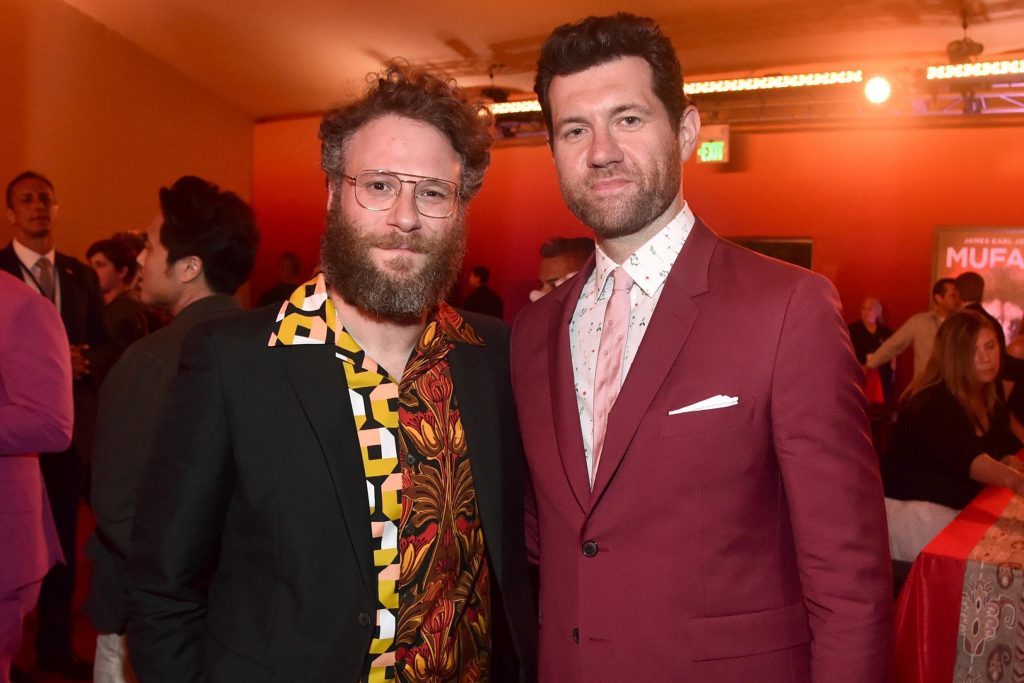 BT: What did you like best about collaborating with Jon?

BE: Jon was amazing. My favourite thing is that he cast me. Other than that though, he was so collaborative. This movie is obviously an epic movie, a lot of pressure is on this movie to work. But once you got into the room, you didn’t feel that. It was very warm and you felt like you were almost in an improv class together, you know? It felt like we were just a bunch of comedy guys sitting around riffing and just trying to come up with ideas and trying to inspire each other. He would throw out jokes, we all would throw out jokes, and it was very collaborative. I really, really trust him because he’s so smart and his track record speaks for itself. He knows how to do this big spectacle but make it feel really smart and incisive and specific and not canned somehow. It’s a very specific gift he has, so I trust him.

Disney’s The Lion King is now playing in theatres everywhere!