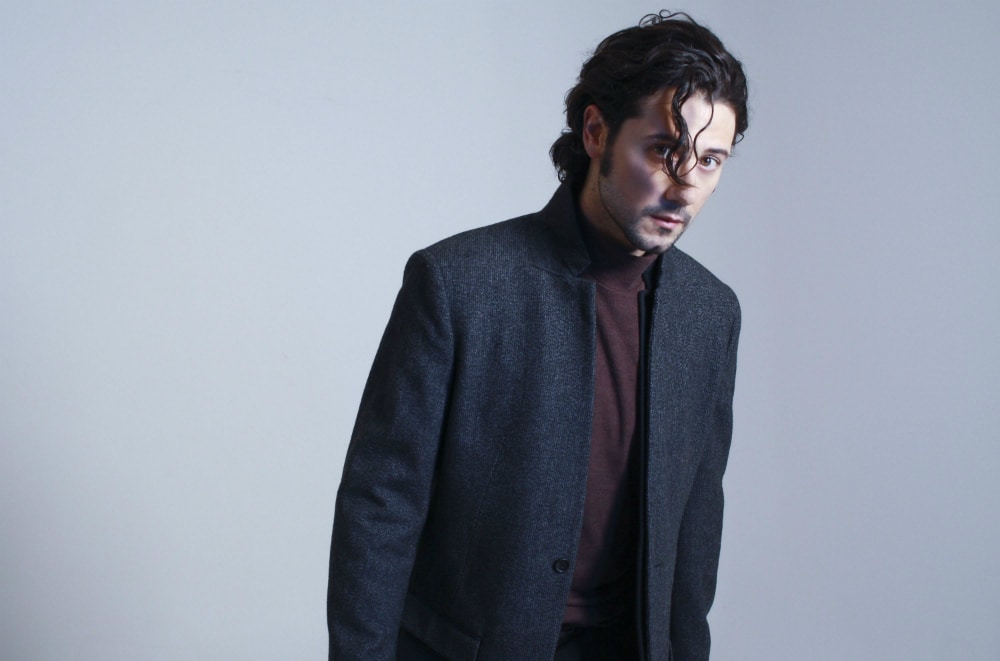 We’d been looking to speak with Hale Appleman for a long time, especially ever since we interviewed both Summer Bishil and Madeleine Arthur last summer. Even so, Appleman went above and beyond what we could have expected from him, especially when one considers that he describes the inspiration for his character the Monster, in season 4 of The Magicians, as a combination of “Norman Bates and Audrey Hepburn and a nervous tic that she has” among other inspirations. (This is the first exclusive of many, so read on Fillorians).

Having Hale Appleman call us from New York City and speak to us at length about the show was a highlight of the year already. Of course, his previous character on The Magicians, Eliot Waugh, is one that we know extremely well, and now we understand The Monster better too (just wait until you see him in the new season!).

The following is a condensed and edited version of our interview with the lovable Hale Appleman.

Brief Take: How did you and Summer Bishil establish your dynamic so well and how does this translate on the screen?

Hale Appleman: You know, honestly with Summer, when we met…we’ve all grown and evolved so much over the course of the last four years together. Summer was very shy at first, or at least when I met her she was, and so I didn’t know at first what kind of rapport we would have really. Then after a couple of days, we kind of learned how to make each other laugh. We knew that we had a really strong avenue with humour with each other and there’s something incredibly idiosyncratic about her. She can turn a phrase or say something out of left field in a way that is unlike any other person I’ve ever met. Her brand of humour and spontaneity is unlike anyone I could even have imagined. She’s truly a one of a kind person in all ways. But I think that the first kind of crack in the veneer between us was laughter, and through that we were able to become close in our personal friendship. I have so much respect for her. She’s truly gifted and I love her so much.

BT: This season, you two are separated and Summer talked to us about how difficult that was. Do you think that it was done intentionally?

HA: I think that behind that vision, there’s a little bit of the idea of ‘absence makes the heart grow fonder’. [laughs] If you separate us for long enough, the reunion will be that much sweeter. That being said, I’m playing a different character this season, so when I do encounter Summer, on the show, we have a new relationship to forge or not forge, depending on the scene. It’s still us, it’s still Hale and Summer playing together, but Eliot and Margo are…not really present. 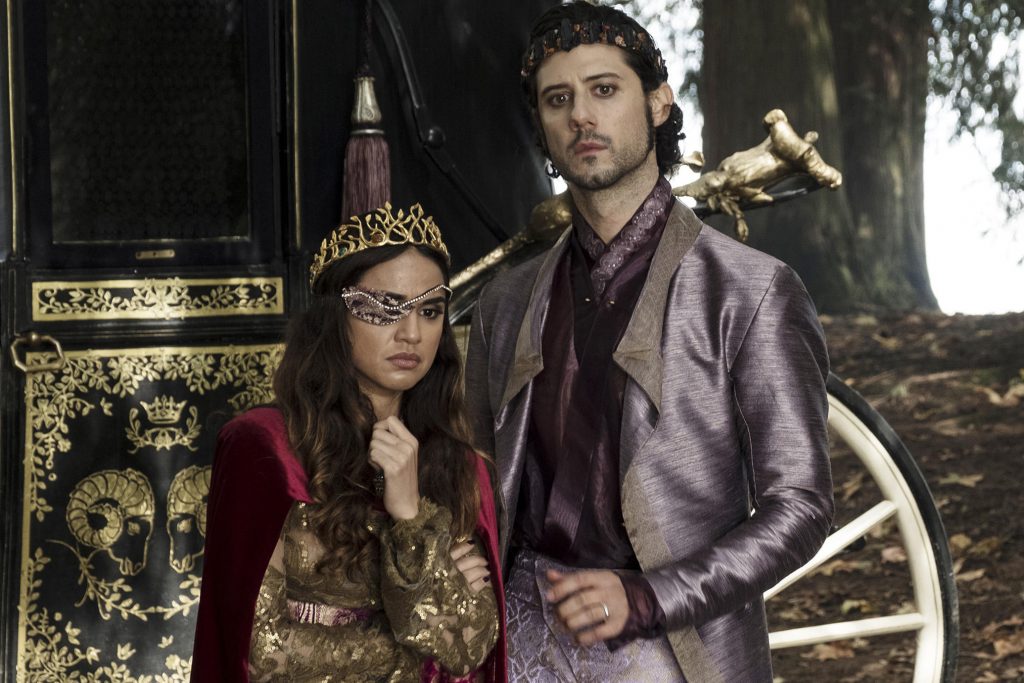 BT: What is it like playing a new character on the same show?

HA: I can’t say that it was as easy as playing Eliot, in the sense that I had all of this material to source and actual novels, that is a rare gift that you have as an actor. For me, as the Monster, I just saw it as a huge opportunity to change up the expectations of the audience and gave me permission to explore something completely different. I ultimately settled on this idea of the dark shadow of your inner child, someone who has been neglected and left alone for thousands of years. He’s finally able to explore the world around him, which has changed and of which he has no understanding. He has been so neglected that he is without a true understanding of human empathy, and his headspace operates around his need for attention and his need to follow through on the mission he set out to accomplish. So he has a hit list of people that he has taken revenge on and also has this amnesia kind of child-like view of the world. He cannot remember who he is truly or from where he came. So there’s this element of him piecing it together. He’s been living in darkness for so many thousands of years and he’s finally able to start to piece it all back together.

HA: I think about it as the dark shadow of a child. Inspirations that I could draw from were the great monsters of cinema such as Frankenstein’s Monster and the idea of a monstrous spirit living in a human body somehow, and needing to learn how to live within a new body. Something that I thought about playing with a little bit is how he speaks and how he forms words, the things that he encounters in the sort of every day human life around him — What’s an ice cream cone and what’s a t-shirt and how do I eat a bowl of cereal? [laughs] So there’s a lot of humour in it. I hope that people enjoy it; I definitely took a chance and it was really exciting to take an opportunity to change it up, especially in terms of what people expect from me. This show spans so many different genres and has influences from across the board. I like that there’s a meta-quality to The Magicians in which we can sometimes wear our references on our sleeves—whether it is pop culture or tropes within horror and fantasy. 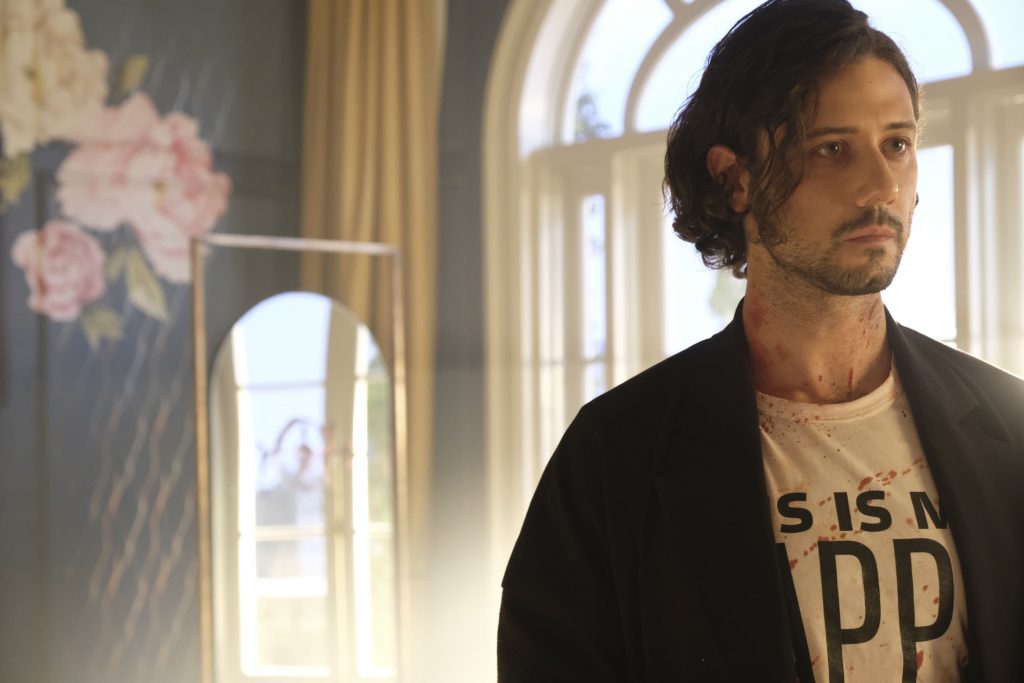 BT: The meta-quality is fascinating, especially the scene in which you referenced so much pop culture last season.

HA: It’s certainly fun. In that scene, Summer and I certainly knew what we were getting ourselves into, and the need to prepare and just play, just play it to the hilt, because we knew that a scene entirely composed of pop culture references was a very specific task, that had to do with timing and investment.

BT: Then with Grace Park, of whom you referenced in that scene, you really did run into her at Comic-Con!

HA: [laughing] I did run into her, yes. I ran into her in an elevator. I said “Oh hi, Grace Park, I just referenced you on our show”.

BT: And she had no idea!

HA: Thought I was a creepy stalker. So Grace Park, I’m so sorry to have scared you like that! But yeah, she’s a sci-fi icon. It was a nice little synchronicity to run into her in an elevator while we were promoting. [laughs]

BT: I’m very interested by you in general, Hale, you’re a bit of a mystery. How much of your personal identity is formed by The Magicians and in the roles that you have taken?

HA: I would definitely say that there’s a…, hmmm, how do I put this? My intention is aligned with certain roles that I end up getting. I don’t think that is a fluke or random that I attract the roles I attract. I think that for the most part, my career so far, on stage and the one little indie film I’ve done [Teeth] and for The Magicians, it’s certainly true. They’re an aspect of something I needed to learn from the characters that I’ve played. Aspects of myself to explore—aspects of the character that are aspirational for me to explore, themes, certain themes across the board in terms of the roles that I’ve played, which sometimes have to do with sacrifice or becoming a man, whatever that means, you’re redefining what it means to be a man in today’s world. These are the themes that have followed me through most roles that I have played.

BT: What types of roles would you like to play in the future?

HA: I love that The Magicians has given me an outlet for comedy, although I see myself probably as a more dramatic actor. Not that I can’t play across genres, but I would love to do some work that is more grounded—not that The Magicians can’t be. I feel like part of my joy on the show is to ground material that could be very whimsical, and that’s the beauty of a show that has a swirl of influences around it. That’s an unusual opportunity, so I will continue to seize that opportunity for as long as I am a part of The Magicians. But I also love working on stage; I love theatre. I came from the theatre, so I would love to do some more serious work on stage. I’m doing a film in the next few months which I’m very excited about, but I can’t really talk about it. But it is character-based, and it is a movie about a relationship and it’s just a movie about a relationship between one human and another. So that’s really focused and it’s a huge departure from what I am doing on the show because it’s so single-focused in its central [pauses] there’s no plot [laughs]. The plot is the relationship. Anyway, I probably shouldn’t say anything. [laughs] 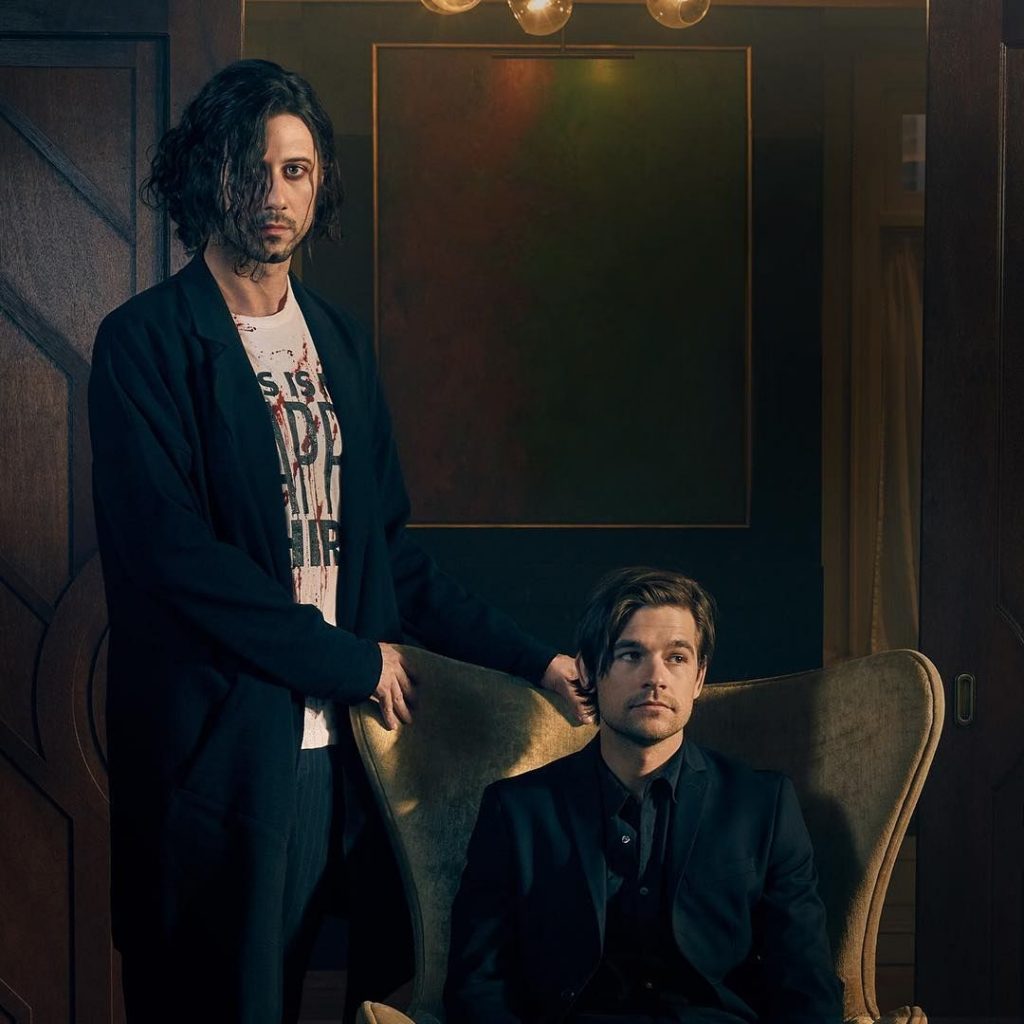 BT: What do you want viewers to get excited for in the upcoming season?

HA: I think that I want people to approach this season with an open mind and an open heart. I hope that they can embrace the Monster. I hope that they enjoy him, and find that some aspects of him are at least attempting to be human, in the face of all his darkness.