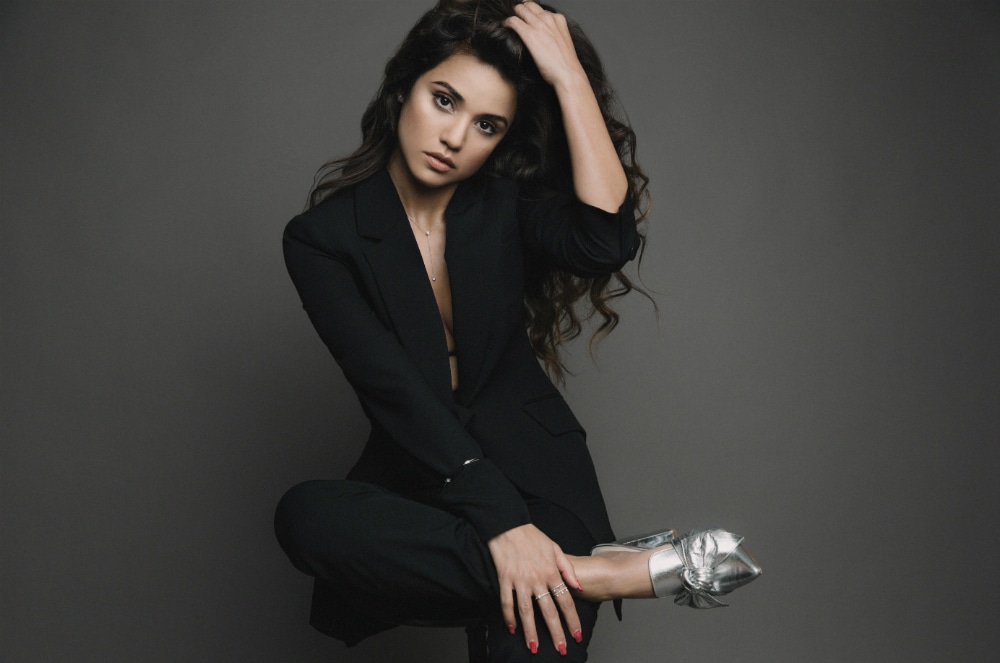 Summer Bishil is a a fan favorite and standout performer in the Syfy and Showcase series The Magicians. Of course anyone who saw her work in Alan Ball’s edgy film Towelhead (in which Bishil played the lead as a teenager herself but portrayed an even younger character), would know that Bishil possesses a strong presence.

She has brought so many layers to the character of Margo which could have easily been a one-note mean girl character, and in a bit of a twist, the series will explore new depths in Season 4, in which Margo becomes Janet (her name in the Lev Grossman book) without a knowledge of magic.

We spoke to the talented Bishil from the set of The Magicians, and the following is an edited and condensed version of our spirited conversation.

Brief Take: Your performance as Margo is evidence of how The Magicians is serious at times and funny at others.

Summer Bishil: I’ve been very lucky recently, just because there’s so much more opportunity. Also, I guess that I’ve lived with Margo for four years now and a lot has happened in that time. I’ve been fortunate that my character confronts and deals with a lot of important and interesting topics and it’s done through this veil of humour, magic and fantasy as the metaphor. The funniest scenes that I read, that can feel very campy or comical, could still surprise you on set and pack really hard, emotional truths. I did a scene that sort of reminded me that this is the show I’m on, and we can, at times, sort of fly off into Never Never Land, but there’s always this core that kind of grounds you back in.

The writing has an interesting tone in that sense, unlike anything I’ve ever had to explore. I feel like it’s preparing me so much for future roles and to understand the character’s language because I deal with strange circumstances on the show. On The Magicians, if you blink, you’ll miss the emotional truths. If you just play it as comedy, you will have lost so much and so much opportunity to explore interesting things you wouldn’t be exploring on every show out there.

BT: What is the biggest change from when you first got cast as Margo and now filming season 4?

SB: I mean, wow. The biggest change I would observe, just immediately, would be the amount I have to do now, compared to season 1. I have so much more to do, so I work more, which is great because I get to do what I love more, but I had no idea. If you had told me what my character would become in season 4 on season 1, I would not have believed you. I could not imagine in my wildest dreams where Margo’s storyline would end up! I am still surprised with every script that comes out.

BT: What have your scene partners brought to your experiences on the show?

SB: I mean, I’ve obviously worked a lot with Hale Appelman. I can’t say enough good things about him and his work ethic and what I’ve learned from him as a performer and also as a human being. He’s just a lovely human being, in addition to being the best scene partner you could ever ask for. I think that we initially had such natural chemistry, but we’ve thrown some interesting material together. We were sort of these partners that would make this material work together and it was our mission, and we sort of bonded over that. He’s been a really, really fulfilling partner to have in all of this. I can’t imagine having not had him as a scene partner throughout the last four years. 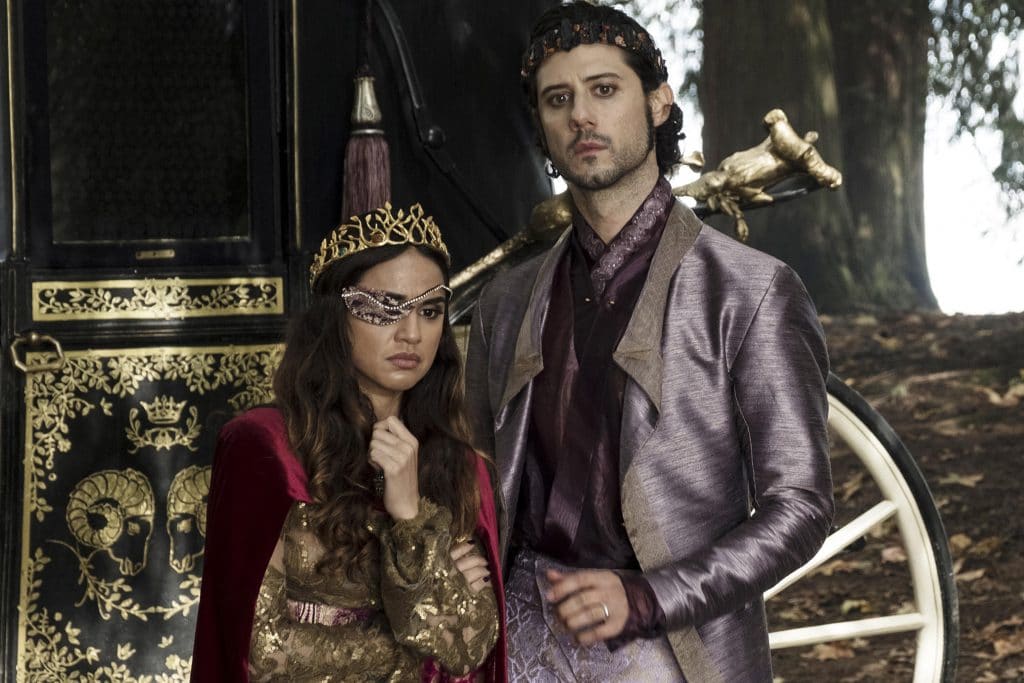 BT: The fun of season 4 is that you get to work with some new scene partners. Has that been like relearning the part?

SB: It kinda has, and then you have to find that balance that she still is who she is at her core but without knowledge of magic. So you want to stray away a little bit, but not too much, because one element of a life does not define a human, in my opinion, and that was my choice. But it has been interesting to work with people I hadn’t worked with before, and it has been really fulfilling. Everyone on our show is so great!

BT: Do you miss wearing the eye patch?

SB: It’s so funny because you would think I would be dying to rip it off, and there was definitely that element. I would be lying if I said that it wasn’t a physical challenge, but the amount that I grew as a performer, after not being able to see out of one eye for twelve hours a day shooting these scenes, I would never take back. It got me to a place I didn’t think I could arrive at, and because of that I grew attached to it and sort of emotionally connected to it, and to the idea of it. So at first it felt like a loss, when I had to put the eye patch on, when I first got it, and then it felt like a loss all over again when I got rid of it. It’s interesting how much a part of me it became. You know, I hated it, but I loved it. [laughs] 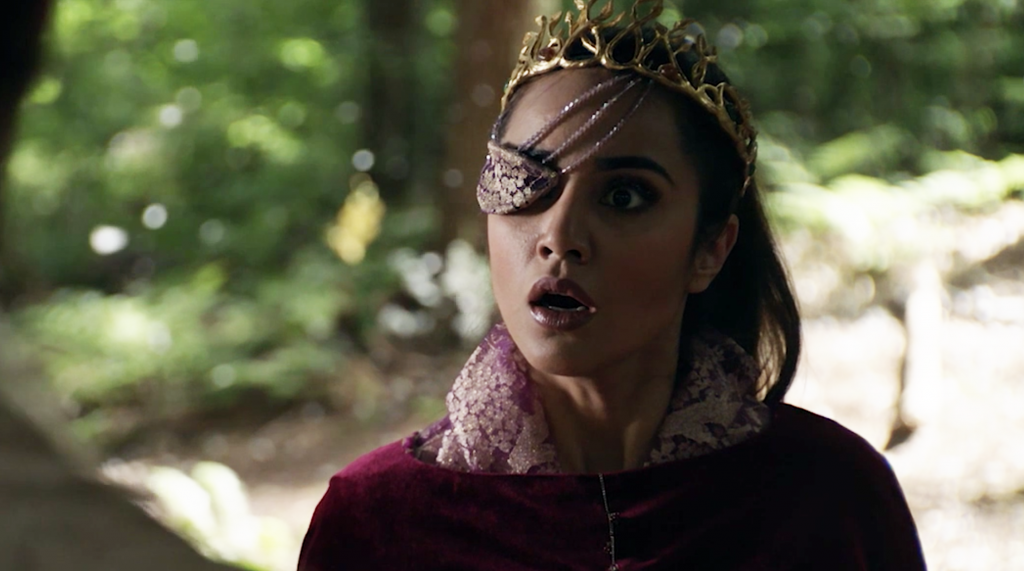 BT: How does filming in Vancouver inform the show?

SB: Just from a nature perspective, there’s so much of it here. There’s so many lush forests and waterfalls and enchanted-looking areas that we can really make it feel like this other very special place that few know about. Vancouver, unlike any city I’ve ever seen, has that in spades. You don’t have to work too hard to make some of the exteriors here look majestic and otherworldly. I think that it helps the aesthetic of the show and I think that it helps expand our scope and what we’re able to show. It definitely feels like you are in these beautiful foreign places, so it helps your performance. Then living here as a person for five months, it’s a great place to live!

BT: What does it mean to you to be able to step back a little bit from your character and learn from her during your hiatus?

SB: It’s huge when I do have down time, because I do play this larger-than-life character. It is kind of nice to just be at home in sweats and by myself and quiet, because I’m much more soft-spoken than Margo is. [laughs] I think that everyone is. My most valuable lesson that I’ve learned from Margo is confidence and owning it, and believing in your value and in your power and exercising it. I really struggled because I was so shy and I had so much social anxiety, with projecting what it was I wanted to project a lot of the time. And there was really no way to play Margo without possessing that strength. So I didn’t want to do a bad job, and I think that my desire to do a good job outweighed my anxieties and I sort of found this new confidence I never thought I’d have.

BT: What did it mean to be in Under The Silver Lake?

SB: It meant a huge deal to me because The Magicians was sort of my stepping back in and working again, and it’s been really great in this sheltered little bubble for me, but I’ve wanted to go back to independent film for a while now. It was nice to step back into that world. It felt good because that’s where I learned how to act and that’s where I fell in love with this industry. It really is just a different environment, and both are good. TV and film are both good, but you learn different things from both. The movie has an amazing cast and I’m a huge fan of the writer and director David Robert Mitchell from his film It Follows. And I couldn’t have been happier about it, and I had an amazing experience!

BT: Are you starting to anticipate where you would like to head next in your acting journey?

SB: Absolutely. I think I really want to doing more film again, I want to get another one in the can. I booked one that I was really excited about over the hiatus. Unfortunately the scheduling doesn’t work out, but I’m hoping to continue getting as many indie films going as I can. I want to get back into that world again.