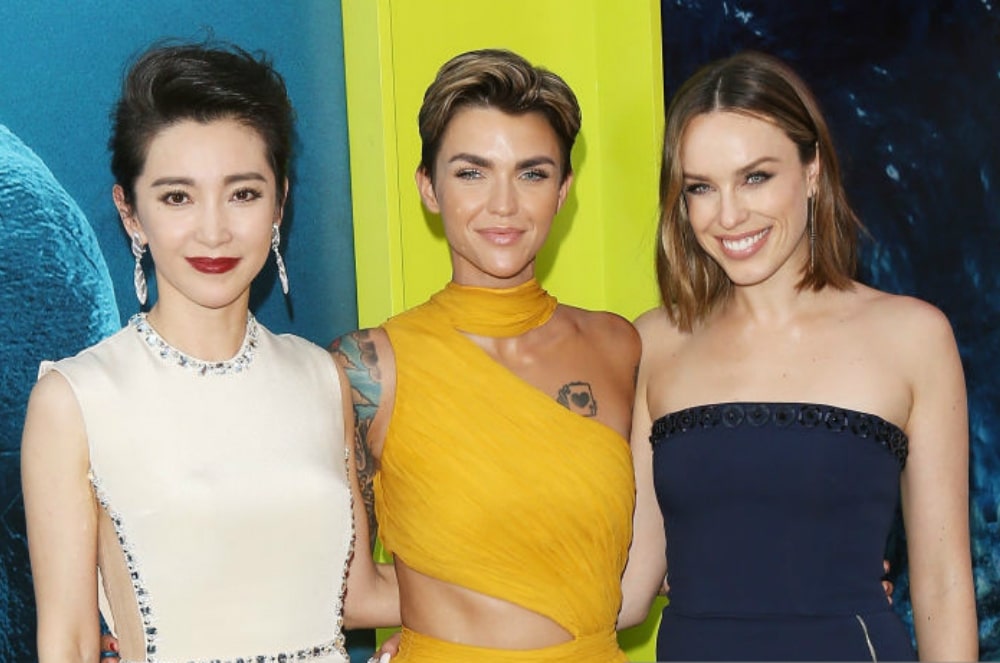 Speaking to Jessica McNamee about The Meg (but also about social activism and her dedication to fitness) was a very memorable experience.

Perhaps the best way to describe the winsome McNamee overall would be generous, with her answers, with her interviewer, with her cast and crew especially. The Sydney-born actress frequently bared her honest truths to us in our phone conversation and had some very kind words about the city of Toronto as well (she most recently visited for the TIFF premiere of her critically acclaimed film, Battle of the Sexes). She even recommended an upcoming show that filmed here (Greg Berlanti’s Titans, which stars her niece!).

The following is a condensed and edited version of our wonderful conversation with Jessica McNamee.

Brief Take: You premiered Battle of the Sexes here and I read that you feel very connected to Toronto.

Jessica McNamee: I have a soft spot for it! I went to my first Toronto International Film Festival in 2009 and it was for my first film that I was ever in. (The Loved Ones, directed by Sean Byrne and released a year later). We were put in really cheap accommodations and I remember walking up to the Four Seasons for an event and being like “I’d love to stay there one day”, and then, of course, I got The Vow a couple of years later, and that’s where they put me up. [laughs]

BT: You were phenomenal in Battle of the Sexes, even though you disagree with Margaret Court’s real life stance against same-sex marriage.

JM: You know, one of the number one rules about portraying a real-life character is that you can’t judge them, you can’t, otherwise you won’t do a convincing job. I had to go and find her moral standing and find her moral compass. It’s interesting because it helps to play it at a time when Margaret Court’s stance was common. Today it’s considered hugely offensive to be of that mindset, but back then, that was common, and there still are a lot of people that are older that still have those sort of beliefs. It was hard not to judge her and have to take that on, but I did my best and when I finished, I felt like I could judge her more. [laughs]

I was walking through the Grove yesterday and I was saying “isn’t it amazing that we just saw this beautiful, young gay couple walking towards us holding hands?!”. It’s beautiful that there are places like that now because it’s not everywhere in which that is really acceptable. And if they can freely live their lives like that, it’s wonderful. It’s so wild to think that in some places that still doesn’t exist, and with the generations before, in a similar environment that behaviour wouldn’t be socially acceptable.

BT: Let’s talk about The Meg. Before you filmed it, did you have a fear of sharks?

JM: For sure! I think that the older I get, the more scared I get of sharks. It’s not even necessarily sharks themselves, I mean, if I was underwater, I would sort of swim with sharks any day. But I’m afraid of what’s beneath the surface, when you can’t see it, like I’m scared more of the anticipation of something coming up. If I could see the shark, I think I would be less scared at the end of it.

BT: What was your diving training like during the production of the film?

JM: It was awesome! I was actually the first cast member out there, so I jumped in, literally jumped in the pool with the stunt people about three weeks before we started filming. It was really great! First we were doing squad training and then we had to do the high dive as well, we had to jump overboard, obviously, like you see in the movie. Funnily enough, I was the one who had the most amount of training and was definitely the most cocky, and then ended up spraining my ankle as I did that stunt. And I was so eager, but I ended up falling on my face. [laughs] We also got to do some deep water training and we were doing deep-sea diving and sitting at the bottom of a ten-metre pool and holding our breath for minutes at a time. It was really cool! 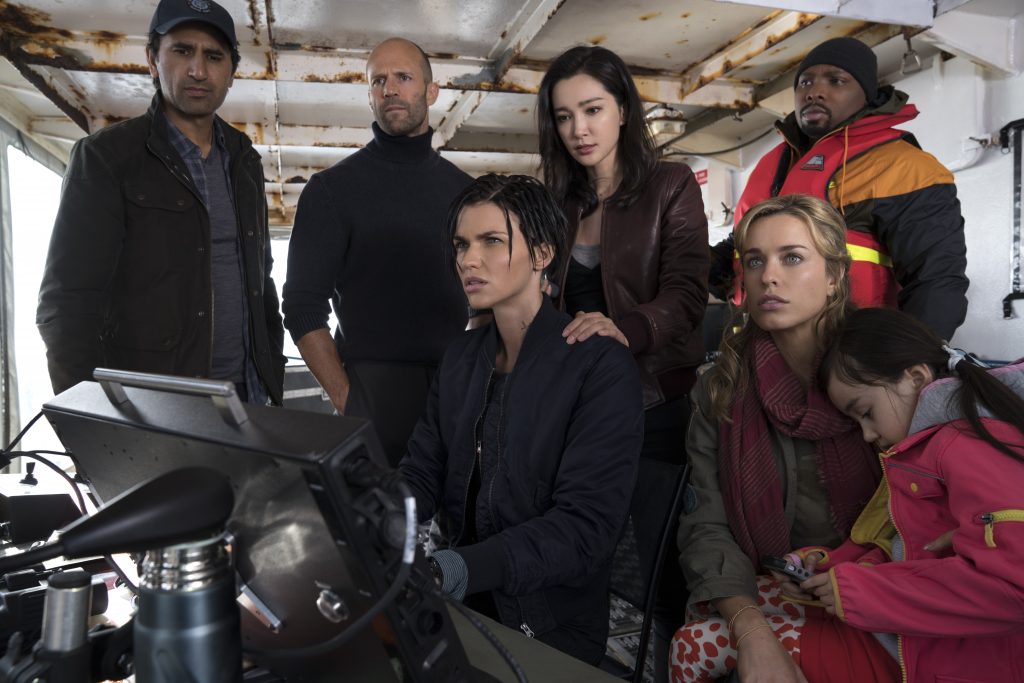 BT: Did you gel instantly with the cast?

JM: We did. We were there for a really long time, almost five months to film, where we were all out there. We were really lucky because we were all there for a long time, and so far away from all our loved ones, but we were so lucky that we all really did gel and it was just a really good experience. We had complete respect for one another, and on top of that, we just had a really good time. It’s such an international cast as well. We had Chinese actors and, funnily enough, there are three Australians (McNamee, Ruby Rose and Robert Taylor) in the film, which was completely coincidental, and we have New Zealand actors and English and American and (Ólafur) Darri (Ólafsson) is from Iceland. And none of us had really worked together before, so it could have gone the other way. [laughs] Now we all really know each other.

BT What is one memory that you will take with you from your experience making The Meg?

JM: Oh gosh, there’s lots! I think that we just had a lot of fun as a cast and with the crew. You know what, I really did get along well with the stunt guys and girls on set, and they really looked after us. Just the whole crew was really wonderful. That was one of the best films that I have worked on, in terms of the crew, and they don’t get nearly enough credit. We get to stand up there on screen and get all the praise and kudos, but a lot of the stuff you see in there is actually them (the stunt crew), and so I would say my time with them was particularly memorable.

BT: I think audiences are really going to love The Meg! I know mine did.

JM: I hope so! You make something and you always feel very optimistic, but the industry is very cutthroat and I don’t want to get ahead of myself with anything I do. [laughs] But genuinely I think it’s really fun. I actually just saw it! I was back in Australia shooting a movie, and the day that I left they organized a screening for me. It’s really fun but I was alone when I watched it. I’m looking forward to seeing it with an audience; it will be a very different experience. I can’t wait to see everyone and watch it with them! We are all going to be reunited before the premiere, which is going to be great. 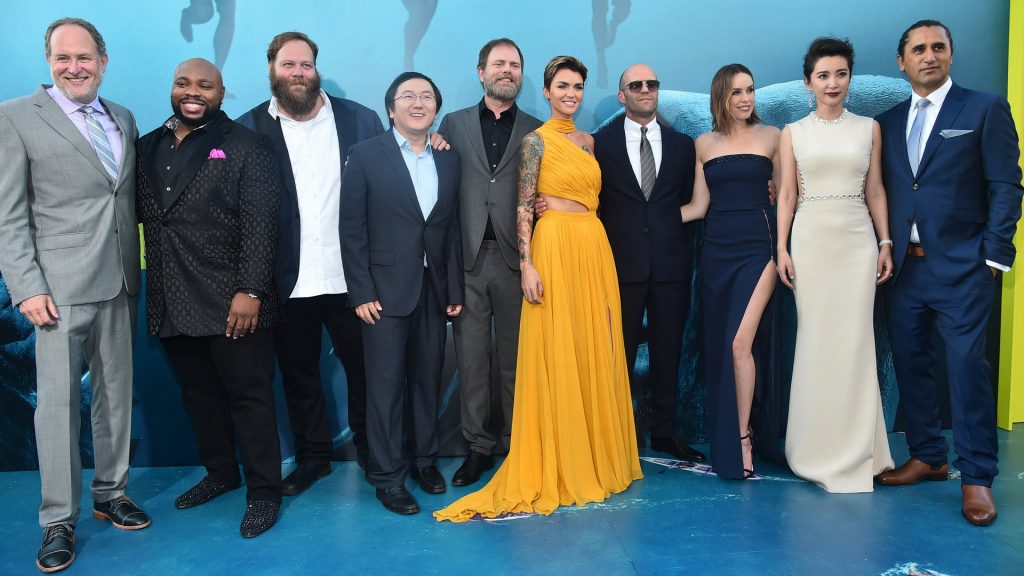 BT: I think this movie demands to be seen in a theatre, preferably IMAX or 3D.

JM: It really does. I really would urge people to see The Meg in a theatre because of the experience. I don’t know if personally I am going to be able to see it in 3D and IMAX, because I don’t know if I want to see my head that size. [laughs] I highly recommend the 3D and IMAX experience though. People don’t watch movies in theatres like they used to, but this is an awesome one to see in a cinema. I can testify to that.

The Meg is available on Blu-ray combo pack on November 13!