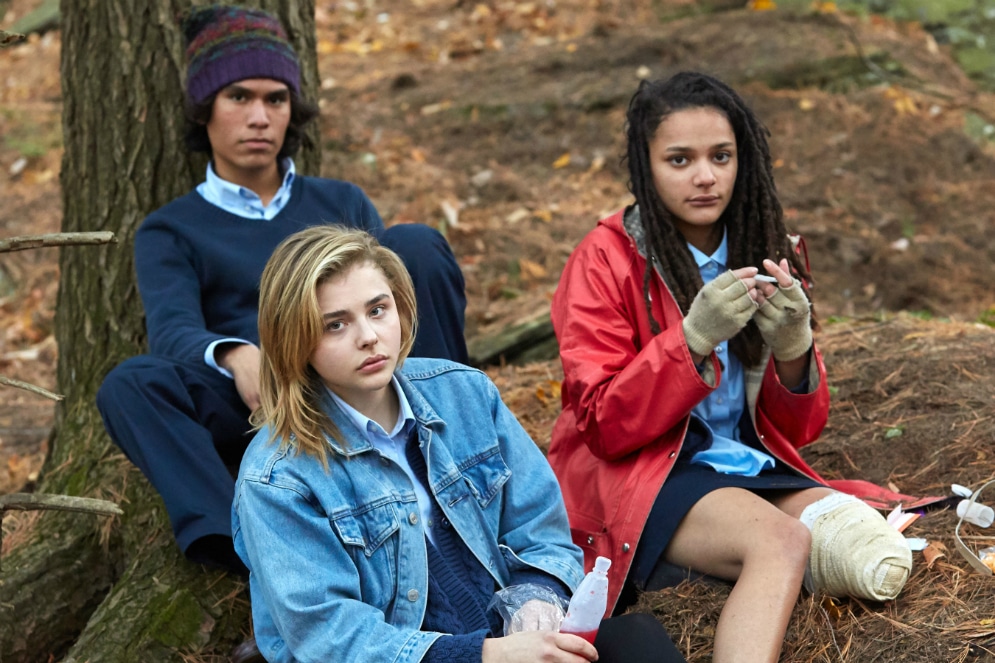 Native American actor Forrest Goodluck began his acting career five years ago and he’s already on the fast track to super stardom. His quietly powerful performances in the critically acclaimed films The Revenant and Indian Horse have led to his most memorable portrayal yet – that of a young Lakota man who’s treated abhorrently in a conversion therapy resort in Desiree Akhavan’s award-winning The Miseducation of Cameron Post.

Brief Take spoke to the eloquent and engaging Forrest Goodluck about the film, his co-stars Chloë Grace Moretz and Sasha Lane, and about his journey into directing. The following is a condensed and edited version of our phone conversation.

Brief Take: Congratulations on this beautiful film and on your beautifully heartbreaking performance in it! I saw it a few months ago at a film festival and the audience was so invested in the journey of the three central characters. What was your reaction when you first read the script and then when you saw the film at Sundance?

Forrest Goodluck: It was crazy! When I first got the email for this audition, I saw the descriptor ‘Lakota boy’ and I thought “ugh, okay, what is this going to be? you could have picked a more nuanced tribe”. But then I read more into it and it was this Lakota two-spirit boy in conversion therapy and it would be in a film alongside Chloë Moretz, directed by this Iranian female director who came fresh out of Sundance. So after I looked at that entire picture I saw that it would be a crazy, weird but also deep and profound and moving script. After I finished reading it I thought “this is my role! nobody else can have it”. [laughs] 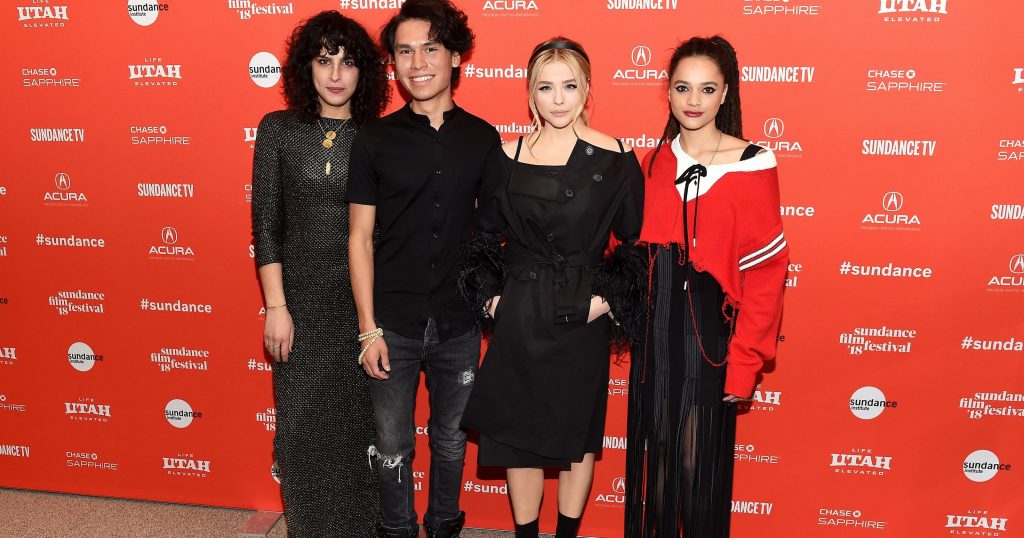 BT: Your performance in this film is so poetic and lyrical. You convey so much of your character’s inner dialogue through your body language and in your eyes. Did you have conversations with Desiree about how the film would be shot and about crafting your character?

FG: It was a delicate little dance we did on set and before, in pre-production. We didn’t have too much time to delve into it because I was doing all this research and reading a ton of books to try to find who Adam was. I actually met a Winkte male who shared with me his experience about growing up in the ’80s, which is not too far off from when Adam would have grown up. It was cool. As a Native person, delving into this aspect of Native culture that I was aware of but I wasn’t as versed in as I was after I started researching. He was a really beautiful character to delve into. It was both myself and Desiree finding him but also connecting with the other cast – Sasha and Chloë – and creating really authentic friendships that helped me develop this character.

BT: The whole film feels so authentic, even the conversion therapy camp setting. I read that you filmed at a camp-like resort in Saugerties, New York. What was that experience like?

FG: It was pretty crazy! [laughs] We stayed in the cabins in the camp! Halfway through the shoot they told us, “you have to move out now because we have to shoot in your two twin bed room.” It was pretty funny. I mean it was a really low key movie so we were all in it together to create this realistic environment. I think it really paid off because you get a really intimate look at everything in the film.

BT: In another interview, Sasha said that the scene in the kitchen where you’re all singing 4 Non Blondes was the scene where you were all mostly being yourselves and letting loose. What was that day on set like?

FG: I think we were all so anxiety ridden from the election that we all just needed to let it all out, and we definitely did. [laughs] It was a crazy time but the best way to fight those feelings is to make art, I think.

BT: What did you like best about working with Chloë and Sasha?

FG: Everything was so real with them. They’re such unique and special people and they both bring their particular brand of craziness to set. I mean they’re both such beautiful people, inside and out. It was such a crazy dynamic because me and Sasha in some ways came to it from a similar boat in that we both started off on these crazy huge and insane projects – her on American Honey and me on The Revenant – and we’re both finding out a lot of things about art and speaking truth to things. For Chloë, she started out acting when she was 4 or 5, and she’s this acting machine at this point. It was crazy to watch her work because she’s my age but her craft is at a really high level right now. I think she gave an incredible performance.

BT: You’ve worked with a lot of very talented and artistic directors in your career so far – Desiree Akhavan, Jeff Barnaby, Iñárritu, among others. What have you learned from them?

JG: I learned from all their mistakes, I think. Everything they do wrong is what I pay attention to. Every director is so different and you see someone who’s tired or who took thirty minutes too long to make a decision. I think film is so much of a chess game that when you see how different people play their game, you decide how you’d play the game. You think “would I shoot this scene this way or would I do it any differently?”. It’s pretty incredible to be able to work with some of the smartest people in film and see their flaws. Their flaws make it okay for you to have flaws. 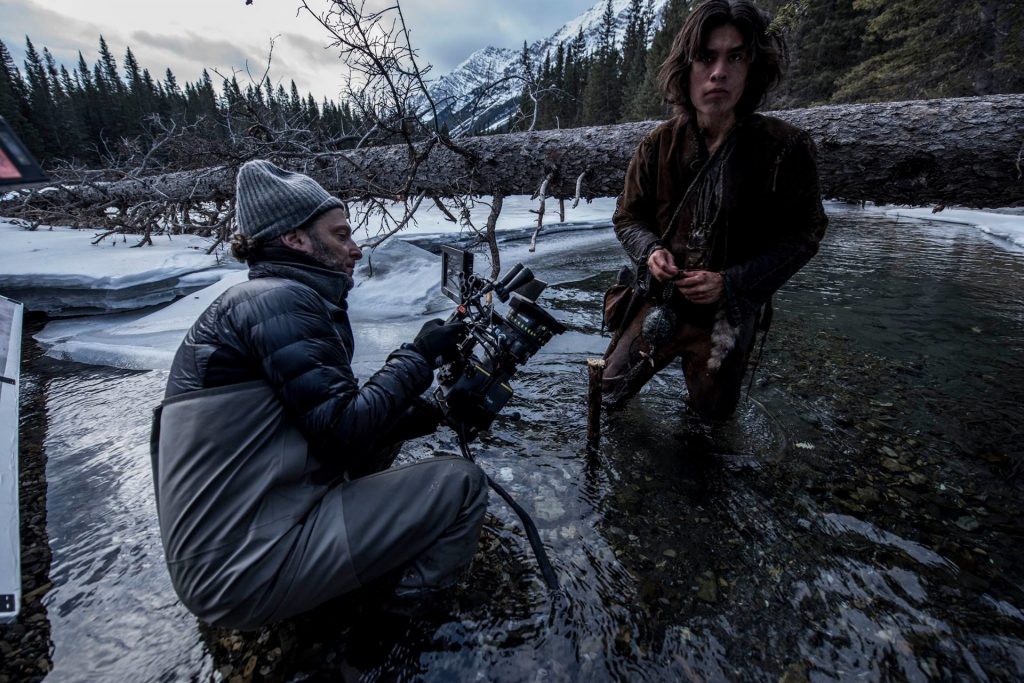 BT: You have a passion for directing as well. Tell me about the short film you’ve recently completed.

FG: I’m getting ready to submit the short to festivals soon, so hopefully it’ll be accepted and we’ll see where it ends up. It’s a film that we shot on Super 8 and it’s a crazy film. It’s about a Native American veteran going about a really low day of his, and in the end he’s trying to grasp onto the hope of his culture and the goodness of the younger people that he sees. My friend, Kiowa Gordon, plays the lead in it, and he was co-starring with me in Blood Quantum, which is the Jeff Barnaby film that you mentioned earlier. It’s exciting because I think it’s a beautiful film, but then I’m biased. [laughs]