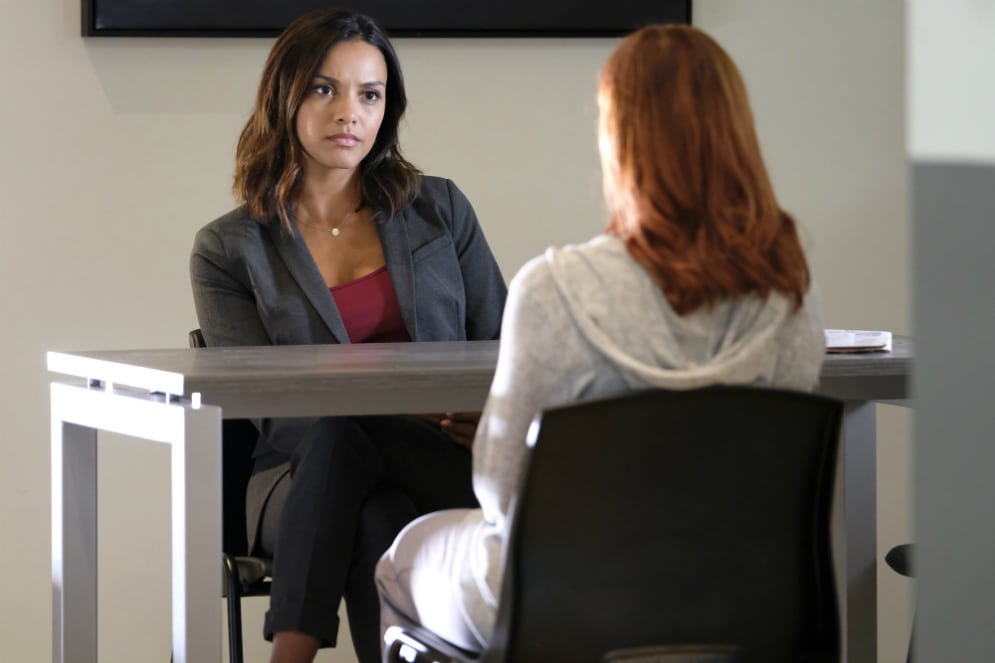 Last week we were thrilled to sit down with the star and executive producer of the series The Murders, Jessica Lucas, who portrays the role of Kate Jameson. It’s an elevated detective series as it involves Jameson being found negligent in the killing of another officer and then proceeds to show how she deals with it.

The following is a condensed and edited version of our intimate sit down interview with the intriguing Jessica Lucas.

Brief Take: Your career arc seems to lead well into this project and we’re excited.

Jessica Lucas: Me too! This is by far one of the most challenging projects which I’ve ever been a part of, in that in front of the camera, I had a lot of responsibility. There’s a lot of long days, a lot of memorization. Then I had the executive producer element as well. But it was nice, as I felt really empowered to speak up if something wasn’t working and everyone was always really receptive, and that empowered me to speak up even more. So overall it was just an amazing experience. 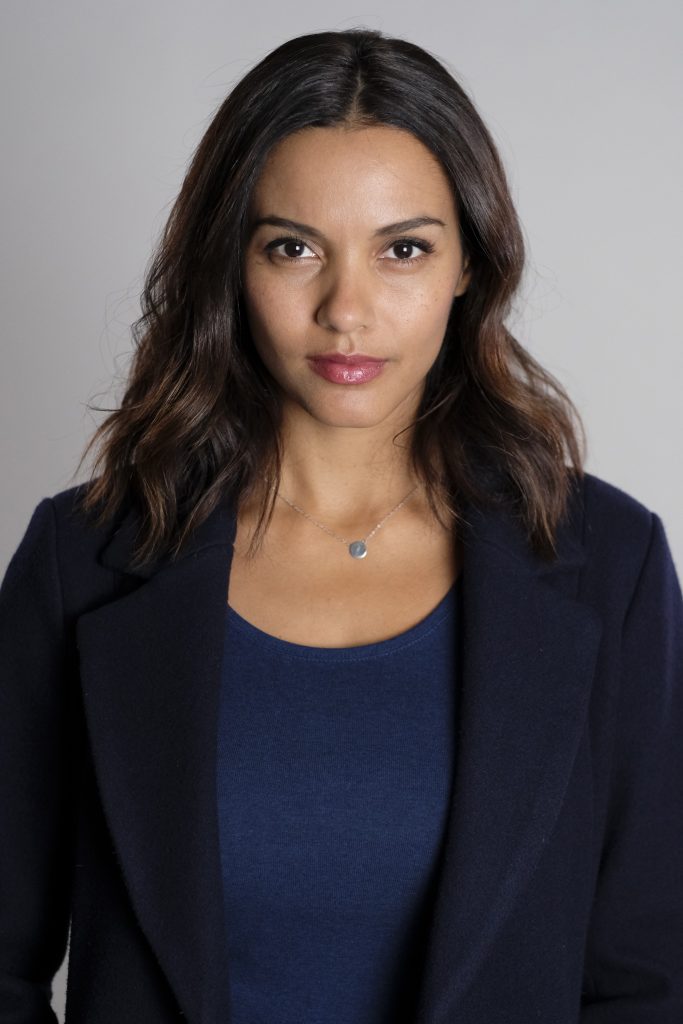 JL: I know, I know. That wasn’t really intentional, but honestly my temperament is not built for social media anyway. I  really like to live in the moment. And I find that I often just forget to post, like I forget to take a photo [laughs] of whatever it is that I’m doing which people would be interested in. I’ll still have it to talk about work stuff and I want to keep everyone up to date. But I’m going to step away from sharing the personal side of things for a little bit. Honestly, my experience with the fans of Gotham was really positive and mostly everyone was really wonderful, but you never really know when you have these giant fanbases and a show that has been around as long in the canon of Gotham as long as it has, sometimes people are very vocal about what you’re doing, but I actually found them to be quite receptive. My favourite actors still are the ones that are the most mysterious. I mean can you believe actors as all these different roles if you know everything about them? It’s a bit harder I think.

Canada 🇨🇦! Catch the Series Premiere of The Murders this Monday March 25th at 9PM on CityTv. This marked my first time being an Executive Producer on a project and it was such an amazing experience. Can’t wait for you all to see 🙂

BT: Where do your recent roles fit in with your own arc?

JL: Tabitha on Gotham was probably the furthest thing from myself in that she was so violent and sadistic and stoic and barely spoke, and that was tapping into something dark in me that I can’t really relate to whatsoever. [laughs] I think that there’s something about Kate that’s a lot more human and relatable. I always try to find a way to not judge the character that I am playing and try to fully understand why they are doing what they’re doing.

BT: You seem to play off of the characters quite well.

JL: I absolutely loved everybody in the cast. Dylan (Bruce) and I did some chemistry reads before, so I knew that that was already there, and before we started filming I did some chemistry reads with my mother, played by Venus Terzo, she’s awesome. But I’m really excited because the whole cast is Canadian and people that I think will be recognizable to Canadian audiences. Perhaps we’re used to being the secondary characters in American shows, but it’s all about us this time.

BT: Your expressive face communicates so much on this series.

JL: That’s so nice! Can you just stay and keep flattering me? [laughs] I can listen to this all day. 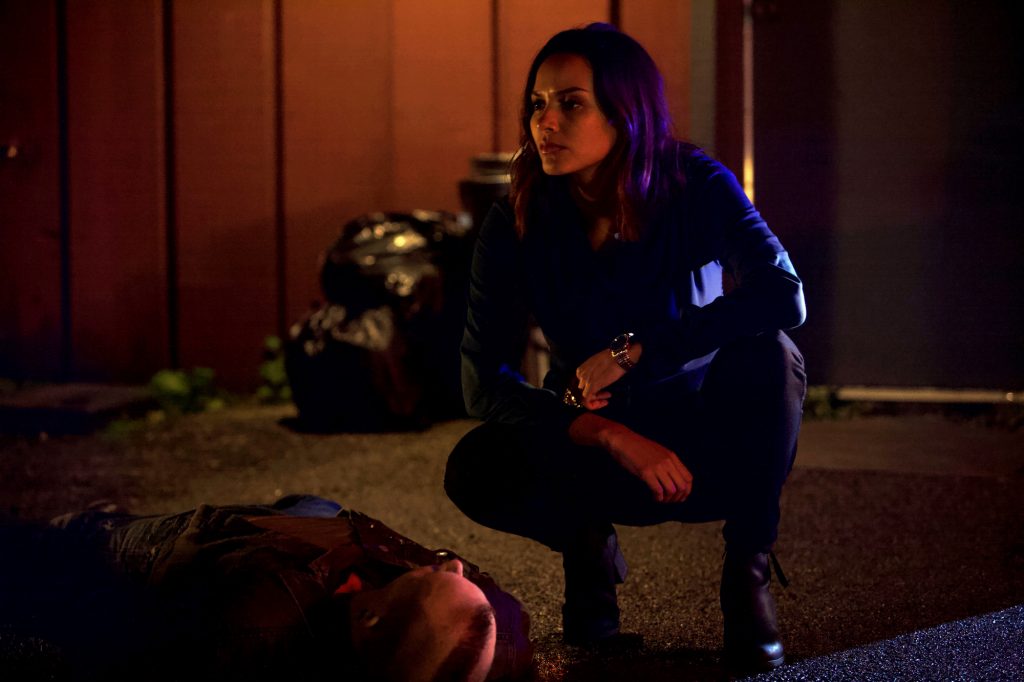 BT: Perhaps the idea of alter ego has a role in it?

JL: I had a lot of practice on Gotham, like I said I played a character that didn’t speak very often, quite honestly she wouldn’t know how and she wouldn’t want to express her emotions, so I got to play around a lot with that as well and I think that I got quite good at that—expressing myself with a look.

BT: That blame is placed on you is an interesting metaphor.

JL: Well I think she’s really hard on herself about the whole thing. She really beats herself up over what happens and then she starts speaking to a therapist. I won’t give too much away about those conversations, but she gets to dive deep into why she feels that way and maybe has someone who she can talk to about these things which she is struggling with. 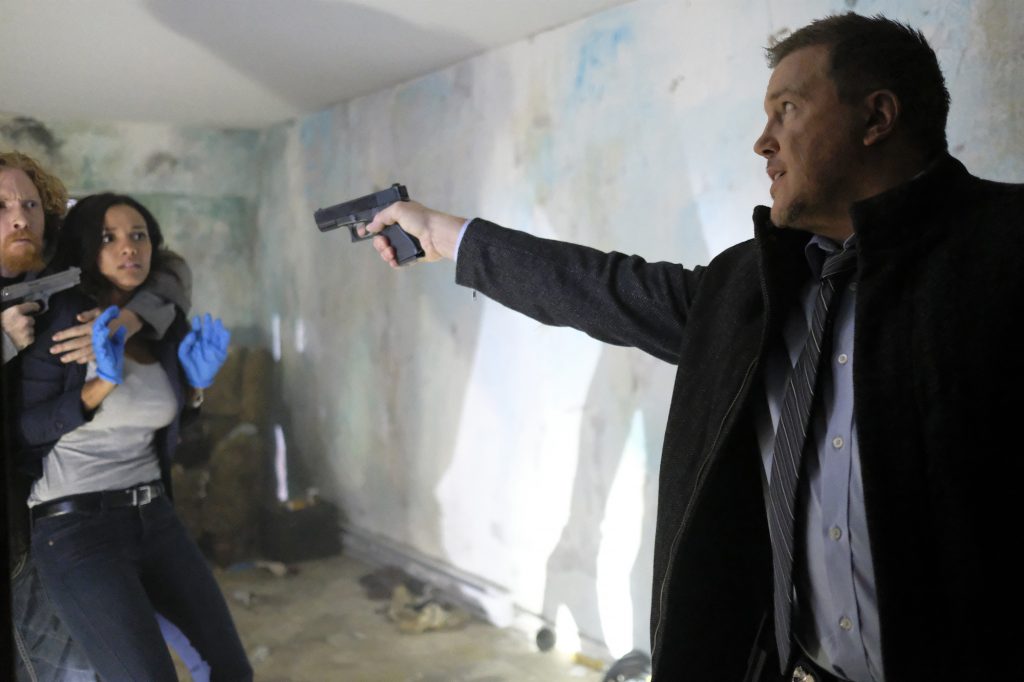 BT: Tell me about a particularly memorable experience that you had with your co-stars.

JL: I feel like the time that I was most intimidated and learned the most from my scene partners was when I did a TV series called Gracepoint, that was a remake of Broadchurch, and the cast was phenomenal. It was Anna Gunn, Nick Nolte, Michael Peña, Jacki Weaver, David Tennant, all of these actors that I admired before. To get to work with them every day on set, I remember being so terrified, but also soaking up as much as I possibly could because they’re at the top of their game and they’re some of the most talented people in the business. It was kind of unfortunate it came out at a time when streaming was kind of blowing up and people were discovering the original on Netflix, so it didn’t seem like there was a point to remake it as it was the same show but the American version of it, so you could watch the British version of it. But had it been a different time, I think it would have made more sense to continue with it.

JL: I want to keep producing for sure. I’m not sure what that looks like yet, I think it’s easy to attach that to acting, but it would be nice to have a production company for projects in which I didn’t star or act, and I think there’s so much room to do that now. You see so many actors now going down that path, but I really love being part of the development stage. I read a lot as well, so it’s really about finding something that’s interesting enough and finding time to start my own production company, whenever I have time. [laughs]

The Murders premieres tonight at 9/8c on Citytv