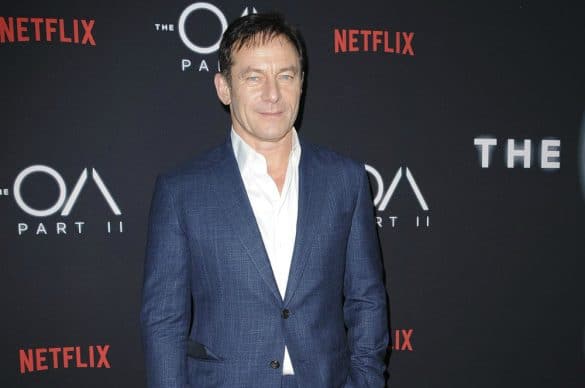 I had yet to personally experience the wonder that is Jason Isaacs, so when I was lucky enough to get to speak to him for part II of Netflix’s The OA, I discovered that he was even more delightful than I could have dreamed. Even though I refrained from asking about spoilers, he was able to speak at length about the series and, to be honest, I am tempted to watch it all over again now, that is how insightful the brilliant actor was about The OA.

Without further ado, the following is a condensed and edited version of our chat with the fascinating Jason Isaacs.

Brief Take: You seem like you’re perfect for the role of Hap.

Jason Isaacs: That’s very kind of you, but I wasn’t actually cast in this role. They cast somebody else and chopped him and I replaced him, so I feel incredibly lucky that it didn’t work out for the poor guy. But it’s one of the most interesting, complicated, and layered parts that I’ve ever played so I couldn’t be happier with the way the fates played out.

BT: The OA is such an immersive experience, does it feel like that for you as well?

JI: One of the many things that makes a difference is that they had written many of the episodes of the first season on spec without showing it to anybody, so it doesn’t bear the grubby fingerprints of any development because nobody has been trying to force it through into a genre box—it’s entirely its own creature. And they come from the world of indie film, so they raise ideas that are fearlessly fresh and inventive, so even to the extent that not all episodes have to be the same length. They don’t make network television, they don’t have an internal one hour clock. So if you remember in the first episode of the first season: credits come in after 48 minutes and there’s one episode that’s 20 minutes long. So you can’t rely on that as a viewer, that sense we all have of when an hour is coming up or the story is drawing to a close. 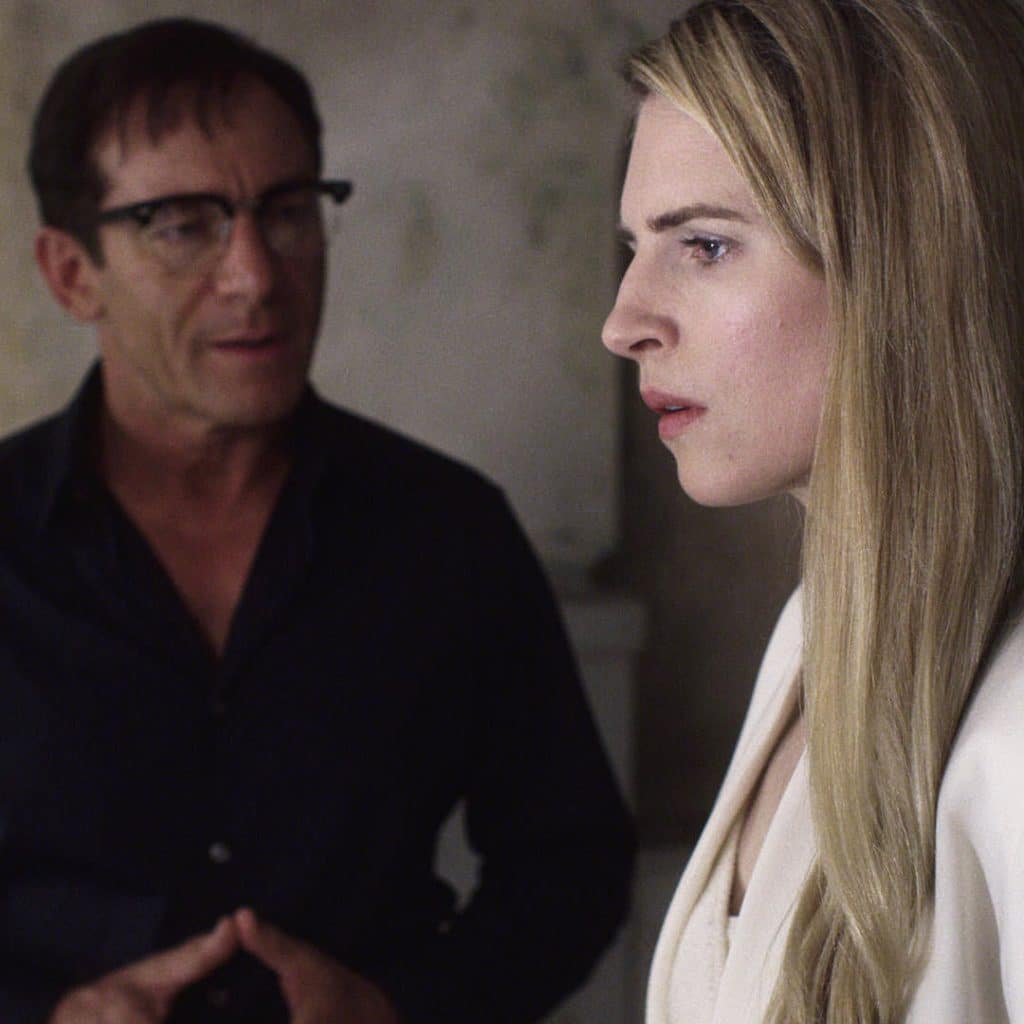 BT: What’s it like being in this world filming vs. what we see on screen as a finished product?

JI: Well I watched it as an outsider and as a viewer because they sent me a link the night before I actually finished the first season. I thought that I would take a glance at it to give myself a flavour because I thought that I remembered filming it. It was like I’d never seen it before. First of all, because I wasn’t present in all the scenes with Brit and the lot of the boys of The OA, and consciously, when I filmed it this year I barely glanced at the scenes that I am not in because I wanted to enjoy it. While we’re making it, it’s like any other acting job, I’m intent on the things that happen on a set. But they’ve given me this incredibly layered and human complex man, who thinks he’s one thing, we know when we’re watching that he’s not responding rationally. So he thinks that he’s got a plan and he thinks that he’s driven entirely by scientific curiosity, and we know that quite a lot of his decisions are based on jealousy or ego or hurt. As an actor, all that you are desperate for is secrets and layers to play, and they just give me loads of it. So I’m on set and tortured but they are uniquely collaborative—I’ve never met people like this. I remember arriving for the first scene, I got off the plane basically and went straight to Grand Central Station to shoot my first scene with Brit—who I met as Blind Prairie. And I asked a question and Zal’s answer was “Well, why don’t you tell us. You know the character better than we do” and I had only been there five minutes. And that’s an approach they have with everybody—it’s as immersive to make as to watch.

BT: What do you think of the theory of Hap as a creator or as an architect?

JI: First of all, there are many theories out there, so I know which ones are out there that are correct. So I don’t want to negate or validate anybody with their own ideas of what’s going on, because we’ll all see and hopefully trace and decide how it all comes together. But from my point of view, Hap is a man who the first season happened…no, I don’t want to say that Hap happened…but has been driven by this obsessive desire to uncover and share this extraordinary discovery and this science which will change everything for all mankind in perpetuity. And in order to do that, he knows he’s got to do some deeply unpleasant things to people, as opposed to someone who can be traditionally described as a villain, he recognizes the cost of that – morally and ethically – but he also sees the size of the goal, the size of the prize, he calculates if it’s worth it. So he’s kind of cauterized that part of himself—he’s not a sadist, he’s not cruel, he’s not mad—he’s absolutely rational, he’s onto something. But it’s a privilege of the writing that into that mix they throw this woman who kind of pulls the rug out from under my certainties. And then you get this situation in which I think that I’m on a particular path to refine this technology and understand how it works—but actually, I’m in love with one of my subjects, and I’m hoping that she will see beyond the fact that I’m doing these awful things to her and her friends, and appreciate me and possibly love me back and want to share it with me. So that situation is so rife with denial and humanity and it makes it much more enjoyable to play and watch. But I don’t think that he’s an architect, he’s responding to things, he’s on a mission to share this, to understand it first and share it with the world, but his own human and multiple petty instincts almost scuttle him along the way. 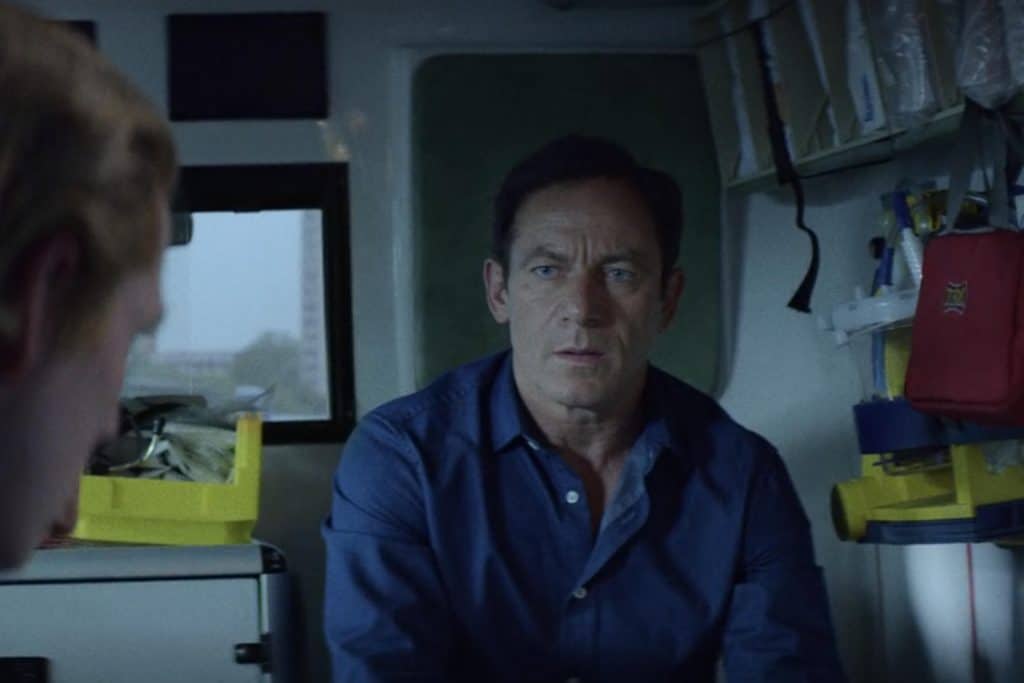 BT: How did you feel about the break between Part 1 and Part 2 and did your time away bring new perspective?

JI: Like the audience, I couldn’t wait for it to start again. I was deeply frustrated by how long it took to do and I am hoping to God that they manage to be as brilliantly inventive in a much shorter period of time. I mean I watched it the other day and I watched as soon as it was posted! I’d like to now watch season 3 as a viewer, but they have to write it and we have to make it first. So I did a bunch of other jobs and films and TV shows and stuff in between, but in the back of my head I couldn’t wait to get back to this completely untraditional thing. In the last few years I’ve been lucky enough to make stuff I’ve really enjoyed—Star Trek, The Death of Stalin and Hotel Mumbai, which is also out now. And that’s a surreal experience to be promoting a fantasy, sort of spiritual mystery at the same time as a realistic, naturalistic drama about a terrorist attack. But far more of the stories are in a traditionalist vein, and I couldn’t wait to get back to the creative freedom and inspiration that Zal and Brit represent because there’s nothing like this and there is nothing like their stories. 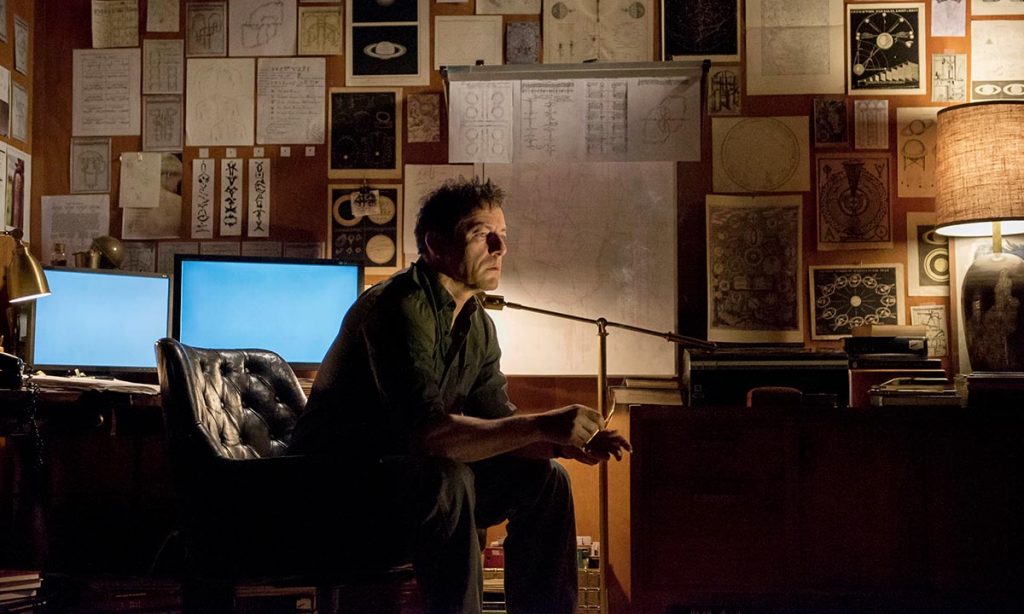 BT: The OA is the perfect vehicle for Netflix.

JI: You know, I was in Star Trek: Discovery, which also showed on Netflix in most of the world – it showed on Space in Canada and CBS All Access in America, but the rest of the world was Netflix. And it has that Dickensian weekly serial element, where it starts to build in anticipation, we start to talk about it online, and God knows The OA has spurred a million thoughts online, it’s also true that it’s made and watched mostly as an eight-hour movie. So it gives you the chance to go into enormous depth; we really immerse the viewer in a world that I think if you went away from and you came back to…when you watch it in one go, very rarely are you encased in such creative hands as those of Zal’s and Brit’s—just release yourself into the world and nothing seems strange: psychic octopuses, talking trees, ancient flashbacks to Earth, nothing seems strange. I think that if you walked away from it and came back every time, you would have to recalibrate yourself to the full extent of the imagination, and so Netflix is the perfect conduit for you to go on an eight-hour mind trip. And it shows, they’re very cagey about the statistics, Netflix, about the numbers of people watching—but I do know that people who watch The OA, an enormous number of people watch it, watch it straight through and are unable to switch it off.

It’s been very heartening, as we make this thing behind closed doors, and it seems like a rather unusual idiosyncratic thing. It’s fabulous to see that so many people around the world watch it from start to finish and are in love with it.

The OA Parts I and II are currently streaming on Netflix