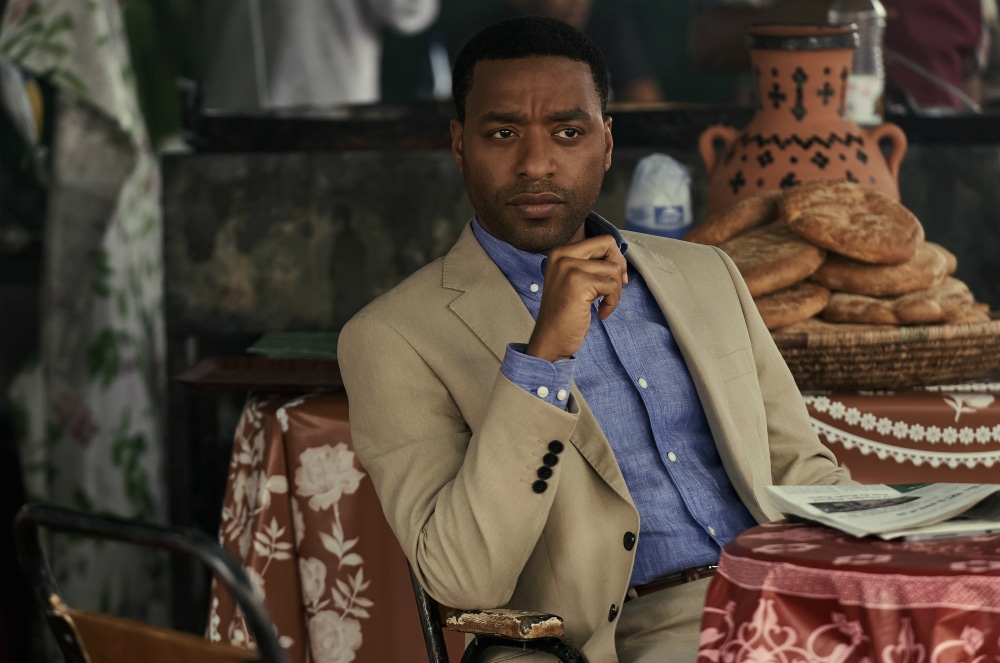 The Old Guard is a fascinating superhero film, but one that is perhaps a little bit difficult to classify. Starring Charlize Theron, KiKi Layne, and Chiwetel Ejiofor as Copley, in the type of role in which we have not seen him before. Of course, we had an inkling that with the talented Gina Prince-Bythewood at the helm, that this may have been the key reason why the legendary Ejiofor signed on for the kickass female-led film.

Brief Take was the exclusive Canadian outlet to speak with this legendary performer over Zoom on a recent afternoon and we asked the actor about all aspects of the unique Netflix and Skydance Media film. Be prepared for a fantastic chat with the charming and extremely socially conscious Chiwetel Ejiofor of The Old Guard.

Brief Take: I enjoyed The Old Guard immensely as I did your performance as Copley. What attracts you to projects such as this one?

Chiwetel Ejiofor: I was excited by it because of Gina, (director) Gina Prince-Bythwood. I think she’s a terrific filmmaker and I really love her films. They feature great female leading characters and a different take on this kind of genre piece in a way. I was excited as well by this character, for whom I felt a lot of empathy. I was interested in how somebody that is operating within all of this moral and ethical complexity could still hold a lot of empathetic weight. I was intrigued at following that arc and seeing how that played out and I thought that all of these characters—this world is very fun, but it also has this really interesting kind of existential angst to these characters. They don’t sort of revel in or celebrate their superhuman capacity, in fact it’s a burden—it’s much more complex. And I thought that was rich as an exploration with the hope of exploring these characters over a sort of time.

BT: We can see why Copley makes the decision that he does and we feel the sense of empathy. But by doing so, he risks being unfaithful to his team. Do you think he makes the right decision? What would you have done?

CE: I think that it’s always that his circumstances are so complex. I think that what I was trying to go for in a way is that once you understand the totality of someone’s circumstances—to understand them, then their decisions make sense within their own point of view and you can associate empathy outside of essentially what you would do. But the greater that you understand what compels him to do what he does in a way is valid, even as he himself evolves and perhaps comes to different conclusions in the arc of his character. All of these things feel to me as though they are earned and the hope is anyway that you get them as they evolve. That I think was intriguing for me, to play that as an actor.

BT: What do you think of Gina Prince-Bythwood’s feeling for the aesthetic and the look of her films, especially this one?

CE: I think that she has a great amount of empathy and understanding of the character and this wonderful intellect, but she’s also very calm that she’s not sort of grabbing for the moment. She allows it to happen. She allows the audience to experience it. And I think it’s a very definite point of view. There’s a certain sort of—there’s a relaxed quality, there’s a relaxed kind of engaged quality. It’s that quality I think that great filmmakers have. There is a sort of watchful eye and a powerful voice. You don’t necessarily have to jump at every moment, or even every film, frankly. You allow the audience to be engaged with what you are doing, with what you are attempting to do and what you are attempting to unfold. And it doesn’t need a certain ostentation. I really appreciate and I absolutely value that way of looking at telling stories. 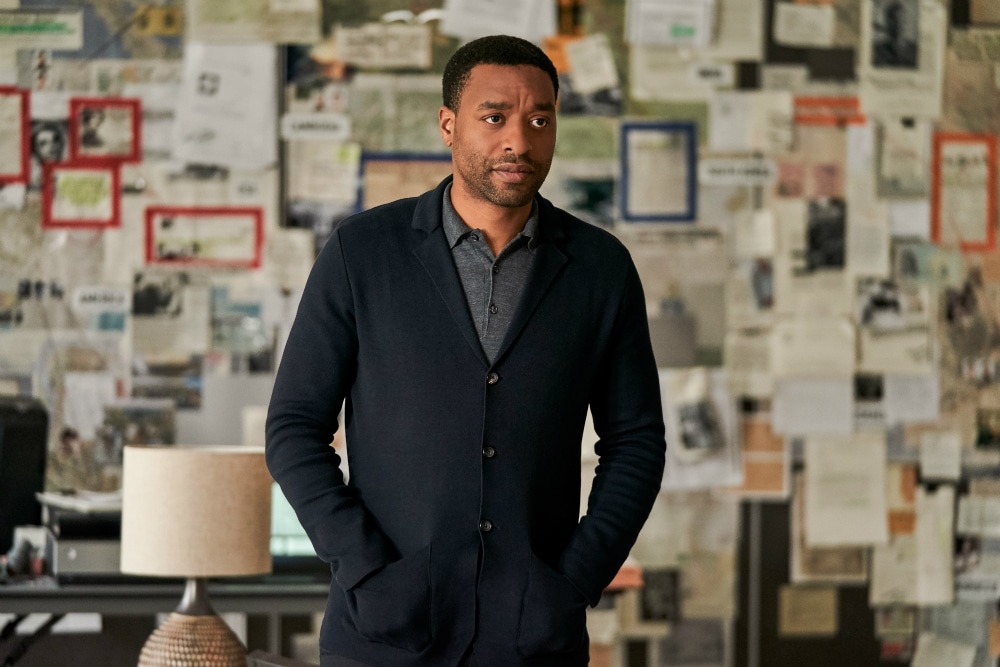 BT: In what sort of genre do you place this movie?

CE: I suppose that I see it as an action film, sort of predominantly. But with like I was saying, there is a little bit of existential, philosophical angst. But there is a sort of thinking undercurrent to the story, which I think is very exciting. It is kind of creating its own genre.

BT: The action is almost quiet in a sense. it’s powerful, but not overly loud. Do you agree?

CE: Yes, it is a great way to explore action. It’s action through narrative. I think that it’s something that Charlize (Theron) does incredibly well. It’s not very easy to do and it’s something that I’ve been considering [laughs] and it’s something that I’ve tried. It’s very complicated to actually progress story and to progress character through the action sequences and Charlize does that in this film. She’s done it in a number of films. I wish that she’d teach classes on it [laughs] because it’s not easy to get. When you can actually tell more about a character by the way and manner that they are fighting a particular opponent at a particular time and the nature of that choreography then you might even do in a ten minute dialogue sequence. But she definitely carries narrative, character and story narrative through action. You’re never stopping everything and then having a fight sequence. Both things are happening at the same time, which I think is really incredible and only because I’ve seen her do it in a few different films. It’s obviously the way that she approaches physicality—like a great dancer—that you can really understand character through movement.

BT: What did you enjoy most about working with this team?

CE: Yeah, it’s a fantastic ensemble and a very international group of actors. There were actors, Luca (Marinelli), Marwan (Kenzari), Matthias (Schoenaerts), that are people that I admire, but I’ve never been in a circumstance in which we’ve been brought together. That’s one of the great things about this film and about this film having international identity and also a very inclusive kind of identity. For me, it made the experience very rich to be able to work with all of these different actors in these different styles and ways of working. And then, again, to have a very nuanced way of telling a story that is an action story but centred around two female characters, in which their femininity is utilized mainly to tell the story from a different point of view. And that I think is great. We’ve all seen the sort of hyper-masculine alpha male films and not exactly entirely within this context. But we can imagine something like that. What is so rich is that we get to see films from a slightly different point of view—a different way of approaching physicality—a different way of approaching emotional relationships and interpersonal connections that aren’t about being the strong, silent type and sometimes with elements of this as well. And I think that’s a great way of exploring these characters from a different side.

BT: How forward-thinking does this film feel to you?

CE: Yeah, I hope that this film is an example of a certain style of filmmaking, a style of filmmaking that takes inclusivity seriously. Films are for everybody and everybody should be able to relate to characters in the film and feel engaged and feel seen. That’s where storytelling should go. It seems sort of wild that to have this element still seems like a kind of radical proposition, but I feel like the industry’s survival is based upon it and is based upon making sure that people feel that they can come to the party, that they’re invited to it in a very kind of real way, and that’s what I loved about this film and that’s in front of the camera, behind the camera, and every sort of aspect of the film. Absolutely no one is excluded from it and I appreciate that.

BT: You signed the open letter for Black and Brown inclusivity in the UK screen industry. Why was it important to you to do so?

CE: We live in a society that is unjust and has rampant inequality and there is a lot of specifically anti-Black inequality that has happened. Of course that has now been part of the Western World for hundreds of years and it is the sort of thing that we attempt to— everybody attempts to—people attempt to—address and to come up with solutions. I think that the result needs to be redoubled and I think that people are excited about seeing whether there is a way forward that is inclusive, that has less of the sort of structured systemic racism and inequality that we see, sadly we see it in the business—in the film business—in the television business—in the United Kingdom—you see it as well in the United States. We see it in a lot of other places too. I think that this is an attempt with which we all need to engage, to try to see if there are any solutions to that. I think that there are. I think that there are a number of people of all races that are committed to making that a reality, that want to engage with that conversation and engage with that structure and systemic change. And I am excited to work with people who are doing that.

The Old Guard is now streaming on Netflix