We will definitely boldly go and follow the incredibly talented Jessica Szohr anywhere that she is going. If you know us you know that we’re huge fans of Szohr’s work on Gossip Girl (Vanessa was secretly one of our favourites), and now thanks to Szohr’s introduction this season as Lt. Talla Keyali of The Orville, we’ve become seriously hooked on the Seth MacFarlane series as well.

The following is a condensed and edited version of our fun interview with the bubbly Jessica Szohr.

Brief Take: You seem to gel so well with everyone in the cast. When you came on the show this season, it felt like you had been there the whole time.

Jessica Szohr: Thank you, that’s super nice to hear. It’s really fun working with everyone. Everyone brings their own little thing to the set, so it’s always fun. It’s funny, you get out of hair and makeup and you’re like “we’ve just been working together for 17 hours and I completely forgot this is what you look like!”. With Peter (Macon), I had not seen him outside of Bortus for the first two and a half months! Our trailers are right next to each other, so one day I’m leaving work and I went to say ‘bye’ and kind of introduce myself, and he said “It’s Peter, I’m Bortus”, and I was like “Wait, what? What do you mean?”, I thought he was messing with me.

But we’re addressing these current issues and political issues in this space world, out of this world. It’s fun, we get to touch on these things and hopefully make some people’s eyes open up a little bit to some of the things that need change or need light shined on it. I think it’s really cool to be part of a show like that. And it’s also a really fun and funny show! There’s a lot there that a lot of people can relate to and it’s just so layered. It’s been a really incredible journey so far for me to be a part of it. 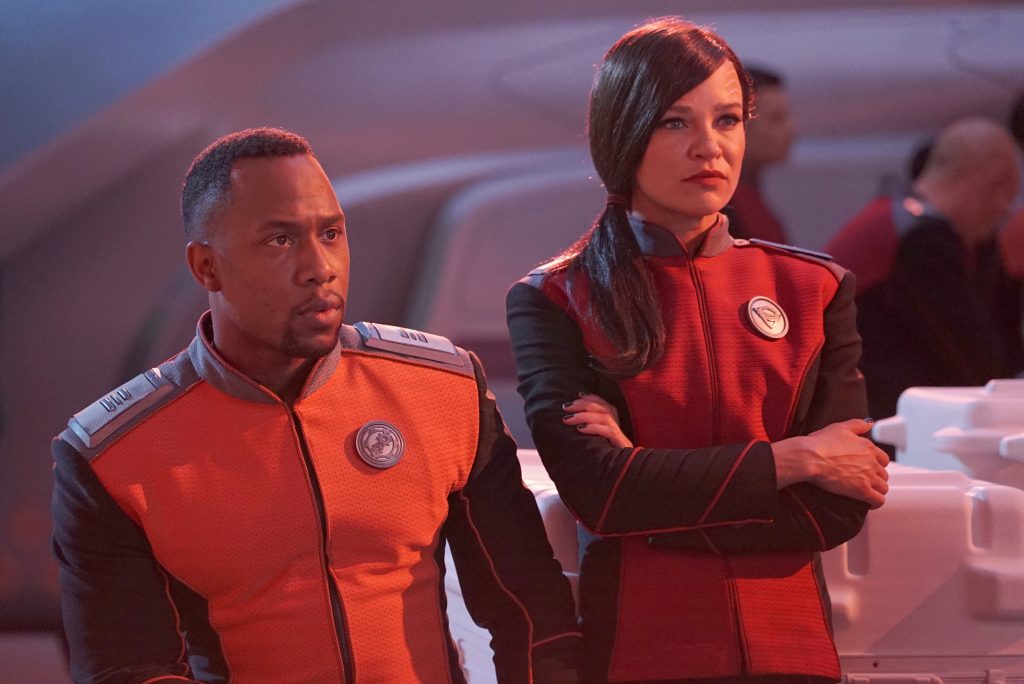 BT: Talla is such a fascinating character because she’s strong, both mentally and physically, and she’s not afraid to speak her mind or be a little feisty. It’s refreshing to see a character like that on TV.

JS: It is, and she goes back to what she wants. Deep down she wants to do the right thing, but she’s not afraid to speak her mind and ask for it, and I think that’s really powerful. She has a really steady, measured confidence in which it’s not too much over-the-top when you’re like “Okay, you need to chill”, it’s kind of inspiring. Also watching it, I’m kind of like, “Oh I want to be like that in life”, you know what I mean? She is also doing the right thing so there’s a big measured confidence in her.

BT: What do you like best about working with Seth MacFarlane?

JS: I always tell people that he has so much going on: writing, directing, acting, starring, and it’s not just one project, it’s a few. And when he directs, what I love is that he has such a calm ease to him, which for me as an actor, when somebody is coming to give you direction and talk about shifting that or doing this, or liking something or doing it again, the way that he approaches it, there’s such a calming effect. For me, that brings more confidence to what I’m trying to do even if that’s subconsciously. He’s just a really good actor’s director, and I mean he’s talented any way you slice it – his writing’s great, his timing’s good and then when I act with him in a scene too and we’re all bouncing off each other, that’s super fun. But there’s times in which at the end of the day, I’m going home and walking to my car and I’m like “That was a long day for me, and all I had to do was act!”. I mean you put in a lot of time and preparation and it takes a lot out of you. But I’m thinking: “He wrote that scene, he acted in that scene, he directed that scene, he’s going to edit that scene and that music” [laughs], like “You’re going to be fine, Jess. You did good today”. I love working with him, he’s great. [giggles] 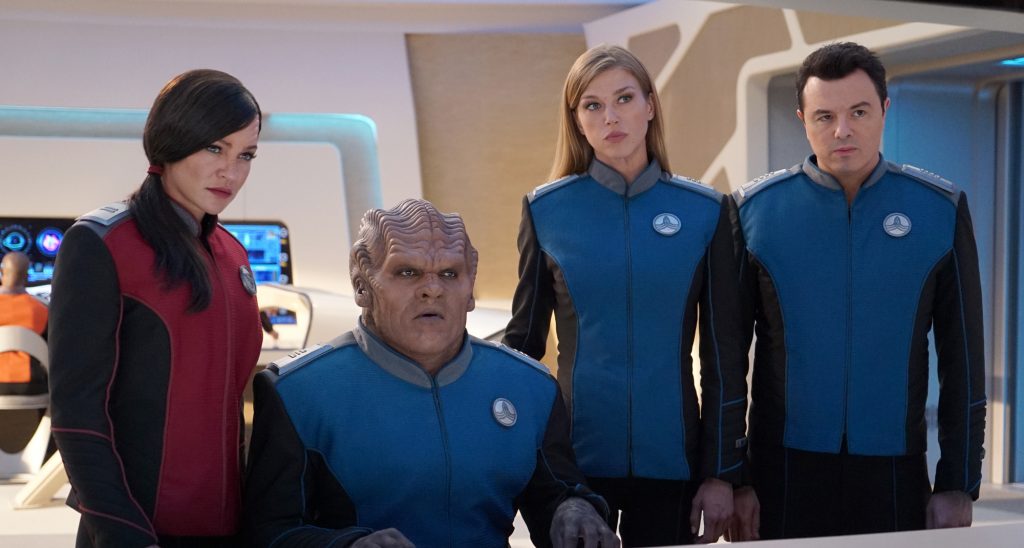 BT: Does it inspire you to want to take on some of those roles yourself?

JS: There’s definitely things that I want to dabble in, and a full part of me wants to go for it, but I’m not trying to do all the things that he’s doing. There are definitely things that I would like try out that I have up my sleeve or that I’m working on right now, but I am not trying to do all things. I still want to, but I have a real passion for acting and there’s stories that I want to tell creatively on the other side behind the camera. There are some things I’m itching to spring to life, but acting is my passion.

BT: I’m so excited that your former Gossip Girl co-star Leighton Meester is going to be on an upcoming episode.

JS: Yeah, Leighton does come on an episode, and when I found out that she was coming on, I was so excited I feel like I teared up. Because her and I had always so much fun working together and it was so interesting because Blair and Vanessa couldn’t stand each other. So we would be laughing and going and having lunch or having sleepovers at each other’s houses and going to work together. Then we would get on set and have to snap out of that and have to not like each other, and that almost made it more fun to play. But yeah, she comes on and it’s super fun. She’s someone with whom I have always kept in contact. I don’t get to see her as often, our schedules are very busy and she’s a mom on top of that, and I’ve been in and out of L.A., but I was super pumped to work with her on set again and play with her on set. She’s rad and her episode is incredible. It’s one of my favourite episodes of the season and I can’t wait for everyone to see it.

BT: Who else did you enjoy working with in the past that you would like to work with again?

JS: I really enjoyed working with Shawn Levy, Vince Vaughn, Owen (Wilson) in The Internship, that was a fun little team. I thought Shawn Levy was incredible, so I would love to work with him again. And I’ve always been a huge fan of Vince Vaughn’s, so to work with him and how he is so funny and raw and real in his character, it was awesome. 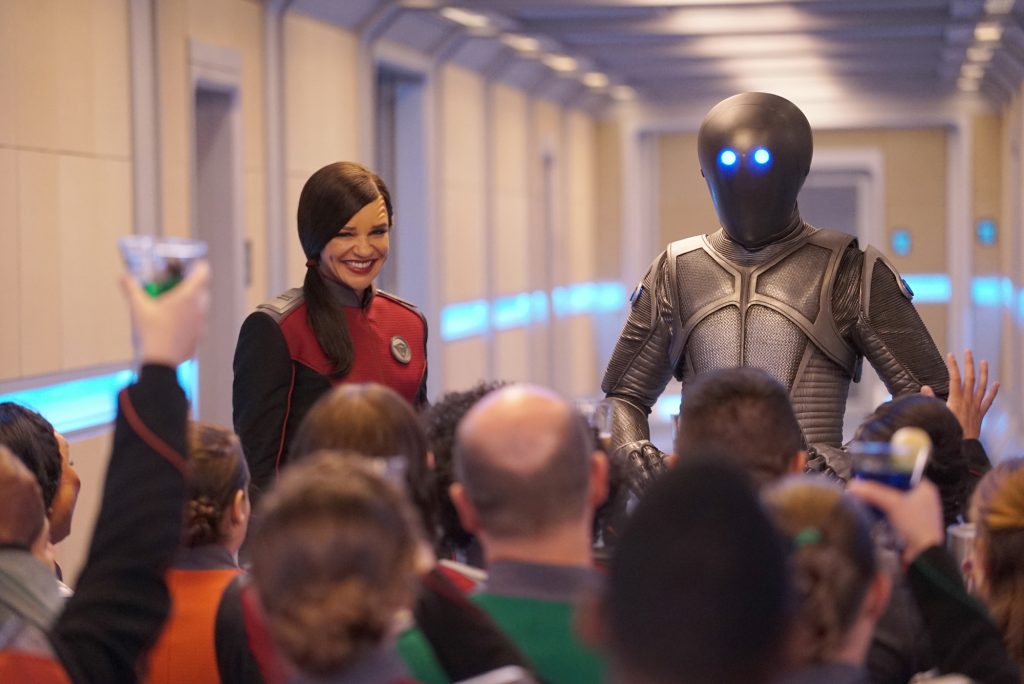 BT: Tell me a little about working with Jamie Foxx in the upcoming film All-Star Weekend.

JS: I mean I have been very blessed to work with him. I say it obviously not because I worked with them, their work speaks for itself, but Jamie Foxx is also one of the most talented people in the industry. What I was saying about Seth (MacFarlane) earlier, Jamie also: acting, comedy, dramatic, music, directing, starring, different characters, singing, I’m like “what in the heck is going on?! where is this coming from?” and to do it with a smile on his face and calming, he was great. In a sense, he brought out some comedy in me in that film that I didn’t know I had, and that was a really special moment for me. I loved working with him! I would love to work with him over and over and over again, and I really hope that people see this movie because there’s a ton of great people who come on and do cameos in it. He did a great job bringing it to life as a director, and he wrote it and it’s funny and it’s special and it couldn’t be more different from The Orville, that’s for sure. [laughs]

BT: I really liked your charitable collaboration with Vans.

JS: Vans gives back so much and I thought that was such a creative project to do and show my support. I actually want to do that again, like tomorrow.

BT: Can you say anything about your partnership with Green Line?

JS: I’m doing something in the home lifestyle space. I’m very excited. I’ve worked very hard and that’s coming up very soon. Before you know it, we’ll be talking on the phone again and I will talk to you all about it.