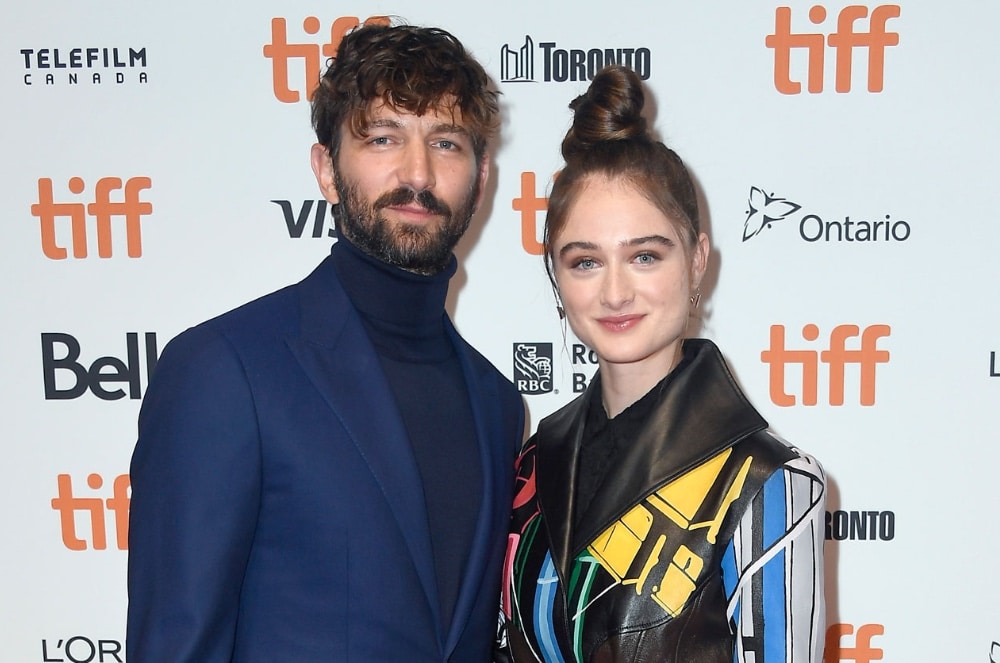 *This interview originally ran on September 13, 2019* The Other Lamb is now available to stream on the IFC Films Unlimited platform.

One of our most anticipated movies of the festival was the movie The Other Lamb, which definitely did not disappoint. It’s an incredible story and more than that, demands to be seen on a big screen. We sat down with stars of the film Raffey Cassidy and Michiel Huisman the day after the world premiere at TIFF in the Intercontinental Hotel restaurant. We saw up close their mutual respect for each other and really discovered a father-daughter dynamic had translated nicely into real life as they really did finish each other’s sentences and build on each other’s ideas. In fact, they remarked on the audience and how someone clapped when Cassidy’s character finally stood up to Huisman’s in a very intense moment.

The following is a condensed and edited version of our chat with Raffey Cassidy and Michiel Huisman of The Other Lamb.

Brief Take: How did you build your dynamic, which is fantastic?

Raffey Cassidy: Thank you! Well, I think that we were doing such a dark scene, and then we were able to have a normal conversation afterward and snap back into it.

BT: Music plays a large role in both of your lives. Raffey, I’ve listened to your version of ‘Burn’ from The Killing of a Sacred Deer on repeat.

RC: [gasps] Did you? Oh my God! It’s quite a haunting version. It’s not very good, which works in a way, because it’s really weird because I really cannot sing, but I somehow always end up having to sing. So when I did this, I thought “Yes! Avoiding the singing”, but then Malgorzata was like: “Yeah, yeah, we’ll sing a song here”, and I was like…

RC: Oh my God, and then (director) Malgorzata (Szumowska) said to me: “maybe you can sing on your own for a little bit”, and I was like: “Malgorzata no! Please, no!” and then yeah…

MH: To get a sense of what it’s like to work with Malgorzata, you have to know that she wouldn’t be saying that three months ahead before the shoot. She would probably tell Raffey *on the day* like: “you can be singing by yourself”. [laughs] 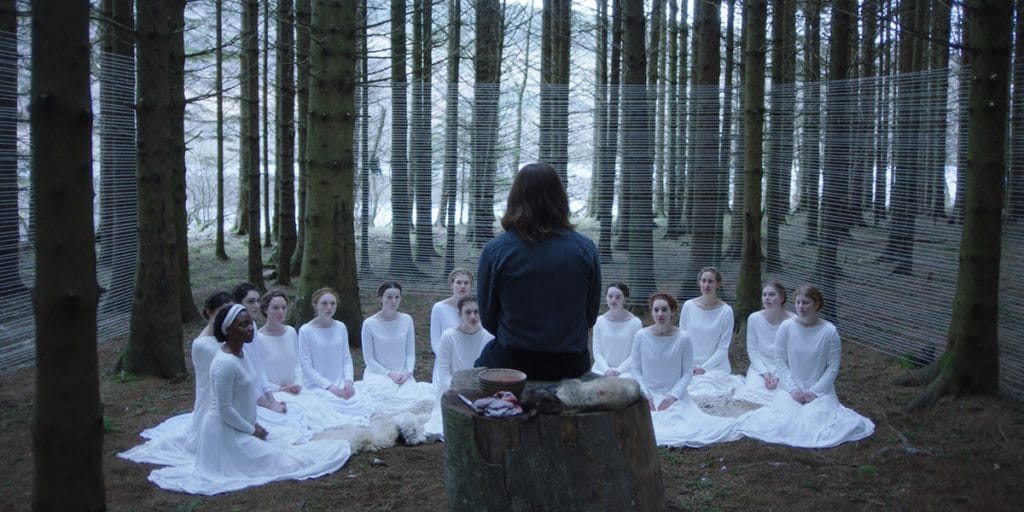 BT: Do you have a place that feels like home to you?

RC: I guess my home in Manchester, I think that wherever your family is I’m good to be, really.

MH: Yeah, same here, really, but my family and I live in New York and have been there for a few years now, but home home’s probably still in the Netherlands, which is where I’m from, yes.

BT: What about when you lived in New Orleans, which is a very spooky city?

MH: New Orleans is definitely a city that has a very special place in my heart, because we lived there for almost 7 years, and yes, definitely has that haunted quality, in a good way. In this case, shooting an hour from Dublin, in Wicklow, I couldn’t believe my eyes. Some of those shots I saw last night, in which we had a wide vista, and you see the mountains, I was like: “What? This is in Europe? This is in Ireland?” I had no idea. So on one of my rare days off, I did 15 kilometres of the Wicklow Way, which is this famous hike, all across the area in which we were shooting. And I want to go back and do the whole thing, which will be weeks or something.

MH: I want to walk through it with my wife, that would be great. 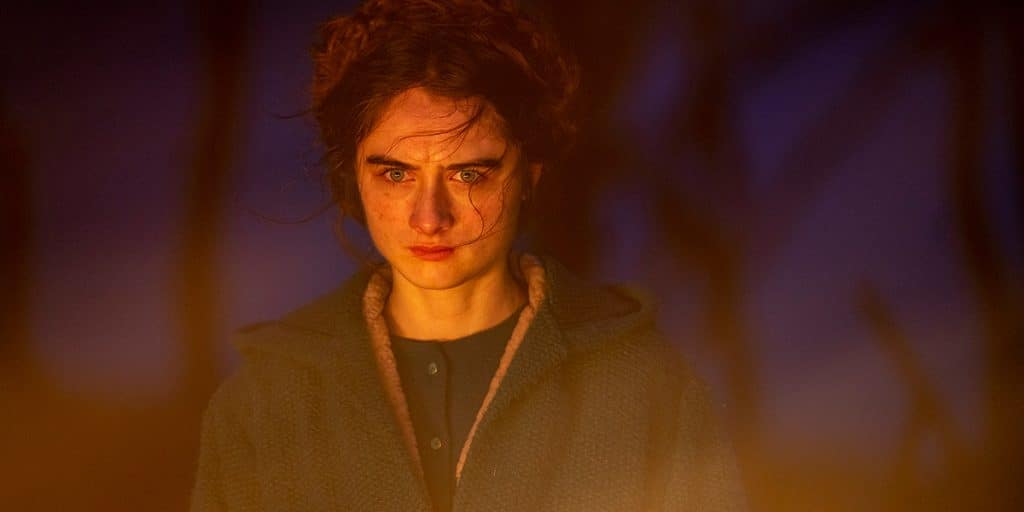 BT: Raffey, you were fantastic in Vox Lux.

BT: Do you see a connection in your different roles?

RC: Honestly, no. Although they have a similar genre…actually, that’s a lie, all of the characters that I’ve played have been very strong characters, which is something to which I am drawn in a script. And they all have their similarities but they all have a different message.

MH: But none of them are easy stories.

MH: Raffey is definitely not shying away…

RC: Thank you. I feel like they’re the best ones, though, right? Complicated stories always have much more of an appeal. And also, this one is very character-driven, like it’s visual and character-driven and honestly, for an actor, that’s a massive appeal.

BT: How much do you lean into the metaphor of the film?

MH: In talking about the film, I like to point it out. It gives the audience a bit of a way in. You’re not just watching some weird cult, this is also a metaphor for our society, for our patriarchal society. I remember first conversations with Malgor, before I had decided to play this character, I was worried about the character and playing this horrible, horrible man. Because also in the script, I couldn’t really tell whether that counterbalance of female empowerment, girl power, is really there. But she kept convincing me that for her, that was what the movie was all about and because of that, Shepherd can be even worse than he was on the page, because in the end, it’s a story about a girl finding her power and standing up. 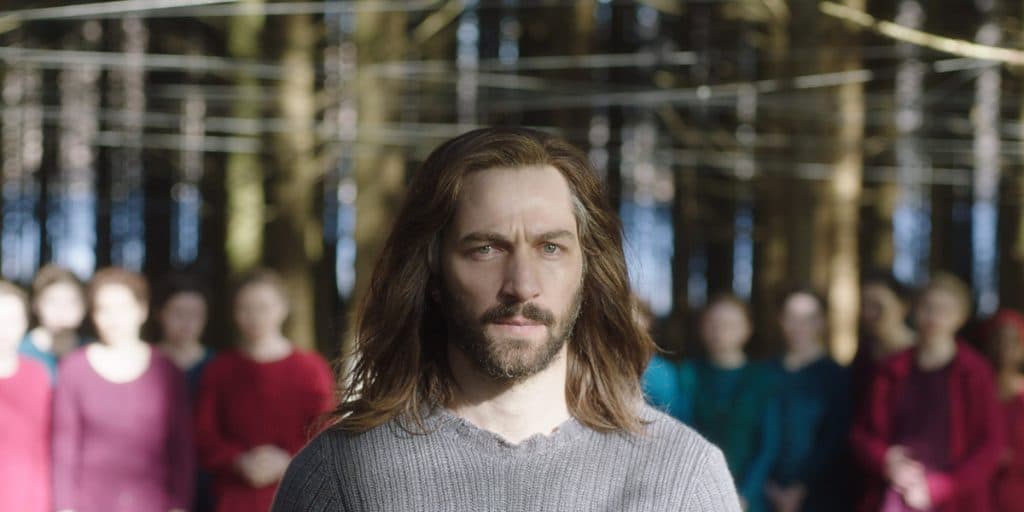 BT: You’re doing a lot of work with transformation. Do you feel immersed in your role or are you still you?

RC: No way, I don’t feel like myself at all. I think that having costumes and hair and stuff is the easiest way for an actor to transform and then they bring in the character.

RC: But I think that it is in a good way, good not to relate to your character, and create your own story and live that story, instead of trying to bring it back to your own life.

MH: It’s such a different thing, making a movie and watching it.

MH: I don’t think that I’ll ever come to terms with the latter part. [laughs] I’ll never really be able to enjoy seeing myself on the screen.

MH: Nah, I don’t think so. Sometimes I’ve had rare occasions in which I’ve happened to see something that I was in that was so long ago that I remember what I was doing, but now, when we were watching the screening last night, I still remember what I was thinking on the day.

MH: So I will never be able to…

MH: No, in the movies that we’re in ourselves.

BT: What are you going to take from this role into your future performances?

RC: I would love to work with everyone again. Every time we do a dark film, I want to do another one.

MH: But if we do another one, I want to be the nice guy. You should be a horrible character. Deal?

MH: That’s what we take from it. [laughs loudly] Turn it around.

MH: And people will clap.