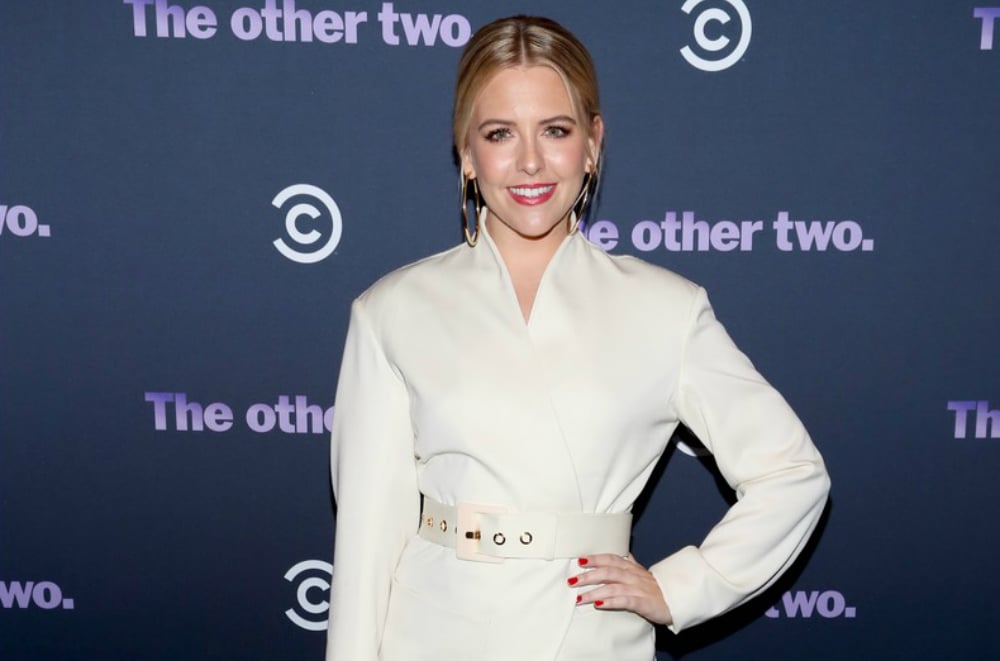 As a musical theatre fan, I jumped at the opportunity to chat with Heléne Yorke. The versatile actress has appeared (and shone) in Broadway productions of Wicked, Bullets Over Broadway, and American Psycho, and has delivered memorable performances on the small screen in Masters of Sex and The Good Fight (just to name two of my favourites of hers). Not to sound hyperbolic, but her best portrayal is that of Brooke on Comedy Central’s new critically acclaimed comedy The Other Two.

The Comedy Network has the best description of the show (that I couldn’t top even if I tried), which is: “The Other Two (which will bring out the frustrated teen-hating old man in all of us), an aspiring actor (Drew Tarver, who you might recognize from Bajillion Dollar Propertie$ and Comedy Bang! Bang!) and his former dance prodigy sister (Heléne Yorke) are forced to come to terms with the fact that their 12-year-old brother has somehow become an overnight internet sensation. The series also stars Molly Shannon and Ken Marino, two of the most underrated comedic performers of our generation. Oh, and it was created by SNL‘s Chris Kelly and Sarah Schneider. No big deal.”

The following is a condensed and edited version of my phone conversation with the multi-talented Heléne Yorke.

Brief Take: The critics are unanimous in their admiration for The Other Two. How does that feel?

Heléne Yorke: It’s honestly bonkers. I mean you honestly get a dream job and that feels like enough, and then they pay you to do it, which is crazy and then you get to pump it out and people watch it and like it. And you know, I love attention, it’s been great. [laughs]

BT: You are such a chameleon in your roles. What sort of inspiration did you draw upon to play Brooke?

HY: More than anything, I think we’ve all been in New York and we’ve all struggled and we’ve all kind of had those experiences, so it was shocking how much I drew from myself to play Brooke. Also having siblings, I have two brothers, and getting to dive into that relationship was so nice, and to do it in a way that felt so positive was so great and again, felt really personal. But I’ve been lucky to be able to do a lot of interesting things and in particular with this show, Chris (Kelly) and Sarah (Schneider) are two of the greatest writers ever in comedy, and to get the opportunity to play with them was pretty f’ing great. [laughs]

BT: Are you still filming the show now?

HY: No, what’s crazy is that we shot the pilot a year and a half ago, and then we got picked up and we started shooting the series this past May. We finished up in July, so we’ve been waiting for people to freak out over us for months. It’s like sitting on a gold mine, like “It’s here! There’s tons of gold here. You’ll see”. I’ve done theatre as well, and the way that people respond to it is so instant. You get the instant gratification of hearing a laugh or hearing a response. And with TV, you watch camera guys, their shoulders bounce behind a camera, but you really have no idea until an audience reacts much later from when you did it, you know? 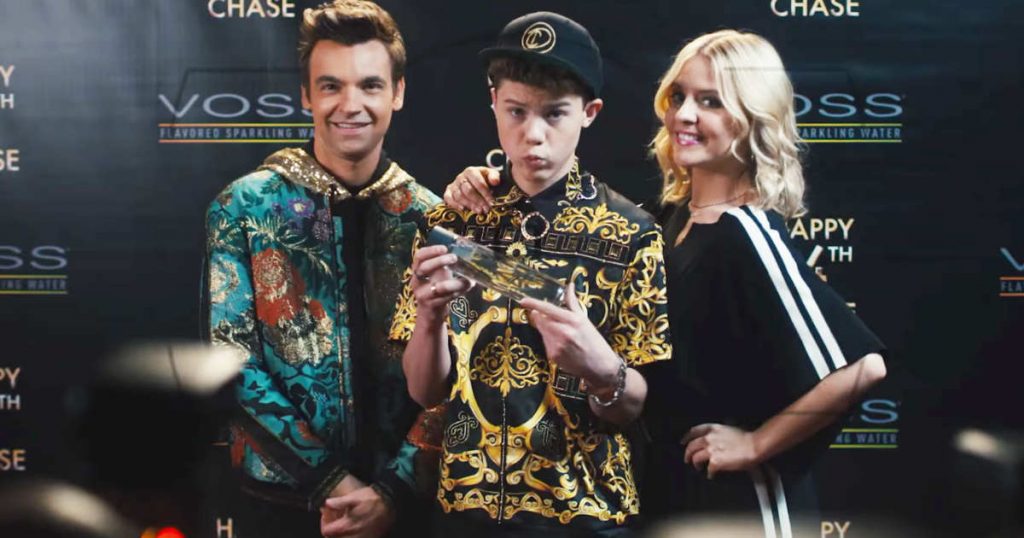 BT: You get to bring your extensive dance experience to the role as well. I hear that you’re one degree away from Beyoncé now.

HY: I’ve done musical theatre and I’ve been dancing since I was three, I’ve done mostly ballet, and they said “you’re going to be in this music video”, and I said “I’m not going to need very much rehearsal, I pick up choreography just fine”. But hip-hop is not how my body naturally moves. [laughs] I met all these girls, and I said “God, I feel like I’m in a Beyoncé music video”, and the choreographer said “actually a lot of these girls dance for Beyoncé”. I sort of lost it and fangirled over them for the next three days while we shot the video. I asked them so many questions! I wanted to know everything about the ins and outs of their world. I mean it’s amazing, it’s incredible. We had this rehearsal video with me doing it that made the rounds, and everyone was like “Heléne, you’re such a good dancer!”, and I was like “I know!”.

BT: I really liked the family dynamic on the show because it felt so true to life with how siblings would act with one another. Had you known Drew Tarver and Case Walker beforehand?

HY: No. Drew was cast before I was and we did a chemistry read before they ended up casting me, and I think that’s so terrifying, like “quick, act like you’ve known each other your whole lives!”. For us, I think that having siblings ourselves helped towards building that relationship with someone you know inside and out so well, and then drawing from that. Then we met Case, and Case just is Chase. He has a big following on this app called Musical.ly, I think its now called TikTok actually, doing these music videos and he’s a heartthrob in real life. [laughs] So getting a taste of that side of social media and what the kids are doing [laughs], what the kids are up to was really funny. 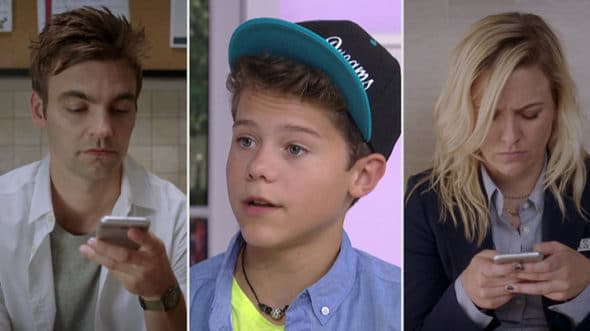 BT: Now that you are becoming a huge star yourself, what are some of your career goals?

HY: You’re so nice! You know, I don’t know if this is a lame answer, but I used to say that I wanted to be a regular character on a comedy series on a cable network, and the fact that I did that, to be coming out now to be asked about my goals is almost poetic because I feel like I just reached this mountaintop, and getting to look around and think: “oh, maybe there is up from here, and maybe I can think forward from where I am now”. This was always such a goal. Who knows, I could be back at my side hustle tomorrow, you never know. [laughs]  I’d love to be back on Broadway, I would love to do a play on Broadway, there ya go. So much is interesting that is being created on Broadway right now. Dear Evan Hansen is an entirely original story, right now To Kill a Mockingbird is the highest grossing (non-musical) play in history. There’s so much new material that comes up all the time. What’s neat about what we do is the ability to create.

BT: Could you talk about how it feels to be anchoring a show on Comedy Central?

HY: I don’t know about you, but I remember when South Park came out, thinking that these were the smartest guys in comedy at the time. They were doing something so new and that people were responding to in a whole new way. So now to be a part of that family is unbelievably poetic. I know that Ken who runs the network really trusted us. We felt so supported in doing what we we’re doing. Creativity flourishes underneath a boss to who allows it, and we’re definitely lucky. 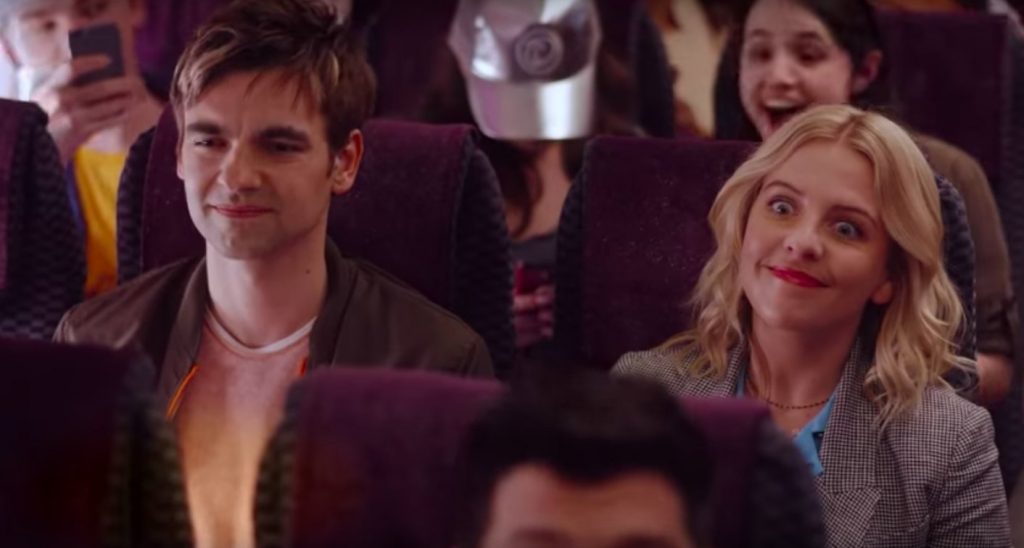 BT: Who are some people that have influenced you?

BT: You get to work alongside the legend Wanda Sykes as well!

HY: Pretty bonkers, actually. I mean, she’s Wanda Sykes! I still don’t know how to articulate how it feels to be a kid that thinks “Oh, it would be so cool to do this someday”, and then to do it with Wanda Sykes?! Like, who am I?!? [laughs] She’s an actual icon and a really good person. People like to hear when people are nice and I am here to tell you that Wanda Sykes is a lovely human being.

BT: What shows are you loving right now?

HY: I can’t stop talking about Killing Eve, I’ve been talking about it all day today. I just finished Sharp Objects, which is unreal and it’s so good. Speaking of Killing Eve, I watched Fleabag and didn’t get up until I finished it, so good! Phoebe Waller-Bridge who writes and executive produces on Killing Eve, writes, created and stars on Fleabag and it is extraordinary. Speaking of an icon and somebody that I admire: Phoebe Waller-Bridge. And The Marvelous Mrs. Maisel, it’s just delicious, it’s so much fun to watch. It’s refreshing.