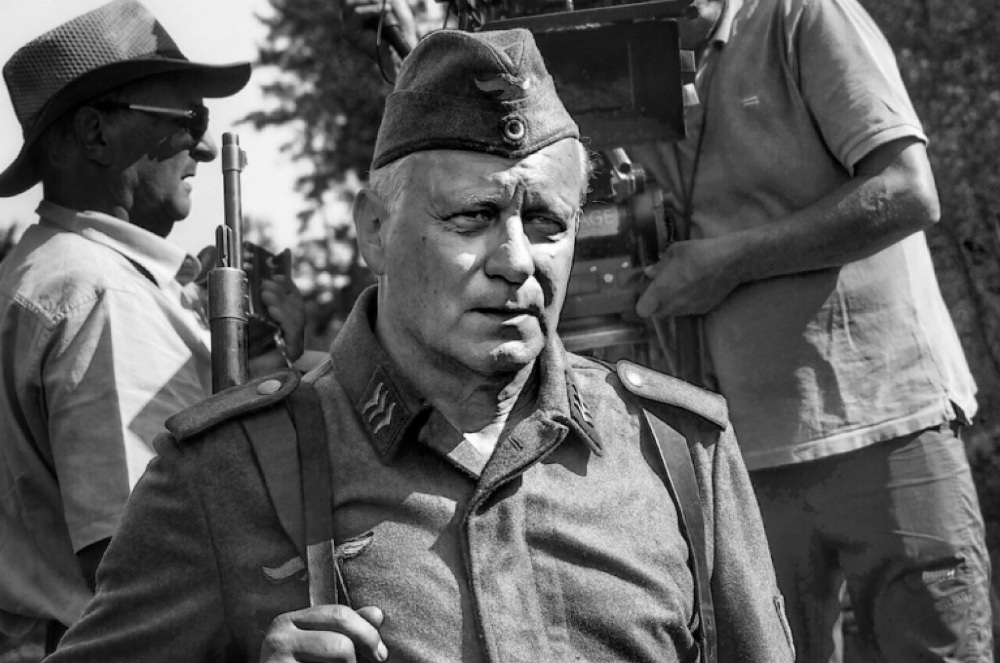 Stellan Skarsgård is a screen legend and a fascinating interview. After watching the incredibly moving Holocaust epic The Painted Bird, Skarsgård walked me and a top-tier journalist through the reasons that the film, while visceral, is a must-see and needs to be fully realized in a cinematic setting.

The film, shot in black and white, follows a young Jewish boy looking for kindness and safety in Europe in the midst of the Second World War. We sat down with Skarsgård during the first Monday of TIFF in a downtown Toronto hotel room. The veteran actor was extremely forthcoming and beyond generous with his answers and very much enlightened us on the importance of the film, both for him personally and for an audience post-festival.

The following is a condensed and edited version of our interview with the intelligent and easy to talk to Stellan Skarsgård.

What do you think of the film and what drew you to Jerzy Kosiński’s book, on which the film is based?

Stellan Skarsgård: Well I read the book in my twenties, I would say, which is a long time ago. [laughs] But then, of course, I did not re-read it, and then I met Václav in the early 90’s, when he was the head of Barrandov Studios in Prague, we drank and we went out and we talked about film and had a lovely time. And then ten years ago, he contacted me and said: “After two years, I got the rights to Jerzy Kosiński’s book, and I want to make a film out of it. Will you be in it?”, he said to me. And he hadn’t even written the script, and I said: “Yes! I would like to be in it”. One of the reasons that it is absolutely impossible to finance. If you go to some money people and you say: “I want to make a film that is black and white, three hours long and is about a boy suffering in Eastern Europe during the Second World War…and I would like to shoot it over two years” And that’s a no. [laughs]

So it was an impossible project, but I really wanted to see it made, and that was the entrance. But the reason that I really wanted to see it made was: I like the book very much, but I also knew that what he wanted to do was a very cinematic film, that these kinds of films are almost not made any more, in which there is barely any dialogue, it’s all tone cinema and I knew it would be beautiful. But now, more and more of the interesting material is for the smaller screen, this monumental cinematic way of storytelling, it’s becoming more and more rare. But I also think that it is an important film. This is a story that is not only about what happened in the Second World War, this is…all these things happen today, around the world, whether it’s Yemen or Congo or Syria, I mean, it happens, almost every day.

And it is really good to remind ourselves of our own brutality and how close we are to becoming like these people, because those people that are committing all these crimes, it’s not like specifically evil people. They’re just like you and me, but under different circumstances. And during something as brutalizing as a war, the war in the film is going on in the background all the time. But the effect of the war is very present. It has been criticized for being over-brutal, but at the same time, he doesn’t show the violence very much, it’s off-camera most of the violence, but the result of the violence you see, and the violence is present. And you feel it even more because you don’t see it. But we’re so used to violence in cinema, but we’re used to violence as entertainment. So violence should be nice, violence should be fun, but it isn’t in reality. And now and then, it’s good to reminded that violence isn’t that nice. 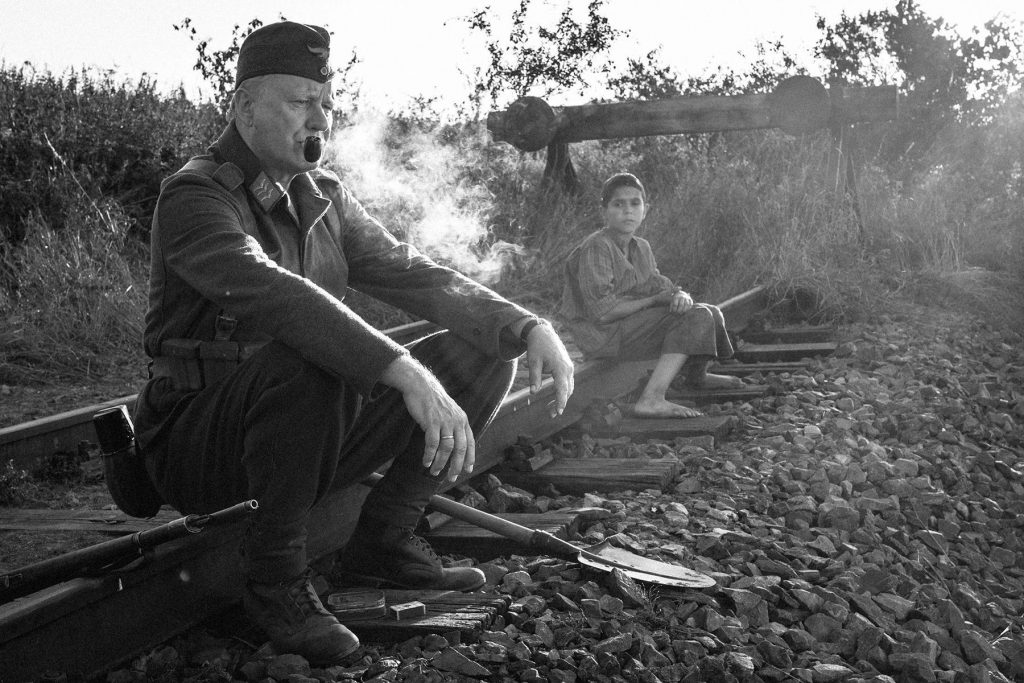 You’ve worked with notable directors such as David Fincher and Lars von Trier, who have a unique way of working and visual style. Tell me about Václav Marhoul’s distinctive style in this film.

SS: Of course I knew that it had to be his film and it also affects the acting. If you to act in the film, it is affected by the style of the film. And it’s interesting because it’s highly aesthetic in the imagery and then it’s absolute realism in detail, but then the acting is realism that is heightened in a little way because everything sort of slowed down in the acting. And people look at each other much longer than they normally would do and that contributes to the sort of hypnotic effect of the film – that you’re sort of drawn in and you start looking at the image and you start thinking about what they’re thinking, what they’re doing, oh look at that horse over there, that’s so strange. And you contribute much more yourself to the film than you think.

So much of the movie rests on Petr Kotlar and his immersive performance in the film. What was it like working with him?

SS: Václav had a very good relationship with him, and they worked for two years on this film and I was only on set for a few days. But what I could feel is that he totally trusted Václav and that they had a good relationship. It must have been very hard for him, physically hard for him, not as much for a film situation, he got more and more to the points that he should be emotionally for the scenes, but he also doesn’t express it, he contains it, which is much better. Of course this is an experience that will very much affect his life in the future, hopefully for the better, because it’s not Home Alone, so he won’t crushed by the industry, so it won’t be that bad for him.

Have you seen a tv show or a movie that moved you recently or you thought was exceptional filmmaking?

SS: Well I was moved by The Painted Bird, but then, actually, I was also moved by Hope that I saw, that I was in. I’m just moved by myself. [laughs loudly] But I saw Hope and the Norwegian film that I had here was great, but I was mostly moved by the other character in the film. But I don’t easily get moved, and I don’t watch that much. I have to watch some films because I’m in the Academy. But right now, I’m reading books a lot because I feel like: “Fuck, I’m behind!” I hadn’t even read Louis-Ferdinand Céline, the old Fascist anti-Semite. But a fucking good writer!

Is there anybody in the industry with whom you’d still like to work?

SS: There’s probably a lot of people in the industry with whom I would like to work. But I don’t nourish dreams about the future. I mean suddenly there is material with the directors and the actors that I find really exciting and then I would work on it, but I also don’t know what I want to do three months from now. The way that my life is I don’t plan for very long, and then suddenly, I say yes to something and do it and that suits me fine.

I don’t need to work all the time. I don’t want to work all the time. I’ve been changing diapers for 40 years and cooking for kids, and that’s a good life. And then when I find something that I want to do, sometimes I do it because it will give me enough money so I don’t have to work for a while. It’s different reasons for doing films, but I turned everything down for a while, because I just like the idea of not having anything waiting for me. 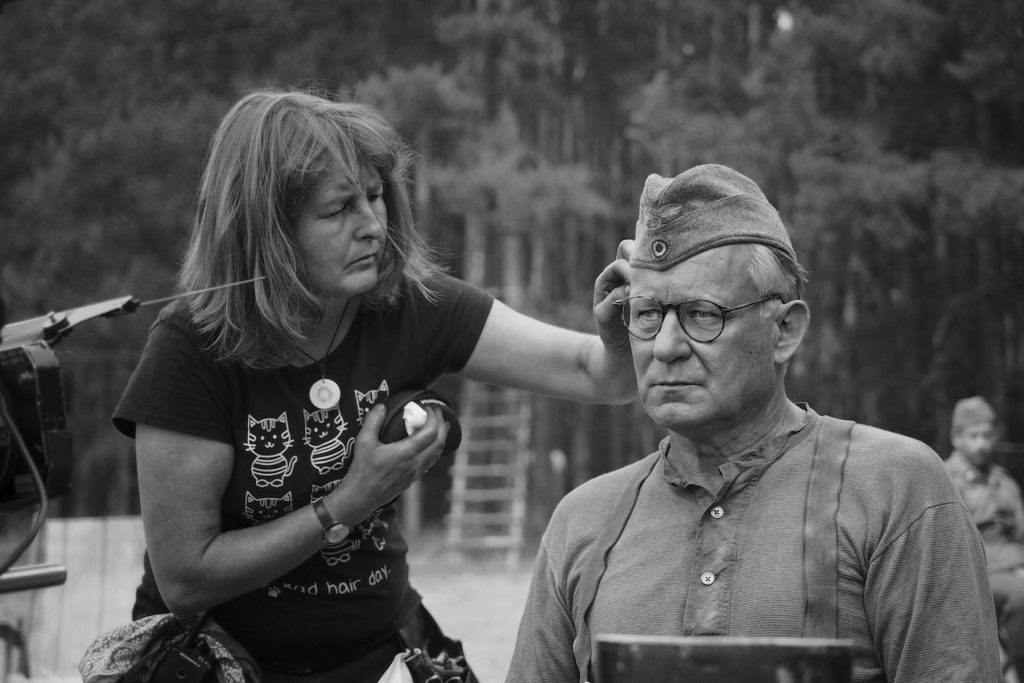 As a Canadian, I would love to know what it was like to work with Denis Villeneuve on the upcoming Dune?

SS: Oh! I love him as a filmmaker. That’s another one that really does films for the big screen and with a strong cinematic language. It’s fantastic to be allowed to work with him but he’s also such a wonderful man and it’s a set that is calm – no stress, no hierarchies, nobody’s afraid, he’s present to everybody, everybody’s present to everybody, you solve the problems, you do the scenes and everybody’s happy, that’s the way that it should be.