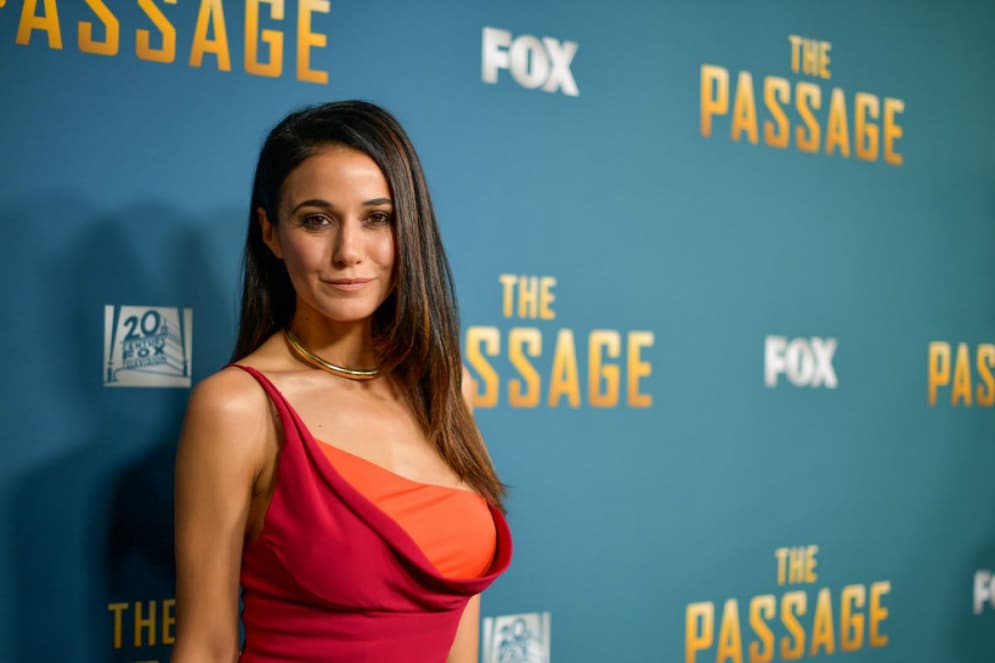 Whether you know her from popular comedies such as Super Troopers 2, Entourage or You Don’t Mess with the Zohan, or from more dramatic fare such as Shut Eye, Wrong Turn or Murder in the First, chances are you’ve been captivated by the lovely Emmanuelle Chriqui. No matter what the project, the Canadian born and bred actress brings depth, intelligence and a radiant energy to everything she’s been in.

We recently had the wonderful opportunity to chat on the phone with Emmanuelle Chriqui about her new Fox show The Passage (based on Justin Cronin’s bestselling trilogy), and the following is an edited and condensed version of our conversation.

Brief Take: What initially drew you to The Passage?

Emmanuelle Chriqui: So, Leora, originally I read the script. Like any role that I tackle, I need to just feel something in the script as a whole, and when I read it, I just found it so intriguing and terrifying in that way that “oh my God, this could happen!”. This could be a reality. [laughs] What’s interesting about The Passage, and I think what they did so well, is that for a genre piece, they’ve really woven in a lot of character, a lot of backstory for all the characters, and I found that that really set it apart for me. My general go-to is I’m not super “genre”; I don’t love sci-fi. I’m not so much into vampires and all the rest. In particular, what drew me is that the role of Lila…you know, I describe her part as a ‘slow burn’. We get introduced to her, we understand her association with Brad (Mark-Paul Gosselar), but then as the series continues, we really get to know her and see other sides of her. What I loved is that her and Brad and Amy (Saniyya Sidney) really have the family version of the love stories in the show, which is a nice sort of respite from running from the virals. [laughs] I mean, listen, something that was massively attractive to me is that Liz Heidens is an amazing, amazing writer.  The pedigree that we have on this show, from the executive producers Ridley Scott and Matt Reeves, to Adam Kassan, and having this incredible support from Fox, it was kind of a no-brainer!

BT: Tell me about working with this incredible cast as well.

EC: We were so lucky. I think that the chemistry was there from the get-go and we’ve been so blessed with an unbelievable cast. Like, we couldn’t be luckier—the entire cast and Mark-Paul being our number 1, I mean, we’re the luckiest. He has such a generous factor, he really cares about the highest good of the project and he wants everyone to be good. He wants everyone to bring their A Game and to feel good. So those dynamics were really naturally there, and Saniyya Sidney—I don’t have enough ways to gush about this old soul little girl. She is remarkable and she’s such a talent. She’s an incredible human. She’s so fun, she’s so sweet, she comes from a good place, you can tell she was raised right. And honestly, wait until you see the work that she does. It’s not normal! Like, what?!? You’re 12! I don’t understand. [laughs] It’s so good! It’s really crazy. Mark-Paul talked about how it could go either way. He talked about how working with a child actor could be a bloody nightmare and we just hit the jackpot with Saniyya. And so the rest really fit into place. Hats off to casting for knowing, intuitively I suppose, that we would all vibe. 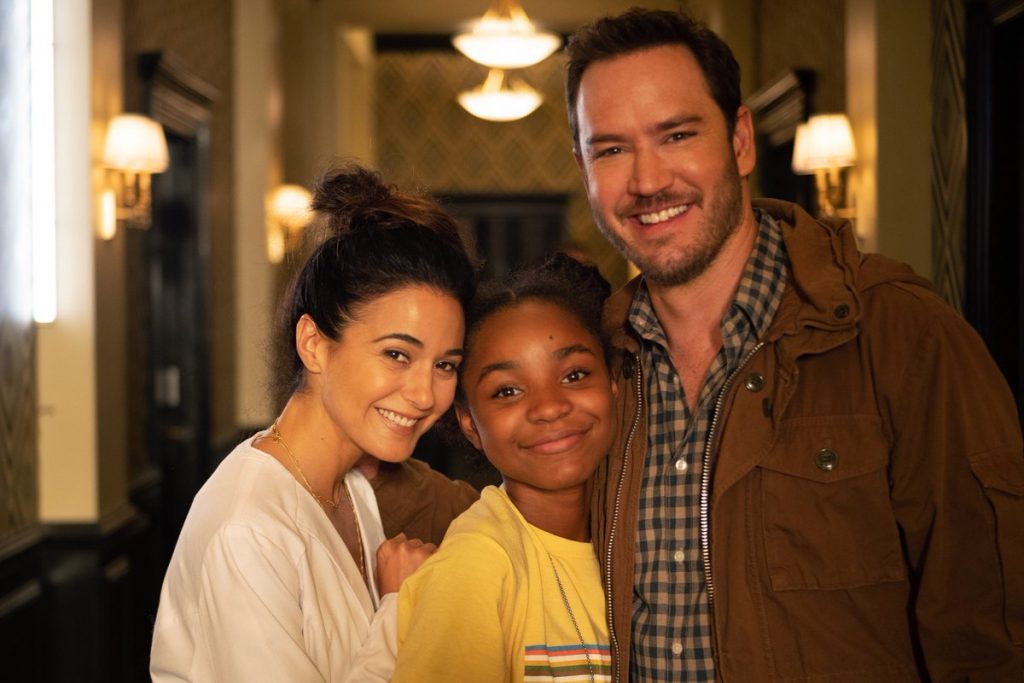 BT: You’re such a natural at playing both drama and comedy so well. What do you take from your previous roles?

EC: Thank you! Thank you for saying that. Did I bring anything from previous roles? I can’t say that I did. I think oftentimes what you bring to the role is what you are living through in life, and I’m always blown away by how life imitates art or art imitates life. I think that this was an emotionally challenging role for me in terms of there’s a lot of sensitivity, there’s a lot of vulnerability, but she’s also strong and savvy. I feel like going through life and personal stuff really informed some of the work that I did this season. There are some things you can’t plan, and you emotionally are where you are and it really served me. I always think that to each role you bring a part of yourself. It’s not by accident that you were cast for a particular role. I feel lucky that I was cast for this because I think that on a large scale, people haven’t seen me do this kind of work before, so that’s exciting.

BT: I thought your performance on Shut Eye was so captivating. What is something that you picked up from that experience?

EC: Oh my God, that was so dreamy. I think that the best way to put it is that I’ve been doing this for a really long time, and I’ve been really so blessed along the way. But I feel like Shut Eye really marked the beginning of choosing particularly challenging roles and roles in which people are not used to seeing me. So I would say that Shut Eye really marked the beginning of playing outside the box for me, which was so amazing and I feel like the choices that I have made since then have also come from that. It’s been a really interesting time, being in my 40’s and getting to play roles that are starting to be a lot more complex. What I dream about doing is reinventing myself every time. Again, I think the role on Shut Eye was somebody that people have never seen me play—a bit of a con artist and a darker character, and that was awesome and I loved that experience. And again, a stellar cast. I’m lucky to have worked with some great people.

It’s really amazing the people that you get to meet along the way, and I always say this—in my business, you get to meet such dynamic, fascinating, just really incredible humans. Like Jason Ritter, that chapter; my God, working with him, that was so dreamy. 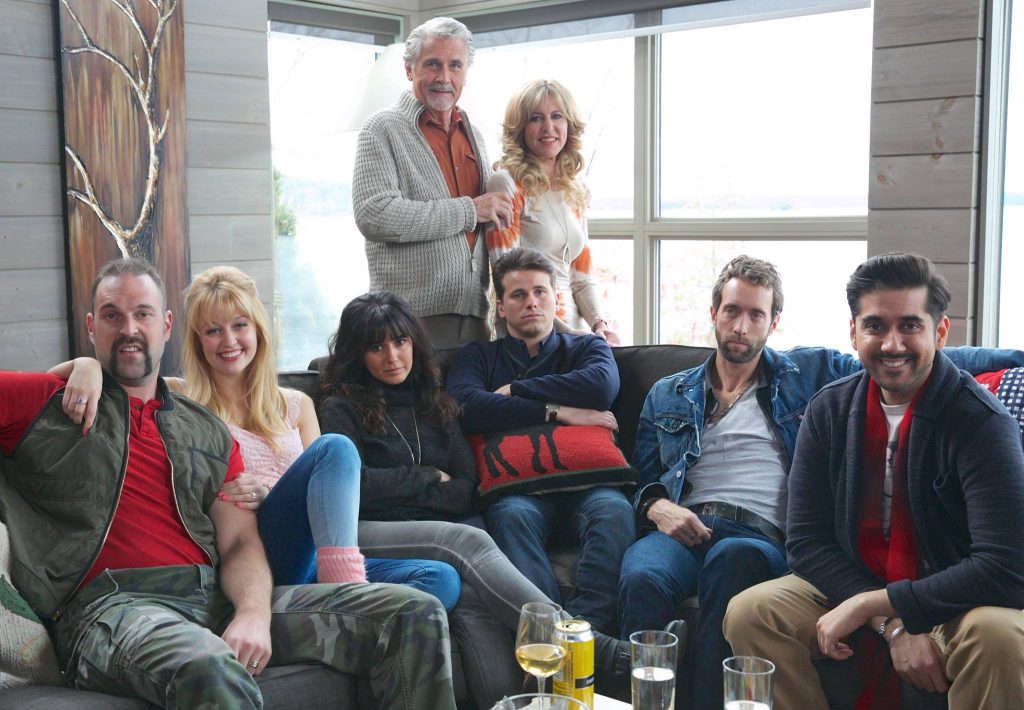 BT: Who are some people in the industry that inspire you?

EC: I’ve been binge watching Sharp Objects, and I am utterly amazed by Amy Adams. This woman can do anything! It’s so wild to watch her and to sort of see her throughout her career just keep on growing and becoming more and more complex and fascinating to watch. I mean she really blows my mind. So at the moment, I’m inspired by Amy Adams. But I mean there are so many! I am dying to see Destroyer, I haven’t seen it yet, but I’m dying to see Nicole Kidman in that, because I’ve heard that she brings it to another level and she’s incredible.

BT: What are you excited for viewers to see that’s coming up on The Passage?

EC: I would say that there is an episode later in the season, I think that it’s episode 7, that is a really strong episode for me and for Mark-Paul. It’s a lot of backstory and we really understand what they have endured. We really had to go there, and it was one of those days on set in which it was like “oh God, please let me be able to deliver what I have to deliver today!”. [laughs] So I’m excited for that one. We had a strong opening and hopefully people will keep tuning in. I believe that we have something special and I feel like, fingers crossed, people will keep giving us a chance. 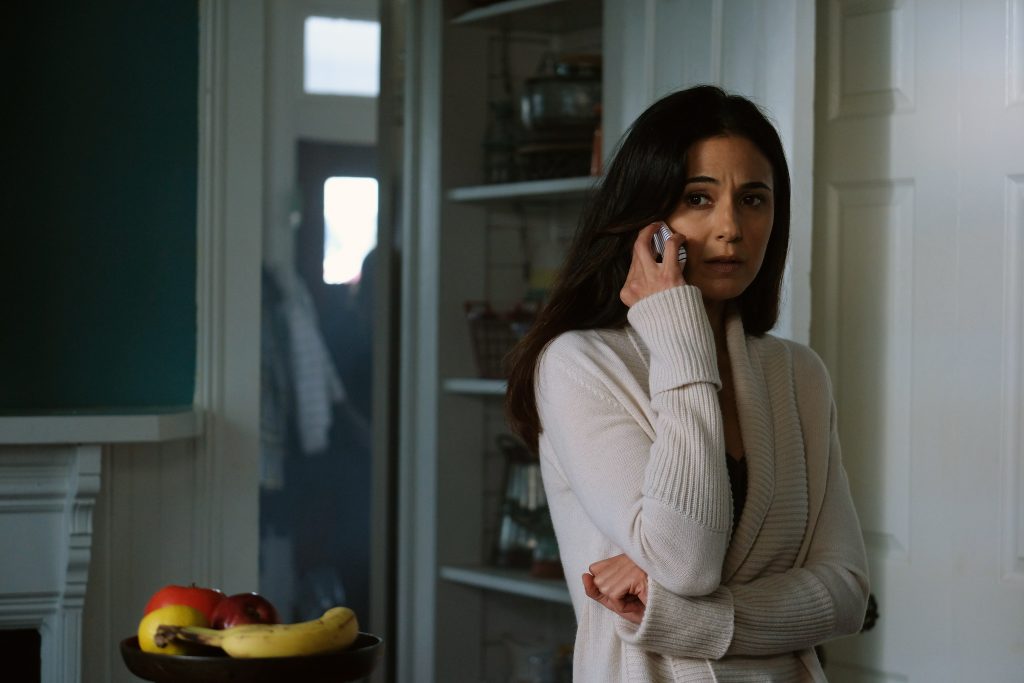 BT: You’re so fantastic in it and I really look forward to watching your work in the upcoming episodes.

EC: You’re so sweet, Leora, thank you. I appreciate that so much!

The Passage is on Mondays at 9pm ET on Fox