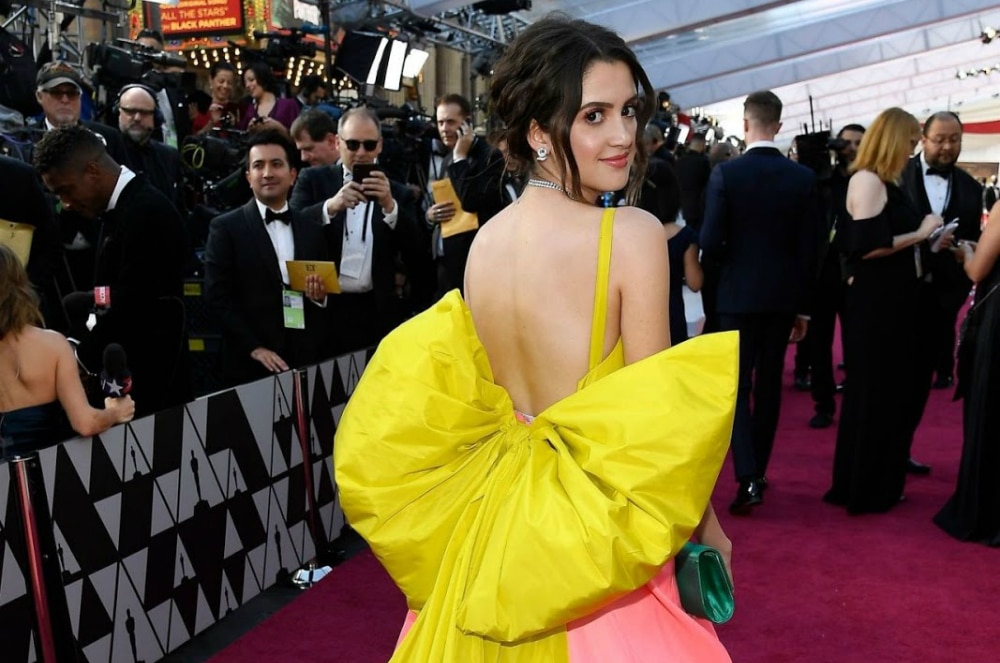 Laura Marano spoke exclusively to Brief Take from the set of a top secret new project and was eager to share information about yet another secret project that was just announced the day before (the CBS pilot The Us Project, starring opposite her sister Vanessa), and especially about her highly anticipated Netflix rom com The Perfect Date. Oh, and she was a correspondent at the Oscars. Let’s just say that she is involved in a lot of different creative endeavours, but Marano was extremely sweet, funny, and we got along so well.

The following is a condensed and edited version of our interview with the lovely Laura Marano.

Brief Take: I’m so excited to hear about The Us Project which looks amazing!

Laura Marano: I’m so psyched that I can talk about the CBS pilot. I’m filming that in the first week of April, and I’m beyond, beyond excited about it.

BT: Getting to work with your sister Vanessa must be a real blast.

LM: Yes! Yes. Vanessa and I worked on a very different project than The Us Project, we worked on a dramatic movie in which we again played sisters. I know—shocker. But very different experiences – a drama. In the movie, ironically we didn’t act too often in scenes together. But now obviously The Us Project is a comedy, we’re together in every scene, and I’m so excited. It’s going to be really, really fun!

BT: And your much anticipated EP Me comes out today, your first as an independent artist!

LM: Yes! And not only that, it’s actually my first EP ever. I’ve never before put out an EP. So it’s really, really special to me, not only as an independent artist, that’s kind of a new venture being independent, but as an artist in general, putting out a body of work has been something which I have wanted to do for such a long time. It’s funny, in the music industry it’s a funny time because EPs and albums aren’t thought of and viewed really the same way that they were before because we kind of live in a single-based industry. But no matter what, there is still something about putting out a body of work which is so special. This is a chapter of my life which I want to share with you guys, and you guys can take it single by single, which is fine and totally amazing, but I’m excited to have some sort of cohesive body of work which, if they choose to, my fans can listen to all the way through. 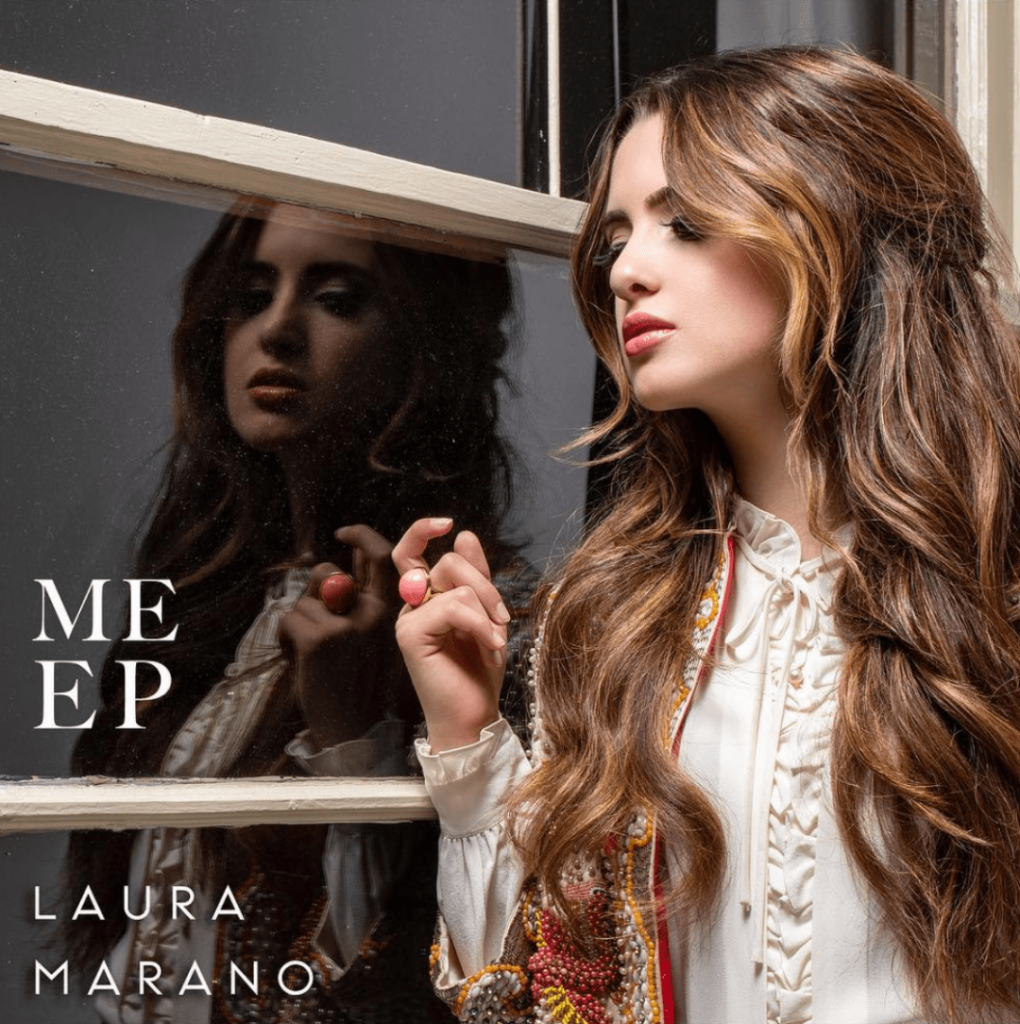 BT: Your sound is going in a really fascinating direction.

LM: Thank you! It’s funny, I’ve been working on it for such a long time and it’s funny how much you change and adapt and find your sound in different ways. How I sound is so different now than how I sounded two, three years ago – what kind of music I want to put out and what kind of music I want to make is so different. It’s funny because one of the songs on the EP—Not Like Me—is a song that I wrote in 2015 and recorded in 2016, so that’s actually the oldest song on the EP. I had all of these songs from 2016, and because my sound is so different, I’ve kind of been deciding what to do with them. But that one, it’s acoustic, and there’s something so timeless about it and it still fit really, really well with this kind of chapter of my musical life, so I was really excited about it. And I got to write it with Jason Mraz, which is pretty cool, I’m not going to lie. [laughs]

As an artist, I’m like “this is a full chapter”, and it’s just a chapter so there are still more coming, but man, it’s exciting for people to listen to it.

BT: These are personal, emotional songs and that raw honesty runs throughout the EP.

LM: Thank you. It’s definitely very scary, but it’s also very, very cool. For me, it always comes down to authenticity – to me as a person and to me as an artist and how these two overlap. I’m 23 and I’m singing about different things, I’m living different things than I was when I was 16, 17, 18, 19—as I’m sure I’m going to be when I’m 28, 29, 30. Different things happen and you have different life experiences and they shape you to make different art, which I think is exciting and really important to go with that adaptation; you want to grow as a person.

BT: What did you gain from being on our side as the recent Oscars Correspondent?

LM: A lot of empathy. [laughs] I think it’s kind of cool to see how it is on both sides, because there are definitely challenges to both sides. I think that when I’m interviewing, I know what it’s like to be interviewed and try to kind of get that empathy over there. Especially at the Oscars, you had so many different types of people, all experts in their fields, but not necessarily people that are celebrities. You can tell some of them weren’t sure if people had even seen their work or who they were, so I try to do my homework as much as possible because I have definitely been in that situation where I’ve been interviewed and maybe somebody didn’t know who I was and it’s a little bit awkward. I also interviewed some amazing actors and actresses who I have empathy for as they want to just talk about the project, they don’t necessarily want to talk about their personal lives or gossip that is going around, but it’s something which audiences can definitely be drawn to. So I kind of drew on that, but now when I’m getting interviewed, I have complete empathy for the interviewer because it can be a lot, definitely, especially on those red carpet situations, not gonna lie. It is a little bit hectic and stressful!

BT: Let’s talk about The Perfect Date. I’m so excited that you’ve announced that it’s coming out on Netflix on April 12th!

LM: Yes! April 12th. I’m so excited for people to finally see that! It’s funny, I was filming that around this time last year.

BT: In New Orleans, which I hear is a magical place to shoot.

LM: One hundred per cent! It truly is unlike any other place. I love it. it’s funny, there are not only all of these fun aspects, but there’s also this aspect of “Is it haunted? Is it not haunted?”. Noah (Centineo), Odiseas (Gerorgiadis), and Camila (Mendes) – when she was there, because she joined us the last week and a half, two weeks – we all went out. I mean I wasn’t scared of ghosts or haunted spirits, I was more scared of being out at night at 2 a.m. I was like “this feels like this can be dangerous, guys”—classic me. But we would go out and there was a house next to our production office that “Is this haunted?”. [laughs] But it was really fun! It was a little scary, but it was really fun. It was definitely a bonding experience. 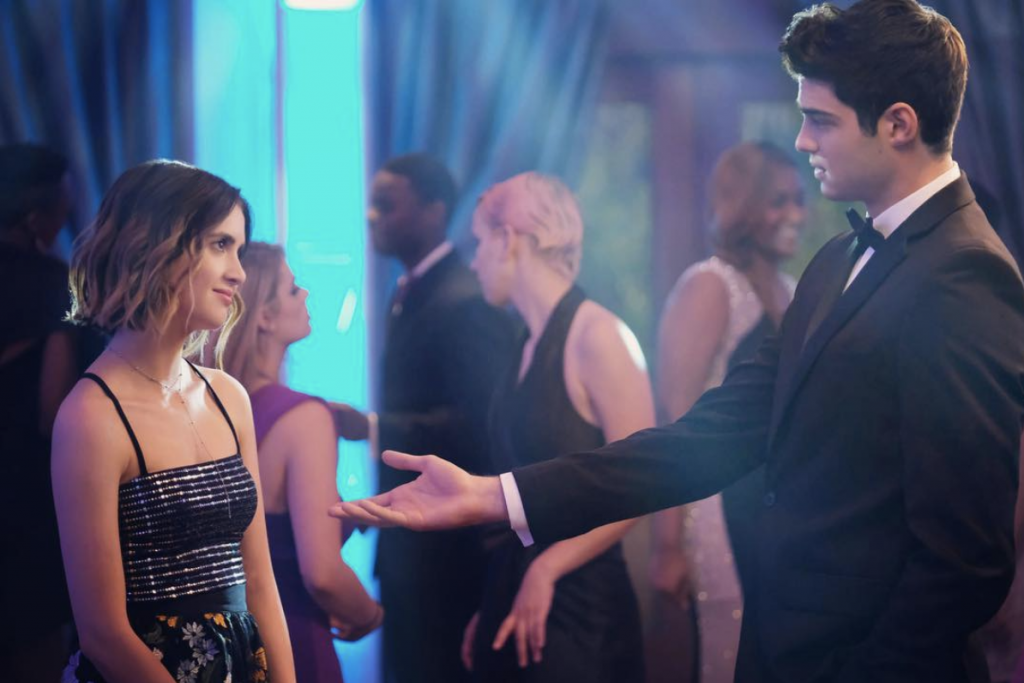 BT: You must be looking forward to audiences seeing you portray a completely different type of character though.

LM: Definitely a different character for me, which I don’t think that people are used to seeing, so much so that even people on my team when they saw it were like “Oh my God, I can’t believe that was you!”, which I was a little upset about. Celia, the character that I play, is a bit of a badass bawse of a woman and I was like “Hey! I can be a badass bawse of a woman!”. But she’s so different from me and she’s definitely fun to play. It’s such a smart, witty and funny movie, and it kind of turns the classic romantic comedy stereotypes on their heads, which I love. I feel like it’s definitely a teen rom-com, and I’m obsessed with teen rom-coms, so I was really excited to be in it, but it flips the stereotypes a little bit and twists them and changes them, and I’m really proud to be a part of that movie.

BT: You seem like an incredibly generous and giving scene partner. Who is someone who you feel gives it back the same way and someone who you’d like to work with in the future?

LM: Oh man! Thank you, first of all, very sweet of you to say, and great question. To be honest, I thought Noah (Centineo) was very giving. I felt like we had a very great partnership on screen and during the movie we worked a bunch on it. I think that no matter what project you do, it doesn’t matter what level you are doing, I mean if you are doing a Martin Scorsese drama, there is always going to be a perception of a higher quality, obviously. But in my opinion, you want to work on any project you’re doing with the same work ethic and the same amount of concentration as you would on a serious, dramatic high-quality film. I felt like with The Perfect Date, we worked really hard on it. We rehearsed as much as we possibly could and I feel like it shows. I’m really proud of it.

Also I love working with my sister! I feel like we don’t do it enough so I’m really excited to work with her, I think she’s pretty incredible. I worked years and years and years ago with Sarah Silverman and I thought she was such a giving actress. I was like 8 or 9 and she was just the best—she was amazing. She is someone who I would definitely like to work with again. I feel that I’ve worked with so many amazing actors, so I can say so many names because they are all pretty incredible. But someone who I haven’t worked with, and I feel that this is such a classic answer but I don’t even care because I’m reading her biography right now and she’s amazing, but you look at someone like Meryl Streep, and hear stories about Meryl Streep, and you hear about how giving she is as an actress. No matter what movie you’re watching with her, you can tell  that she’s just very, very giving, and I think it elevates her partner to this amazing kind of quality, and to watch it is incredible. 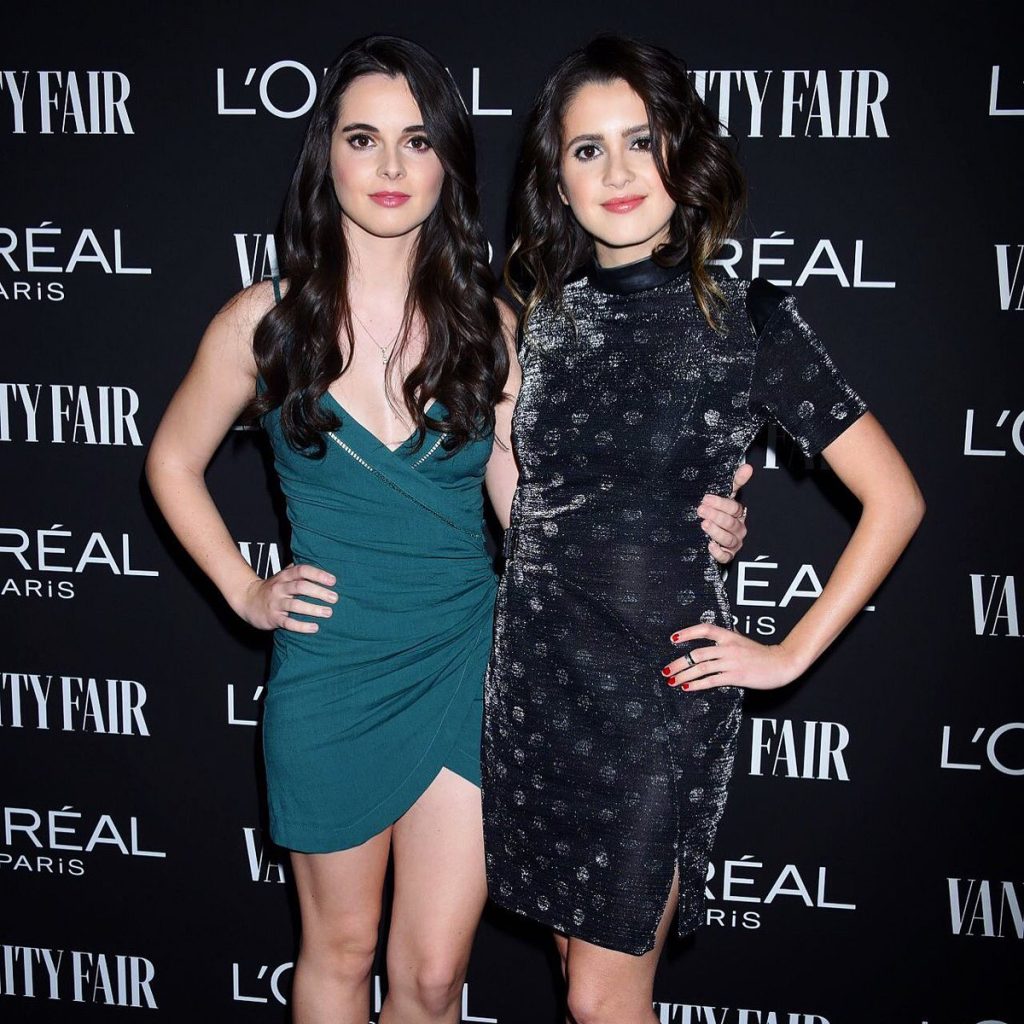 BT: You have so many projects on the go right now. What helps you stay focused?

LM: I believe that no matter what I do and what I want to do, the most important thing is finding that time and energy to put the work into it, because if you don’t, if you’re not giving something your one hundred per cent, then I definitely think it isn’t worth your time. Though it is challenging, I believe that I can cross genres and we all can cross genres and do the things that we want to do with the right time management and with the right work ethic.

Laura Marano’s EP, titled Me, is out now and available on iTunes. The Perfect Date begins streaming on Netflix on April 12.