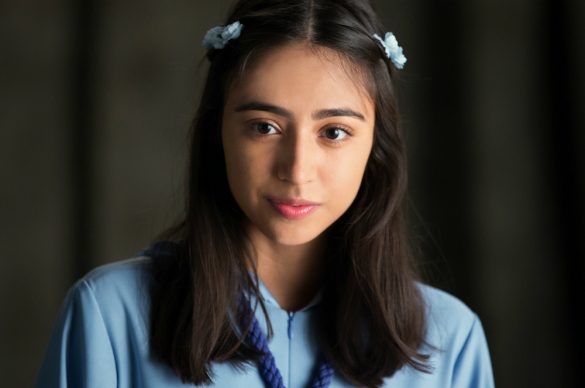 Your new favourite show is about to be The Purge. Based on the horror movie franchise from Blumhouse, The Purge series stars Jessica Garza as Penelope. It’s best to come to the show without knowing too many details about it, as we learned from Garza, who we spoke with on the phone while she was on a break from filming the series in New Orleans. Cancel whatever you have planned for September 4th (and in Canada, September 5th), as USA Network and Amazon Prime Canada deliver the series of the year. The show also features Billy Baldwin, Lili Simmons and Hannah John Anderson and is insane!

Here is a condensed and edited version of our chat with Jessica Garza, who was previously an important part of the series Six.

Brief Take: What can viewers expect from The Purge?

Jessica Garza: I think people who have seen the movie or a couple of the movies, the thing that would stand out the most is the time that television gives us, compared to the movies. I think the major difference between our show and the movies is that we really have so much more time to go deeper into character development and backstory. Our show focuses mostly on Purge Night, but we do use a lot of flashbacks before this purge night so that it really sets the tone for where all of our characters are on that night. We get to go back and see what happened before this night and why we all ended up in the places that we did. So I think that’s the most intriguing aspect of the show, when you’re already familiar with the movies, and people who aren’t familiar with the movies, it’s a crazy concept in general. [laughs] Twelve hours, all crime is legal, it’s insane! It’s different and it’s good.

BT: Had you seen The Purge movies before you began shooting the show?

JG: I was a fan. I hadn’t seen the movies before, but I was so aware of them. My Dad and I, every year we go to Universal Horror Night. And every year pretty much, they have some sort of scare zone for The Purge, and every year that was like the best one. [laughs] So even though I hadn’t seen them before, hadn’t known too much about it, like I said before, the concept enough is really scary and maybe even a tad believable, and that scare zone is perfect. [laughs] Even one year for Halloween, my cousin and I threw together these costumes and we dressed up as Purgers! [laughs] Now I get to run away from them. [giggles] The movies really are holding a mirror to society.

BT: The series goes in some interesting directions, too.

JG: Yeah, it goes in every direction. I think it’s a total reveal for not just my character but all of us. I think where we might begin on Purge Night is not where anyone is going to end. So we are all going through a lot in only twelve hours. We go years backwards and to understand what all of us are doing for good or for bad, that’s your choice. You decide. 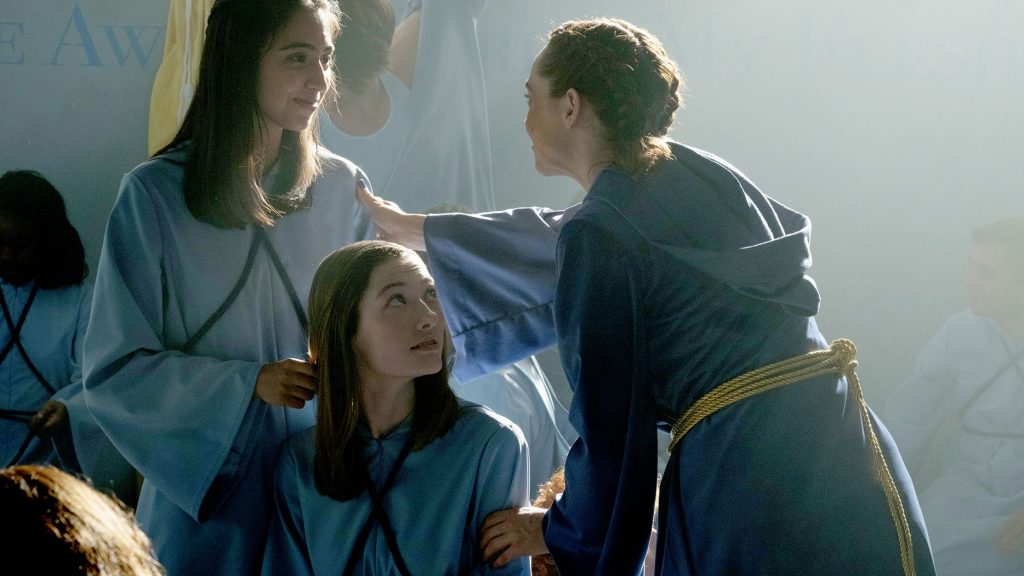 BT: How does shooting in Vancouver for Six and New Orleans for The Purge influence your experience?

JG: Vancouver was amazing! I loved every single minute of spending time in that city. I think that city was perfect for Six because that series had to play as so many different places in the world, and Vancouver has this vast variety of forests, beach and desert, it has everything you could possibly need. And for New Orleans, this city is so much more historical and spiritual and spooky, and I think that plays perfectly for The Purge as well. They are two totally cities, two totally different shows, but New Orleans works for The Purge, and Vancouver works perfectly for Six.

BT: Can you tell us about your experiences shooting Six and The Purge and how they are similar?

JG: For Six, my role was expanded throughout, and the first season filmed in North Carolina, in Wilmington, another beautiful city, and then over the two seasons I really got lucky in how they chose to expand the role, not only to a daughter, but basically a daughter who basically brings in an enemy into the family without even realizing it! [laughs] That was totally unexpected, unpredictable and amazing to get to live through all of that. I thought I was going to be there for two episodes, and sixteen episodes later, it was really unfortunate to see it get cancelled, we really believed in it.

And then for Penelope, for The Purge, I auditioned for it and when I got it I was terrified. When I got the audition notice, I’d already been told no so many times, I was like “why is this one any different?”. Then when I tested for the role with our showrunner, Tom Kelly, he would tell me things like “If you ever have any questions about Penelope, come into our production office and bang on our door”, or I would do a scene and he would say “I love it, don’t worry about it, but let’s do it the way I envisioned it and later I’ll rewrite for the way you’re doing it”. All of this was being said and I didn’t have the role yet. It was this impossible thing of trying to block this out, because shit happens all the time in this industry. I’ve been told yes before the actual yes so many times, and it’s turned out to be a no. So you can’t stake any hope in that. You kind of have to get through it and hope for the best, and it turned out to be the best. [laughs]

For the two roles and how they are similar, Penelope and Annabel, they both want to believe that people are inherently good. And they’re a little naive both of them, and a nice little comparison between the two that is really unexpected is that the enemy could be in a face that you trust or that you love.

BT: It must be nice to shoot with people your own age on The Purge.

JG: Gabe (Chavarria), who plays Miguel, Penelope’s older brother, we get along really well, we hang out all the time. The stunt guys are a whole crazy bunch of fun, so it’s not just the cast members that go out and have fun when we’re not working, it’s the whole crew, too. That’s what’s truly incredible about filmmaking is that it really does take a village [laughs] and a lot of trust between all of us, so it’s a bonding experience for sure with all of us.

BT: Has it started to sink in that you are the lead on this show?

JG: I am not totally sure it’s hit me actually. [laughs] I think one of the big moments it hit me a little was the table read, because that’s the first time a lot of us met. Everyone from Blumhouse and UCP was there, so it’s a big deal. When you’re sitting across from these important people and you’re reading these words for the first time together, and suddenly it’s like “holy shit, this is happening! This is real. I can’t believe I’m here and I can’t believe how lucky I am to be here!”.

BT: Will you be live tweeting the series?

JG: We wrap just after the first episode airs, so I hope that we all get to watch it together, that would be really special. I don’t know how it ends up, none of us do. I really feel like I was given the role of a lifetime. And I’ve learned a lot about myself in this process, most importantly that your body can do much more than you think that it can.

BT: I imagine that for The Purge you have a lot of night shoots.

JG: We do have lots of night shoots, which is fun. I actually like them better than waking up at 6 am and going to hair and makeup. I am a night person. We just had a night shoot on Friday, so I woke up about an hour and a half ago. [laughs]

BT: It must be awesome to be one of the few Latina leads on a TV series.

JG: Both Gabe and I feel like we have a group of people to represent and we both have incredible roles, and so we feel like we’re both lucky and it’s crazy that we get to do this. We’re blown away by it!