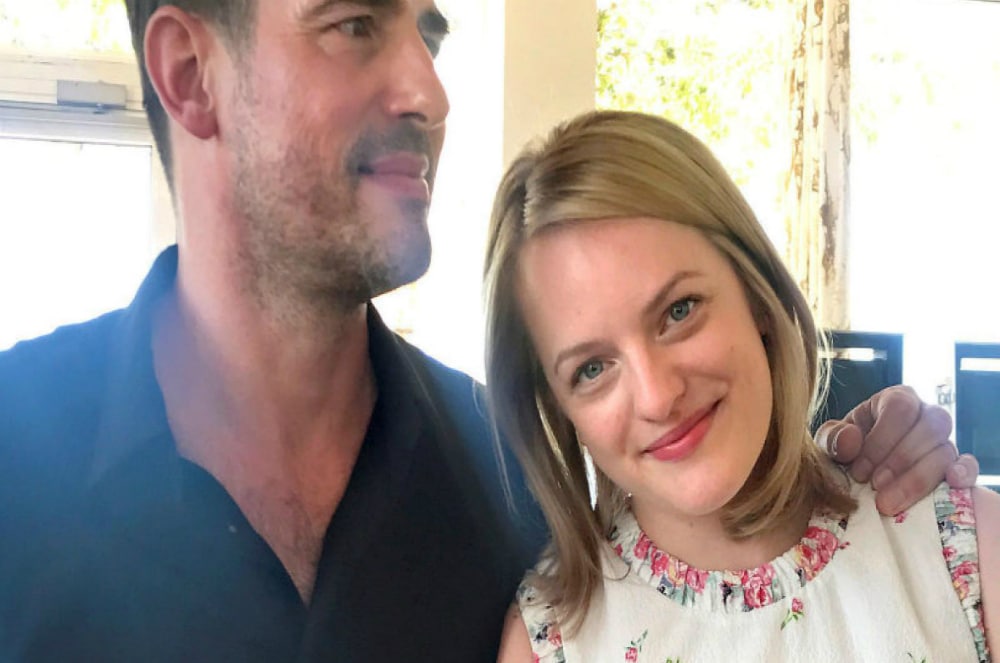 To those lucky enough to have seen The Square at the Cannes Film Festival, it came as no surprise when it was announced as the Palme D’Or winner. Ruben Östlund’s bold follow-up to Force Majeure is a darkly comedic satirical dissection of the art world, our relation to art and to each other in our everyday lives and, well, I don’t want to reveal too much as the film is better enjoyed when you know little about it. It remains one of our favourite films of the year and I know you’ll admire it as well.

During the recent Toronto International Film Festival I was delighted to sit down with the film’s two stars, Emmy winner Elisabeth Moss (The Handmaid’s Tale, Queen of Earth) and Danish leading man Claes Bang to speak about the largely improvised film and the joys of working with one another on such a brilliant project.

I’ve read that the film was largely improvised. How was it working with Ruben Östlund in that sense?

Claes Bang: Well I’m quite used to improvising, probably less so in films and more in theatre. I mean this is extreme. But the fun thing is that there is a script and when you find that you’ve done your improvs, you’ve almost walked around it and come around to exactly the same structure that is in the script already. But working on it in that way has brought you to the authenticity of it. There are scenes in this where you think, “those two actors, they have no clue that there’s a camera in the room”.

CB: In a way, that’s really what he wants to get you at – to really get into the situation and stop acting, just be there.

EM: Yeah. When I showed up in Sweden on my first day, I had read a script previously, and so I asked, “can I have the script?”, just so I could see of any revisions. And I was told no. Ruben said, “no, I prefer you didn’t”. Well, I was told no, and then I asked why. And then I found out it was because Ruben didn’t want me to get too attached to the dialogue in the scenes. But that’s the attitude. Here’s the structure, here’s what we’re doing in the scene, but don’t worry too much about the dialogue. So there is a kind of basic guide. It’s not completely raw.

CB: Oh my god, yes. It’s not like he didn’t do anything. He’s got a very specific idea of what he wants to get at. Absolutely. But he just really wants that authentic thing from the actors, and therefore he allows us and himself to open up to chaos. Those hours where you just have no idea where it’s going, and then all of a sudden it picks up and you’ve got real beauty. I actually didn’t read the script until after I got the part. I mean the casting process had been so long. I had met with him so many times and there were no surprises when I read it. I knew the story. For the second casting session he called me and asked me if I wanted to read it, and I said that the way we’d been working together so far was so great that it was better that I not read it. I tend to have this thing that if I know where the scene is going, I sort of go for the result, and I sort of help the scene go there, instead of just minding my own thing, and then the scene will go there. That’s better than two actors just making the scene go there.

EM: Totally. I see that. Also you have more of an objective feel.

Is there a particular scene or moment of yours and of each other’s of which you’re proud in this film?

CB: I’m bloody proud of this film as a whole. I mean the things we’ve done together, I’m really proud of those scenes. I think they’re really lively. I’m very proud of the scenes that I’ve done with the guy who plays my assistant [Christopher Læssø]. I think it’s like watching two little boys play with that forbidden toy, and I definitely get the feeling in those scenes that you have two actors who really have no idea there’s a camera there. I’m bloody proud of everything in this film, really, to be honest.

EM: Of my own? I like the condom scene just because it was really fun to film. That stuff with the rubbish bin? That was some of the best acting work I’ve ever done. It makes me laugh and it makes me smile when I watch it. I can see the times where I genuinely break and I can see, even if I’m not laughing, I notice where I’m trying not to laugh. *giggles*

CB: It was really, really hard not to laugh filming that. That was in Berlin. Those 3 or 4 days were remarkable. The one day with the monkey coming in…there was a monkey on set.

EM: Yeah, there was a monkey. And you were at the end of the shoot, so you were probably so tired.

CB: And the next day, with the sex scene, it was just endless takes. It took forever. We went to Berlin to do it because there was German money in the film, so we had to shoot something in Berlin. So that apartment that we were in is in Berlin. It could have been anywhere. And the funny thing about it is that we went to Berlin on the third of October. And I remember this because the third of October is the day of the unity of eastern and western Germany, and that’s a bank holiday in Germany. So therefore the German monkey that we were supposed to work with wasn’t allowed to work. So we had to bring in a monkey from France that nobody knew. And they told us that this was a very good thing because the German monkey was supposed to be really aggressive and the French monkey is supposed to be a bit more gentle.

CB: But, you know, the monkey came with instructions. You can’t run, you can’t be loud, you can’t dance…

EM: You can’t look him in the eye.

CB: Anything that might set it off. It’s a wild animal for God’s sakes.

EM: Yeah! And I remember saying to Ruben, “Sooo the monkey?”. It was never said out loud that I was never going to be actually working with the monkey because I wasn’t allowed to for insurance reasons. But nobody actually said it to me. It was just sort of implied. It was very odd. *giggles*

The Square is now available on DVD