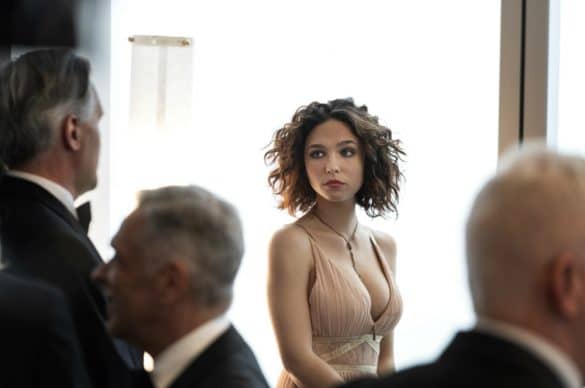 She may be an under-the-radar performer now, but after tonight’s episode of The Undoing, everybody is going to want to know more about Matilda De Angelis. The Italian actress plays Elena Alves, an enigmatic femme fatale who, in a less capable actress’ hands could have been one-dimensional, but De Angelis fully fleshes out her character with pent up sadness, unbridled sexual energy, and an unabashed yearning to be part of the upper class. During the recent Zoom video junket day for the HBO limited series, I had the wonderful opportunity to chat with the lovely actress and the following is a condensed and edited version of our conversation.

*Slight spoilers ahead for the first episode of The Undoing*

Matilda De Angelis: Thank you. I have to say, I was nervous and I knew very little about the project when I auditioned. I did a self tape from home and literally one week later I was meeting Susanne Bier, Hugh Grant, and Nicole Kidman, so I was nervous and intimidated. I think that was really healthy and normal though because it would have been strange the other way around. [laughs] When I read the script, I was blown away by the power of David E. Kelley’s writing because it really keeps you in suspense and makes you think that everything is the opposite of everything, and you never know what’s going to happen next. He’s really good at building and crafting each character, so I think it’s a dream to be a part of a project this big. It’s more than I ever could have imagined for myself.

You said that it was a dream to be a part of this project but wasn’t it also frustrating having your character die in the first episode?

MDA: [laughs] Yes, it was a bit frustrating to die. Yeah. It was a pity to die in the first episode but it’s also very exciting because you’re the face everyone will remember from the beginning until the end. The series is about you being dead so in a way, yeah, it’s frustrating, but it’s also very interesting and flattering, I have to say. They all talk about you. [laughs] 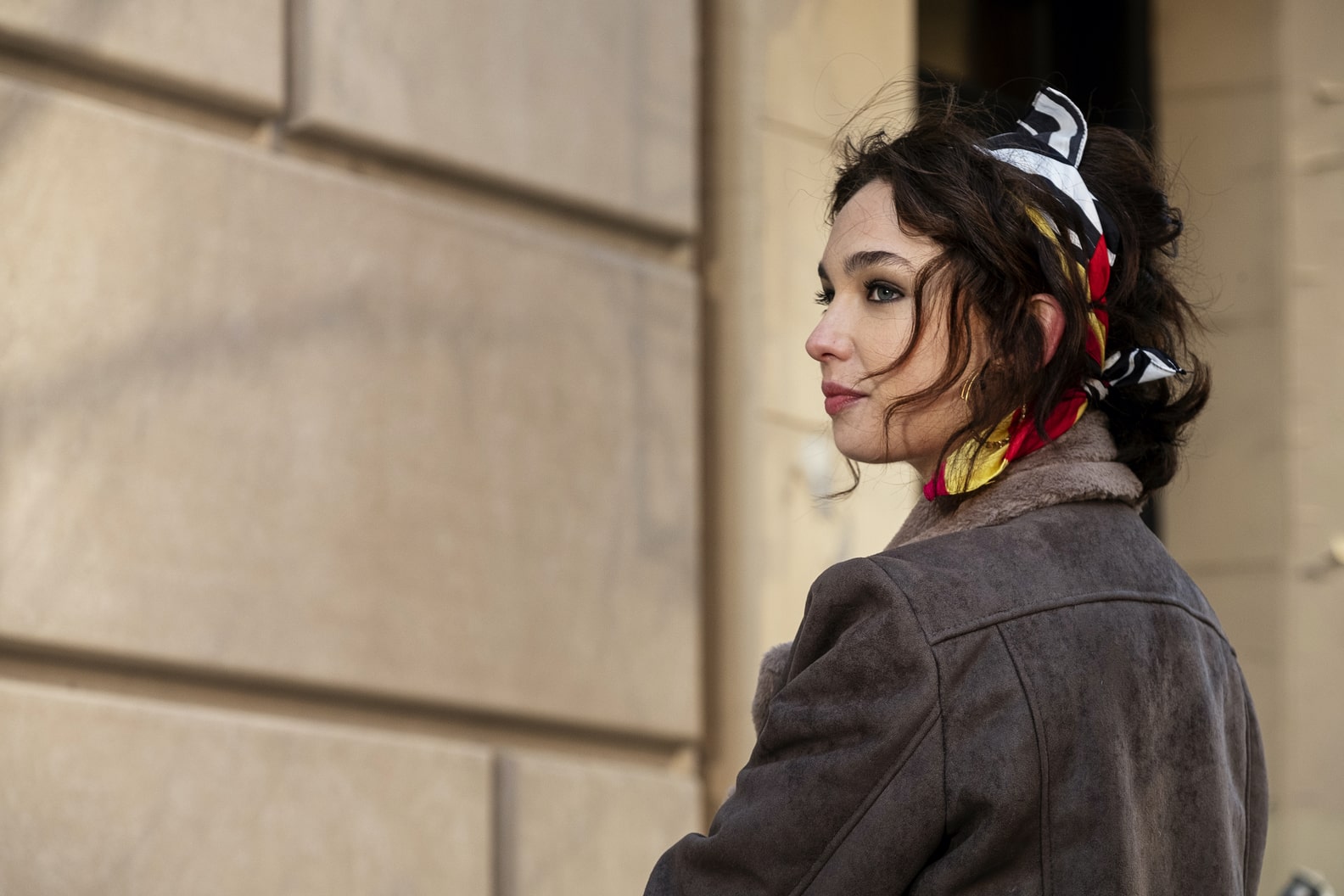 Did you come up with a backstory for Elena in order to understand her better and her relationship with Jonathan better?

MDA: Elena came to New York to make her dream of becoming a painter come true. In the historic moment that we’re living in, we know, more than ever, that life changes from one moment to the next. So at one point her son gets sick and she meets Jonathan and falls in love with him, but I think she has this transference that happens a lot in patient-doctor relationships, and in this case, Doctor and mother of the patient relationship. So she finds herself falling in love with the person who is taking care of her child and she wants a better life for herself in that moment. So I don’t think she’s obsessed with Jonathan, he’s her hero. He’s saving her baby, so there’s a lot more in that relationship. On the other hand, for Jonathan, I think it’s really empowering to have this beautiful young woman attracted to him. I think, in a way, they are obsessed with themselves and at one point, the situation gets out of hand and she’s obsessed with Grace (Nicole Kidman) too because she wants to be a part of her life and wants that life desperately. It’s a very complex relationship between Elena and Jonathan (Hugh Grant) because there are many layers of connections between them.

In the show, the way the viewer sees Elena is through each of the character’s eyes and how they perceive her. So do you approach the character and how you portray her differently based on whose eyes she’s being reflected through?

MDA: That’s really the power of David E. Kelley’s writing because each character reveals themselves in each episode. As it happens in real life, reality is subjective, it depends on our perception of things, and most of the time memories are distorted by our perceptions of things in specific moments of our lives. When we re-think about that specific memory, it can change depending on our emotions and also that memory can change. It’s interesting because when you see Elena through Grace’s eyes, she’s another person than when you see her through Jonathan’s eyes. It was frustrating to die in the first episode, as I said, but Elena is still alive in other people’s eyes.

What was the toughest part for you in bringing this character to life?

MDA: Elena is a fish out of water so on one hand she’s a new Mom at her son’s school, which is a private school, but you see right away that she’s a fish out of water and she’s fighting to integrate and be a part of that world, which is very different from her own world. She’s an artist and she comes from a different social class than the other Moms, so that was an important part in building the character of Elena. She has a constant need to be a part of something that is not yours and will never be yours, and that’s really frustrating and makes you feel lonely all the time. We see her surrounded by men in the crowd but she’s a lonely woman. This loneliness helps you empathize with her very much, and also in her choices, which are not the best sometimes.

What was the key for you in terms of how you went about portraying Elena?

MDA: She’s a really complex character, she’s really mysterious and has a lot of secrets. So the challenge was to make you feel the mystery of Elena, and at the same time, portray her as a simple young mother. Me and Susanne wanted an extreme character and we tried to push her to the extreme all the time. I think it’s interesting because you see that Elena is provocative all the time and you can see her as a simple femme fatale, but her psychology is way deeper and more complicated. She suffers from a mental illness and her condition is far beyond being a femme fatale, so I think that was the way to start crafting and building Elena. I have to say that I was confused about Elena. I still don’t know why I got the part [laughs] because I was really confused about Elena, but Susanne Bier is a great director. She always knows what she wants and she’s a tough one. She would always push me further and further, and she enjoys very much to be surprised by you but she always knows what she wants. She loves actors. She’s always with you and she’s really empathetic.

Was working with Susanne different than your work with male directors that you worked with in the past?

MDA: Yes. Thank you for your question because it was my first time working with a female director and I found it really inspiring. Women have a different look, a different sensitivity, a different way of perceiving things, especially Susanne. She’s really empathetic so she’s always with you in the scene. She’s not a puppeteer, she’s a juggler, and she really enjoys working with you. Especially for the naked scenes, to build this sexual energy of Elena, which is really predominant in the series, I was very comfortable doing it with a female director. 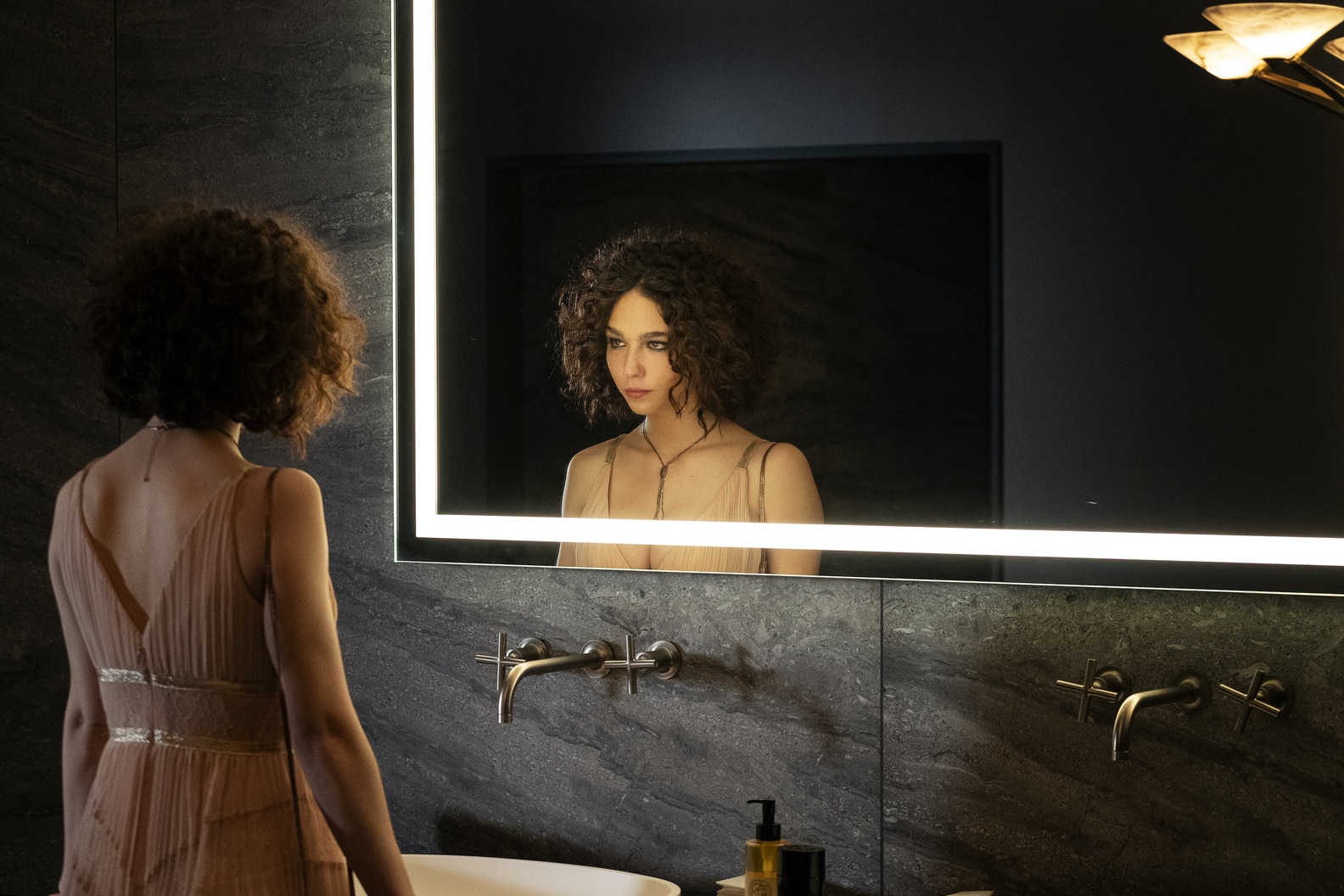 Can you talk a little about your experience working with this all-star cast? What are some of the memories that have stayed with you after working with Nicole Kidman and Hugh Grant?

MDA: All of them were unforgettable moments. I was living in a dream! It was my first time in New York, first time in America, so I was looking at everything with the eyes of a child. It’s difficult for me to describe the emotions. It was an honour to work with Nicole Kidman because she’s one of the greatest actors of all time and I’ve always been a great fan of hers. It was so beautiful to see her acting and performing and to be able to chat with her in between scenes. She was very warm and welcoming with me, and I can say the same for Hugh Grant. We had so many difficult scenes together on so many levels, I have to say, and he’s been such a good sport with me. I was pleasantly surprised to find these big actors being so nice and warm with me.

Do you have a favourite memory from set or down time?

MDA: All of them! It was my first time in New York so I enjoyed the time off set. I was on my own but I really enjoyed that time on my own walking around the city. Seeing this beautiful city, New York is incredible, and I had an epiphany in every part of the city, like a scene from a movie, and it was incredible. I think my last day of shooting was really moving. My agents from Italy came to New York and they were on set with me. We were living in a dream! I think the day I kissed Nicole Kidman was pretty memorable. [laughs]

The Undoing premieres tonight at 9pm ET on Crave