Born in Belfast, but raised mainly in London (Ontario) and Vancouver, Warren Christie is the quintessential Canadian – kind and polite and very caring in our recent phone conversation. Christie is genuinely interested in seeing the success of his NBC series The Village, and he’s positive that we’re going to grow attached to his character of Nick, a veteran who has recently returned from war.

The following is a condensed and edited version of our interview with the lovely Warren Christie.

Brief Take: What’s it been like going out and promoting this series at network events?

Warren Christie: NBC has been incredibly supportive of us from the beginning and they’ve been really good to us. And even the other shows—it really is a family vibe. I was lucky enough to run into different people that I knew from Chicago Fire at a couple of the events and people who I have crossed paths with over the years. I’ve got a friend, Tyler Labine, who is on New Amsterdam, so you get to see everyone and share a really familial vibe at these events from the get-go.

BT: What’s something to look out for on The Village?

WC: It’s an interesting thing because there is so much diversity on set. It’s easy to focus somewhat too much on the age range, because you’ve got Grace (Van Dien) playing 17, all the way up to Dominic Chianese who turned 88 last week. And yet we all like to go out together as a group together, everyone. Some people stay out later than others, but we like being around each other. It’s such a nice show, and it’s got so much heart that I think that it brought together a really great group of people. Mike Daniels and Jessica Rhoades were adamant about setting a nice tone from the beginning and having good people, and we got really fortunate with this group because everyone gets along very well. 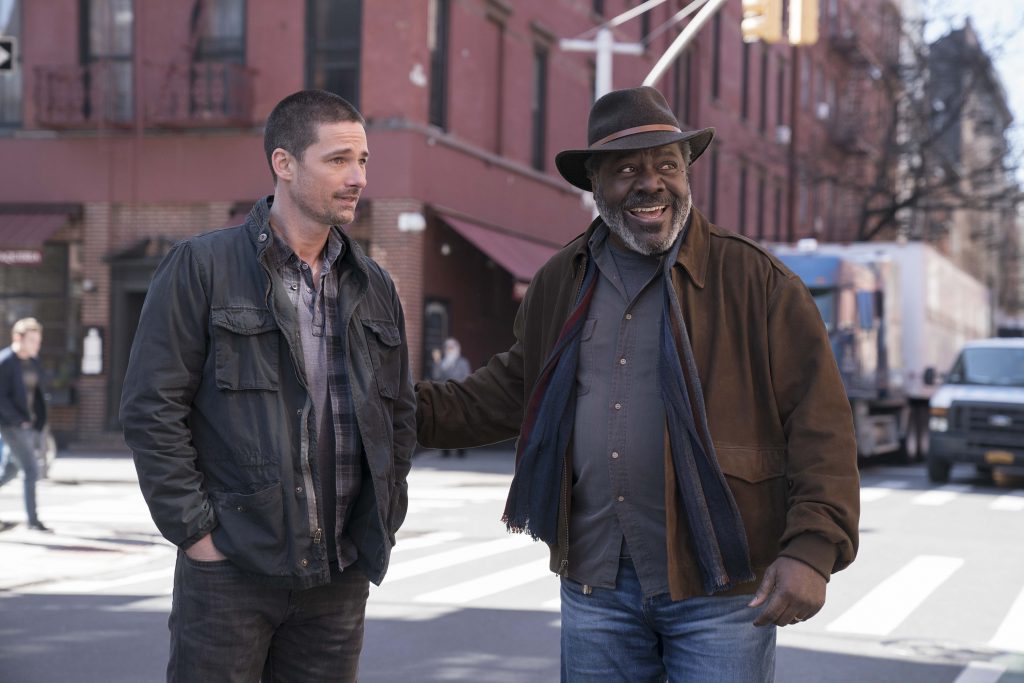 BT: What brings you all together so well as a group?

WC: There’s all sorts of different things, but Mike (Daniels) has brought his kids to swim at my pool in Brooklyn. We spend time together and when you see people and what they are, like fully-formed human beings and what makes them tick, it’s the connection and caring about that person, I think hopefully transfers onto the screen. We walked in, day one, which was just over a year ago, and we all said hi to each other and sat down and read this thing, and it was so nice to hear the voices and you could already start to picture it, and everything kicked in to place. Mike and Jessica had us go out and we did this thing that night, which is that we all made dinner together. We tried to make our own pasta and it was so hands-on, and it was so inclusive. We were all mixing and chatting and getting to know each other, and you could just tell right away – it is a good group of people. Everybody was there for the right reason, and everybody loved the script, and I think that kind of set the tone. A year later and they are some of the best people I’ve ever met in this industry—and I have been fortunate enough to have worked with great people – and I would put this group up against any of them.

BT: What was it like shooting the series in New York City?

WC: Being in the town and getting to shoot in New York is obviously very special for a lot of reasons. But most importantly, in front of the camera, everybody says this, but it’s like its own character. We’re shooting a series that takes place in Brooklyn, but we’re shooting in Brooklyn. Most of us live in Brooklyn, we live a few blocks from each other. It’s an important thing, as you can try to fake New York, but that energy and that feeling and there’s certain things that are so New York. It’s great to be able to pepper them in and have people realize that it’s an important part of it. Lorraine Toussaint,  she’s great at talking about it because she’s a true New Yorker, and that diversity plays into it, but yeah, once in a while we get to do certain shots and I look around and think “Wow. This is pretty special”. 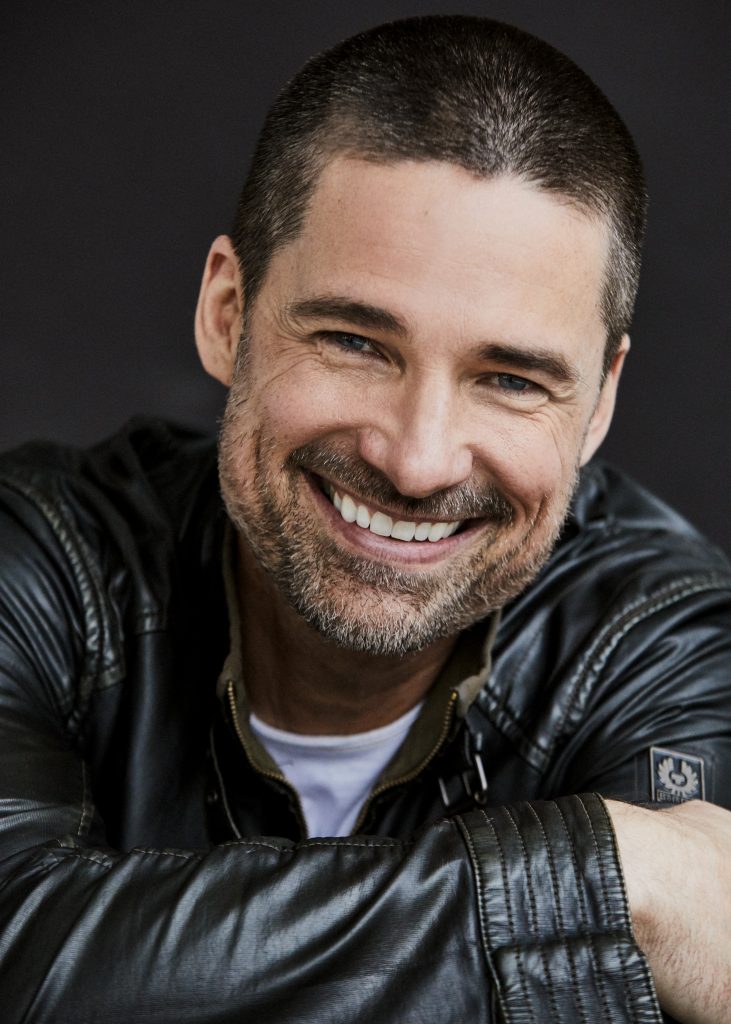 BT: What is something that you got to show off on this series that you hadn’t done before?

WC: Obviously I feel a big responsibility playing a veteran. It’s not something I take lightly and we’ve done as much as we can to be authentic and to put as much integrity as we can into it. As the character goes along, he’s dealing with a lot, and I think that it’s important to show both sides of it—the strength and the struggle, men and women all the time are dealing with this. Veterans who are coming back pick their lives up where they left them and it’s not that easy, so what came with that was a responsibility.

I would say that I had a stretch in which I seemed to pop in to shows to kind of cause trouble, or to create a love triangle or to throw off things a little bit. You know what?  I’m not going to lie. Those are fun too. [laughs]  Chicago Fire, it was such a great group and welcoming. I joined a series called The Catch in the second season and they were really incredible. So I haven’t had bad experiences with that because I’m kind of the new kid in school a little bit.

BT: As a husband and a Dad, you seem like a natural fit as a leader of the cast.

WC: Well this family dynamic really quickly created itself and it’s a really supportive group. I know it sounds like everybody says that type of thing, but I really enjoyed my time with everyone because it’s a really special group. It was really incredible. I’m always excited to work with anybody in the cast because we have a lot of different characters and everybody was exciting and different in their own way. [laughs] I hope that people enjoyed their time with me as well. I think that I treat everyone with respect and always try to have a little fun as well, so it was good. 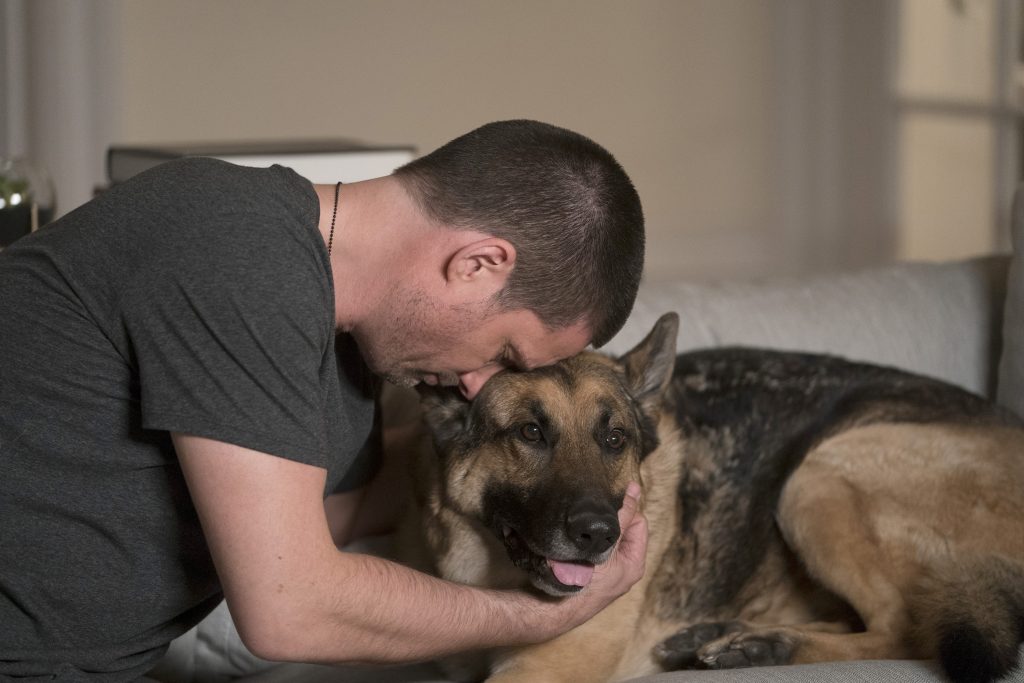 BT: As an athlete growing up, are you still a big hockey fan?

WC:  As a Canadian, I am a huge hockey fan, as stereotypical as it sounds. I may have to expand my horizon a little bit. [laughs]

BT: Well NBC is the broadcaster of the NHL in the United States…

WC: At the Upfronts, I was pretty excited about that. [laughs] Coming from Vancouver, I’ve got to pull for the Canucks, and I like what they’re doing and seeing, but a lot of the time I just love going to see different arenas. I gotta tell you, I didn’t get a chance to do anything this year, but hopefully if anything happens and we get to do a season 2, I’ll have to start dragging my castmates there and get them into it. I’ll trick ’em with booze, like “let’s get a beer!”, and the next thing you know I got them at the arena. Boom! [laughs]