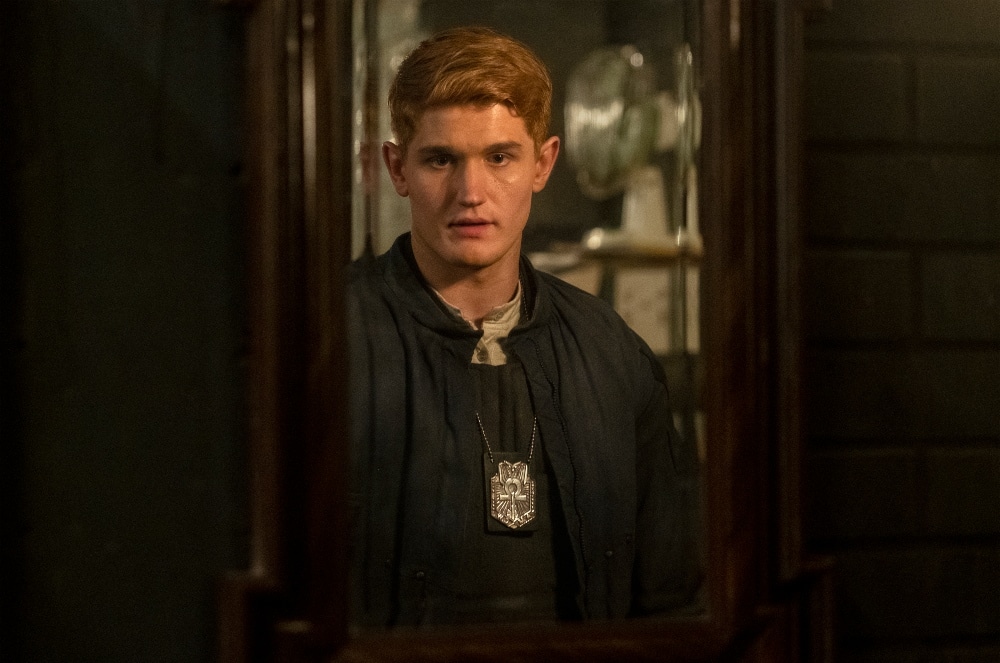 On a show like The Watch, in which magic and fantasy creatures exist and City Watch Captain Sam Vimes is played by the expressive Richard Dormer, one needs to stand tall to stand out. The BBC America series luckily has that in the form of Northern England breakout actor Adam Hugill as Constable Carrot, raised as as dwarf, but unaware that dwarves are typically not his height. The Watch is a CSI-like procedural in which crime is basically legal and yes, there’s a talking sword. During our sit-down chat over Zoom, the multi-talented Hugill also gave us some clues about his yet to be announced major project.

The Watch airs on Sundays at 8pm on BBC America