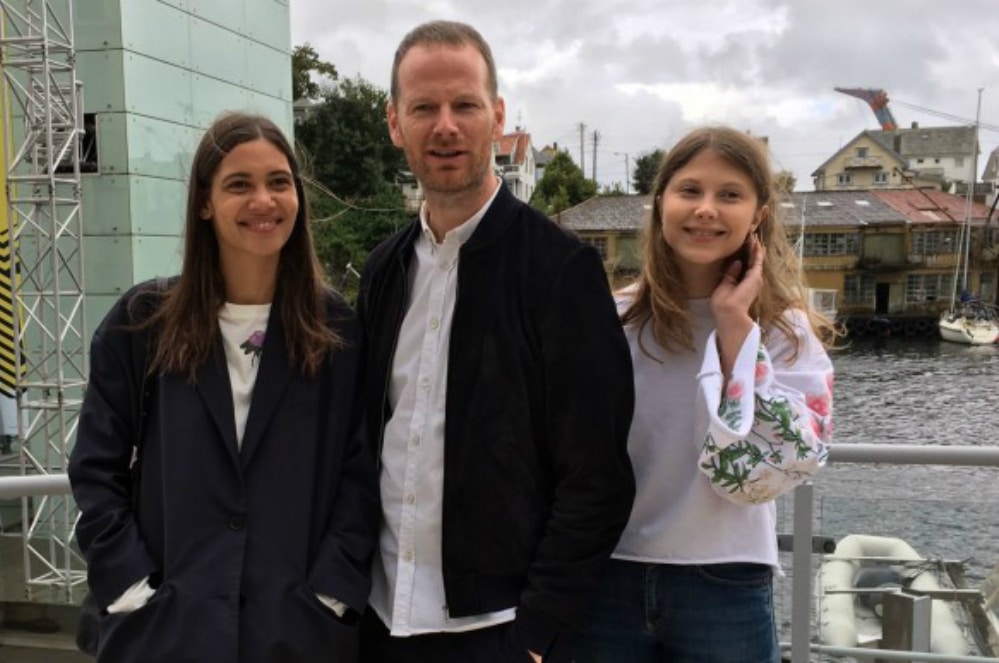 One of the most interesting experiences we had during TIFF was the opportunity to interview Joachim Trier, Eili Harboe and Kaya Wilkins from Thelma. First of all, the film is great and represents a real leap forward for director Joachim Trier, who makes a chilling film, and his two actresses were game for the challenge. Secondly, the experience of doing a Monday morning roundtable while the trio were eating breakfast was an intense experience, and yet it befit the film perfectly.

Here is an edited version of our conversation with Trier, Eili Harboe (who plays the eponymous Thelma) and Kaya Wilkins (who plays Anja).

How did you create a safe space during production of this intimate film?

You didn’t actually know each other before making this movie, did you?

Eili Harboe: I met Joachim a couple of times, briefly.

Joachim Trier: I’d seen Eili a few times in roles she had done before, and just thought she was a star already. I didn’t understand why she hadn’t been put in any leads, *laughing, so for Thelma, I went through a strange process of meeting hundreds of girls, but I kind of  knew, okay, now we meet Eili and that was it right there.

EH: I was a great admirer of Joachim’s work, and I got to know that he’s a very gentle man, and a great person as well. So we had a very nice dialogue throughout the process.

We really liked the ambiguity at play in the movie.

JT: Throwing the whole discussion of religion into it is almost a Freudian perspective, which I enjoy. *laughs* If anybody looks at their parents, most parents are very un-perfect. But I still feel like there is a logic to what they do, and from what perspective do we judge them? We’re allowed to judge them in the film, of course. It’s a very extreme story, without revealing too much to the viewers.

EH: There are a lot of different takes on the whole debate, and that’s the good thing about films in general.

What was your approach to framing Thelma, Joachim?

JT: It is slightly more aligned with my approach in Oslo August 31st than Reprise and Louder than Bombs. They’re more essayistic in a way and more montage-driven, where the presence of a character that kind of defines the scenes in most situations, and have a limited plot structure around them, where the mystery becomes what they are exposed to, individually. I think what we are playing with often is the conflict between the objective and subjective gaze, and in this one, behind the objectified gaze is the sort of all-knowing gaze from above.

For example, elements that are not eye to eye and human, like we’ve done in the past. I think that element is kind of a new thing for this one. The presence and close-up driven and being able to feel and sense Thelma, and being able to be drawn into her interior, and a lot of it has to do with Eili, to be frank. It’s about the performance and positioning of camera.