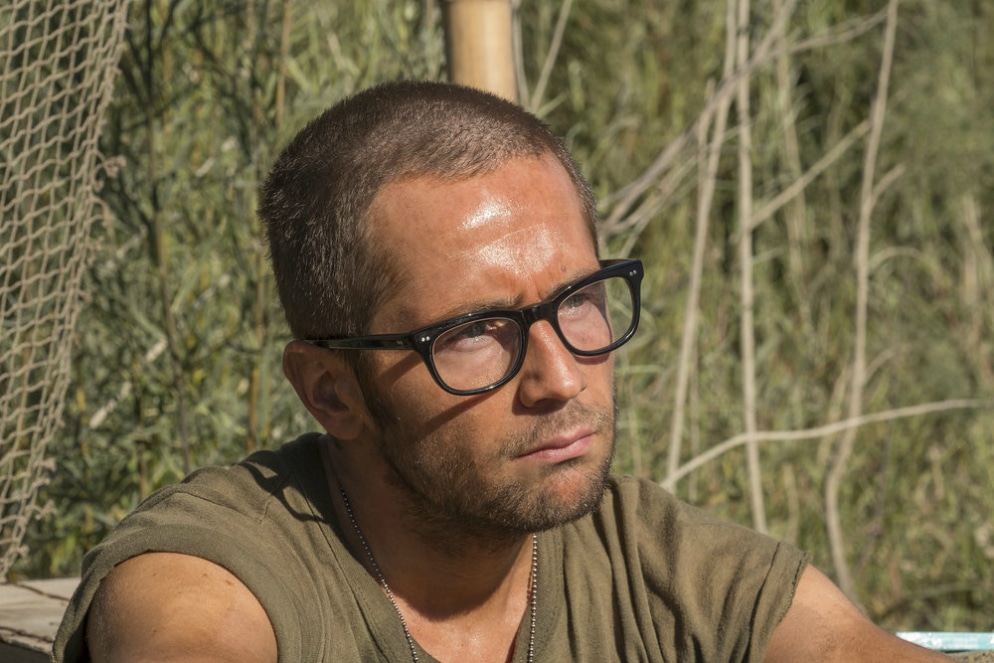 Last season on This Is Us, everyone wanted to know ‘how did Jack die???’, and this season the writers have got all of us loyal viewers (and there are MANY of us) wondering ‘what exactly happened to Nick Pearson in Vietnam???’. (Don’t get me started on the fan theory that Nicky is still alive in the present day – a theory that I believe to be true too, by the way). In last night’s episode, ‘Six Thanksgivings’, we saw and heard more from Nick Pearson and got a clearer understanding of the emotional and mental toll the war in Vietnam has taken on him.

This afternoon I had the exciting opportunity to chat with the multi-talented (and incredibly humble) Michael Angarano (who portrays Nick Pearson on the hit show), and the following is a condensed and edited version of our phone conversation.

Brief Take: I wasn’t surprised to read that your family owns and operates dance studios because you have a real dancer’s way of moving on This Is Us. I find that the way you move your arms and shoulders is very poetic, like a dancer.

BT: Being in Vietnam must have given you so much perspective on all the research you had done for the role.

MA: Well I didn’t really shoot there. Milo (Ventimiglia) went and Justin (Hartley) went, but I shot most of my stuff on location in California, outside of L.A. But it does feel 100 per cent like a different world and it makes a huge difference not shooting it on a soundstage somewhere. It feels very real and extremely authentic. A couple of the consultants who work on the show actually lived in Vietnam in war time and they said that it feels extremely close to what it felt like back then. It’s an amazing crew and especially with this storyline, they really wanted to do it justice. I think that Dan Fogelman set the bar. He decided that if they were going to do a Vietnam arc, they needed to do it right, and you can really tell. 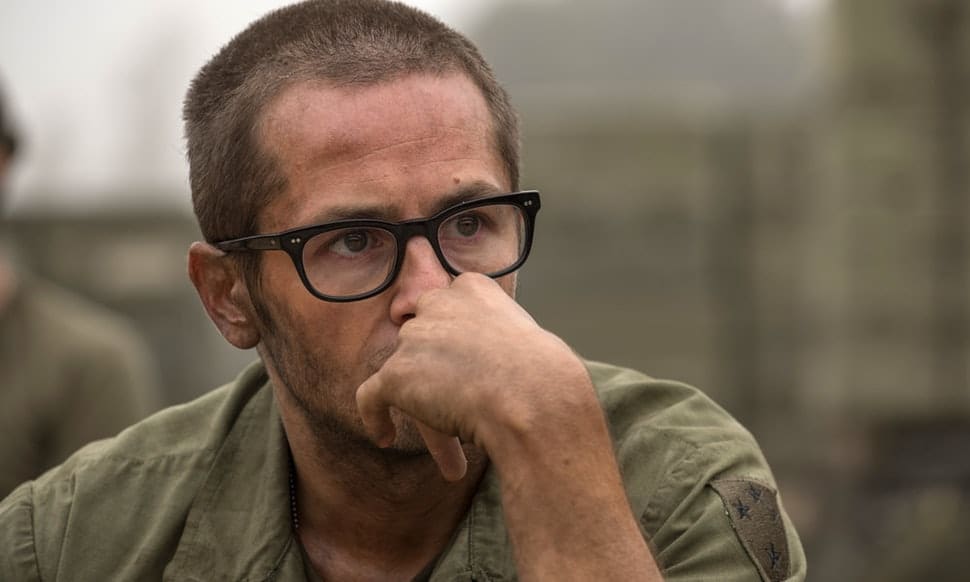 BT: I read that you had in-depth discussions with Tim O’Brien and had read his book (The Things They Carried) closely before filming. Tell me about working with him.

MA: When I heard that the writers were working with Tim, that made me realize how seriously they were taking this. The Things They Carried is one of the seminal books on Vietnam, and all of Tim O’Brien’s work is incredible. When I first read that script that was co-written by Dan Fogelman and Tim O’Brien (the ‘Vietnam‘ episode), it read almost like an adaptation of Tim’s book. It was so rich and especially insightful for me because there’s only so much reading and research I can really do. I don’t have that experience. We don’t have anything like the draft lottery now and there’s nothing I could really relate that feeling to, of having your future taken from you and placed in a foreign land that you’ve never seen or heard of. Now we can look up pictures and Google pictures of Vietnam. Tim’s writing and him being on set really helped me put it all into perspective to comprehend what that must have been like to be 19, 20, 21 years old and ship off and be changed forever, really. So that was extremely helpful to me and really important to talk to Tim and pick his brain about all of that.

BT: Your dynamic with Milo on screen is very integral to the story as well. You shared one scene with him in Wild Card and he’s spoken publicly about his admiration for you as an artist. What was it like reuniting with him after all of these years and crafting such a lived-in, incredibly believable brotherly chemistry with him?

MA: It was one of the most special parts of this experience for me, working with Milo. I admire and respect him so much as an actor. Seeing how he holds himself and conducts himself on set, he really is the patriarch of that set. He has taken on a lot of responsibility and he cares deeply about the show and the people that work on the show. It was incredibly grounding and inspiring working with him. I think it’s one of the things that I really enjoyed the most – working with Milo. I think we were really able to develop a respect and bond with each other that was necessary for these two characters. 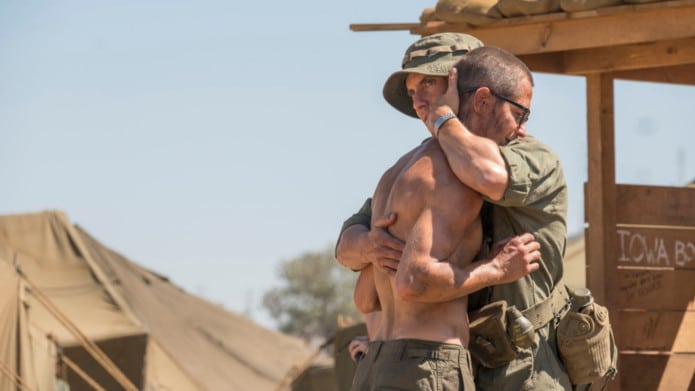 BT: You got to reunite with your Lords of Dogtown director, Catherine Hardwicke, for the episode as well.

MA: I love Catherine! I’ve known Catherine since I was 15 years old. We did that movie together and we’ve kept in touch over the years. It was a really special moment for me when she was directing that episode because I felt like I had changed and grown as a person and as an adult and as an actor. So having her there…you know the stuff that we’re doing is really demanding and challenging, and I’ve learned that it’s really important that you take care of yourself and you surround yourself with people who are really able to take care of you when you’re doing stuff like that. You tend to take this stuff home with you and having to go to these places, it requires a lot of care and delicacy. So having Catherine there through some of those scenes was really, really nice.

BT: A take on the SAT question from the episode – who do you look to for inspiration?

MA: I’ve always said how lucky I am to have my family with me. We moved to California when I was 12 years old and we’re all really, really close. My Dad is sort of my best friend and I’m extremely close with my mother and my siblings. I also have a really close group of friends who are actors and non-actors, and it’s important to have people who are there for you.

BT: Your feature film directorial debut, Avenues, which you also wrote, was very positively received. Do you want to return to writing and directing?

MA: I’ve always known that I was going to dabble in writing and directing. I’ve been writing since I was a kid. I actually remember writing stories when I was in school in sixth or seventh grade. I knew I wanted to direct from the time I was 15 or 16 years old, when I really started to delve in and really started to understand film, when I started watching Buster Keaton and Charlie Chaplin. It was something that I realized that I wanted to do with my life. Also, having done this for so long, I love acting more than anything, and it’s truly the passion in my life. Writing and directing seems like a necessary step in accepting a little more creative responsibility, so to speak.

BT: Tell me about your film, In A Relationship. What’s it like being in an (on screen) relationship with Emma Roberts, so to speak?

MA: Well we’ve known each other for a really long time, so similar to my relationship with Milo. It really helped the film and it really helped us playing this couple. We were able to hit the ground running because we already knew each other so well. Also, I’d been friends with (In A Relationship‘s director-writer-producer) Sam Boyd since he was in NYU. I had read every draft of the script back when it was a short film. I was in the editing room with him every week and the editor, Max Goldblatt, had also edited Avenues, my film. So it really was a creative group effort where I felt really proud to be a part of it because my friend, who’s younger than me, created it and that’s really nice. Sam has been talking about making a romantic comedy, that’s a very atypical romantic comedy, for a really long time. So watching him, and being a part of the movie that he wanted to make, was really inspiring. 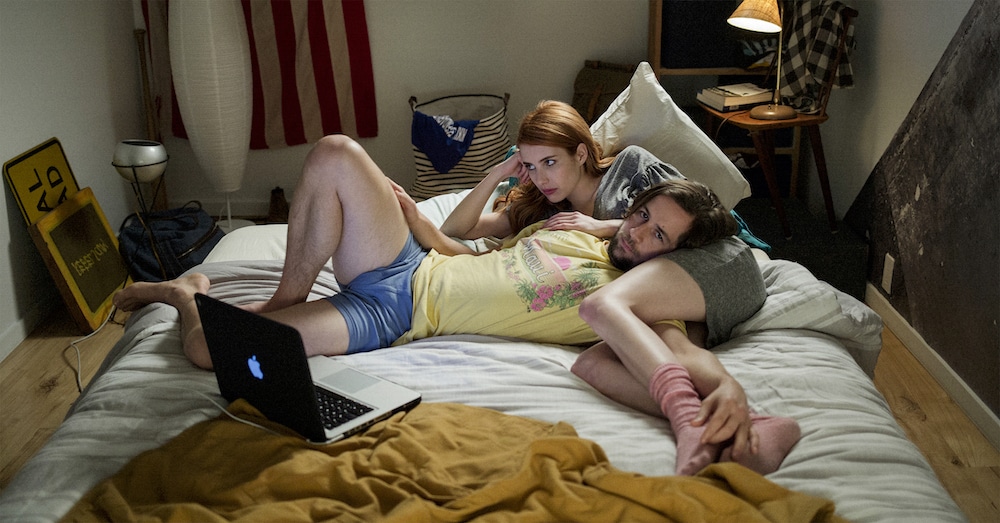 BT: What do you hope people take away from your arc on This Is Us this season?

MA: I hope that people see and start to understand what it was like, not only for Nicky, but for the young men who served in Vietnam and who are serving overseas. This war in particular was a very polarizing and horrific one. There are a lot of similarities between then and now. I think that somebody like Nicky is not really cut out for war and he’s a little bit of an example of what that could possibly be like.