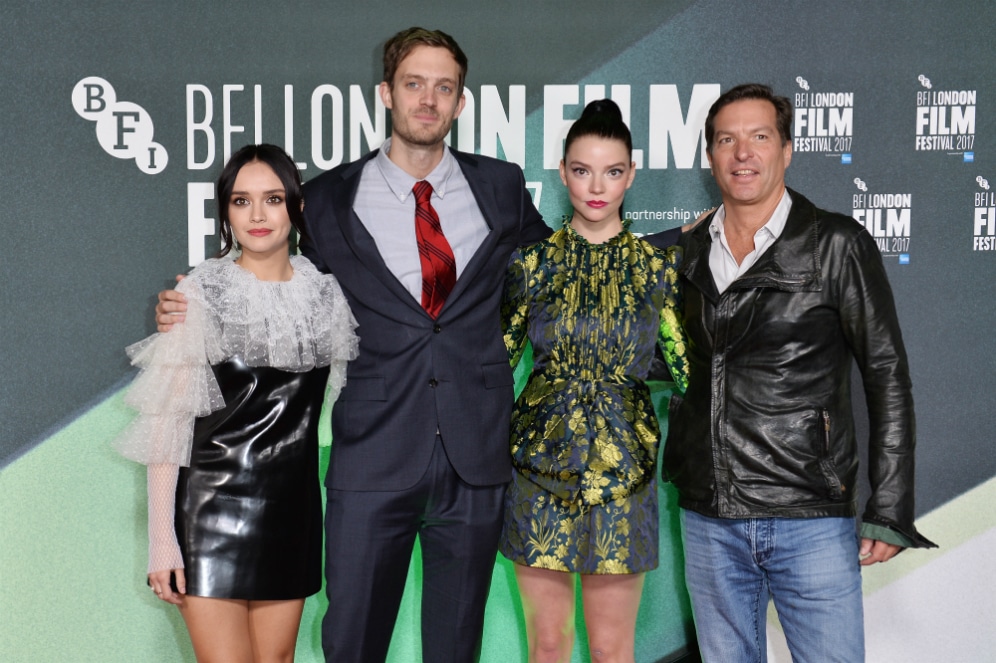 I had the wonderful opportunity to sit down on a sunny Sunday morning (following the film’s Toronto premiere at TIFF Next Wave) with writer/director Cory Finley to chat about his unforgettable film Thoroughbreds.

The following is an edited and condensed version of that conversation.

Brief Take: You’ve had a super busy and successful year bringing this film to several high-profile film festivals, including Sundance.

Cory Finley: Yeah! I’m not a huge traveler usually, so I love having excuses to go places. It was very cool. I stuck around Park City for a full ten days and just saw as much stuff as I could. I liked a ton of stuff there, such as The Big Sick, me and everyone else I guess. I also really liked this movie called Lemon. It was a really bizarre and intensely cringey comedy. I also liked Brigsby Bear. I was just doing a top ten of the year list and my favourite movie was Raw, the Julia Ducournau movie. It famously made people faint at TIFF. I think that movie is just brilliant and I think it got a certain reputation from the reports of the fainting. I think that narrative kept some people away from the movie who would have really loved it. It’s a gruesome movie but it’s not Saw or Hostel. It’s one of the most amazing debuts I have ever seen. Very disturbing but also very poetic and very beautiful too. I also really liked Good Time, the Safdie brothers’ movie.

BT: Since Thoroughbreds‘ premiere at Sundance, the film has been compared to a wide array of other classics, notably Heathers, Heavenly Creatures and American Psycho. What’s been your favourite comparison to read and were there any cinematic influences that you drew on when crafting the film?

CF: Yeah, those are always fun to read. I’m flattered by almost any of those comparisons because so many of those are movies that I’ve loved or were important to me at one point in time. It’s funny, Heathers is probably the most common comparison that I’ve heard from friends and the press, and I hadn’t seen it in ages. I actually went back and re-watched it this last winter and it’s so much more extreme and out there than I remembered. It’s kind of awesome. But I like that one and I love American Psycho. I think it’s still an under appreciated movie and a really good one.

When this was originally a play, for whatever reason there was less of a comp, as they say in movies, and less deliberate talking about other works that it sort of shares its DNA with. In terms of playwrights that inspire me, the school of Harold Pinter – mostly English but also American playwrights that were into very meaningful, menacing silences and very little information being given out, and keeping an aura of mystery and menace for as long as possible. So Harold Pinter, an amazing playwright named Caryl Churchill, and there’s a great American playwright working now named Annie Baker, who is just awesome and won a Pulitzer recently. Then for film, I mostly thought about classic noir such as Double Indemnity and The Postman Always Rings Twice. Then we talked a lot about The Shining, which my film shares a tone with. And just technically with the way they use the Overlook Hotel and it’s become a film cliché but it’s like another character. That’s such a great example of a movie that really has one location but it’s a movie that moves so beautifully and has so much movement through the hallways and great steadicam shots. We were definitely cribbing that from The Shining. *laughs*

CF: Great. Thank you. We talked a lot about heightened lighting and we felt like the story sort of slides from an anxious type of realism to something much more genre and crazier. So we wanted the visual look of the movie to match that. As the movie went on and as we got more into Lily’s perspective, rather than Amanda’s, we started using more stylized coloured lighting. So the opening has more daylight and more natural lighting colours, more blues, and then as the movie goes on we made it darker and shadowier. There are two scenes of the girls on the couch watching tv and the first has this gentle, warm, orange-y glow to it, and the last has no light other than the tv screen itself, which is sort of flickering in light blue. Lyle is a master with stylized lighting and that was really fun and really cool to play with. 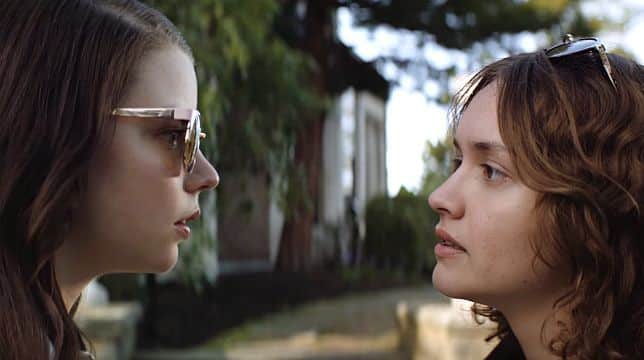 BT: I heard from friends who went to Sundance that there was a lot of karaoke during down time of filming this movie. What were some of the go-to karaoke songs?

CF: Oh that’s amazing that you heard that! *laughs* Yeah we found this really great karaoke dive bar in Cohasset, where we shot the movie, and everyone sang. My song choices were really embarrassing because I actually sang in an acapella group in college, but I can’t actually sing, yet I have a leftover delusion that I do know how. I liked to use the falsetto a little, so you know the Seal song Kiss From A Rose? That’s kind of my go-to. *laughs* I remember everyone was so surprised. Olivia does an amazing Cher actually. Her Believe by Cher, you know the early autotune song? It’s amazing. Anya and Olivia sang a couple of songs together and it was a great way to bond.

BT: I read that you had very lively talks with Anton about some of his favourite film noir movies.

CF: Yeah! Early on, when we started talking about his character Tim, we were talking about the Peter Lorre film M, a great old thriller. He wanted to bring in certain aspects of Lorre’s performance from that movie, but then there was also a remake of M, that was made in the ’50s, that he also thought was useful to look at. He also collected blu-rays of restored black and white films, and he just knew everything about movies. He was very specific about finding the large collection of films and performances that he could borrow things from. He was not only a great actor but also an admirable student of the craft.

He also always had his camera with him so he took some amazing photographs of the people in Cohasset, like great great photographs! He had this ability to approach strangers and charm them and put them at ease before posing them for photographs. He was definitely a special guy.

BT: Your upcoming film that you adapted from a novel, Burning Rainbow Farm, can you say anything about that project or is it still under wraps?

CF: Yeah I can’t say much because it’s still in the early stages but Lenny Abrahamson is directing it and he’s a guy I’ve admired for a long time. I love all his movies but I’m particularly moved by Room. He’s been awesome to work with and it’s my first time writing a project for another director.

BT: You’d like to return to directing too, I presume?

CF: Oh yeah! I’m also working on a script that I’d direct and I’m also attached to some scripts from other writers. Nothing has been announced yet but it’s stuff I’m definitely very excited about.

Thoroughbreds is available on Blu-ray and DVD on June 5