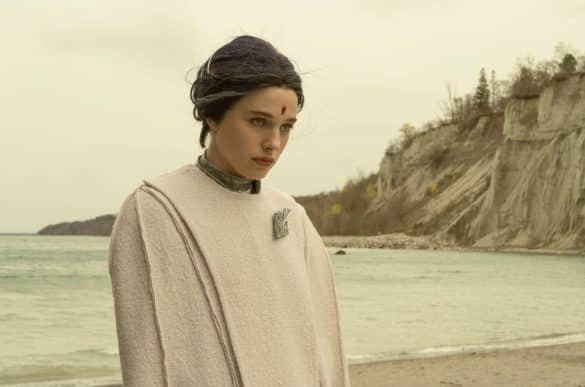 After a brief spell to recharge in Themyscira, Teagan Croft’s Raven (AKA Rachel Roth) returns to the gritty DC series Titans in a big way in season three. Far more in control of her powers, this scion of a demon and a human demonstrates real growth in the Toronto-shot series, in terms of the character, and, simply, that this teen titan is much taller than previously. Croft hopes one day that there may be a “Croft’s Law” as she is a self-proclaimed mathematics scholar. What is already known is that Croft is making it happen in the industry and during our recent Zoom video interview, Croft reflects on what this growth means to her, back at the series and on her progression. The delightful young rising star has an exciting movie in the pipeline as well, the Netflix sailing biopic True Spirit. Croft, the lead, recently filmed the movie in her native Australia. We sat down with Teagan Croft on the evening of the powerful season finale of Titans, since renewed for a season four.