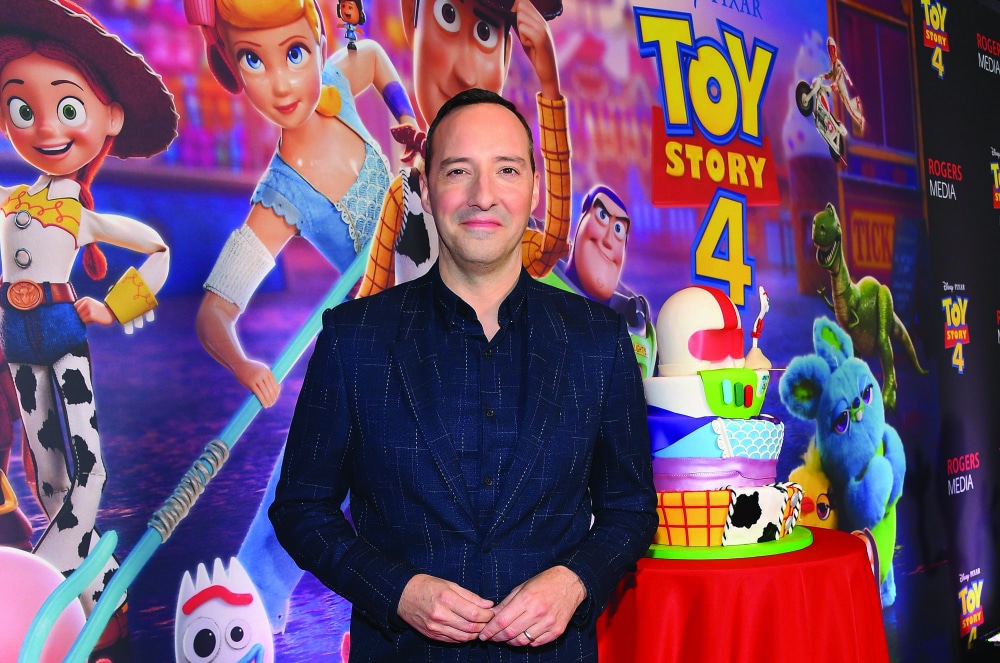 There is a song for children that includes a line “When your friends are my friends and my friends are your friends”, and singing this song to ourselves prior to our roundtable interview with Emmy award winner and talented comedic performer Tony Hale is how we knew it would go swimmingly.

You’ll see what we mean later in this interview piece, but in the meantime, can we just say how much we enjoy the character of Forky in the Disney and Pixar movie Toy Story 4?! We’ve enjoyed Hale’s work in Love, Simon, Stranger than Fiction, Arrested Development, and of course Veep, but his work in this film is probably his most layered performance to date.

The following a condensed and edited version of our sit down with the animated and delightful Tony Hale.

Tell us about getting into the mindset and character of Forky.

Tony Hale: If I’m honest, I feel like I connect to Forky and in many ways still connect to Forky because he asks all the time “why am I here?”, and I always feel like I’m questioning “how did I get here? “. He’s overwhelmed, I’m overwhelmed by this whole process.  He just has this childlike wonder to him that is a blank slate. Everything is new to him; somebody says “Bo Peep” to him and he says “what’s a Bo?”. He doesn’t understand the rules of the universe. They all drop to the ground when the humans walk in and he has no clue why anyone is doing that.  I love that he is this big sponge/spork/popsicle sticks.

I think it did help that I was coming from Veep where felt like my character was just all these odd noises that Gary would make. Selina Meyer would not let me speak, so I just had to speak in these grunts and moans. For lack of a better word, I was called this mime, but a worse way of saying it, so I think I brought a lot of that into Forky, these grunts that would happen. so I had a lot of practice on Veep. But it’s tricky because with comedy you’re used to using your physicality, you’re used to using the non-verbal, an eyebrow up or a look or some small thing, and when you just have the microphone it’s intimidating at first. You’re just like “how do I channel all of that into just what they hear?”. But then the more you do it, you learn how to use your physicality while you’re doing it, to hopefully have all of that energy going into the microphone.

Forky’s only physicality is his arms. They’re these pipe cleaners with flexibility, but everything else can’t really move. He doesn’t even have control over his eyes. And his feet, bless his heart… One of my favourite visuals is him and Woody walking down the road, where Woody has this incredibly confident stride, and Forky is just getting dragged down the street. I would like to be held by Tom Hanks. I would want to be dragged down the street by him and cradled by him, any day. 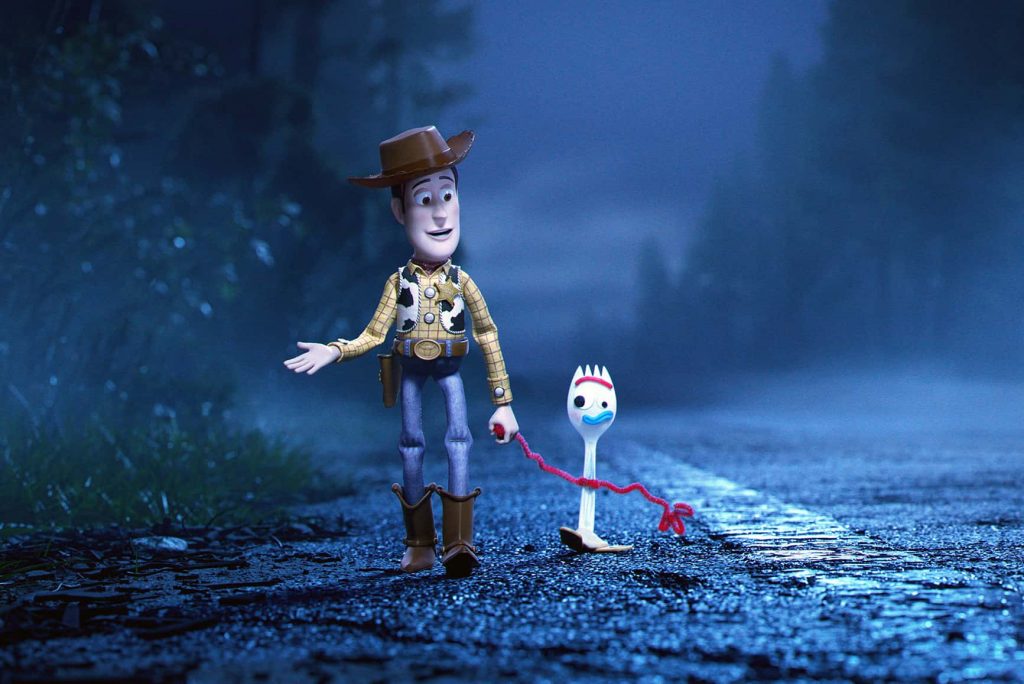 Can you talk a little about how you got involved with the project?

TH: And another way that I relate to Forky is that I felt like I had the imposter theory coming in, where I was like “someone is going to figure out that they made a mistake and that I’m about to get Punk’d, Ashton Kutcher is about to come in. But the process is that I heard that they were interested in me, which made me think “what?! this is crazy!” The cool thing is, side note, the first Toy Story started in 1995 and that was the year that I moved to New York to become an actor. And I remember seeing the movie and being like “this animation is on another level”, and I never thought that I’d be a part of this franchise.  But they brought me up to Pixar, which is crazy because it’s just wonderland, and then they just started describing him to me. They said “we thought of you. He has this neurotic energy” and I was like “check!”. And the cool thing of what Pixar does is they create this community family environment. But they really just broke down, not only how simple he looks but he just sees the world so simply. I just thought of my daughter when she was just four or five, she had soooo many questions – just one question after the next, and just constantly absorbing everything around her.

When we spoke with Anna Chlumsky and Paul Walter Hauser, they both singled you out as a very collaborative person to work with. Yet with this film you were building a character with just yourself and the film’s writer/director Josh Cooley in the booth with you. Tell me about flexing those muscles as a performer.

TH: Paul just got that Clint Eastwood movie. Isn’t that so exciting? In terms of this movie, it is weird because you give off a certain energy when you’re working with another actor. I will say that one thing I really appreciated about Pixar, is that typically when you do animation you’re very set apart and there’s a sheet of glass between yourself and the creators. You have your headphones, you do your lines, and then everything goes silent. You see these mouths talking about you and this wave of insecurity comes over you and you think “did I do it right? did I not do it right?”. But Pixar keeps you in the same room as the directors and the writers and the producers, so you feel like you’re part of the collaboration and like you’re not so set apart. They know that you’re not with the other actors, but at least you feel like a part of the process. That really helped me have ownership over being in the story, you know?

TH: Oh man, what didn’t I like about Forky?! I love the message. It’s not only just this visually stunning and funny, of course you find yourself crying by the end because it’s so emotional, but the whole journey of Forky who really saw himself as just made for trash, after helping people eat chilli, that was his through line. Woody comes along and says “you have a bigger purpose that that. You have value”.  I just think what a beautiful thing to put out into the world. If anybody sees themselves as “I can only do this. I’m not made for much.” – No. They have tremendous value. Everybody has tremendous purpose, and I love being a part of that.