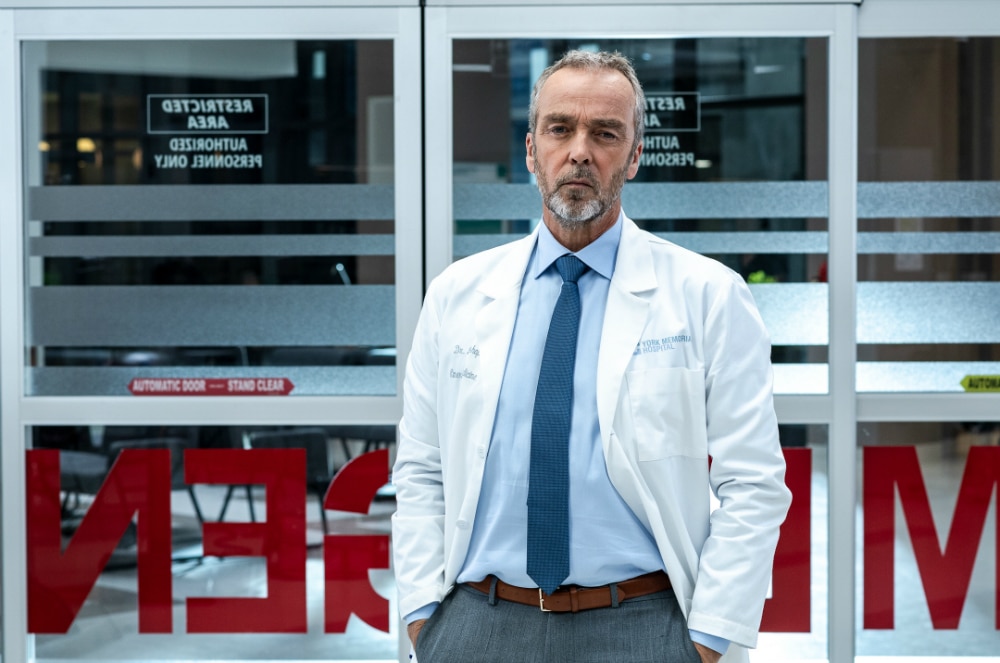 While there are a number of doctor shows on television, just one has the acclaimed John Hannah as a part of its cast, and this is Transplant. The series, from CTV and NBCUniversal International Studios, is a modern immigrant story wrapped in a medical procedural. It follows Bash (Hamza Haq), an ER doctor who flees his native Syria to come to Canada, and in the pilot episode, comes into close contact with Hannah’s Dr. Jed Bishop, a complicated character.

Speaking with Hannah from his home in London, the Scotsman was an engaging presence in our lengthy phone interview. We are pleased to share a condensed and edited version of our chat with Transplant‘s John Hannah.

Brief Take: How did you get involved with Transplant?

John Hannah: It’s always a mystery to me, Charles, [laughs] how anyone gets a job. Although I think generally the international community is smaller than we imagine and I think if you’re lucky enough to have some sort of profile in it with Dirk Gently or Agents of S.H.I.E.L.D. or any number of other things that the writers, the producers, the creators, may have seen in the past. I think the casting process is always a bit of a mystery. But I imagine there’s various dialogues around what kind of character it is and what the options might be – generally, I imagine, there’s usually more than one option in terms of which direction you may go in in terms of how people might work together. At some point during that conversation, your name comes up and a phone call is made and that’s the start of the process. You read the script, you have a conversation, and I liked the script very much. I thought it was a very original take on that whole journey that Hamza (Haq) goes on. I thought it was really interesting for the time and it was interesting that it was the Canadians that were ahead of the curve on dealing with immigration in a positive story arc, rather than necessarily seeing it as something unfortunately in which a lot of the world has lurched a bit further to the right, it was a very positive story and I think that we’re in a time in which we really need to focus on that. 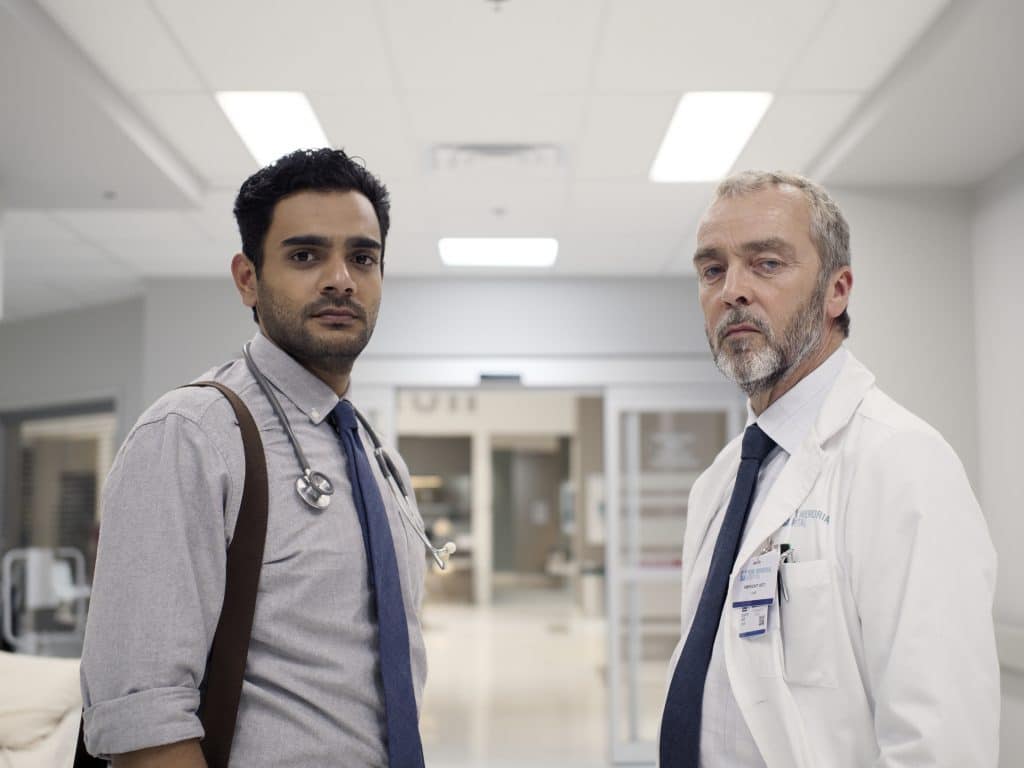 BT: You play a a bit of a hard-edged character, what is it like inhabiting him?

JH: That’s the other part of you that’s about 70-80 per cent John and about 30 per cent of what your character is required to do and I do think it’s required to have that 70 per cent, but when you are dealing with life and death situations, then you have to do things properly, you have to do things by the book and you have to make those hard choices about people you believe are capable of living up to those expectations. From a character point of view, it may come across as a number of hard-edged, hard-nosed things, but that’s only because of the amount of care that my character has for success or the department.

BT: The opening scene of Transplant is fairly graphic, but you said that you handled it. What sort of research did you undertake? 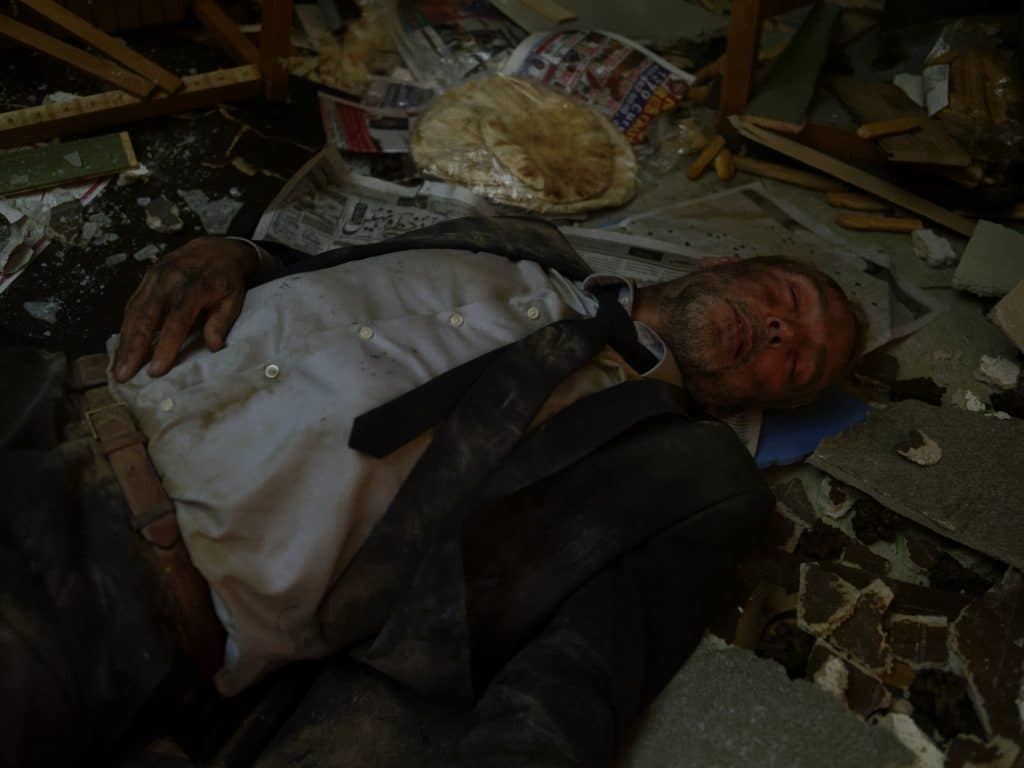 BT: How did you enjoy filming in Montreal? Did you have a favourite place to hang out?

JH: I did. I had my bicycle with me and I took it out quite regularly. I loved the Old Port, I had an apartment and I was right there about two blocks from McGill, I loved walking around there. But also going up to the Plateau and connecting with, I’m a big Leonard Cohen fan as well, so I was enjoying being in that area. I went to see Nick Cave play up there, who also name checked Leonard Cohen, so yeah, there’s a lot about Montreal to appreciate. Also in the cycle routes along the St. Lawrence, both east and west, that was just beautiful, beautiful country, beautiful scenery.

BT: What sort of response do you look for from the show?

JH: I think that very early on, it puts out and offers this character who, early on, he might well resonate with you, when you might question him or his motives or you might not be sure of what his motives are. That may resonate with people who are of a more suspicious bent. When you find that out, it might resonate with you in terms of being able to look beyond your own fears or your own perceptions, or in terms of immigration, especially in North America where at some point [chuckles], everyone there was an immigrant, everyone was trying to escape something, whether it was political persecution or starvation or poverty, the Western World as we know it wouldn’t have formed if it hadn’t been for that impetus and that acceptance. And as in Britain at the moment, the debate’s gone on about the Foreign Secretary just today, announcing changes in Britain’s immigration laws and how that’s going to change, two generations later trying to pull up the drawbridge, it’s kind of scary. The show asks and challenges those perceptions and then allows us to see things a little bit differently from how we might immediately respond.

BT: I ran into Hugh Laurie in an elevator at TIFF this year, and though I was tempted, I didn’t tell him that he looked like John Hannah.

JH: From what I know [laughs], when someone gets mistaken for somebody else, the chances are that someone will get mistaken for you and I probably get mistaken more often for him than he does for me- if perhaps because of the higher profile that he has for House or something. But we have that look….Jimmy Nesbitt and I sometimes get mistaken for each other and I know Jimmy quite well..yeah, we have a giggle about that.  I can always be rude and pretend that I’m Jimmy sometimes, especially if some member of the public approaches me. [laughs] 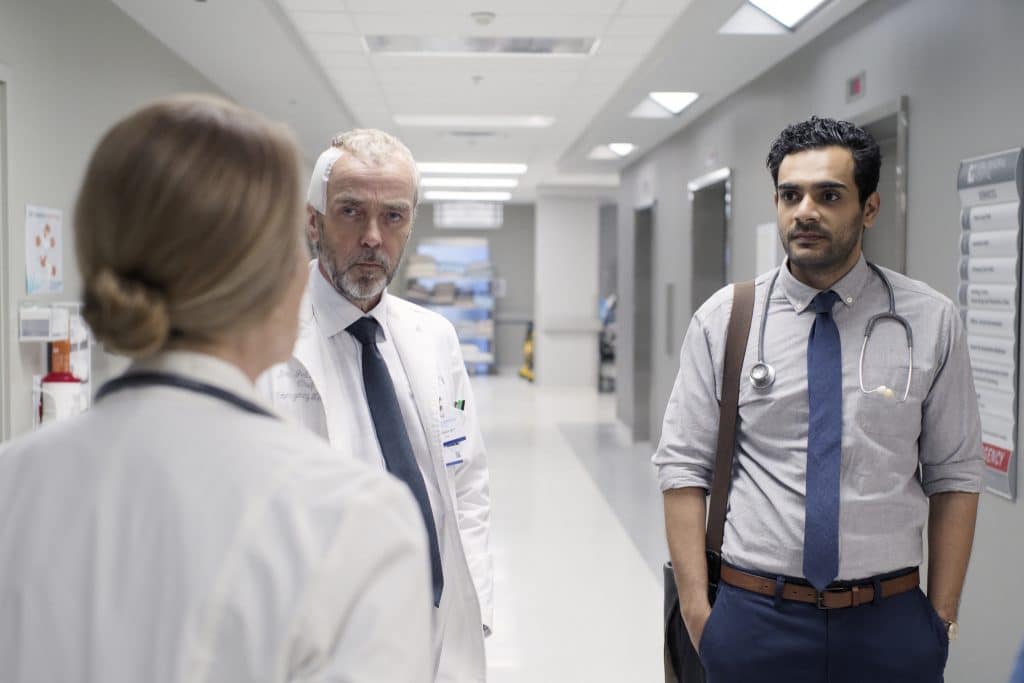 BT: I cry every time at the funeral scene in Four Weddings and a Funeral, and I watched Sliding Doors again recently. Who are some of your favourite people with whom you have worked as well as projects?

JH: Yeah, both of those movies were very much turning points for me, for different reasons in my life, positive reasons and that was great. I also loved The Mummy film, in some ways, that was the biggest stretch for someone like myself, coming from a very blue-collar Scottish background to play this kind of ne’er-do-well English hokey comedy brother. I’d never really done comedy up to that point so that was great, and again the people in that: Stephen Sommers, the director, and the cast, Brendan Fraser, Arnold Vonsloo, Rachel (Weisz) were fabulous people to spend time in Africa with. There’s another Italian film I did in a place called Hluhluwe-Umfolozi, which is up near Mozambique, Ghost Son, that I did up there that was also a fabulous experience. As you sort of get older and you look back, there’s a lot of things that stand out that might not have been standouts at the time, simply because you’re in the midst of it. Sometimes when you do a film, it can be a little bit like being in a battle in terms of trying to fight your corner or in terms of what might be going on above your pay grade about which you don’t necessarily know, although you’re certainly conscious of tension. I was very lucky to work with Norman Jewison years ago on The Hurricane, but that was a film that I could tell, even from my lowly perspective, that there were a lot of battles going on at the [chuckles] upper management level, so that was kind of tricky. But again, you’re working with Norman Jewison, Roger Deakins was the DP on that, that was fabulous when I look back at it. At the time, it felt like wading through [chuckles] soft and horrible.

BT: Have you enjoyed that people are getting to see your recent projects in different ways and shooting all over the world?

JH: Yeah! I still feel very much as an older experienced [chuckles] actor, I still feel very attached to a kind of indie and independent vibe. So before coming to Canada, I had done two films that were European films, one was a Slovakian film that we shot in Prague, a really exciting project set around the history of two young Slovakians who had escaped Auschwitz with evidence of what was happening. I played a Red Cross lawyer and we shot that film in Prague, and then Enemy Lines we shot in Belarus, in Minsk, with the director, I think that he’s actually Finnish although he studied in film school in Moscow. So again, there’s a very different kind of vibe, a different kind of energy which he brought, which I really liked. Rather than settling into something that would be a little more…safe, a 24 episode terrestrial show or even a regular British show in which I feel as if I understand what is being made, what is being commissioned and for what is being asked. Whereas I think that to put yourself out there with different types of work as a way of maintaining enthusiasm and excitement. Yeah, it’s all been really good and I think, you know, the efforts that I’ve been making to try to keep things as diverse as possible is paying off in some ways now.

JH: I was just talking about what blew me away recently, I recently watched Don’t Fuck with Cats. I really enjoy watching these…I mean, that was more of a documentary following that journey, but other things on the streaming platforms were Mindhunter or Manhunt: Unabomber were really good, then there are some good comedies that are around at the moment. I really liked Living With Yourself. 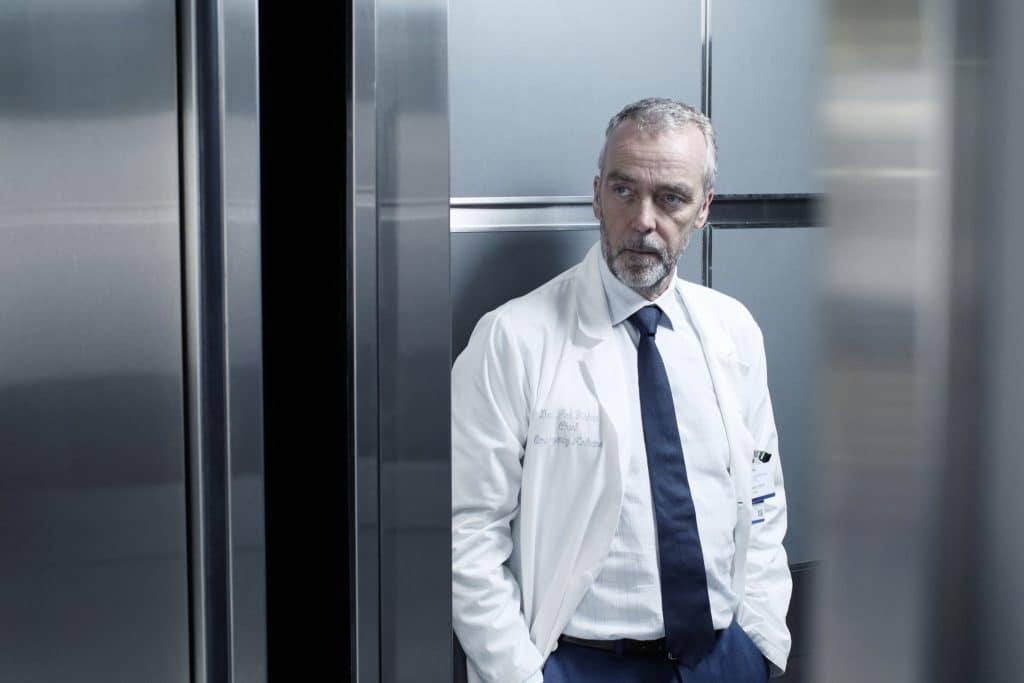 BT: What would you like an audience to take from this series?

JH: I think that the main arc of the show is really interesting, especially the first few episodes, in which we are uncertain about Hamza’s character, Dr. Hamed. But as we go through the 13 episodes, I think that we’ve created a really diverse group of characters, of people who are working there, who have very individual issues with which they’re dealing, as we all do,  nobody lives a perfect life, nobody at all, so we’re dealing with aged parents or we’re dealing with alienated children or partners, so there’s a great human story that goes through what is given as an emergency room scenario, a life and death situation, and I was also hugely impressed with the crew with whom we are working. The whole look, the whole commitment to the look and the set, the lights and the cinematography, everything I thought was…I think it’s a really, really good show. I think it’s one of the most comprehensively exciting shows with which I have been involved for many years, to be honest. So I would like to think that this is true, [laughs] and I am waiting for that to be confirmed by very positive reactions, fingers crossed.

Transplant premieres on Tuesday September 1 at 10/9c on NBC 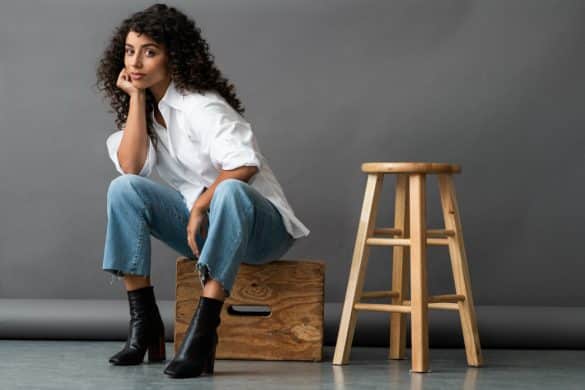 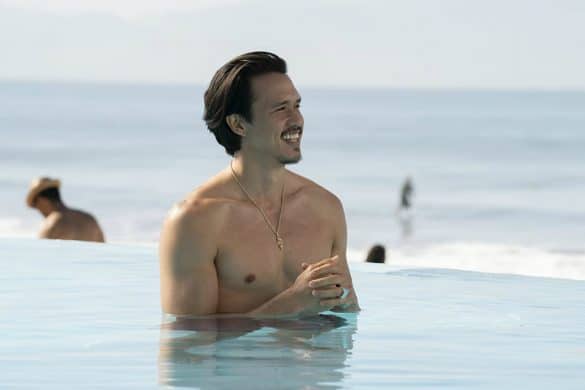 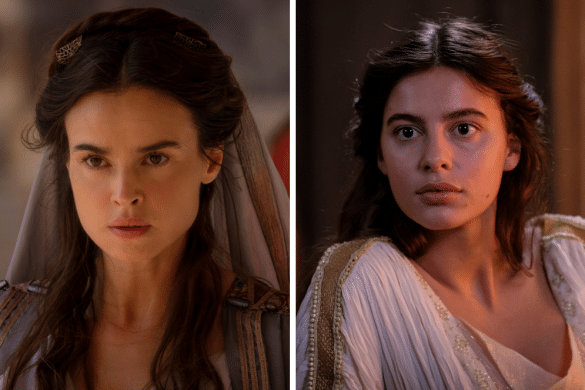 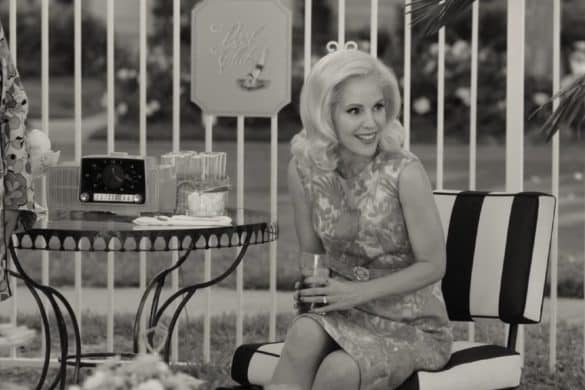