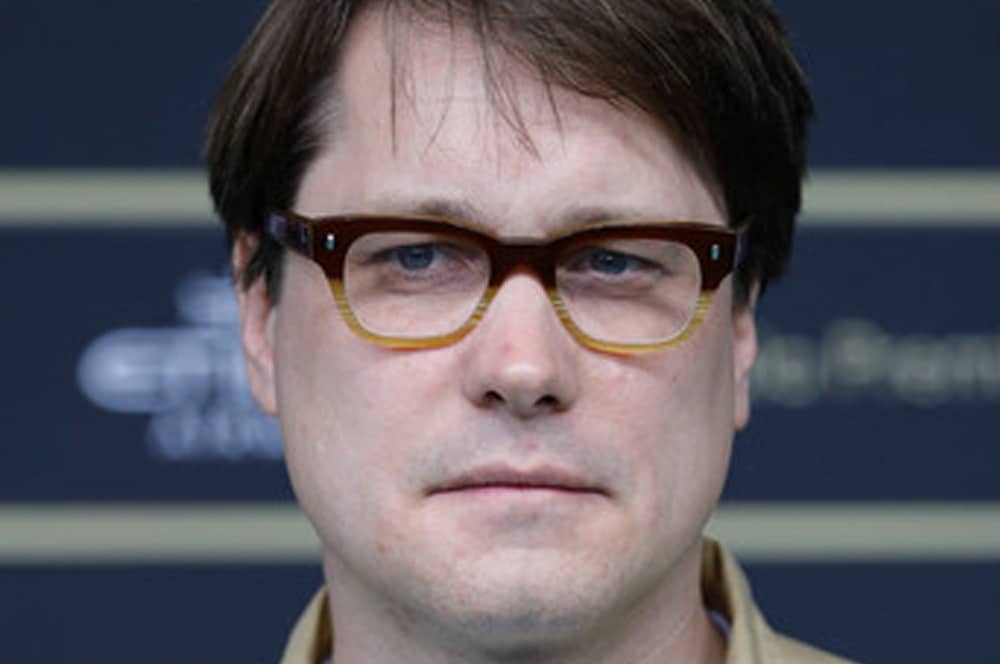 Adam Smith’s feature film directorial debut, Trespass Against Us, is a fascinating study of the direct influences fathers have on their sons. Starring Brendan Gleeson and Michael Fassbender, the film is based on the true story of the Johnson Gang, a network of criminals living in the rural outskirts of England.

Hours prior to the sold-out world premiere screening of the film at the Toronto International Film Festival, Smith kindly took the time to speak with a selective group of local journalists. The following is an excerpt of that captivating conversation.

What were some of the biggest challenges in putting together your first feature film?

Adam Smith: I found the hardest thing is to hear your own creative voice. It’s really a quiet voice, almost like a feeling. The process of film making is very noisy-there’s a lot of voices and there’s a lot of opinions. I found it hard sometimes to just hold onto that, but we didn’t all the time. That was the steepest learning curve. It was tough, you know? It was tough. Tougher than I thought. I had done some fairly high profile television stuff [Skins, Doctor Who] and I didn’t understand when people said, “Oh it’s going to be different when it’s film”. And it was.

I think with television you kind of know there’s an audience to an extent and you know there’s a broadcast date. We were making this film and then a big star came on board and suddenly the expectations became very big and who knows how well this film will do. People have invested a lot of money so they’ve got some fear around it and that fear is dangerously contagious. You’ve got to protect yourself and get your armor on to not be affected by that stuff. I’m not sure if I should be saying that but it’s my truth.

As expected for someone with such a long, varied history of working with The Chemical Brothers, the music in the film is so lively and punchy, and really propels the film. Can you talk a little about the music selection? Obviously it was a no-brainer to have The Chemical Brothers included, but how did you choose the songs and score?

AS: Well in a way I didn’t want it to be a full Chemical Brothers soundtrack, like to sound like The Chemical Brothers. Obviously one of the chase scenes does a bit, but I wanted it to have this timeless feel. The Chemical Brothers’ music has got this raw, anarchic energy. It’s almost like every time it becomes too pop-y, a crash comes in and some gnarly electronic sound. It also has this huge emotional power and really moves people. That’s why I thought Tom [Rowlands] was perfect to do the film. I sent him the script and he kind of started writing stuff after the first read through. He was really into it. But we did come to a bit of a crossroads. I was like, “Look, this can’t be synth-y instrumentation because it needs to have a timeless feel”-which is why we shot it on 35mm. You know it needs to have this timeless feel. I don’t want people to place it too much, if that makes any sense. So we talked about the palette having more classical instrumentation. At one point he all like, “Why don’t you just get somebody classical to do it? Why do you want me to do it?”, and I was like, “Because you’re going to do something different and something brilliant”. He didn’t say it as whiny and as petulant as that. And the nice thing is that we’ve been working together for 20 years and it’s healthy to have these conversations. So he went off and he made all the music in his own idiosyncratic way and then got musicians in to come and play it, with violins and harmonium. And then it really started happening. It was like, “Wow, this is magic”. Because then he’d take all of that stuff that he recorded and put it into his system and then mess with it, well not mess with it, create. And that just felt right for the world. I can’t really articulate it very well but it was really exciting. The cue at the end with the tree is just so powerful, you know? And the kind of Cutler theme that runs through it, I think it’s not like a Chemical Brothers soundtrack, you know? And that’s exciting and it’s quite sparse and minimal at times. There were questions as to whether it was going to be emotional enough and whether we need composers. You know you have to fight for these things that you believe in and I’m really glad we did carry on fighting for that stuff because it’s really beautiful. I don’t know if they’re going to release it or not but there’s a load of more typical Chemical Brothers stuff that he made for us that never made it to the film that are great, great tunes.

As a movie that focuses on the dynamic between fathers and sons, how important was it for you casting Brendan and Michael as a unit together?

AS: It was really important that the audience believed that there was a figure that was powerful enough, that would have the authority to boss someone. Michael is a powerful force in real life and as an actor and really powerful on screen. You had to believe that he’s a thirty-something still living with his Dad, still kind of doing what his Dad tells him to do. You’re only going to believe that if his Dad is a pretty powerful man. I’d seen a picture of Brendan and Michael together socially at some event and I don’t think they’d known each other that well but they’d talked about doing projects. There was something about the way that Brendan had his arm around Michael that very much said, “I’m the elder patriarch in this relationship.” And I printed that picture out and put it alongside all the other pictures I had on my wall for the project, of the cast and how it would all work and locations. It felt like the respect for Michael was built in and, I don’t want to speak for Michael, but I’m sure he’s spoken about how much he respects Brendan and grew up loving watching Brendan act. So there was something of that already there that we tapped into. Brendan even dyed his hair a bit more strawberry-blonde-ginger. You buy it, don’t you, them as father and son?!

Trespass Against Us is currently available on On Demand and in select theaters.