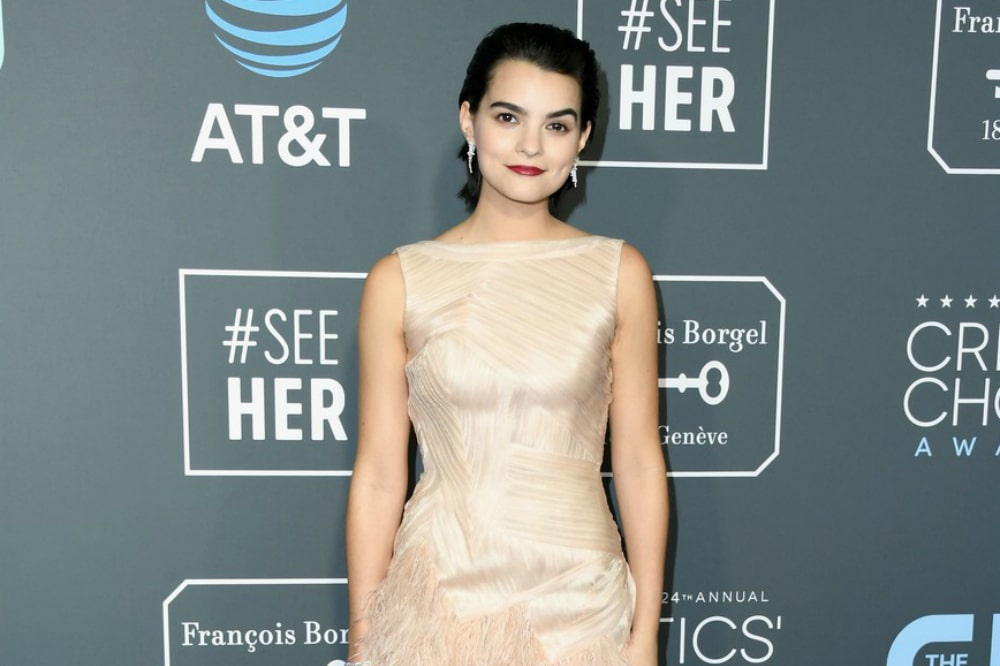 Everybody who knows us knows that we are passionate viewers of shows on streaming services and especially shows on Netflix. But there hasn’t really been a series quite like Trinkets on the service, until this month, and this quirky, funny, and ultimately satisfying series should be embraced.

We spoke to series star Brianna Hildebrand by phone recently and it was fascinating to hear Hildebrand’s specific perspective on the series and what her own history means for her character, Elodie.

The following is an edited and condensed version of our meaningful interview with Brianna Hildebrand.

BT: It must be really nice to have recognition from your peers who seem to be really into your show, and positive feedback from them too.

BT: What was it like having the book’s author Kristen “Kiwi” Smith as executive producer on the series?

BH: It was so awesome having Kiwi around. She is the best person. She brings a great energy to the set and everyone was always excited to see her, and more so it was nice to see that she appreciated what we were doing. It was more comforting in that sense, like “Okay, Kiwi approved”, so we’re doing okay, you know? 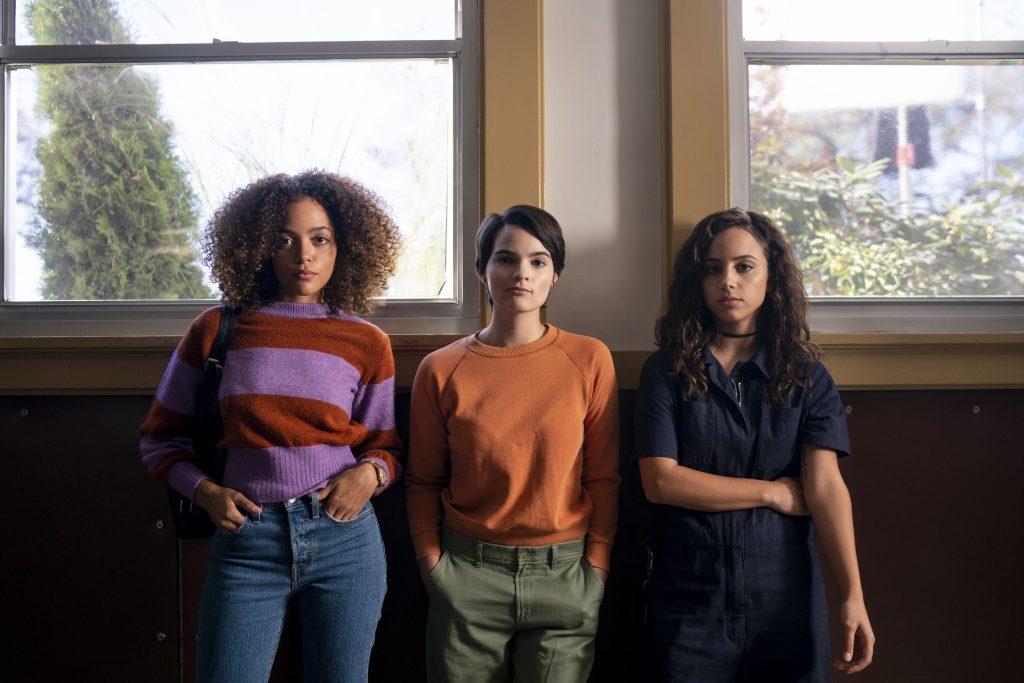 BT: This is a female-driven series at almost every level. How did it feel being on a set like that?

BH: It’s really awesome. I think within the past year or so, I’ve had more and more meetings with female directors. I remember going into this meeting for Trinkets, specifically, with the producers and writers, and being so taken aback because every single one of them were women. They were all these strong, independent women, coming together excited to work on a project, it got me really excited to work on it and it was really inspiring. I hope to eventually maybe do other work in the industry and they are really leading the way, and that’s really great.

BT: What does the Netflix Prism mean for you in terms of providing a platform for LGBTQ+ stories?

BH: Yeah, I’m so thrilled on the part of Prism and it could be a voice on Netflix for queer kids and I think that is so important. I mean I’m also from Texas and I’m from a very religious family, and growing up I sort of felt like I was the only one of my kind, you know? Like on my own. I think it’s important to have media reflect these experiences so that kids around, wherever they are, can feel like they belong somewhere at least and it’s not the end of the world if you’re not fitting in or not like everyone else because everything when you’re a kid [laughs] feels like the end of the world. I think that’s important. 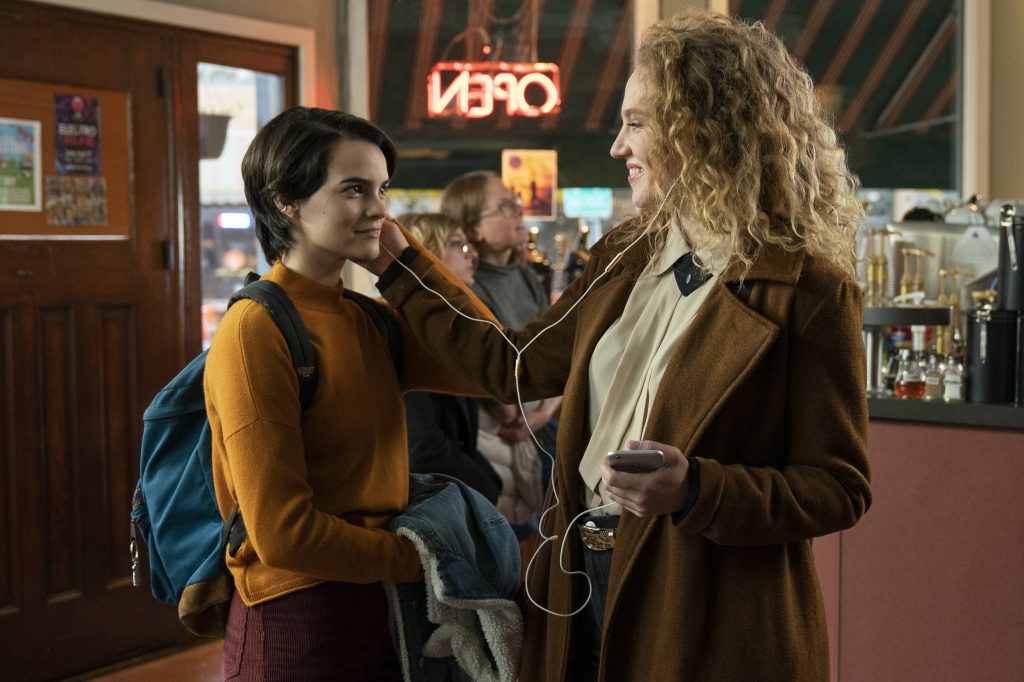 BT: As this series is about shoplifting, is there anything that you would have considered taking from set?

BH: [laughs] I don’t know, I can’t think of anything that I would have taken from set aside from maybe a sweater or two. Sweaters are nice but I’m also a clothes whore [laughs], so that’s me. But yeah, I try to not take anything, mostly because my girlfriend is a set dresser and she always comes home screaming about missing things, so [laughs] I try to be very good about it.

BT: What do you think you learned about yourself from playing Elodie?

BH: Well I went through a really awkward time in middle school and high school, high school was a little bit better for me in the sense that I stopped caring as much, honestly. [laughs] But it was really interesting to slip into this social awkwardness. Sometimes I would find myself after going out to lunch and to dinner with everyone and just feeling uncomfortable suddenly, not that it was anyone’s fault, but I think that I had worked myself into this headspace that was like, I don’t know, anxious, but it was really interesting to get to do that and play with that sort of thing. I remember having multiple conversations with Quintessa [Madeira] and Kianna [Swindell] about how good it is to go back home and be yourself again. [laughs] I was like “Ah, okay! Back to me. What do I want to do?” We always had fun conversations about characters like that. 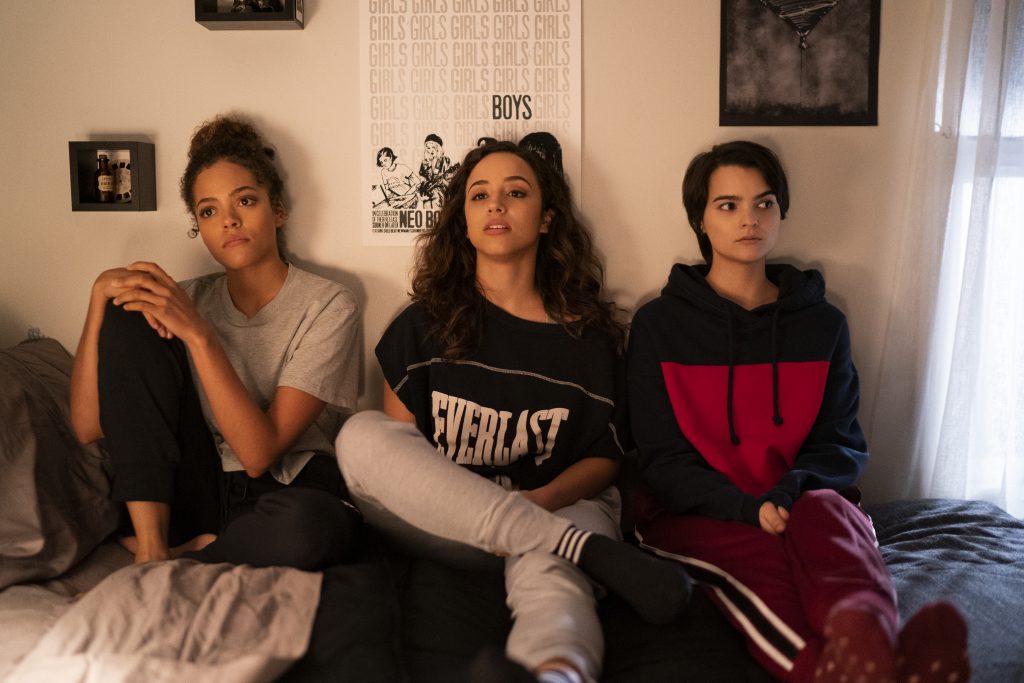 BT: Larisa Oleynik is a standout on the show. Did you know her previous role as teen star before this series?

BH: I knew of Larisa prior and I adored her. She’s just the most adorable creature. Unfortunately, she did most of her work within a few days on set, so we didn’t really hang out much on set, but we had a little get-together before we started filming and it was really nice to sit down with her and pick her brain. All three of us sat with her and we were like: “Oh! [gasps] You’re so amazing! And accomplished”. [chuckles] How cool is that?! And we were so flattered that she would able to come on the show.

BT: This season has quite a memorable ending. What is something that would excite you about future seasons?

BH: At the end of this season, Elodie sort of finds her voice and I guess literally, too, and I think that it would be cool to see her explore that and to see where music takes her in that sense. Well that’s just what I want to see. [laughs] We’ll see what happens, you know? [laughs]

BT: Trinkets has an incredible soundtrack. Was there a particular song that reminds you of the series?

BH: Yeah, definitely all of Kat Cunning’s music. [laughs] Any time I listen to anything that Kat Cunning did, it’s reminds me of that time. I remember meeting her and then getting so excited about her music and saving all of it. King of Shadows always plays in my head now when I think of Trinkets. 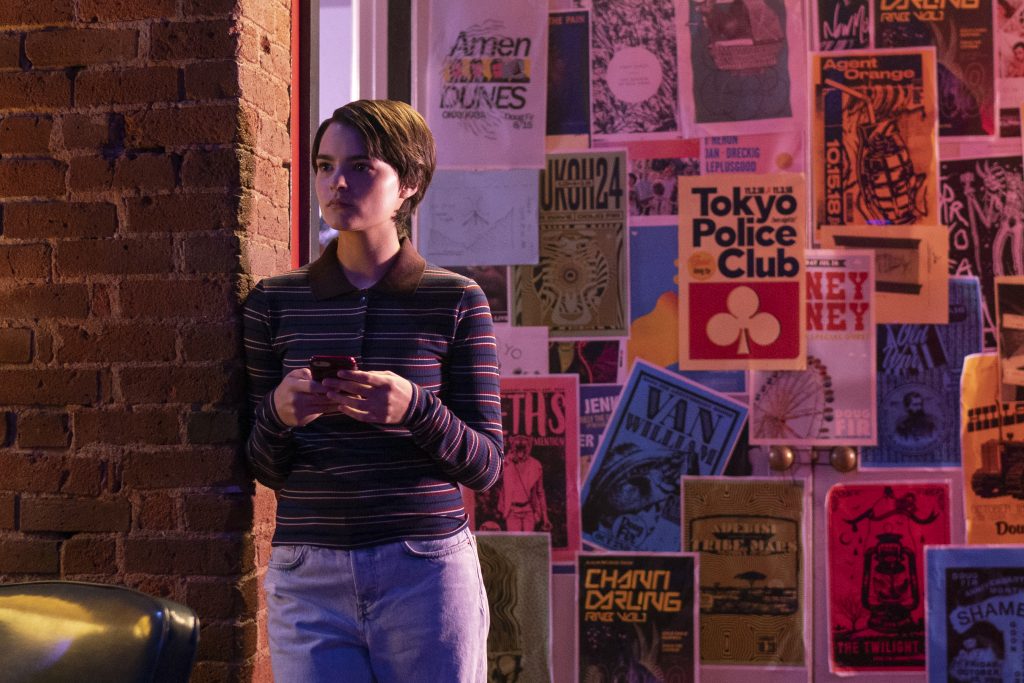 BT: Can you talk a little bit about your upcoming film Playing with Fire?

BH: Playing with Fire is like a family comedy, really, it’s like an adventure-comedy and I feel so honoured to have gotten to work with the veterans that I did. It’s got John Cena, Keegan-Michael Key, Judy Greer‘s great, John Leguizamo, who’s amazing, and I had the best time on that set. I got to play with kids [laughs] and yeah, just a really sweet, heartwarming movie about making your own family. It makes me excited to think about it. [laughs]

BT: Can we make #Shattersonic happen?

BH: That would be amazing! I would be so down. And Lewis (Tan) is the best, he’s a really cool guy, he’s a great time. I hope that that happens! [chuckles]

BH: I’m definitely a binge-watcher. I like to dedicate a solid afternoon or a night to an entire show. I think that a lot of people have been binge-watching Trinkets, but that’s just what I’ve seen in messages that I’ve been sent. [laughs] People have been watching in one sitting, but it’s also pretty short, so it’s pretty easy to do that. I guess the followers have been trickling in. I try not to pay attention because that stuff gives me anxiety a little bit. [laughs]

BT: Netflix is a great platform for this type of series.

BH: Yeah, I agree. Netflix is really cool in that it’s so accessible in that way, it’s kind of crazy.

BT: Have you watched anything that you’ve enjoyed like Trinkets?

BH: Oh, man. There’s so many. The question always stumps me because I’m trying to think of all those recent ones that I’ve watched. I saw Euphoria the other day and I loved it. I thought it was amazing. I’m so excited for the rest of the season.

Trinkets is now streaming on Netflix