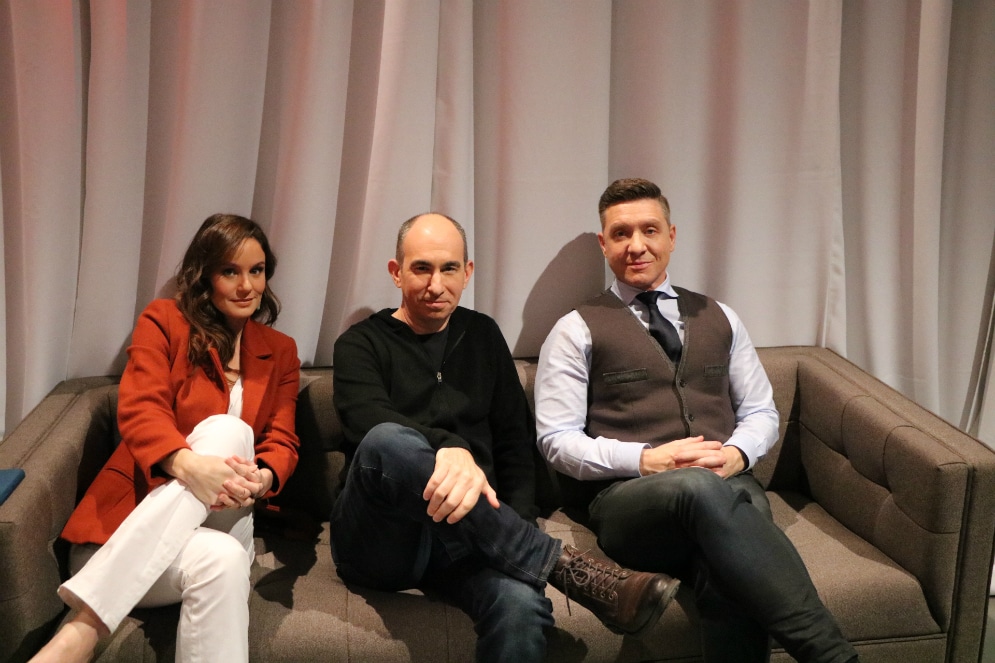 As per the CBC: “In the early 1980’s, AIDS emerged and quickly became an epidemic. Those responsible for public safety failed. Thousands died. A second virus, hepatitis C, infected tens of thousands more. People were kept in the dark, afraid to speak out. Ignorance, arrogance, politics and economics all lead to betrayal, to cover-up, to scandal. Unspeakable is told from the perspective of two families caught in a tragedy that gripped a nation, as well as the doctors, nurses, corporations and bureaucracy responsible. The series follows the decades long saga as people struggled to survive, change the system and battle for compensation for those who desperately needed it.”

With an award-worthy cast led by Sarah Wayne Callies (The Walking Dead, Colony) and Shawn Doyle (Big Love), the eight-part series is gripping must-see television. At the recent CBC Winter Media Day, we had the exciting opportunity to sit down with series creator Robert C. Cooper and stars Callies (who also directed an episode) and Doyle as they opened up about the scintillating new show. The following is a condensed and edited version of our sit-down chat.

Brief Take: Tell me how you brought a sense of authenticity to your work on the show.

Robert C. Cooper: I lived through it, to some extent, so I was able to say “no, that’s not how it looked” or “I remember it like this”. I pulled pictures out of my Mom’s photo albums and showed them to wardrobe saying “this is what people wore”, and sometimes it was a little unsettling. [laughs]

Sarah Wayne Callies: Shawn and I wore more polyester than I think we’re used to. [laughs]

Shawn Doyle: We all had a hard time moving for those three months.

SWC: [to Shawn] Your trouser situation was very specific. [laughs]

RCC: But that was important to us – to be as authentic to the time period as we possibly could. There was a lot of research that went into not just the writing of the show, from a story point of view, but also to try and make it feel like it’s from that time. 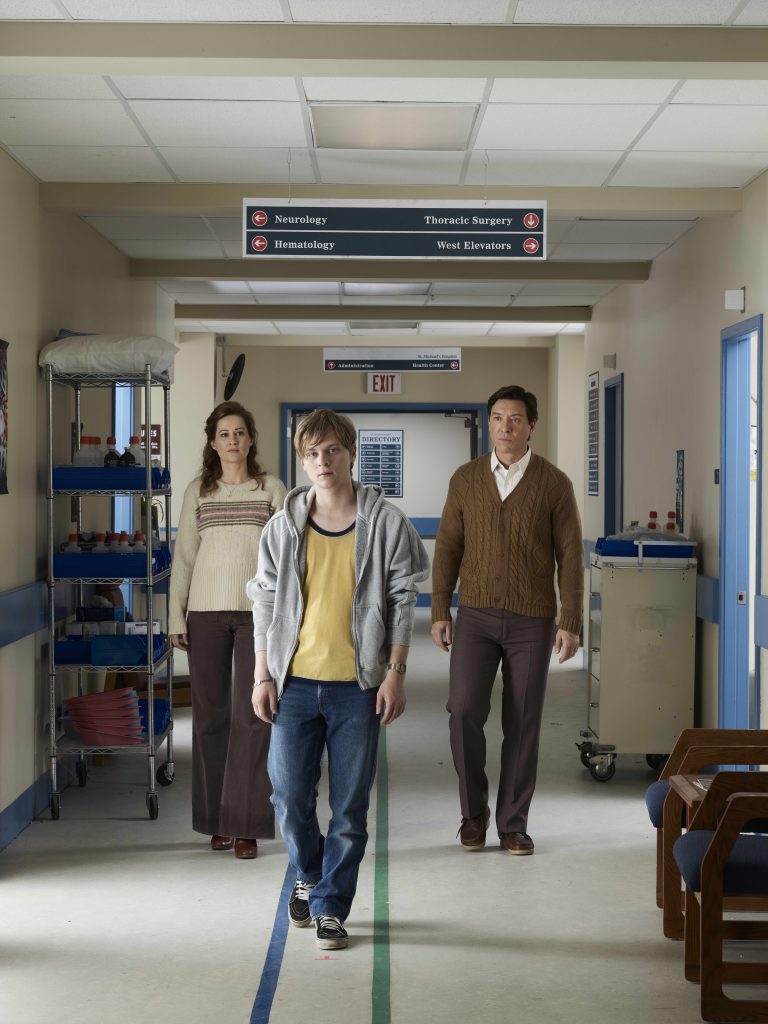 BT: I think you’ve done something truly incredible with this series. It comes to life in an unexpected way and feels truly authentic.

RCC: Thank you. When we first presented to the writers and to the network, we presented a little too much factual information, but that’s where you have to start with something like this. You want to adhere to the truth as much as you can. We had written this long, factual timeline from history, but always in my mind, first and foremost, was that this was going to be a character drama. It was going to live or die by making you care about the people and care about their experience. I knew that in eight hours of television we couldn’t encapsulate the tragedy that occurred, and for many people that’s still ongoing. You carry the death of a child with you forever. If nothing else, we wanted to put you in the emotional experience of something that was not one incident – it was not one earthquake and then we rebuilt – it was a slow moving disaster that is, in many ways, still ongoing for a lot of people.

BT: It’s a historical story but it feels very current with a lot of universal elements mixed in. Which aspects of the show do you feel are still prevalent in society today?

SWC: We’re still willing to castigate people who are not like us and to marginalize the suffering of people that we don’t identify with. I think one of the truths of the story is that it will, pardon the pun, bleed into the entire population. If we don’t take care of the quote unquote marginalized population, it poisons the entire society. The flip side of that is that one of the greatest things we can do is take care of each other. That’s our job in a democracy; it’s our job to keep an eye on our public institutions, to make sure that they’re not only serving our families, but the families of people who are suffering in ways that we don’t have direct experience with.

SD: Anybody can relate to feeling vulnerable in a situation in which your health is compromised. Sarah’s character, Margaret, has a line in an episode coming up where she says “how far would you go to keep your kids safe?”. That, to me, cuts right to the heart of the matter. But then also one of the things we’ve been discussing today a lot is, to me, it’s about the truth and we are very much in a debate, strangely, about the truth today. This is a story about a truth that was kept secret from people whose lives depended on it, and it’s important that we all understand. It’s important that we hold our institutions accountable.

RCC: The idea that the family is faced with a tragedy and needs to somehow find their way through it is a timeless notion. Obviously there are very specific circumstances involved in this, but what I think makes this series very compelling is the idea that you see human beings deal with this situation on a day to day basis, and they have to evolve their perspective on it, they have to evolve their relationship with their family.

SD: Struggle is something that we can all identify with in our lives and I think sometimes seeing people have those experiences in a fictional setting gives us some comfort and tells us that our own human experience is shared with other people. 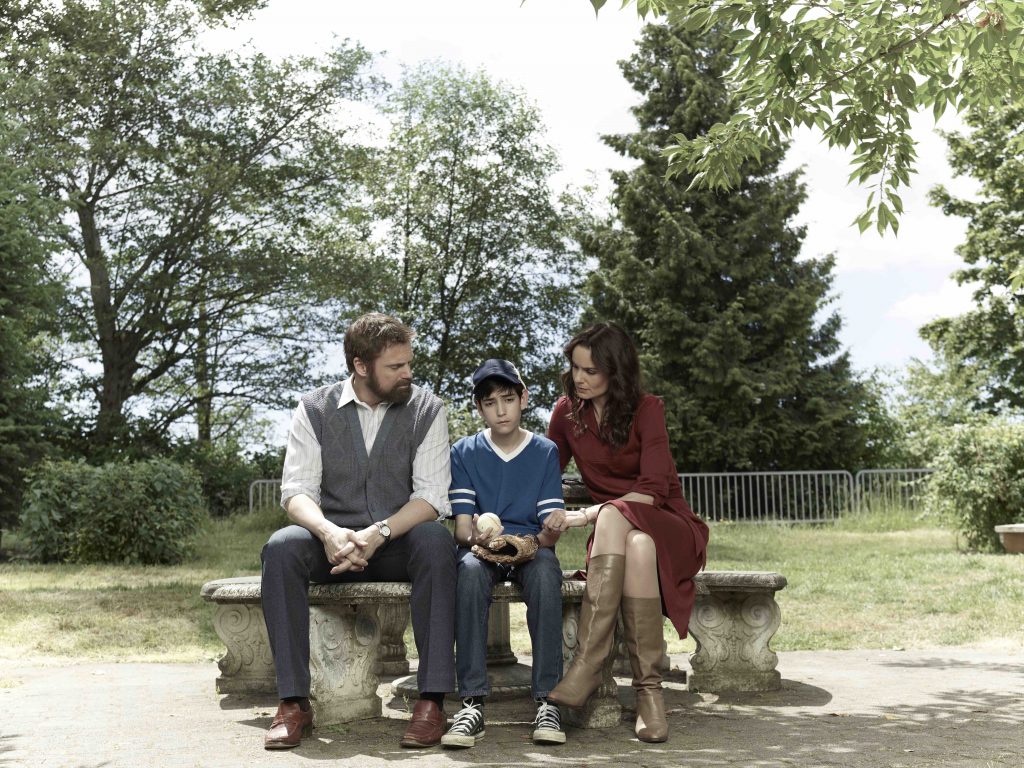 BT: It’s a very Canadian story and yet when it’ll be broadcast in other parts of the world, people will relate to the emotional components of it.

RCC: Us telling Canadian stories for the world has always been a challenge and a discussion point. What is a ‘Canadian story’? Personally I love watching shows that reveal things about human beings in other places – that’s what I look for. This certainly depicts a story that everyone has experienced all over the world – the blood scandal is not unique to Canada. Our experience as Canadians was different and hopefully that’ll translate and other people will be interested. “How did they deal with it? What did they go through?” England right now is thirty years too late in embarking on their own federal inquiry. So I believe that this is an interesting story to tell to the world at this time.

SWC: I think the impact and the stigma of homosexuality and hepatitis was global. It happened everywhere and, in some places, continues to go on. So the specific politics of this specific government are one aspect of it. The other one is how do you raise a kid when you’re not trying to conceal their identity exactly, but protect them from being stigmatized, and the balance between allowing them to live their life and protecting them. Those are all very human and very universal stories.

RCC: That’s kind of the dual meaning behind the title. It’s called Unspeakable not only because it was a terrible thing that happened but because the reason it happened was because people were afraid to speak out. 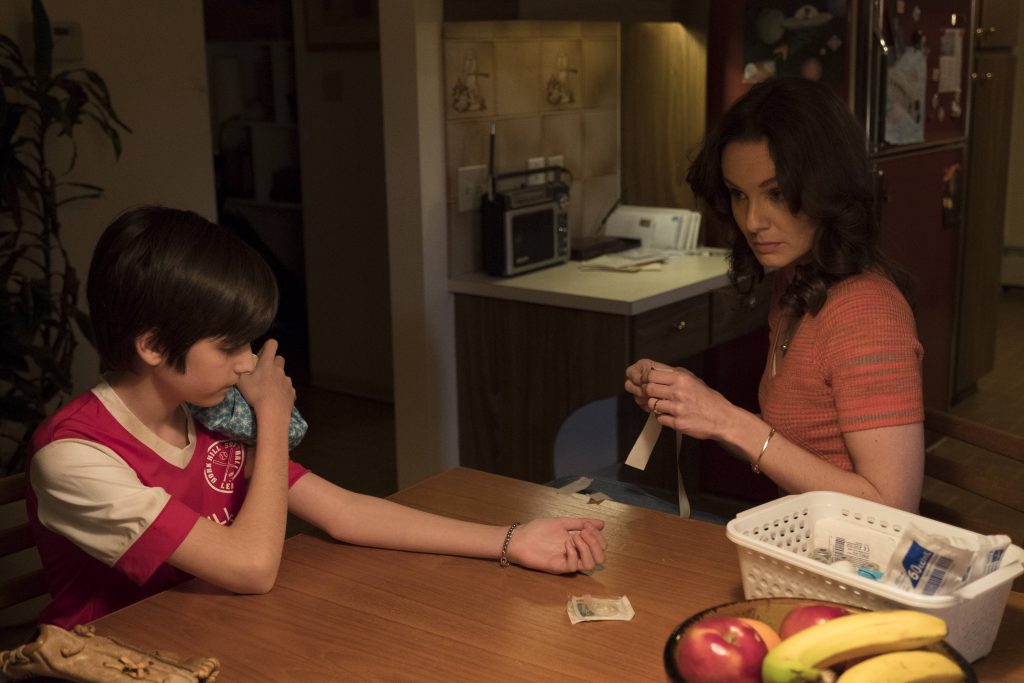 BT: What’s something that you hope audiences learn from this series?

SD: I think it’s important that we are mindful that these things can repeat themselves if we’re not vigilant. The unexamined situations will remain unexamined unless they’re brought to light. We’re in an age where things are being covered up on a daily basis and we have an opportunity with this to remind an entire generation that don’t even know about this, that this happened and could likely happen again if we’re not careful.