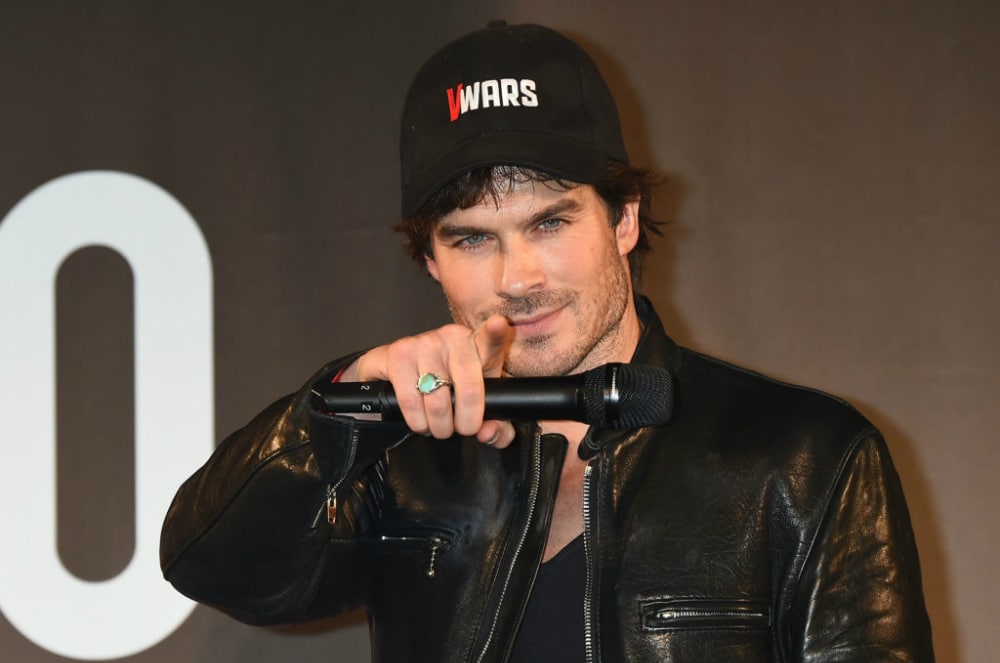 Ian Somerhalder is a socially conscious eco-warrior, and his responses about his new Netflix series, V-Wars reflects on the work that the actor, director and producer has been doing with his eponymous foundation. In our insightful phone interview from last week, Somerhalder spoke passionately about addressing climate change and a host of other timely issues in this new project. As an added bonus, it was exciting to hear a little from his talented wife, Nikki Reed, who was later revealed to be a performer on the series (at the time, this had not yet come forward).

The following is a condensed and edited version of our contemplative chat with the champion in every way of V Wars, Ian Somerhalder.

Brief Take: The trailer looks amazing! I can’t wait to watch the show. You wear many hats on this series, what do you enjoy most about acting in as well as executive producing and directing V-Wars?

Ian Somerhalder: I’m grateful for you saying that, first of all. I’m really glad that you enjoyed the trailer. There’s so much that goes into all of these pieces and the big part of this show that really drew me in initially was the big climate aspect. We ended up leaving that out of the trailer, just keeping a nice flow of the genre, keeping it cool and moving. But wearing the hats has been a really phenomenal journey. 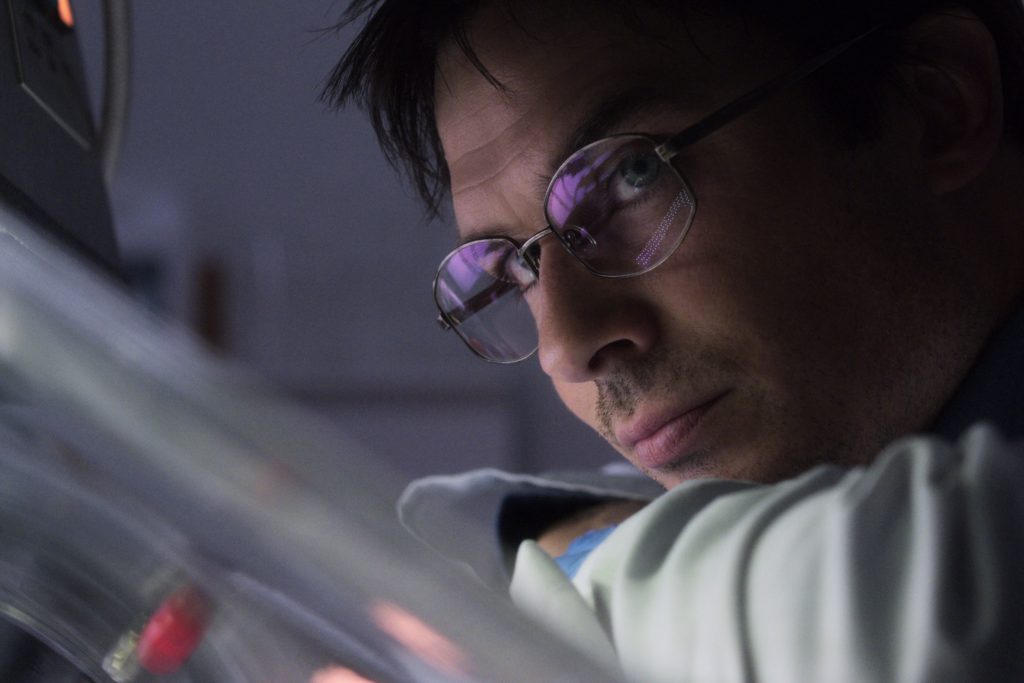 BT: How much does the work that you do in V-Wars cross over with the work you do through your foundation?

IS: One of the really interesting, dynamic parts of this was that due to…listen, the whole story starts because of climate change, right? Due to rampant glacial deterioration due to climate change, it exposes these pathogens. This is not something that is just happening in our show, this is part of what the scientific community is having great, great, great  concern right now as a result of melting ice and the permafrost is melting. And what happens when that melts is that these bacteria and viruses and any pathogens in biomass are exposed. Things with which we haven’t had to contend since we were living in caves or before then. Things that have been buried there for millennia or hundreds of millennia, do you know what I mean? So if this stuff, not if, but when this stuff comes out, it can cause widespread global chaos by virtue of spreading diseases that we don’t have the capacity to handle, right? And even Luther Swann (his character) says this is in the beginning of this opening scene, which is an ancient form of, say, ebola, that is exposed due to melting ice that could cause an epidemic that would make the bubonic plague look like a chicken pox party, right? [laughs] And these are things that we don’t want to deal with as a society, we have enough going on, right, that we don’t want to deal with that, and that is a big deal and this is where the story sort of comes in. It’s unique, because not only is it, now it is something I’ve been talking about for many years, which is…

[A background voice is heard speaking]

IS: Ah! My wife says that it’s a new category called “Reality Genre” [chuckles loudly] But you know, look at some serious social issues that we’re having, right, look at Syria. You know Syria happened as a result of climate change, due to drought, that drew so many people from rural areas to urban areas where social conflict happened: Boom! Now you have a global issue, you have millions of refugees in places that…like these are big tentpole issues. We’re dealing with these things in our show, right? The things that we’re dealing with as a society, V-Wars is dealing with as part of the narrative – borders, racism, disease, fear, politics, the fear of politics, how it gets put into the society, into the psyche of society- these are major, major, major things in our society. The reality is that we don’t have to bludgeon people over the heads with it. It’s happening, already and it’s not only happening in our own echo chambers, it’s happening everywhere. You don’t have to be scrolling through Instagram or reading whatever news site to which you go to know that this is happening. I feel like there’s an amazing amount of social relevance, and I feel that Jonathan Maberry was so smart in…look, you’re a writer, man. You know, write what you know. Maberry wanted to tell these unique perspectives and stories and he wanted to make sure those perspectives were authentic, so he brought in a team of writers to tell these stories in different locations from different perspectives, and then he put them all together and they all flow in this unique, authentic perspective and they all intersect in this…but like in vignettes and that is this unique way of telling stories in V-Wars. So it’s going to be a blast to dive into that more and really open the world up, especially coming into a season 2, you know. Season one really set up the world, and you know season one shows are difficult, right? You’re just finding your footing, you’re finding the characters, you’re finding everything from the look and feel of the show to characters and how they intersect with one another. I’m excited to really continue expanding this in a global way. 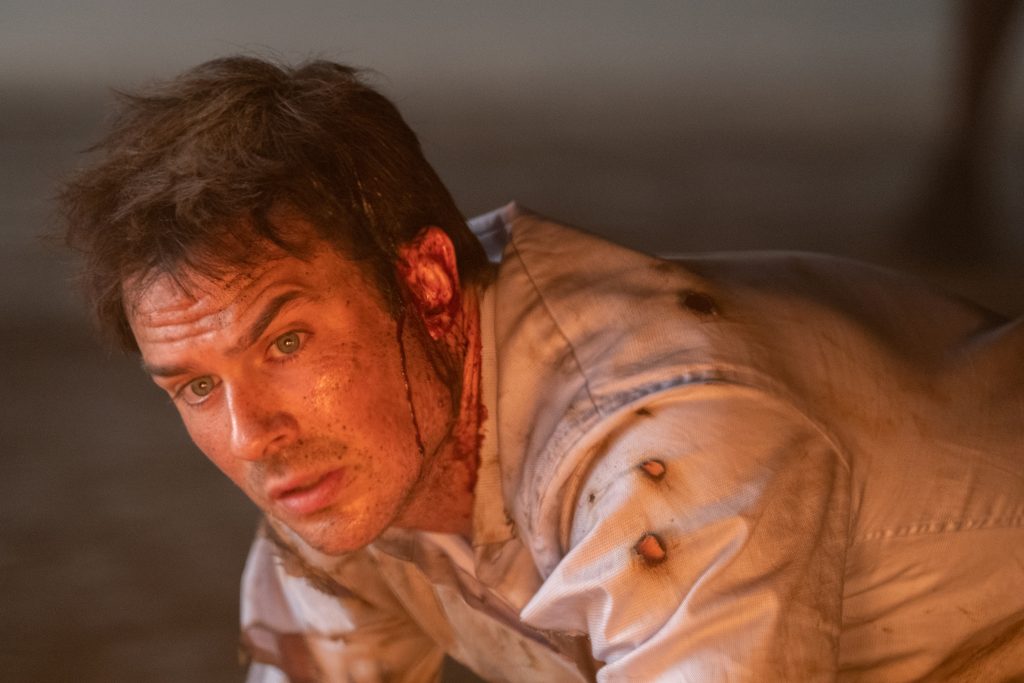 BT: What was it like filming the show in the Toronto area?

IS: Being there was really spectacular. We did have access to a lot of awesome talent. Our digital team is still there, building out our special effects and all of these amazing things. We were shooting in Northern Ontario, there’s just incredible beauty up there and…

We have this massive responsibility as storytellers and filmmakers, I feel. If we have the opportunity to tell socially relevant amazing stories under the narrative of an umbrella that grips people that is engaging, that’s unique. So, here we are, man. 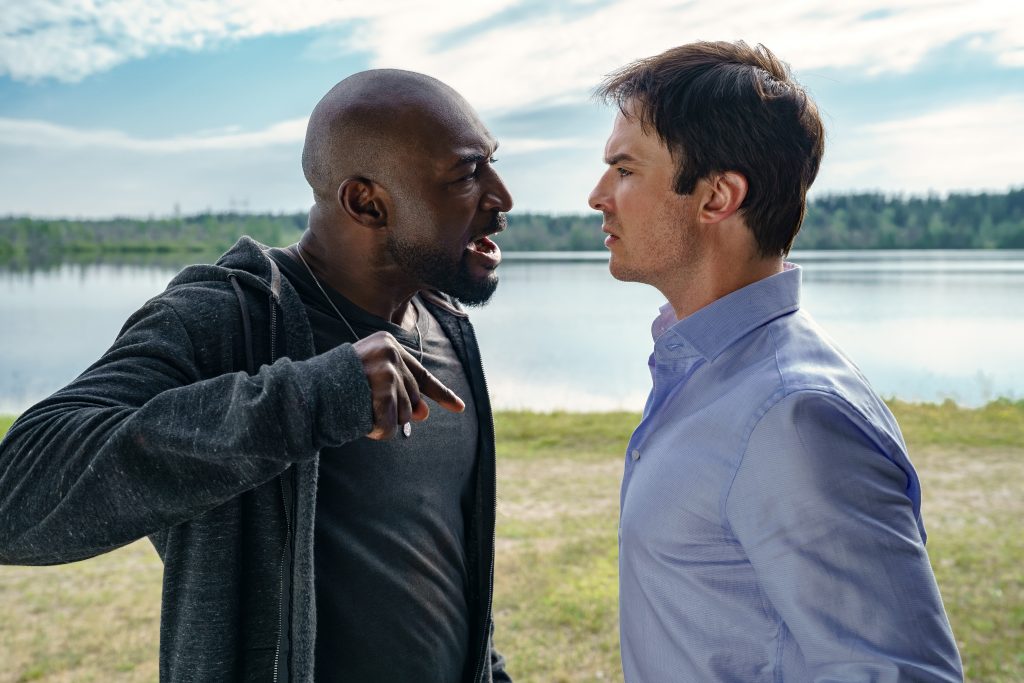 BT: What do you hope the audience will take away from the show?

IS: You know, what I hope that they get is that this is the opening of a very dynamic story with very diverse characters. And this is the very beginning, so to tune in now and to get a taste of the world. Just get a taste of the world and get us into a situation in which we can build and expand this into a season two. What I hope that people take from it is that this is the story of the unfolding of what is going to be a rapidly, rapidly changing world and these diverse and unique characters are going to teach and hopefully show us a lot about our society, our cultures, and that we can build community talking about some of these amazing issues and solutions that we have. But at the end of the day, supporting one another through…like what was Lost, this is about redefining, how do you restructure society, how do you rebuild society? What happens when there are so many bloods, commercial air travel is no longer viable, bloods have to fly on their own commercial airlines. What happens when the mortgage lenders, millions of people, there are are so many bloods that people are sick. It’s like cancer, it infects indiscriminately, when people aren’t paying their mortgages because they’re sick or they’re bloods and they’re either dead or they’ve been rounded up and they’re out trying to [chuckles] murder people. What happens when utility companies aren’t being paid because the utilities aren’t even being used? We can’t wait to sit in our writers rooms in season two with a diverse group of women and men to look at: “What are these fragile things that hold up our societies?”. It’s like a Jenga game, if you pull out the wrong blocks, the whole thing falls down. Well, underneath it is Luther Swann trying to hold it up to find a cure in this first season and all the while, protect his son, so it’s the story of the genesis of this crazy, crazy journey that I invite all of us to go on. I can tell you that we will work morning, noon and night to develop stories that are relevant, that are unique, sexy, dynamic, dangerous, and for one thousand per cent, wildly insightful and controversial. 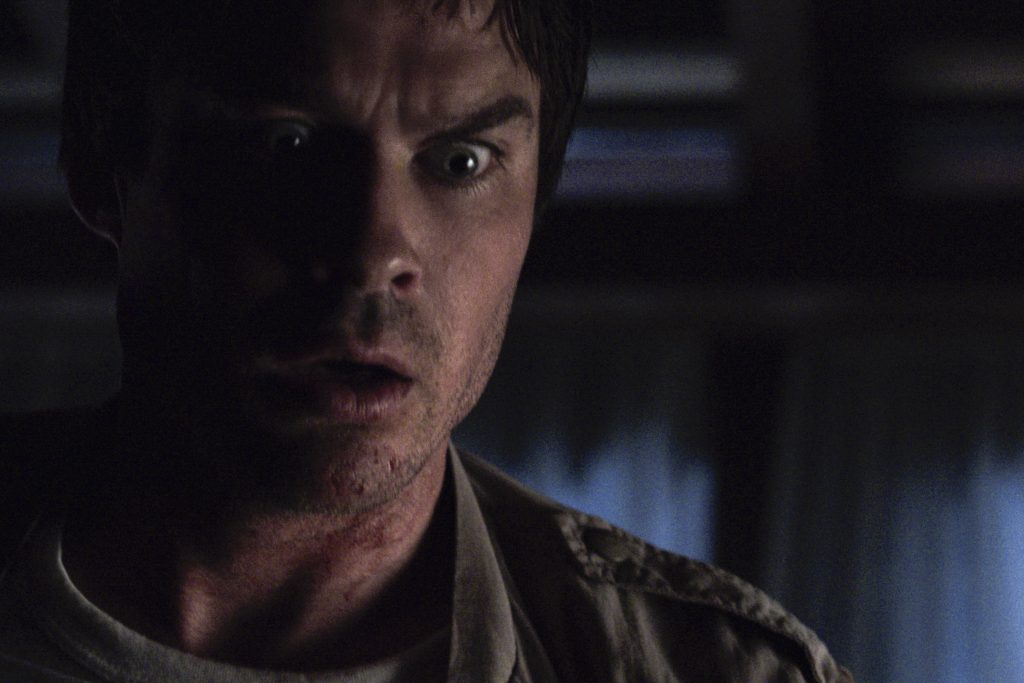 IS: I really want people sharing this and seeing this. I’m really grateful, brother.

V Wars season one begins streaming on Netflix on December 5