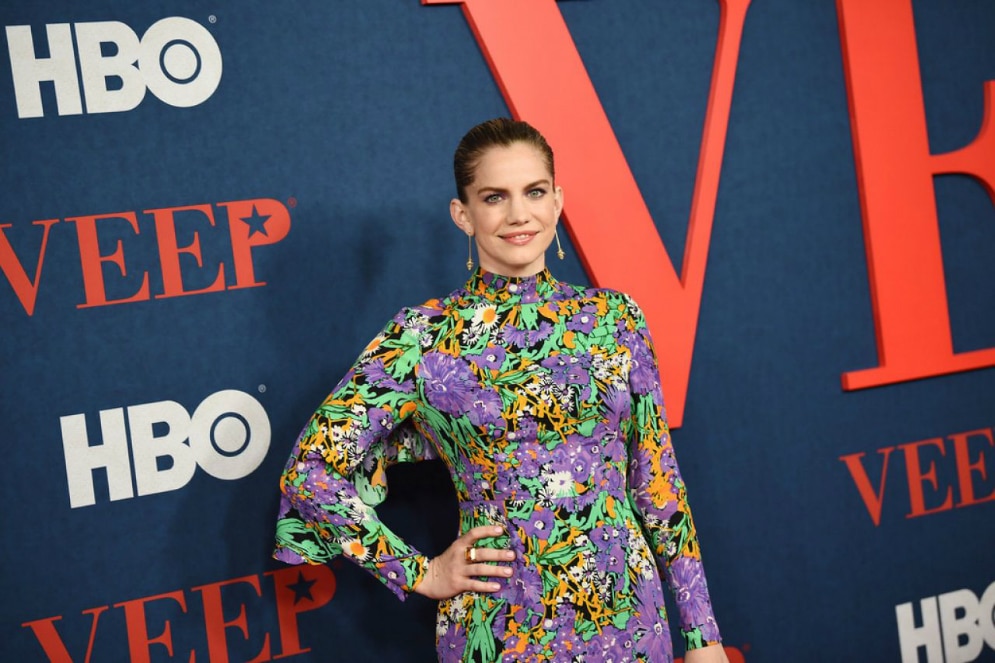 Anna Chlumsky deeply inspired Brief Take‘s Founder and Editor-in-Chief Leora Heilbronn and myself at an young age in the film My Girl. In the interim, the versatile and multi-talented Chlumsky has played fascinating characters in tremendous projects. Her role on Veep, as the Chief of Staff to the titular Vice President, Julia Louis-Dreyfus’ Selina Meyer, produced a multitude of hilarious moments from this brutally honest character.

In honour of the final season of the beloved HBO comedy series, we had an interview to remember with the wonderful Anna Chlumsky. The following is a condensed and edited version of our phone conversation.

BT: What’s going on with Amy as we head into season 7 of Veep?

AC: Amy was pregnant when we left her in the last season, and so she spends a good portion of this season wrestling with that predicament in which she finds herself, and all the while navigating this election that they’ve got. 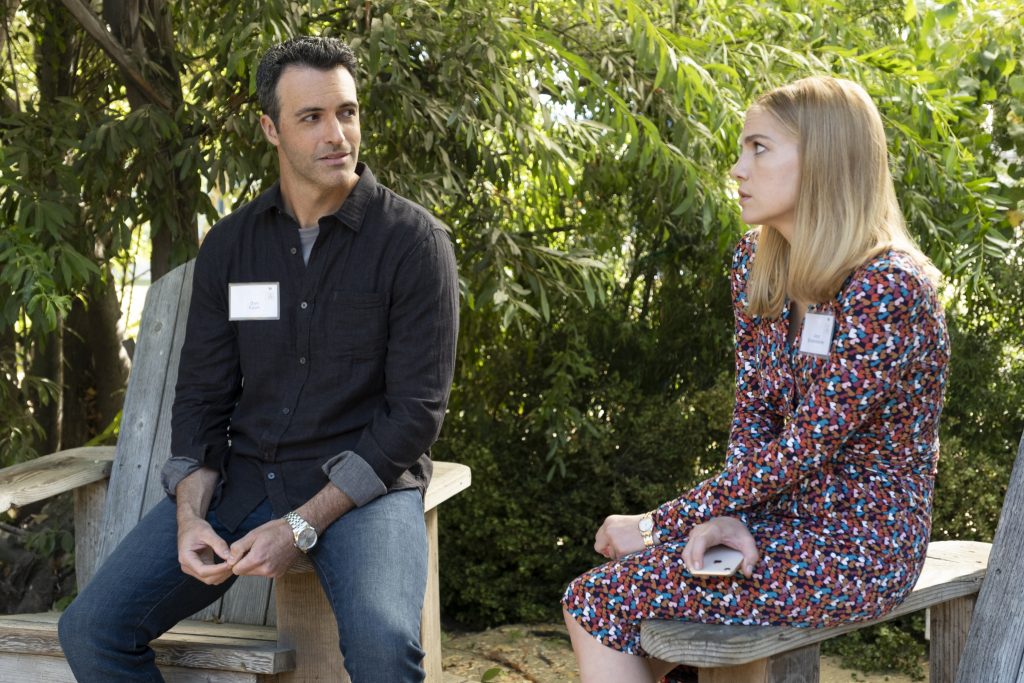 BT: How awesome is it looking back to the beginning of the series to where you are right now?

AC: It’s been an enormous growth experience. I mean I hope that people grow over 8 years[chuckles], but I certainly have, I mean on a personal level. Life has completely happened during the course of this show and that’s been an amazing experience. And yeah, figuring out what it’s like to act in a series that you don’t know where a character is going to end up, and then getting to the end of it and then really connect the dots is super gratifying. And then on top of it to go through a lot of the changes that the show itself has gone through, yeah, it teaches you a ton.

BT: Your characters on Veep and the film In The Loop are dissimilar, but both are layered performances.

AC: It was so important to me when we did start Veep that they are very different roles. Amy is the Chief of Staff—perhaps prematurely, as well in her career and in the domestic arena, and Liza on In The Loop was a staffer for the Deputy Secretary of State, so she was very foreign policy-minded and probably never even set foot past that Sizzler that was across the street from the State Department. [laughs] I think that was something that was really important to me and also to Armando Iannucci when we were all building it together, was like “There are a lot of people who work in that town, and yes, a lot of them have similarities in their personalities, because that’s what’s driving them to be there, but at the same time, you gotta respect their individuality”. So yeah, I think that I would be doing a major disservice both to my own personal craft and also to the show and to the genre if I were kind of just to play them the same.

BT: It must be great to have scenes in which you just let it all out and explode.

AC: I love doing that. I enjoy the fact that the comedy’s in the text, but in playing of it, I’m reading a Greek tragedy. [laughs] 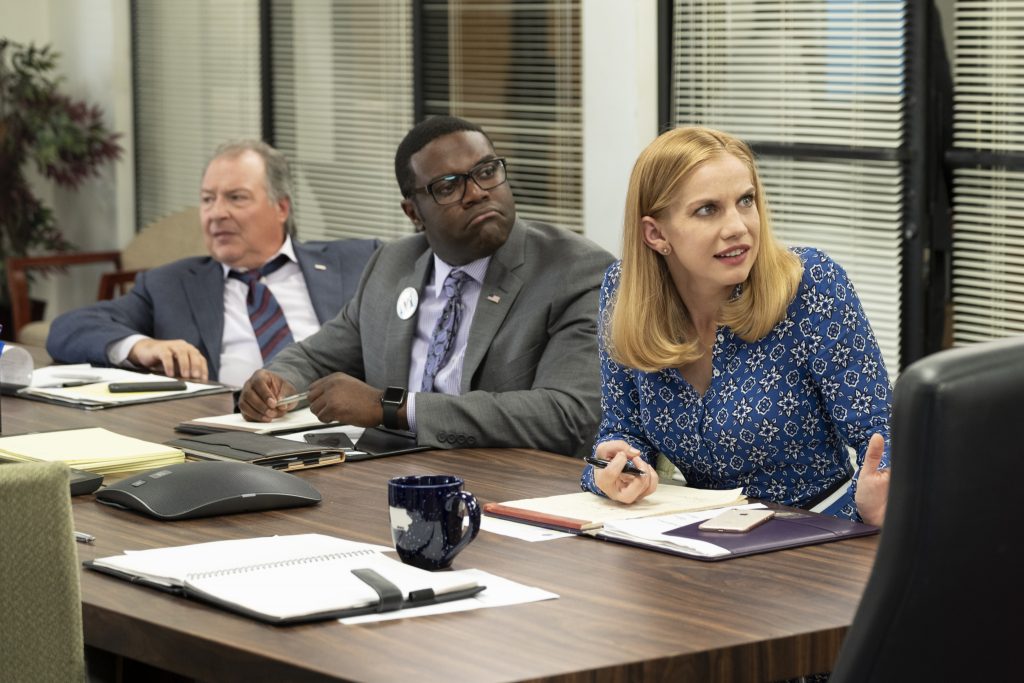 BT: What’s something that you will miss about working with the Veep cast and crew?

AC: You know, I’m not the first person that people would think to call a “people person”, so I sort of surprised myself at how much I am going to miss the relationships. [laughs] You come to have a familiarity with all the people with whom you work over the course of these years, and we’ve spent a lot of hours together, and because it is like we said, so heightened, we’re showing a lot of ourselves to each other and they really matter. They really matter to me and they’ve mattered to me over the last eight years. We’ll obviously all keep in touch and it will never be in this context, and so I think that’s the most profound sort of change that will be there right away.

BT: Does being in a series about supporting a candidate give thought to how you broadcast yourself?

AC: The good thing for me is that I play other people for a living, so I don’t have to worry too much about maybe pleasing others. I think in general, socially, you don’t want to hurt others’ feelings and in that way, you’re kind of watching what you say, but that’s just on a normal level. I think that the stuff which we deal with on the show is obviously mostly for people’s votes because that’s what is politicking, so I feel like the kind of conventional rules that play out in a show like ours aren’t necessarily advertisements for somebody who is themselves all the time. Of course in the last election we found out that those rules don’t even apply any more [laughs], so I feel like the world is sort of in a social Wild West right now. 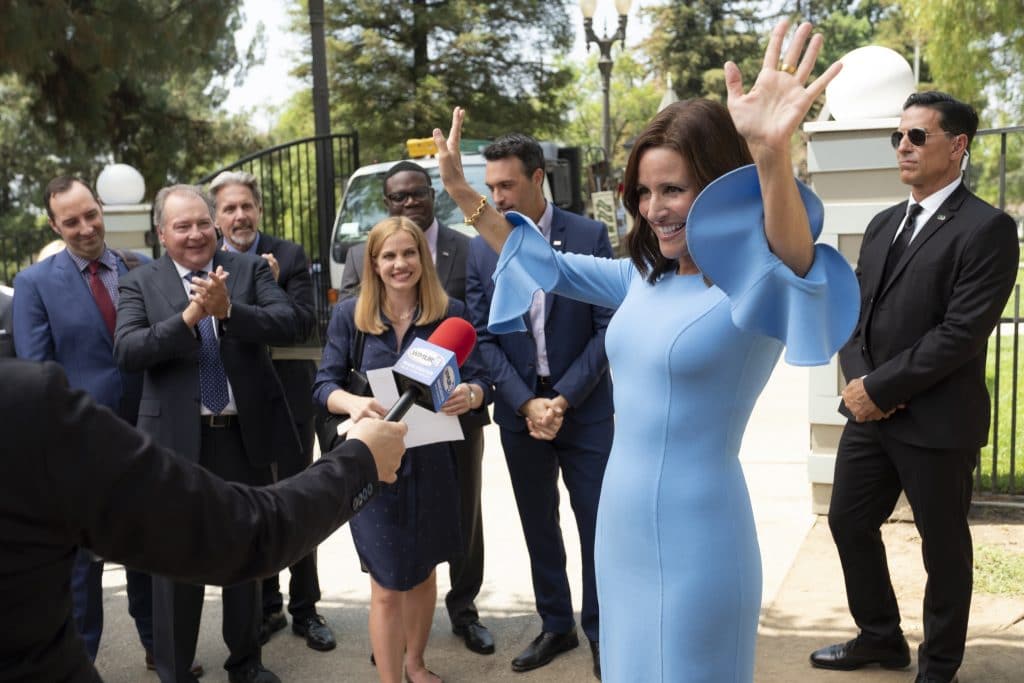 BT: Are you shocked by the range and the spectrum of people that love the series?

AC: I wasn’t sure that people got it, like back in the beginning, like I think that this is funny, but is anyone else going to see the humour in it the way that we do? I think that the fact that people did was deliciously gratifying, especially those who work on The Hill or in The Beltway, or all the other euphemisms for Washington D.C.. It hasn’t surprised me too much that it can cross aisles and things because we’ve always wanted to universally examine the political realm, as opposed to necessarily parodying or skewering one side or the other, so the satire is pretty non-discriminatory. I think that all of us that make the show obviously have our own point-of-view in our own political system, but we definitely try to dole that out fairly among our characters.