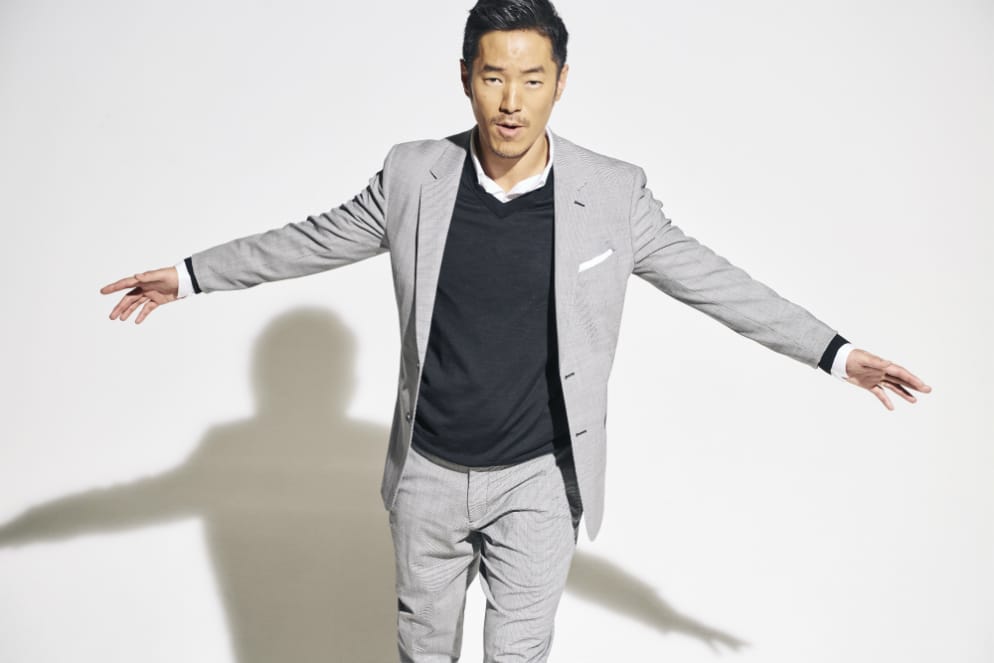 *This interview was originally published during the second season run of Westworld on HBO and Crave.*

If you’re not watching HBO’s Westworld yet, what are you waiting for?! Now into its second season, the sci-fi Western has become even more expansive in scope this year and in this coming Sunday’s episode, we see a whole new side of the park. Argentinian-born, Australian-raised actor Leonardo Nam plays former Delos lab tech Felix Lutz, and it’s his comedic interplay with Thandie Newton’s Maeve that is one of the show’s key highlights week after week. If you’ve seen even one episode of the show you’re probably part of the growing faction of fans that are “Team Felix”- fans who are thrilled to finally see an Asian leading man in one of the highest rated shows on television.

We recently spoke with the bubbly Leonardo Nam on the phone about his adoration of Westworld. The following is a condensed and edited version of that conversation.

Brief Take: As a fan of the show, I have to say that this season of Westworld is even better than last season and this coming episode is the best episode of the show so far!

Leonardo Nam: Oh yeah? Thank you for saying that! Great! When I found out what was going to happen and who was involved and that they put every creative mind into it, I was super excited. And then to be on set, to be filming it, was an absolute dream come true. The authenticity of the world itself and the storyline and the action itself, it was so exciting. I’m so glad to hear that you’re really enjoying this season!

BT: I genuinely think that this season is even more cinematic and visually stunning than the first season, and the first season was well crafted as well. I watched the season two screeners on my tv screen and I think they would be well suited to be seen in a theatre.

LN: Yeah, you know I watched the first episode a couple of times on the big screen. We go around and screen it at different places. At the premiere it was maybe the third time I’d seen it and every single time, because you’re seeing it on a big screen, it was all encompassing and soooo beautiful! I would forget but then remember that this is an HBO show. This is the best of the best. It feels so good on a big screen! Last night I went to Shannon Woodward’s house and she has a great screening room so a few of us went over there to support her and watch the episode. We really have this camaraderie that’s happened over the season on set, not only between the actors but also with the filmmakers and the technical crew as well. And that episode, and I’m sure you’ve noticed this, they’ll have these episodes that are off shoots and no one else from the show is in it. So this one [episode 4], Thandie and our crew weren’t in it so it was fascinating to watch the show and then to ask the camera operators or the makeup people watching it at Shannon’s, “how did they do that?” or “who made that decision?” or “look at that!”. It’s so great because when you’re in it filming, it’s very immersive. So now, to have that time away, and to really celebrate it with people and with the people who were involved in different aspects, it’s so exciting.

BT: This season there’s even more fan theories regarding various aspects of the show, right down to the costumes and the hairstyles. When you’re sitting around watching the show with your fellow cast mates or when you were on set filming the show, did you discuss what your personal theories are?

LN: Oh yeah! All the time! It’s one of those things that when you’re on set, during down time, everyone says, “Oh I don’t know if we should discuss those things”, but then you have to! [laughs] But it’s really inventive and I love hearing that this show has so many really, really engaged fans. I’ve never been on a show that has something like this. When I was doing The Fast and the Furious franchise, people were really excited about that but more about the racing cars and that kind of stuff. So there’s that kind of a fan and then there’s a Westworld fan who has theories about everything. The level that the fans are thinking on is super exciting to me. When you talk to Lisa [Joy] and Jona [Nolan], the creators of the show, or the writers, you start to think, “Wow! you guys put this much thought in it!”, and the fans really engage with the show. It’s such a blessing. 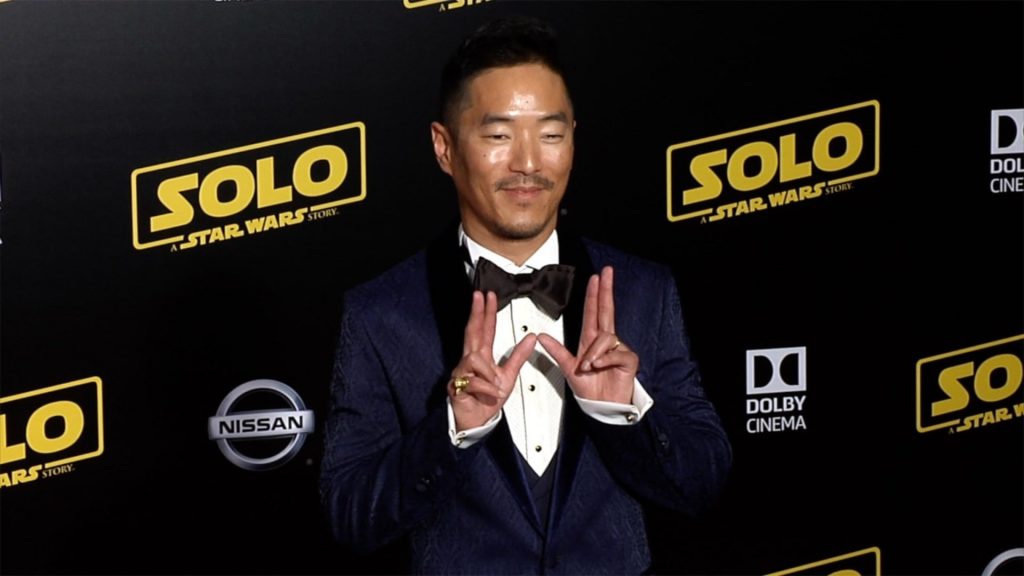 BT: You recently supported Thandie at the Solo: A Star Wars Story world premiere screening. She seems like such a delightful and hardworking co-star. What has your experience been like sharing the screen with her?

LN: Queen Thandie – that’s what I call her. She’s such a generous actor, both on set and in the scenes, but that also bleeds out into daily life. I’ve become really good friends with her and I really admire not only how generous she is to other actors, and I’m the beneficiary of that, but also how she is really passionate and vocal and puts action to causes that she knows need attention. So she uses the platform that she has, being in Westworld and in Star Wars, to really spotlight things that are happening around the world. So I really absolutely applaud her and her work with various organizations. It’s so fascinating to be around her and to really get to know her because literally there are times on set where we’re laughing so much that we’re crying. [laughs] Then people are like, “This is your last warning! Please be quiet!”, but we’re just cracking each other up! Then we’d go into the scene and boom! she is flawless and just on. It’s so great to be a scene partner with her. I’m so blessed.

BT: Without giving away anything, what was your favourite scene to shoot this season?

LN: There is a scene that you guys will get to see coming up where there’s a mad dash and Sylvester and I are part of that. It was just so much fun to be a part of that and to have some action sequences. In season one all our characters wanted to do was bust out of the underbelly of Westworld, you know? [laughs] Then you guys are going to see this wild, SUPER wild ride, especially in the next few episodes. As an actor, to be part of that was super fun. There’s also one particular scene in episode 3 of this season, where Ptolemy [Slocum], who plays Sylvester, and I are leaving and going to the upstairs of Westworld, and when we read that we just went [squeals loudly]. [laughs] We were just so excited!

BT: In your career you’ve worked with an impressive group of actors and directors but who do you still aspire to work with?

LN: You know I really want to work with Lisa Joy. She just directed episode 4 and, like I said earlier, I wasn’t part of that episode so I didn’t get to see her work. I’d heard, of course, about the episode and now I’ve seen it, but seeing the final cut? I was constantly shouting, “how did they do this shot?” or “how did they do that?!?”. A lot of the camera operators were watching with us and their response every time was “oh that was Lisa”. So I definitely am so stoked and so proud of her that she fuckin’ knocked it out of the park. For me, it’s an absolute thrill and joy to work with someone who is so creative and so brilliant and just oozes creativity. I also love what Evan is doing this season. I love the themes and the emotions that she’s really tapping into and I’d love to work with her. Her and I joke all the time when we’d read the episodes. We’d say, “are we going to have a face off? are we finally going to do it?”, and every episode we joke that our characters are finally going to face off but it never happens. So I’d totally love to work with her because she’s an amazing actor and a gem.

BT: Thanks so much for taking the time to talk to me. I’m very much counting down the days each week for every new Westworld episode. Your character is one of my favourites but it’s thrilling to watch a show where the women are fully in control and have taken their power back and it’s not shown from a male gaze.

LN: Thank you and I’m so happy to hear that you’re really enjoying it this season! What I love about this show is that it’s not only a cinematic luxury to be part of it and to have the full backing of HBO, but as an audience member, your’e taken on this epic entertainment journey but along the way it brings up these issues that are in the zeitgeist and it brings it all up for discussion. It brings them up and says, “hey let’s face this head on and what do you think about it?”, and then it moves on to the entertainment factor and then boom! another intellectually stimulating aspect, and then boom! more entertainment. It’s rare to be part of the show that goes in all these different avenues in discussing real issues that are happening right now and what do we think of A.I., what do we think of boundaries and borders between different races and different cultures and role reversals? We haven’t seen female actors in characters like this before. As someone who is part of this show, I’m so grateful to be a part of creating those discussions. It also is superb entertainment, so it’s an undeniable equation and I love being a part of it.

BT: It’s the best of both worlds, so to speak!