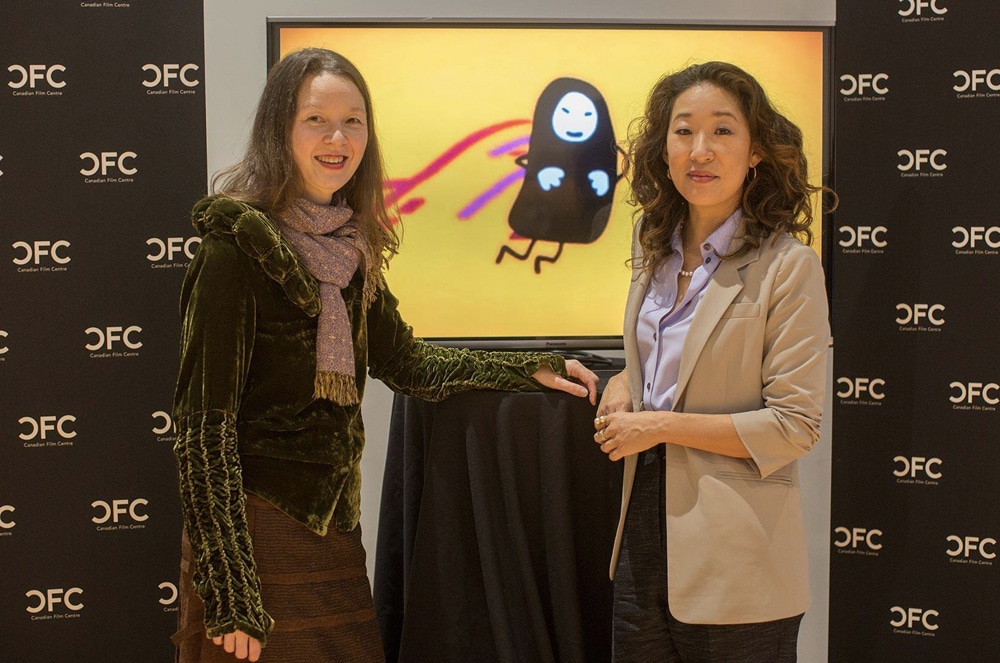 Window Horses, the latest feature from multi-talented filmmaker Ann Marie Fleming, is a quiet yet exceptionally powerful animated film. It explores the universal themes of inclusivity, acceptance, and female empowerment all wrapped into a wholly original story of the Iranian diaspora. Starring and executive produced by acclaimed Canadian actress Sandra Oh, Window Horses was widely regarded as one of the best films to come out of 2016’s film festival circuit.

As a long-time admirer of Fleming and Oh’s respective careers, I was delighted to sit down with the pair during the Toronto International Film Festival this past September. The following are highlights of the thoughtful conversation that transpired.

Brief Take: To begin, can you tell our readers a little bit about this extraordinary film?

Sandra Oh: Window Horses is a feature-length animated film that centers around a wonderful character named Rosie Ming who is a Vancouver girl who is of Chinese and Iranian descent. She’s an aspiring poet and she’s invited to a poetry festival in Iran, which she goes to, and during this time she discovers who she is as a poet through her art and through her two cultures. In her trip she also rediscovers her relationship with her estranged father. That’s what it’s about and it’s a beautiful animated film.

BT: How did you two first meet?

SO: Ann Marie and I first met twenty years ago in Vancouver through the filmmaker Mina Shum. So we’ve known each other a long time.

BT: The film is coming out during a time period where people around the world are frightened of what’s going on around them. Why do you think now is the perfect time for people to see the film?

Ann Marie Fleming: I honestly made this film to have a little lightness in this world that is filled with dark images and fear and mistrust of others. I wanted to have this as poetry for peace. It’s really important for me that this film is out there and that people see it and see themselves in it. I felt that poetry was the perfect conduit for that, especially in Iran because the poets of a thousand years ago are still relevant. They’re still being taught and young people should know that poetry is still relevant and connects us across time. These poems are accessible to everyone around the world because of all the adaptations that have been made. I mean I was introduced to the essential Jalāl ad-Dīn Muhammad Rūmī through Coleman Barks that I got at Pages bookstore here in Toronto. It’s so essential that we see a common ground, now more than ever. We are not just the same across the world, across cultures; we are the same through time.

BT: What do you hope people take away from watching Window Horses?

SO: We hope that people will come out and see it and support it because it’s a great film that’s not necessarily geared towards any one audience. It’s not geared solely towards children, which I think is what we’re used to now with animation-that it’s for everyone.

AMF: To have empathy and compassion for others and for ourselves is such an important message. That’s what I want people to take away from this film.

Window Horses opens in Toronto and Vancouver on March 10th, followed by March 17th in Montreal and then March 31st in Ottawa. The film will open theatrically in other cities throughout the spring.