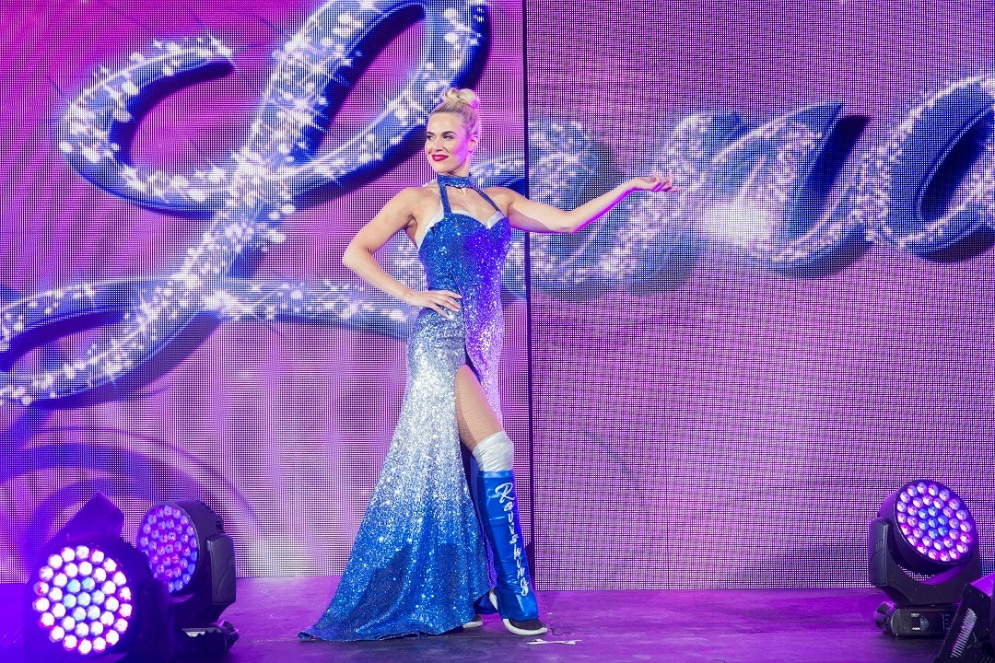 Talking with CJ “Lana” Perry was a one of a kind experience, because The Ravishing Russian was so talkative and revealing with her answers. I kind of wish that every day was CJ “Lana” Day, as in addition to discussing WWE’s Money in the Bank Ladder Match in which she had recently competed, the WWE Superstar also talked about her upcoming film Other Versions of You (which she also executive produced), her journey, her Ravishing Ambition, and may have even revealed that she has a part in an upcoming comic book movie (which I believe has not been revealed as yet).

Here is a condensed and edited version of our captivating chat with CJ “Lana” Perry.

Brief Take: How did you feel about the WWE Money in the Bank Ladder Match? 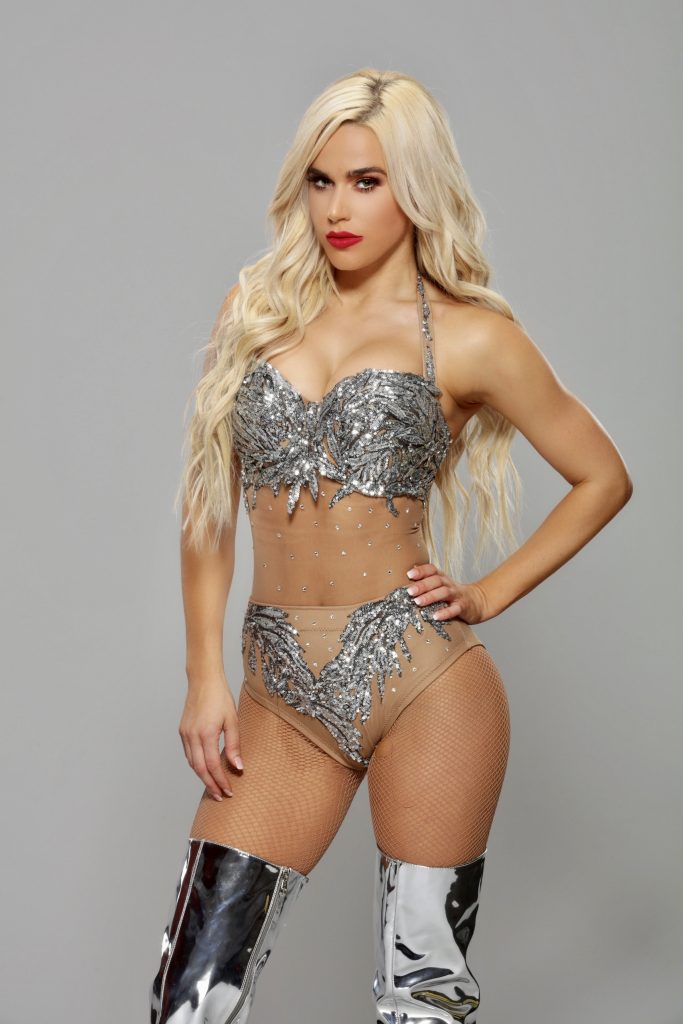 BT: Tell me a little bit about your ascendency from manager to WWE Superstar.

CJLP: It’s definitely been a journey, but I always say, “it’s not about the destination, it’s about the journey”. I always wanted to compete in the ring. I love wrestling, there’s nothing like it in the world. I also love managing and helping other WWE Superstars get more opportunities. I feel like I manage very well and I was able to help my husband. I love managing, especially if I can help other men and women become better WWE Superstars and get title opportunities and become champions. I think it’s important to help one another, so I love managing and I hope to do that more, and help other WWE Superstars, and my husband more in the future. There’s nothing in the world that I love more than wrestling, and there’s nothing I love more than competing in that ring. It’s been a journey because it doesn’t come overnight, and I’ve had a very different journey than many people, and the WWE Universe and people who watch Total Divas as well, you have seen my journey. You have seen my first match at Wrestlemania, in front of 101,000 people at AT&T Stadium. That was my first match ever, live, ever, so people saw that, and my very first singles match at Money in the Bank last year against Naomi, and that was a title shot. The stakes are really really high, and it’s hard to live up to that expectation. But you were able to watch it and you were able to see my very first win on TV at the Mixed Match Challenge with my husband against Elias and Bayley. 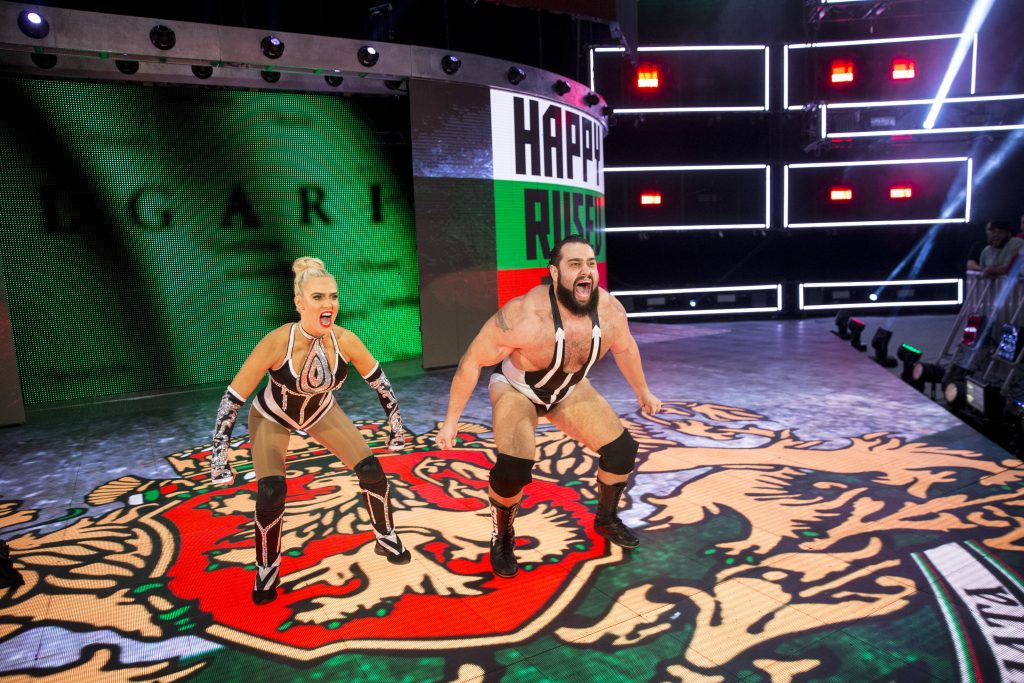 BT: What are some of your favourite places to visit?

CJLP: There are so many cities that I love, but recently I visited the Czech Republic, and that was this past tour, when I was wrestling the European tour. The Czech Republic and Budapest was so beautiful to walk around, the architecture and the food was just amazing. I also really enjoyed South America, Chile and Argentina, Peru, the food is amazing, the people are amazing, the fans are amazing, it’s just, they’re electrifying. I’m about to go to Tokyo and I’m stoked about it. My husband Rusev and I are friends with Shinsuke Nakamura, so he’s going to taking us out on the town and show us where to find the good food. [laughs]

BT: What can you say about Other Versions of You, which you executive produced and star in as well?

LCJP: Yes, thank you so much. I loved storytelling since I was a little girl, I’ve always wanted to tell stories and entertain and put smiles on people’s faces, and I am very thankful that I found this script with my brother that we just love. It’s basically about a man who’s self-searching and he’s travelling in different parallel universes and searching for himself, and he doesn’t even know it. He thinks he’s in love with this girl, and he’s trying to find the girl that he’s been in love with since he was a little boy, but in actuality, it is in that search, it is a self-search, and he’s learning to live in the moment. The film was very well-received and we were nominated for a whole bunch of awards, and we won the Tennessee First award. I wish that I could have been there for the premiere, but I was on tour with my husband. Hopefully soon, people will be able to watch it, and I play a small but important role of Gwyneth.

BT: What can you say about Season 8 of E!’s Total Divas?

LCJP: In Season 6, you saw my husband and I get married, you see my in-ring journey, and you are going to see it all in Season 8. I’m actually in Lake Tahoe right now with the girls filming, and this season you’re going to see a lot of exciting things, everything from my husband and I trying to promote Other Versions of You before that premiered, to training for my ladder match, winning my first match, and you really do see the highs and the lows, and you’re really going to see that this season. I share my disappointment, and I work through my disappointment, and I think in life that’s the most important thing, is what do we do with our lows, it’s going to define our future. What are we going to do when we’re disappointed and discouraged? Those little moments are literally going to define our destiny. So I hope to continue to be able to encourage other people to keep on pursuing their dreams no matter what, through my journey this season on Total Divas. 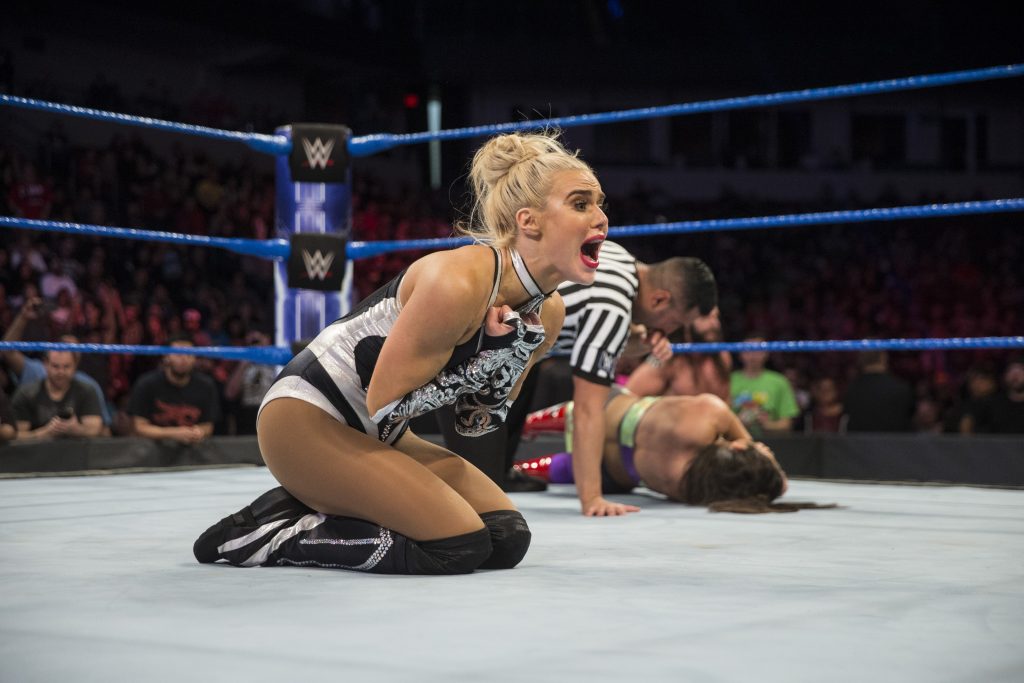 BT: How would you describe yourself right now?

LCJP: Well, I would say that I’ve just been me. [giggles] Some people love me, some people hate me, but currently right now…I hate to use the word “tweener”, but I think that I’ve stayed very steady in telling my story on SmackDown. And my story is the girl that she managed, she is very ambitious and I have a ton of Ravishing ambition, my character that you see on TV right now and the story that I’m telling is an extension of my real story, and this girl, how did she get her title opportunity? Well, she’s ambitious! You can say that she’s ambitious cheating, you can say ambitious whatever you want to say, but she got herself that title opportunity. And maybe she was a bit conniving with it, but she still got it. I think that maybe it was too soon, but she still got it. You’re not going to put me in this Money in the Bank Ladder Match? Fine! Watch, I’m going to get my title match. But was ready? No, she wasn’t ready for the title match. Lana would always get the opportunities for Rusev and that was a part of her ambition. But when she got that opportunity for herself, it’s taken her a while, as I refer to myself in the third person, she always came up short. I always came up short and then I got it, and that’s why people cheer, because in a match, I never cheated. And if you go back and watch all my matches and wrestling as a heel, I still didn’t cheat. Maybe I was a little dirty, but I didn’t cheat and when I beat Billie [Kay], I beat her fair and square. That’s why people start to cheer, it’s relatable. Not everybody is genetically superior, like Charlotte, not everyone is the most athletic person in the world, like Naomi, and you’ve seen it’s my own story, I’m not the best and I’m not the greatest athlete. But the reason why they say “Lana is the best, Lana number one”, is when I fall flat on my face, I get back up and I try again. 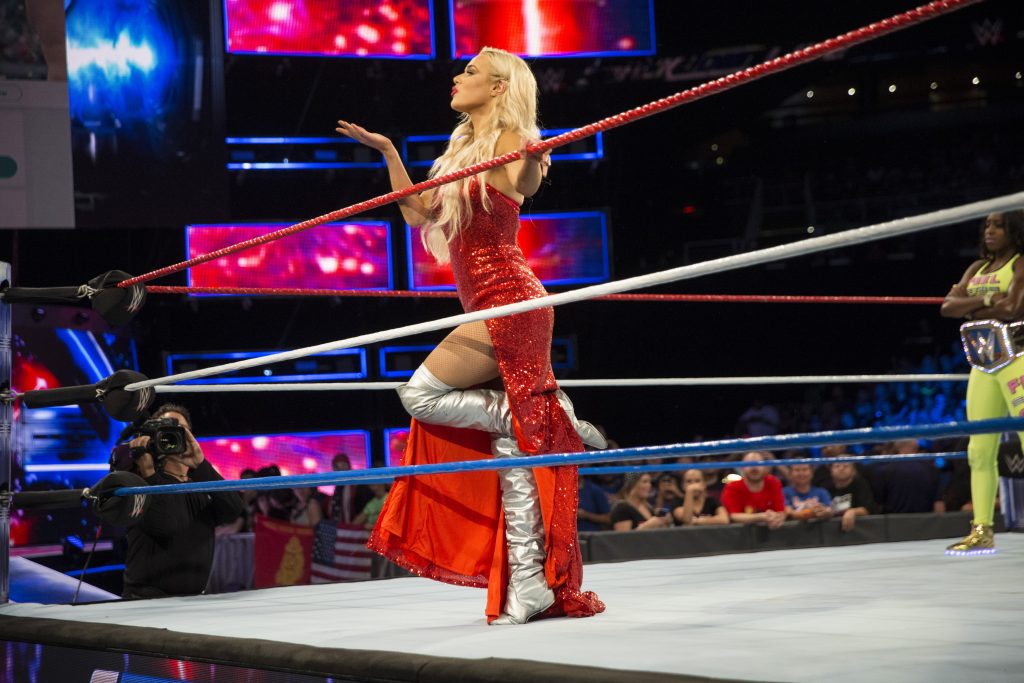