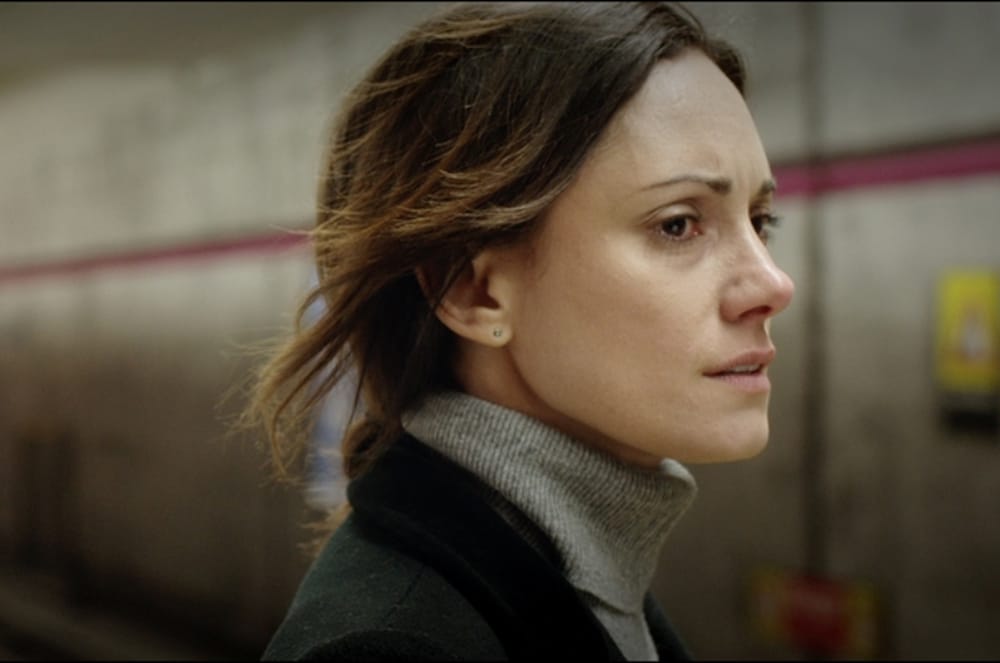 The horror anthology XX is a one of a kind experience. The contributions from writers and directors Jovanka Vuckovic, Annie Clark (also known as St. Vincent), Roxanne Benjamin, Karyn Kusama and artist Sofia Carrillo mesh together perfectly, though each individual film easily stands apart as its own separate, unique entity.

Our interview itself was also a one of a kind experience. This is because Vuckovic, a former editor of Rue Morgue Magazine and writer/director of The Box, was sick but soldiered on, doing the interview by phone, while her lead actress, Natalie Brown, discussed her experience face to face while at a downtown Toronto bar. It was a singular experience and it worked, and we learned quite a bit about the brilliant anthology XX.

Brief Take: Why do you feel like now is the ideal time to release XX?

Jovanka Vuckovic: Well, it was kind of forced upon us because it had been in gestation for about four years, a lot of director line-up changes over the years, and we really all wanted to get the movie out there because everyone has been waiting for so long. We thought “You can’t do much better than Sundance”. (The film) also coincided with the largest protest in history. There were marches in Sundance as well, and one of our directors couldn’t make it to the premiere because she was planning on marching in Washington, and so it all dovetailed quite perfectly. We couldn’t have planned it this way, obviously.

BT: How was the shoot?

Natalie Brown: There was a lot of great action in the background of the subway car [while filming The Box], but we shot the day of a snowstorm and it was eerily quiet. There was almost nobody on the Sheppard line. (to Vuckovic) You were actually hoping for more background noise.

JV: What’s the name of that station that we shot at? Kind of like a no man’s land?

NB: It’s so fitting that this is where we shot.

JV: Yeah! It was very weird, eerie to be down there being there in the morning and there’s no one around. Natalie was changing, because she was supposed to be on the subway on different days, she was changing right on the platform and holding up a coat. Real guerrilla film-making.

Brief Take: So…what is actually in the box?

Brief Take: My reading is that it’s Pandora’s Box, with all of the evil leeching out and what is left is hope. This is because it’s the ultimate parable in the time of President Trump.

JV: That is really fascinating and incredibly insightful. People bring their own experience to the movie and people think it’s about child abuse.

JW: And the telling of secrets in the family, or that the box itself is the curse. I get a different answer every time and [book author] Jack Ketchum never answered the question in his story. So when I call him up and go, “Hey, Jack, so what *was* in the box?”, he said “You know I can’t tell you that”.

NB: Wow, I wonder if he even knew. It’s so intentionally non-specific, I wouldn’t say ambiguous. For me, I think that in my mind, the box is empty. It’s all the expectations that we have about life and all the things that it’s supposed to give us and just all of the anticipation of holidays, or what is to come.

NB: And when you find out that it’s nothing, the profundity that life is meaningless, is enough to suck the literal life out of you.

NB: She was so disconnected, that the meaningless of life is lost on her until she’s awakened through the death of her loved ones and that there can be an awakening through death that we experience, and for me it was always that the box is empty. And that he feels like “why should I go on living”? Why? We die, so…

JV: That is a very insightful reading. Natalie is very smart, obviously.

NB: I thought it was so obvious (laughs).

JV: It is an existential horror story.

NB: I was just going to say, this Valentine’s Day, what better place to get creeped out and cuddle than at the Imagine Carlton?

The Edge of Seventeen Blu-ray Review