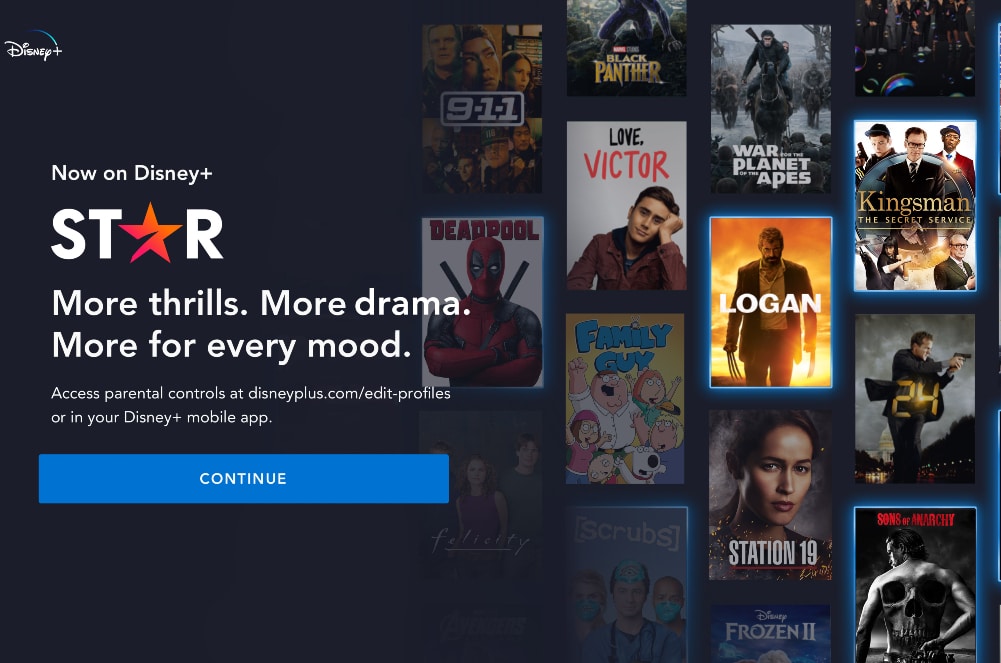 Without fail, every time we’ve posted our exclusive interviews with talent from Hulu titles (whether it’s our extensive one-on-one interviews with the cast of Love, Victor, or one-on-one interviews with the leads from Helstrom), we’ve been bombarded with messages from our Canadian readers asking when they can watch those shows in our home and native land. Even when we posted our extensive interview coverage with the cast of Marvel’s Agents of S.H.I.E.L.D. (seen here on CTV and ABC) right before the series finale, we received a lot of messages from our beloved Canadian supporters asking how they can binge watch the entire show. Well Canadians, you’re in luck because starting today, there’s a new general entertainment brand on Disney+ that encompasses thousands of hours of movies and television from Disney’s creative studios, including Disney Television Studios, FX, 20th Century Studios, 20th Television, Touchstone, and more. Under the new STAR tile on Disney+, there’s now 150 fan favourite TV series and 500 movies for you to watch, with more coming your way in the coming months. My personal favourites include Moulin Rouge!, Speed, Working Girl, and Pretty Woman on the movie side, and Buffy the Vampire Slayer, Felicity, and My So-Called Life on the TV side. As part of today’s launch, Disney+ has added new parental controls enabling the family-friendly experience parents expect, including the ability to set limits on access to content for specific profiles based on content ratings and the ability to add a PIN to lock profiles with access to mature content.

I recently had the opportunity to chat over Zoom video with Walt Disney Studios Motion Pictures Canada’s VP of Marketing, Greg Mason and he gave me a preview of what to expect on STAR (including awards contender Nomadland, coming on April 9th).