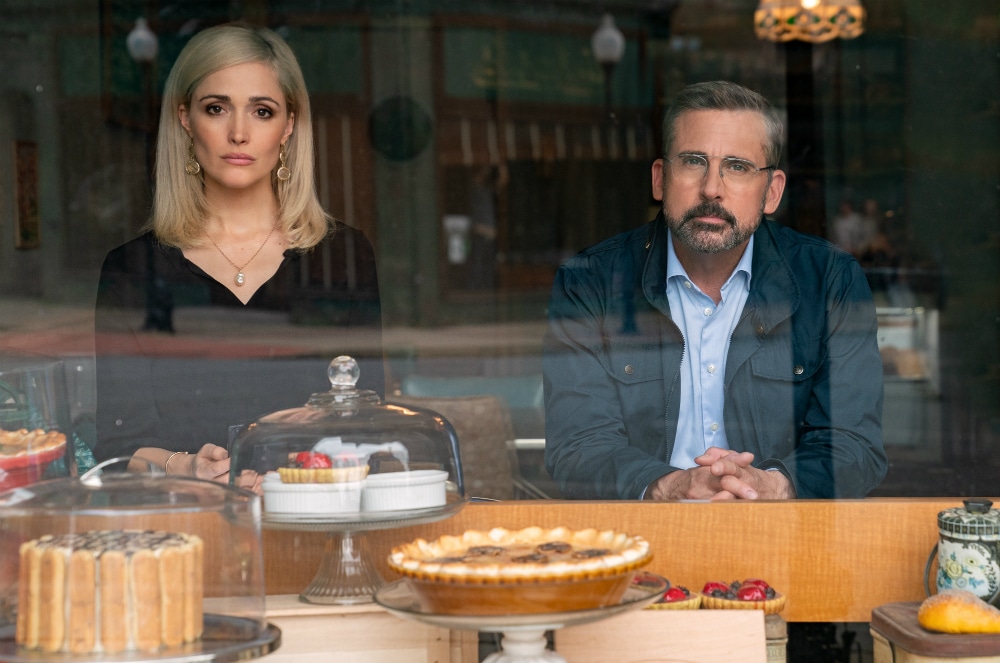 It’s understandable not to want political takes from Jon Stewart in 2020. Far removed from his heyday as muckraker-in-chief during the George W. Bush administration, Stewart still preaches for moderation and less hyper-partisanship. In this, he’s half-correct—particularly where the breathless political media is concerned—but he understates the necessary response. In that spirit of trepidation, I approached Stewart’s new film Irresistible, which returns to the days after the 2016 presidential election, the exact moment many moderates would say it all went wrong.

In the wake of the Democratic Party’s failure, Irresistible introduces Gary Zimmer (Steve Carell), a political strategist looking to set the party back on the path to victory. After a viral video surfaces of former marine Jack Hastings (Chris Cooper) standing up to his small-town Wisconsin mayor, Gary latches onto him as the Democrats’ next great hope. A plan emerges: help elect Jack as mayor and then groom him for the national stage. For Gary, this all makes sense—even if, practically speaking, it doesn’t. To that end, the film expounds on how everyone in this political process is seemingly at odds in both tenor and purpose. Stewart’s comedic efforts here—even reunited with old pal Carell—don’t quite work, but his ultimate thesis is right: there’s way too much money in politics. In getting there, the film scatters in too many directions—taking shots at the media, data scientists, Super PACs, and more—to be truly effective. But Stewart’s punch eventually lands thanks to a swerve few will see coming.

I won’t say more about this twist, but it must be mentioned. For most of Irresistible, Stewart pokes fun at the ways rural Americans (represented by Cooper, his daughter played by Mackenzie Davis, and more) and the D.C. elite (Carell, an amped-up Rose Byrne, et al.) misunderstand each other. This has become so ingrained in every election cycle it makes for a tired film. Stewart’s final flourish, however, offers both a clever undoing of this sentiment and even a tiny (if fantastical) way forward. I didn’t think he had that in him.