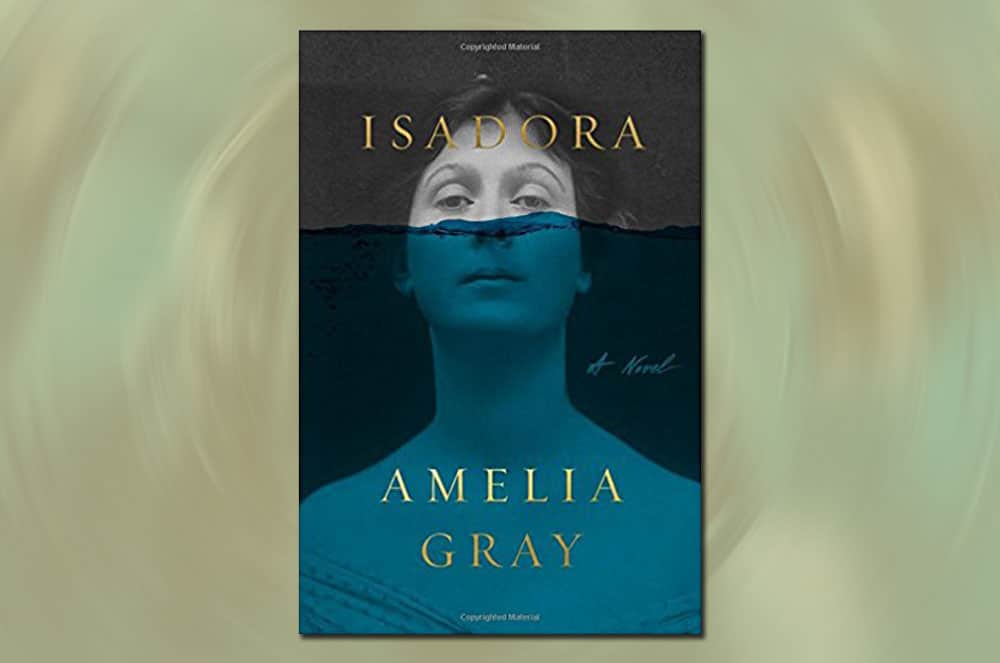 As a fan of Amelia Gray’s previous novel THREATS, I knew that when I was reading her follow-up Isadora that it would be somewhat of a different experience. Though there was a short story collection Gutshot to separate the works, appropriately they feel interconnected (though one certainly doesn’t need to read the former to appreciate the latter). Isadora Duncan is a woman who, quite frankly, was not easily understood. The idea of modern dance taking the place of speaking for her tragedies and experiences does not easily lend itself to book form. In fact, there was an allusion to Isadora Duncan in the Lemony Snicket books which I was reminded about in the course of its adaptation to Netflix.

Writing about artists can be difficult enough in itself, and Grey further challenges the reader by focusing only upon a year in the life, a year that was marked by several tragedies that further limit the comprehension and understanding of the dancer. Furthermore, THREATS was about as spare as could be, and a postmodern novel about a modernist artist seems about as inaccessible as possible.

Therefore it is of wondrous surprise that Isadora is something of a page turner. Because in many ways, it should be as dull as dishwater. For starters, if a reader doesn’t have the faintest clue as to the context, Grey doesn’t provide much in the way of clues. This book is not a biographical recreation of Duncan’s existence. This starts with the idea that books of this ilk, attempting to recreate a life, often feels like artifice and almost always work better as a biographical account. What saves Isadora from the same fate is that by all accounts it is artificial. It at least seems this way and here are some of the clues: (the previous book was like a mystery presented obliquely): the beautiful cover presents Isadora’s head submerged almost two thirds under water, which is a chilling reminder of a drowning but also an allusion to the field of psychoanalysis which is in its infancy at the time of the novel and feels like an attempt to parse the specific time of Duncan’s life.

The chapters themselves are particular as well, as a short summary is provided for each, removing the sense of unexpectedness but imbuing a sense of throwback style. This is a classic style and feels like a Emma Donoghue book, only even more inward.

A scene towards the end of Isadora plays like an episode of “going under” and if the reader does the same, they will be much rewarded.

Isadora was provided by Raincoast Books in exchange for an honest review. It may be purchased from your friendly independent bookseller or other fine bookstores.